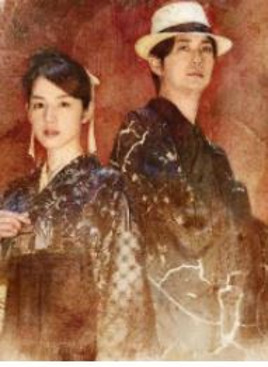 The Centennial Case: A Shijima Story

Full motion video was an exciting prospect in gaming a few decades ago. Having real video footage of actors interacting with the player made the gaming experience much more cinematic and immersive. Unfortunately, this trend never took off as the titles that utilized this approach were impressive on a tech level, but typically weren’t the best games. The Centennial Case: A Shijima Story hearkens back to this cinematic approach to interactive storytelling. Returning to this niche format is a bold move, but depending on how the story unfolds, perhaps the full motion video gameplay approach just needs the right story to tell.

During The Centennial Case, players step into the shoes of protagonist and mystery novelist Haruka Kagami. During an autograph session, she and her editor Akari Yamase run into her scientific consultant, Eiji Shijima. Shijima wants to hire Kagami under the guise of writing about the Shijima family cherry blossom ceremony, but there are ulterior motives afoot. What he truly wants her to investigate is the alleged Fruit of Youth that has been in the family for generations. Oh, and a recently-unearthed skeleton. This introduction leads Kagami down a winding whodunnit road, as more mysteries appear that need her sleuthing.

The Centennial Case takes place over several chapters and through different time periods. This is actually a well-done feature of the game where the actors take on new roles and costumes to give a sense of authenticity to the scene. Instead of pouring over articles and notebooks about a century-old murder, Kagami and the player are transported to the time where it actually happened. The Centennial Case is a cinematic experience by nature of the use of FMV scenes and actors and this episodic approach makes it feel more like a miniseries than simply an incredibly long movie. 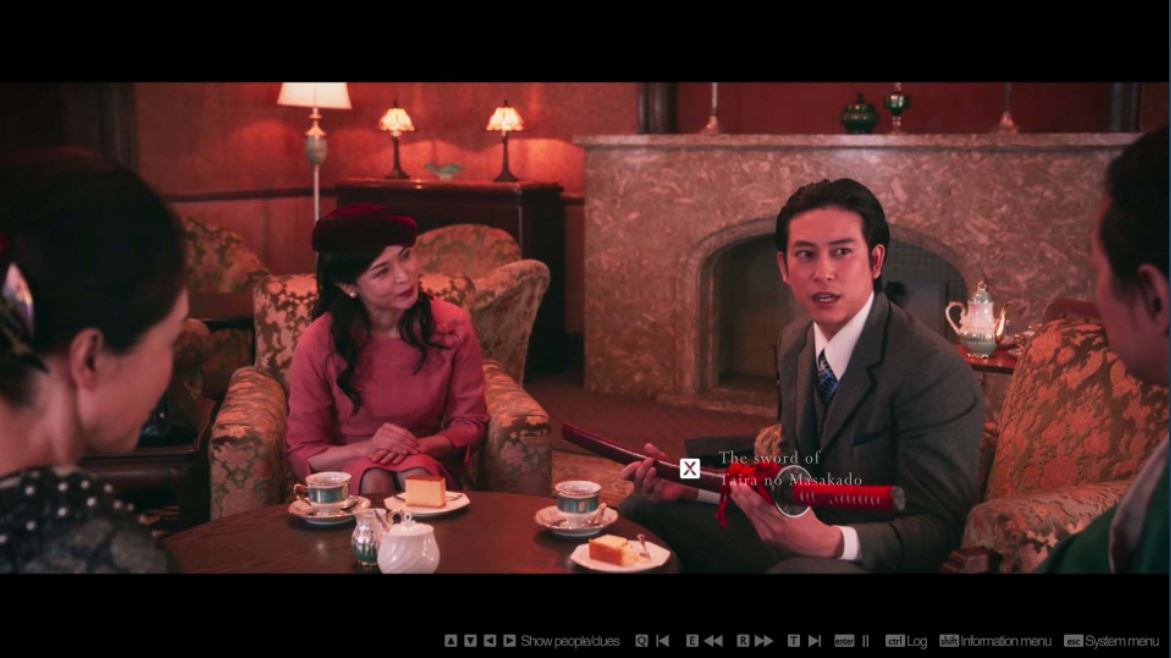 During Kagami’s interactions she acquires different clues which are distributed throughout her mind in the form of hexagons and videos. There are red hexagons that ask questions about the events that were observed in the FMV sequences that are connected to grey hexagons. There are also yellow hexagons that are the clues that found along the way. These are dragged into the the grey hexagons so the questions and clues are properly aligned. It’s actually a simple process, though the controls seem better suited for mouse and keyboard than a controller and this process does get tedious. Once all the hexagons are properly sequenced together, Kagami can come to a hypothesis.

This is an interesting system to give some gameplay element to The Centennial Case, but it isn’t flawless. To be fair I’m not sure what a better alternative would be. Pairing together the clues and questions gets tedious quickly and the interface for doing so was clearly designed with a mouse and keyboard in mind. Just because a hypothesis is formed doesn’t mean it is the correct hypothesis and there isn’t any real penalty for drawing the wrong conclusion. Kagami looks embarrassed as she makes the false accusation faux pas and the game screen goes to the bad ending, but seconds later the player can try again. There are some minor choices that can be made in dialogue, but like jumping to the wrong conclusion, these don’t effect the story in any meaningful way other than serving the purpose as providing an illusion of choice. 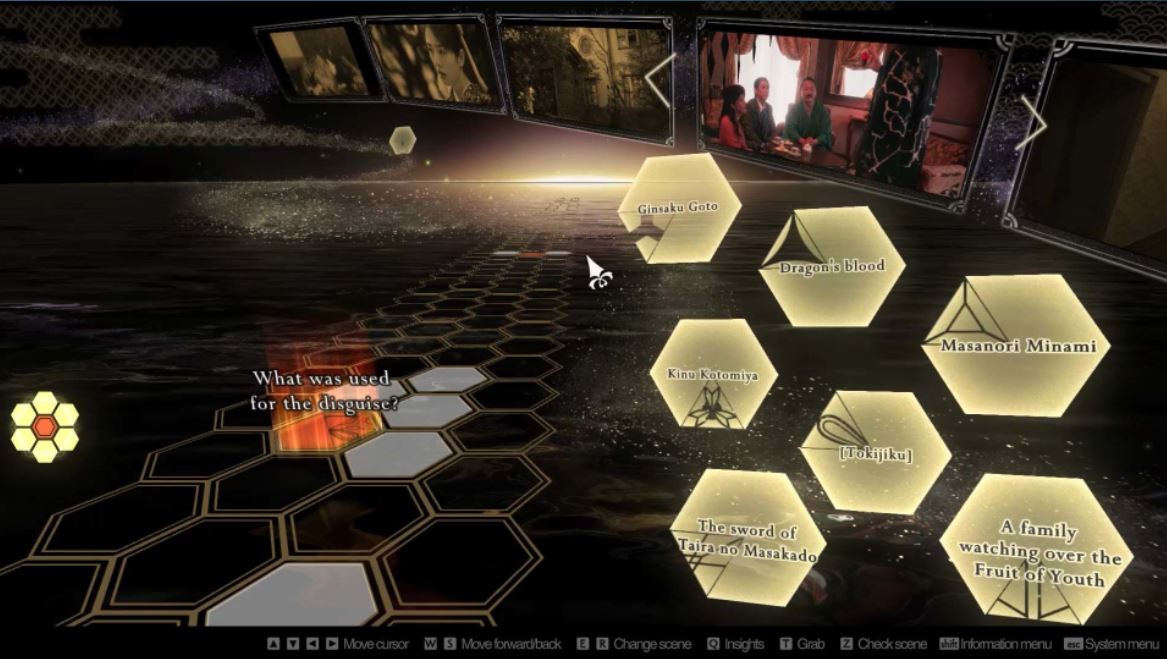 On PlayStation 5 the visuals look amazing in their 4k glory, though other platforms I believe are only at 1080p. While the visuals are great that only makes up half the cinematic experience and audio doesn’t play second fiddle to it. The soundtrack, aside from just being pleasant music to listen to, masterfully punctuates important scenes. While not being a Japanese speaker, it sounds like the Japanese voice track uses actors that are at the pinnacle of their craft. The English audio doesn’t deserve as much praise as it suffers many of the common shortcomings that dubbed films endure. The lip sync is never close to being accurate, which is understandable, while the delivery and inflections don’t always seem to fit the totality of circumstances. It’s a nice alternative for people who don’t like subtitles, but the Japanese audio track is the recommended way to go.

The Centennial Case is one of the better FMV games out there. The videos feature top notch production. Between the settings, props, costumes and actors watching the story unfold is akin to viewing a big budget film. The story was able to captivate my interest during the entire playthrough, which is the main reason why someone would want to invest the time into The Centennial Case. The gameplay mechanics are the weakest link, where forming the hypotheses isn’t too challenging but can become tiresome. Placing together some clues can take a relatively long time and without having the greatest user interface, sleuthing can feel like a chore. 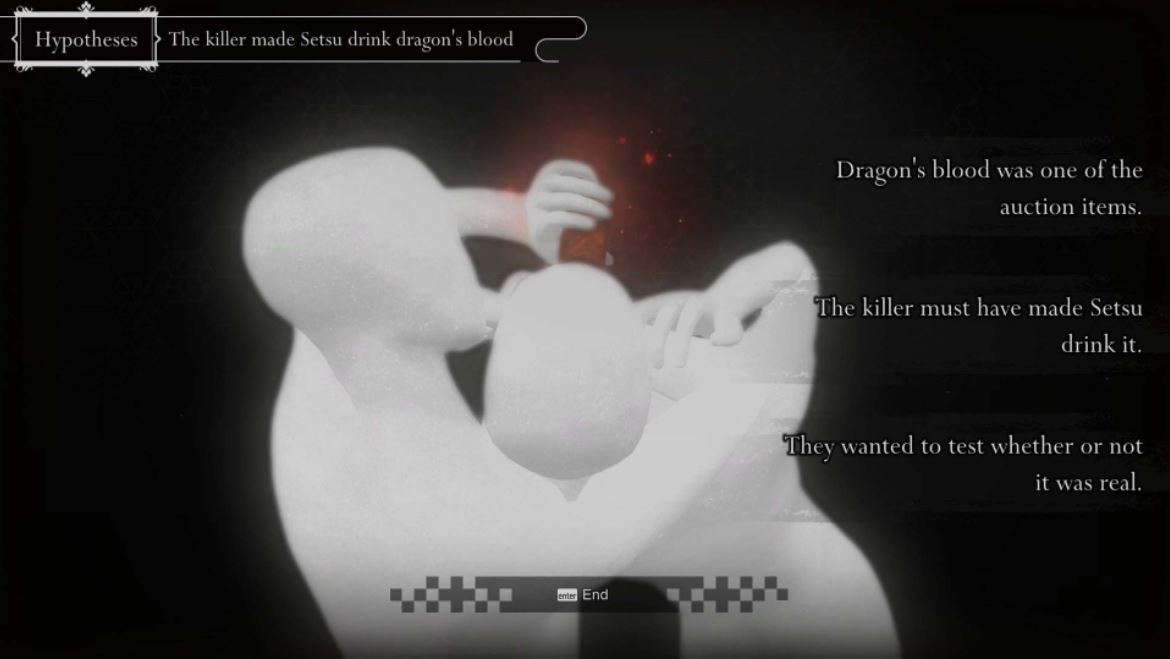 In the history of gaming there have been experiences where everything about the game is fantastic except for the actual gameplay. The Centennial Case: A Shijima Story falls into this category. The well-written story keeps the player captivated through the entire playthrough while the music perfectly complements each scene. The acting cast is top notch, especially if the original Japanese audio track is used. The hexagon system of coming to a hypothesis can get quickly tedious, and with no penalty for a wrong conclusion or choices that have any impact more than the illusion of involvement, there isn’t any replay value. But the lackluster gameplay aside, The Centennial Case: A Shijima Story is a wonderful story that should be experienced and one of the better attempts at an FMV game.