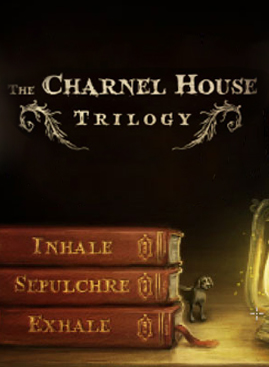 The Charnel House Trilogy sprang forth from a freeware adventure game, and it feels like it. Sepulchre, the game that spawned the project, is a short but horrific AGS title made by Owl Cave as a side project during work on Richard and Alice. The Charnel House Trilogy turns Sepulchre into the second chapter of three, expanding on its premise of a ghost train where past and present blur together and reality is at best a flimsy veneer. A new prologue titled “Inhale” puts us in the shoes of a cynical millennial girl named Alex Davenport as she prepares to board the train, and a much longer third chapter called “exhale” illuminates the mystery of the Sepulchre while giving us a bit of closure on the original game’s dark, ambiguous ending.

Normally I’d be all for a project like this – and with around 2 hours of content The Charnel House Trilogy certainly earns its five dollar asking price. The game’s production values easily match or exceed those of any other AGS game you can buy on steam, with incredible animations and effects from the immensely talented Ben Chandler (artist behind Wadjet Eye’s Blackwell games and the upcoming Shardlight). It also has an amazing, atmospheric soundtrack courtesy of Jack De Quidt (Castles in the Sky), Nervous_Testpilot (Frozen Synapse) and Bryan Henderson (the “God of Gods” who won 22 Cans’ Curiosity). Unfortunately, these talents feel a bit wasted on the undertaking. Horror doesn’t always benefit from illumination, and some stories are better left short.

Sepulchre is creepy, clever, and enigmatic, leaving its protagonist Harold Lang unsure if he’s going insane or the world is going mad around him to the very end. It takes cues from the Silent Hill school of horror: the train’s other riders don’t seem to be seeing the same things you are, and they speak inconsistently like apparitions in a nightmare. The train is full of subtly unnerving imagery, like the huge bags scattered throughout the rooms that twitch as you walk past them and occasionally appear where a person once stood. There isn’t a single jump scare in the episode, but regardless the ending leaves you shaken. 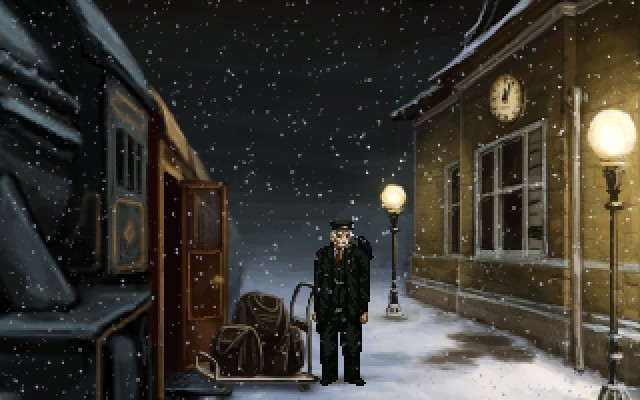 The newly-added segments, both of which star Alex Davenport, are a little too over the top and explicit for their own good. Inhale is pretty light on scares, and focuses instead on establishing Alex’s character, but it’s nothing we couldn’t learn once she’s on the train (as we do with the irritable, alcoholic Harold). The whole chapter feels as though the game is spinning its wheels to reach an acceptable running time, and though its real purpose is to set up twists that pay off in the finale, its attempts at foreshadowing just end up spoiling things to come. If you play this chapter before Sepulchre, you’ll know ahead of time that something spooky is going on with the luggage AND that the train is definitely supernatural, effectively ruining the psychological tension.

Of course, the same tricks wouldn’t work a second time anyway, so the third chapter attempts to play with Alex’s situational awareness compared to that of Harold in Sepulchre. Things start getting weird quickly in Exhale, and as Alex cottons on just as quickly to what’s happening. Her friends begin appearing in the train’s compartments, acting as though they’re at a party at her place from a month ago, and after a brief freak out she takes advantage of the situation to redo the night’s events, hoping for a better conclusion. She also has a run-in with a stalker who was pursuing her in the city, but despite how traumatic that must be she has a conversation soon after that shows she understands he’s just a figment created by the train. 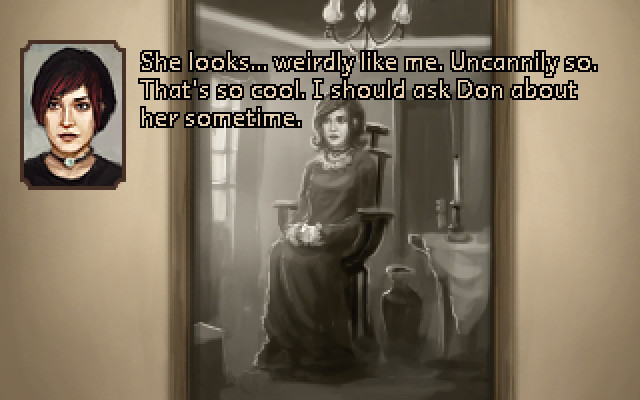 By bringing in characters from Alex’s life Exhale manages to drastically expand The Charnel House Trilogy’s cast, which in turn creates more opportunities for dialogue. By contrast Sepulchre has just four characters, one of whom is mute, and most of its writing is devoted to unnerving descriptions of the train, as well as Harold’s reactions to the creeping horror. That’s not to say the writing in Exhale is weak – if anything, dialogue is writer Ashton Raze’s strongest point – but it doesn’t leave you feeling isolated in the same way, and the fact that you can get a straight answer out of most NPCs de-fangs the elements of psychological horror. Things do get a little tense once the identity of the stalker is revealed (though it’s easy enough to guess in advance), but that conflict ends in a rather dull physical struggle that feels like an anticlimax.

While the game isn’t particularly spooky, it is engaging enough to keep you playing to the end, thanks largely to sharp writing and (mostly) solid voice acting. Madeleine Roux and Peter Willington do great turns as Alex and Harold, allowing fear to creep into their voices naturally as the game goes on and selling the horror around them. Most of the supporting cast does a fine job as well, although their sample quality is more than a little uneven – one of the guests at Alex’s party sounds like she’s recording in a wind tunnel with the same mic I use for our podcast. The only sore spot is Jim Sterling as Alex’s neighbor Rob, whose tea kettle squeal of a Yorkshire accent grates like nails on a chalkboard. If you can get past the voice Sterling has fine delivery for YouTube rants, but he only has two settings on his acting range: smug and crazy. Horror games rarely call for smugness, so when he shows up spouting awkward pleasantries it makes the game’s big twist blindingly obvious. 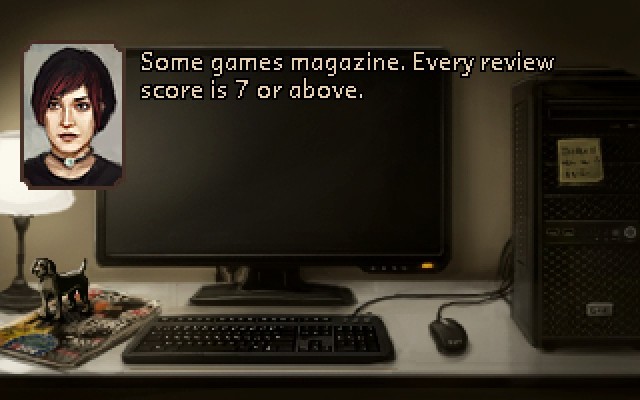 That’s kind of the crux of the problem: everything in The Charnel House Trilogy is too obvious. You see most of the scares coming a mile away, it’s super easy to see through the psychological tricks that it tries to employ and once you understand what’s going on with the train it doesn’t feel particularly ominous anymore, no matter what tone the graphics and music might otherwise set. Horror benefits from ambiguity. It’s what made Sepulchre so strong, and the new chapters of The Charnel House Trilogy strip it away. The game does leave some questions unanswered, but only for the sake of teasing a sequel, which is coming – as it tells us in the crassest way imaginable – in 2016.