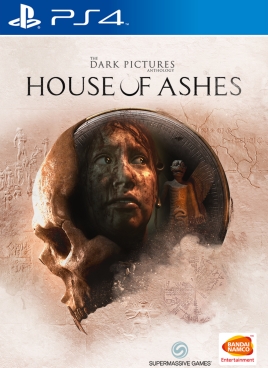 Supermassive Games’ Dark Pictures Anthology hasn’t exactly gotten off to the great of starts. Man of Medan was only so-so at best, while Little Hope was an improvement, but still couldn’t reach true greatness. But hey, certain horror franchises don’t hit their peaks until several sequels in — Final Destination had to wait until its fifth film before it got its first fully fresh batch of reviews. So maybe there’s hope with House of Ashes to finally give this anthology the boost that it needs, the first true classic that paves the way for the rest.

Set in 2003 at the close of the Iraq War, House of Ashes once again draws from mythology and urban legends just like its predecessors, centering around self-proclaimed Akkadian god-king Naram-Sin’s temple, one built to appease the gods and lift a major curse. During a mission to retrieve what they believe to be a cache of Saddam’s chemical weapons, a team of US soldiers, marines and CIA agents along with a group of Iraqi soldiers get trapped underground in the massive temple after the ground breaks beneath them during a firefight, and now they have to try and put their hostilities aside in order to find a way out. Especially once they learn that the temple may have a little infestation, that of what which appears to be the demonic variety…

Much like with Little Hope, there isn’t much point dwelling on the gameplay for long, as it largely remains unchanged…except for one truly notable addition, that of the greatly-requested full camera control. Yes, for the first time in these games, you can swing the camera around and have greater control of your character…in theory, anyway. In reality, it kind of comes across as a “be careful what you wish for scenario,” since the new spin on the camera makes movement seem more awkward this time around. Characters frequently get turned around too easily, movement feels stiff on occasions, and trying to aim it so that your character is properly facing something to examine can be a pain. 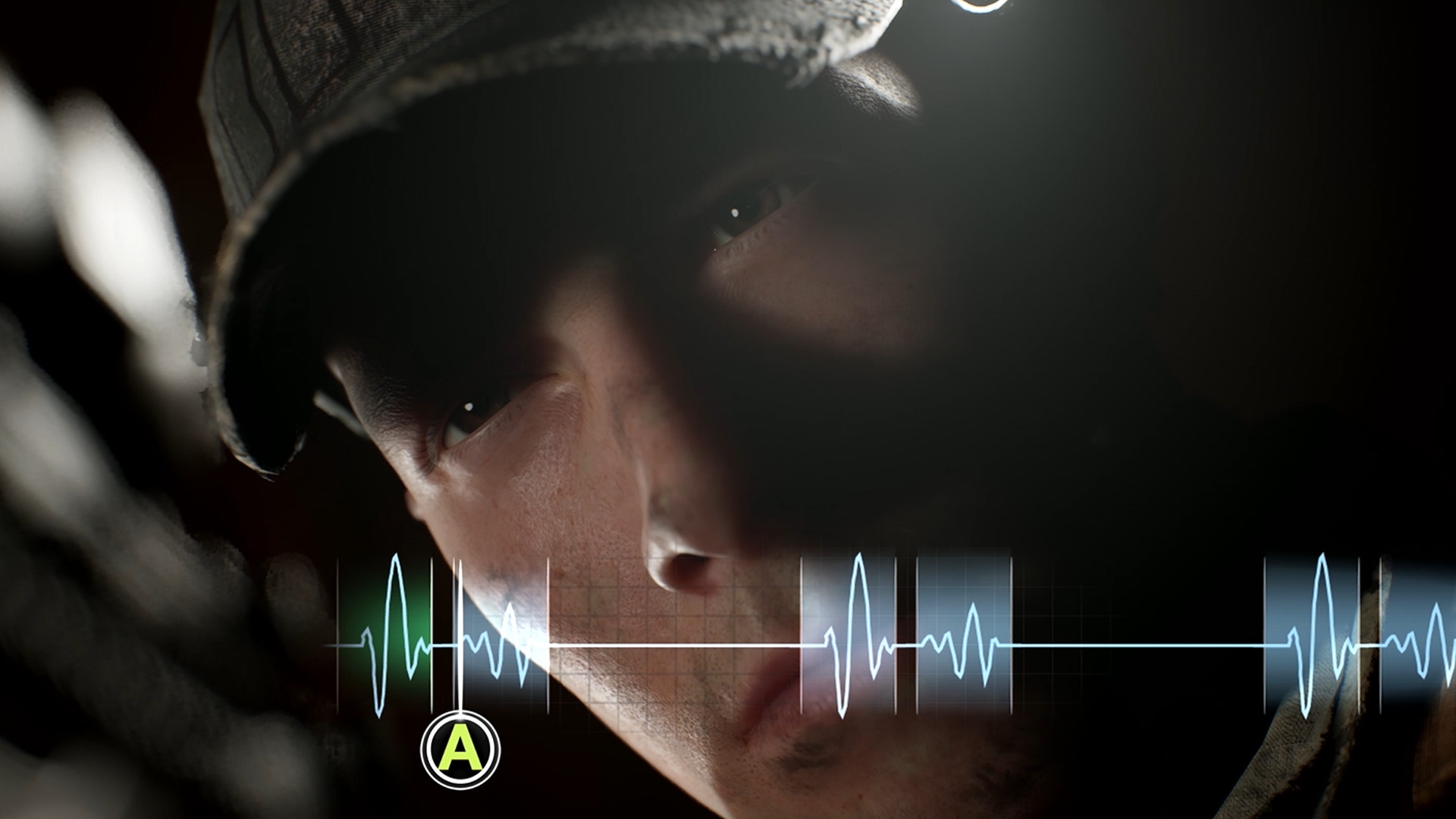 In fairness, though, the camera and movement aren’t exactly helped by the setting in House of Ashes not doing them any favors. An ancient Sumerian temple crawling with monsters makes for perfect horror game fodder, but less so when the temple is underground and a vast majority of the game is played in darkness, requiring you to grapple with the lighting as you try to figure out exactly what you’re looking at and what way to go. One other new gameplay addition is that of a flashlight which you can toggle on and off in order to help look for areas of interest, but it comes across as having a relatively small range. Needless to say, the visuals aren’t exactly its strong point (at least not until the end), save for impressive monsters designs.

But one final gameplay addition to House of Ashes is that of a multiple difficulty setting which allow the QTE events to be altered. Considering that Little Hope felt like a cake walk due to its QTEs, this is welcome, and is equally welcome for those who want to focus on the story more. And for bonus points, there’s an added emphasis this time around on not going through with a QTE being the right option at times, such as letting someone caught in a gunfight escape in order to build trust with someone else, or not overdoing it when trying to calm doing a soldier in pain. It’s a relatively simple tweak to the formula, but one that pays off.

Speaking of the plot, though, it’s possible that House of Ashes is easily the strongest entry so far in The Dark Pictures Anthology when it comes to its story. For starters, and without going into spoilers, one of the more disliked common plot points in the previous two games has finally been done away with, and the proceedings are notably less groan-worthy because of it. Things also feel a lot more open when in comes to the paths each characters can take and the fates they can wind up with. Once again, per tradition, virtually all of the main characters can die at nearly any point in the game, and to illustrate my point, two particular characters died at the midway point in this writer’s initial walkthough…and they were two of the least expected deaths. So the game established then and there that it wasn’t kidding around. 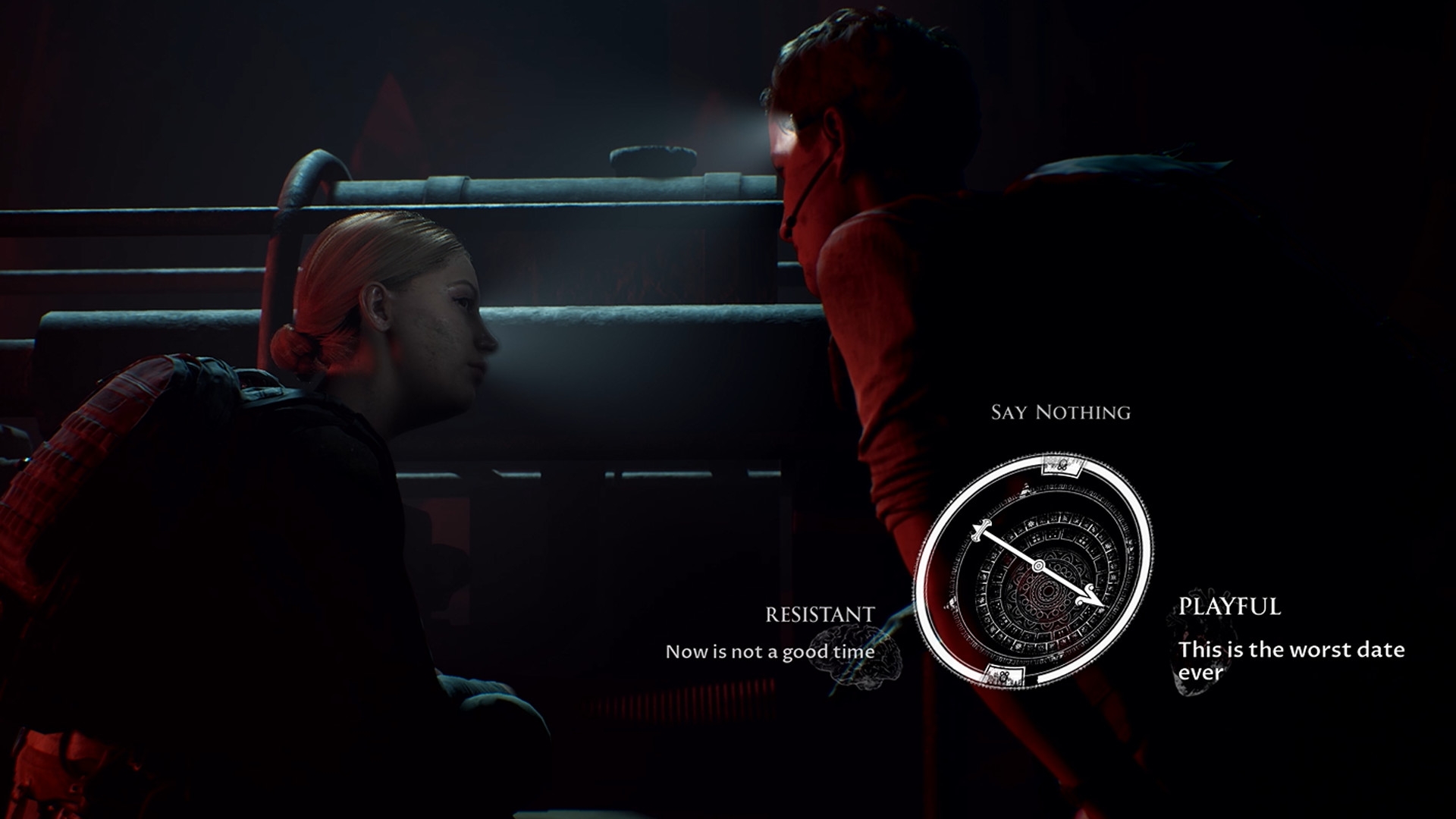 Then there’s the unique way the game will flip the script on you with the twists in each act. Again, this is tough to explain due to spoilers, but House of Ashes starts out as one kind of horror story you probably expected, before flipping to another kind of horror story to didn’t, then to a third you really didn’t expect while still going back to the second one at times. It actually starts to become bonkers by the end, in kind of a good way. As previously mentioned, the monsters are also impressive and make for an imposing threat, adding more to the paranoia fuel already created by the War on Terror-era setting, with Iraq and US soldiers having to decide whether to confront each other or work together.

On that particular note, Iraqi Lieutenant Salim is an enjoyable character with nice chemistry and the highlight of the main characters, though all of them are well-done and have their notable moments. Even those like Jason, the typical gung-ho patriot soldier of the era complete with “Remember 9/11” cap are given moments where they get to show their deeper sides, and a look into events of the war that have affected them. The only real weak link is the romantic subplot between Rachel and Eric. Seriously, can we have one of these games that isn’t bogged down by a romance seemingly included just to provoke the relationship meters?

The cool story with a nice amount of terrifying moments can easily be enough to make up for the mix of wonky movement and dim lighting that threaten House of Ashes, but then there are the bugs and technical issues. Perhaps these are just exclusive to the PS4 version that we played, but the list of issues encountered include textures that never popped in or took too long, items that were stuck frozen in mid-air during cutscenes, one moment where movement was frozen and a restart was required, and worst of all, atrocious sound mixing at times, with missing effects and dialogue bits, volume that was higher or lower than expected, stutters and more. 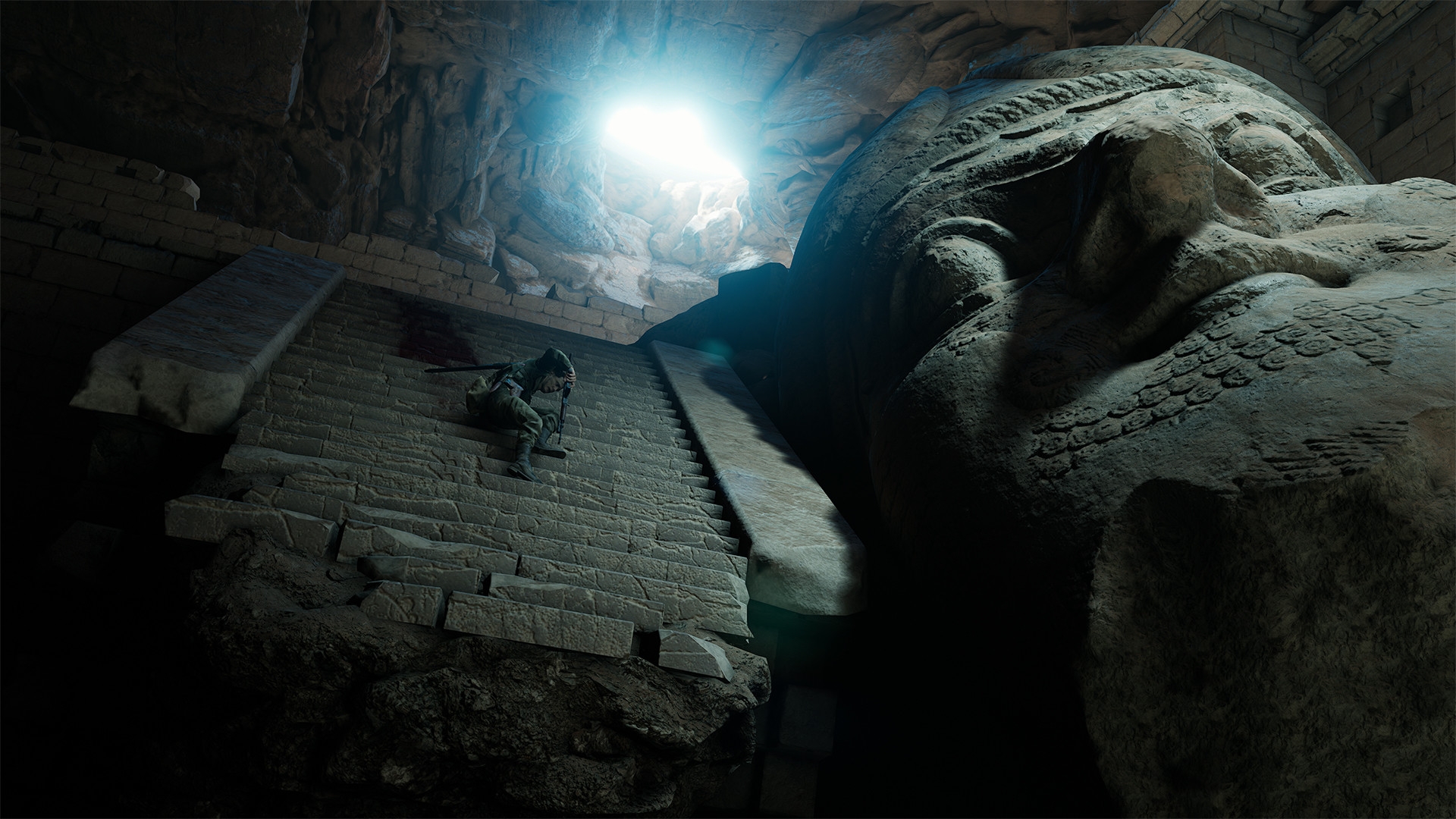 The Dark Pictures Anthology still needs to iron out a few things before it can produce a truly classic entry, but thanks to a strong and fun story with a lot of twists, welcome difficulty options and stronger choice-based gameplay, House of Ashes shows the series is still striving to make notable improvements when it comes to crafting scary and entertaining tales. If the final collectible painting and message for the always enigmatic curator are any indication, the fourth entry with be taking place in something inspired by the likes of the Cecil Hotel, so here’s hoping for another nice chunk of horror that improves things even further.