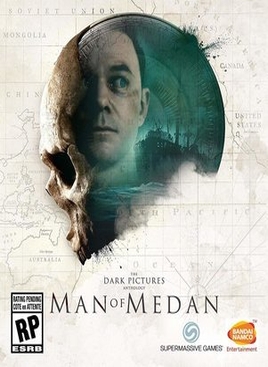 In 2015, developers Supermassive Games gave us Until Dawn, a hit adventure/horror game that took everyone by surprise. It had a setup that was a cool ode to ’80s horror films. It had interesting gameplay that revolved around a branching narrative that was executed well. It even helped to kick off Rami Malek’s career, thus contributing to a future Academy Award-winning actor (something our own review eerily predicted). So as one may expect, a spiritual successor from the same developers — and one kicking off an entire anthology of similar games — is going to draw excitement from people. But is the first entry, Man of Medan, the type of horror sequel that goes above and beyond the original or just retreads similar grounds and gore?

Set in the Pacific Ocean, the game follows divers Alex, Julia, Brad and Conrad as they head out to search the wreck of a sunken World War II plane on the Duke of Milan, a small ship captained by our fifth main character, Fliss. After successfully finding the wreck and finding hints at something greater, though, our protagonists find themselves at the mercy of would-be pirates, dragging them to claim the new finds for themselves. What they find is an abandoned WWII freighter, the titular Medan, and they all board it, willing or otherwise…only to find several ghosts, zombies and other supernatural happenings aboard, forcing them to survive, find out what’s happening and escape.

So with the setup out of the way, let’s begin with a discussion of the gameplay. Have you played Until Dawn before, read our review of it or just know anything about the game in general? Then congratulations, you’re already one hundred percent familiar with Man of Medan’s gameplay.

I mean, really, it almost feels like Supermassive just literally cut and pasted everything from Until Dawn here. The choice-based gameplay with branching narrative, the QTEs, the fixed camera angles, the hidden items to investigate that provide plot details, the changing relationship values and floating traits in the character menus (complete with me still having no idea how the traits factor into the actual gameplay), the ability to move faster that’s less of a run and more of a saunter, the narrator that appears in between chapters…hell, it even uses a version of “Conversations with Death” as its theme song again! 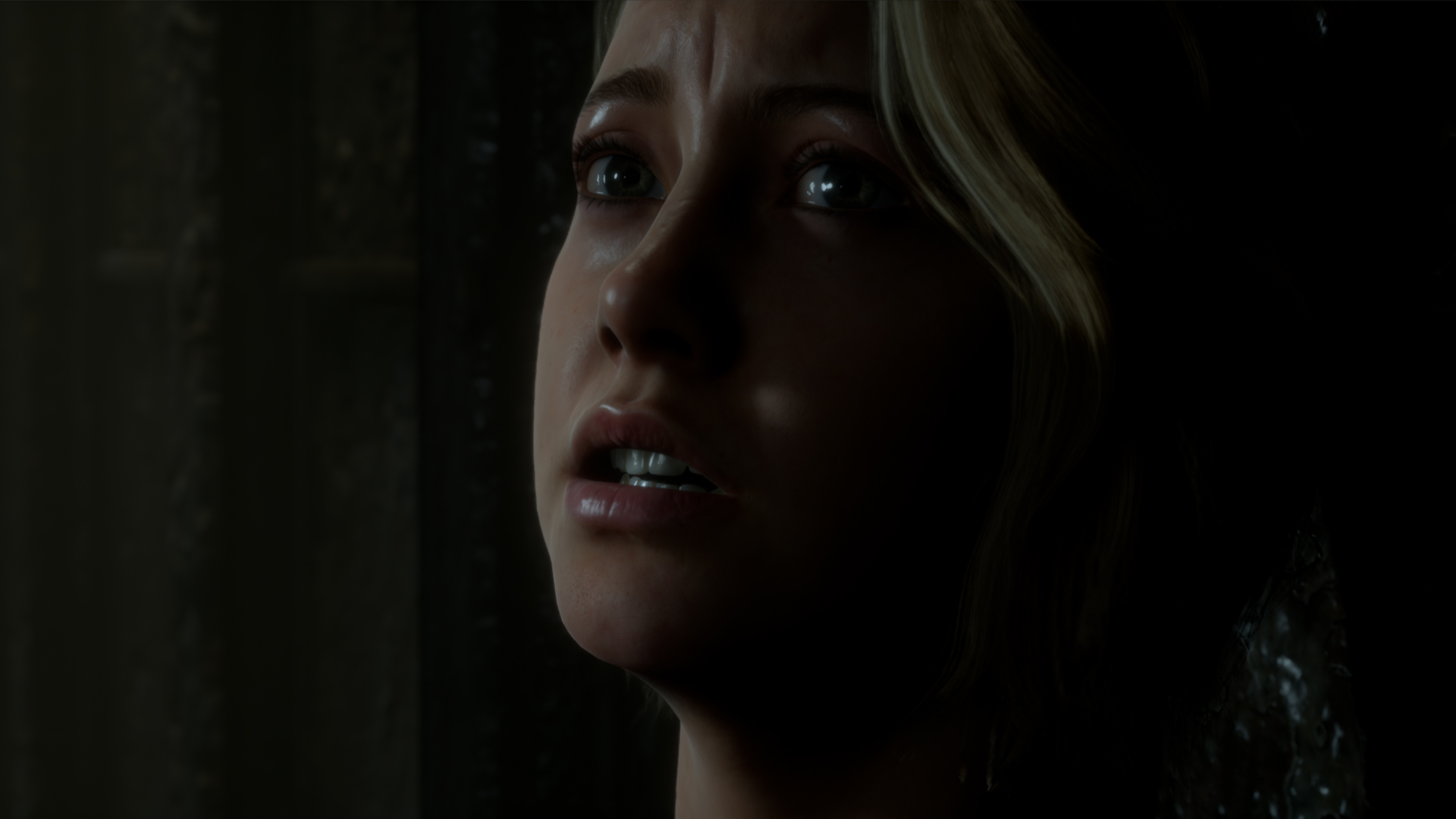 Seriously, it’s actually easier to just list the actual gameplay changes, which are extremely minor. First, the dialogue choices now have an option to simply say nothing, and also have “Head” and “Heart” designations. The gist is that when you have dialogue choices, one is based more on logic, and one on emotions…except when you’re given two Head decisions or two Heart decisions. Honestly, it feels purely aesthetic. Second, the prophetic totems to search for also now take the form of paintings instead and only come in two categories instead of five: one kind showing possible deaths and one kind showing possible future events in general. Finally, the much-maligned mechanic where players has to hold the PS4 controller completely still in order to avoid detection has now thankfully been replaced by one where you just tap a button in time with a heartbeat.

But yeah, that’s it. Man of Medan isn’t aiming to reinvent the wheel, and honestly, I’m fine with that, even if things almost feel shamelessly cut-and-paste. Until Dawn’s gameplay was already good as is, so while more minor tweaks and additions would be fine, it’s still easy to get used to and controls nicely. For that matter, graphics-wise, the game is just as fine as Until Dawn and the same goes for the music. I am disappointed with the lack of innovation, but there’s still fun to be had here. This does mean that Man of Medan becomes a difficult game to review, though. See, since there’s not much point in discussing the core gameplay due to how similar it is to its predecessor, good as it is, that means we have to spend more time on how the narrative stands up instead, given its importance to the game and its focus on an ever-shifting story, and this sadly is where things go south.

Now, as mentioned in our original review, a lot of Until Dawn was largely just paying tribute to old slasher films and similar horror films, but it was a well-crafted slasher film. It had a cohesive narrative with some nice twists, had you understand everything that happened by the end of the game and ended with a satisfying climax. In contrast, Man of Medan just feels…sloppy. The ingredients are mostly there, but they don’t seem to come together or have various plot holes.\ 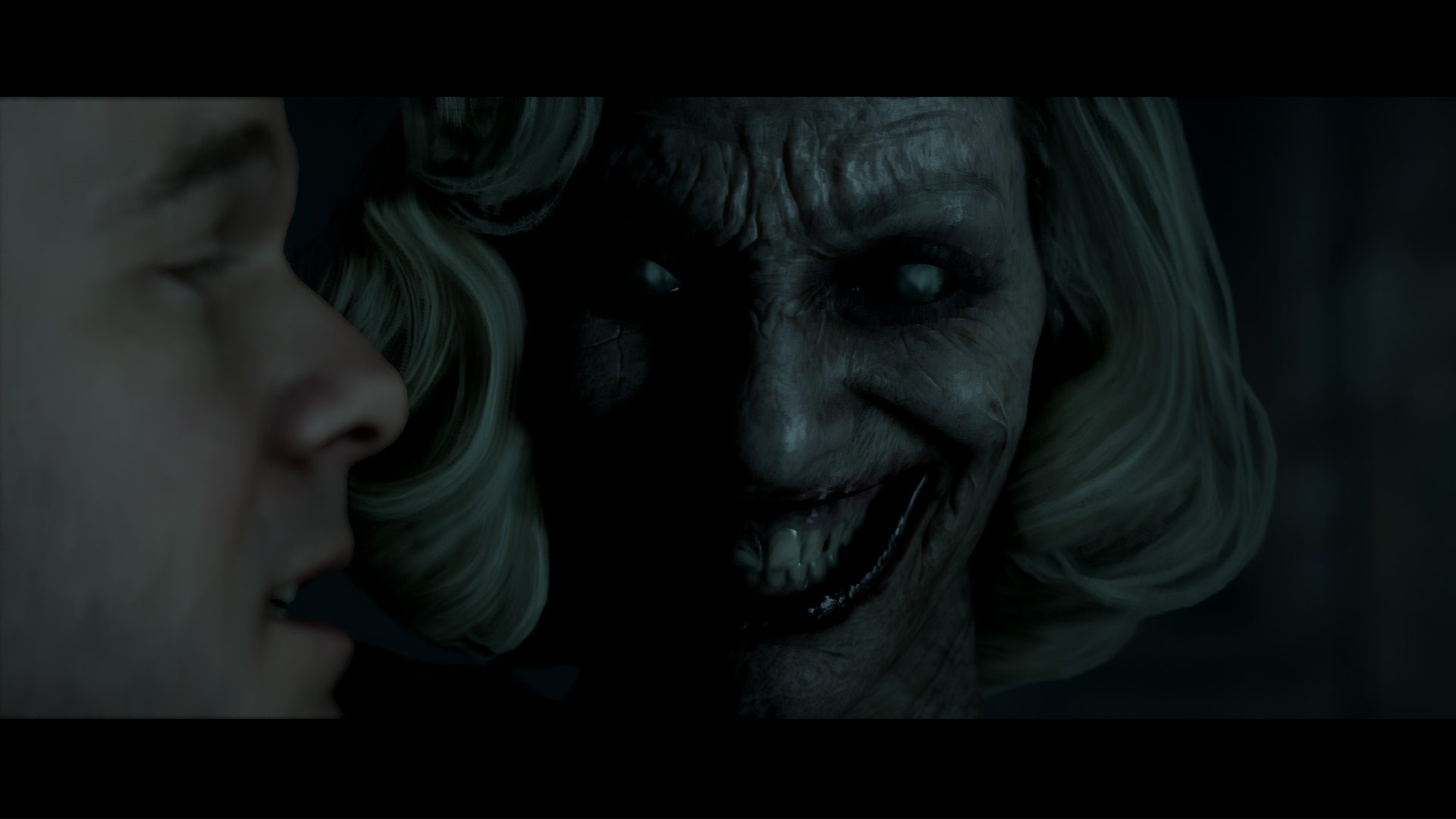 Let me provide one example: when the Duke of Milan is initially invaded by the pirates, Brad is suddenly nowhere to be found. The other four ask where he is and no one has seen him. Well, clearly we should see what happened to him soon, right? Well, the pirates take everyone else aboard the Medan when they dock…and Brad is nowhere to be found. Or mentioned. Then, about an hour later, we finally cut back to Brad, and…he just gets out of his cabin, complains, and boards the Medan looking for the others. What the heck? What happened with him? Why did no one see him? Why does no one even mention this later when he rejoins the group?

Well, it turns out that you only learn what happened to Brad if you pick one specific choice with Conrad, which knocks him to the floor, thus allowing him to see Brad having hidden under the bunk bed in their cabin. The result of a completely unremarkable choice. And I didn’t learn this until I was on my third playthrough (one playthrough only taking about four hours). It took three times just to understand one plot point! And that doesn’t even explain why the pirate never looked under the bed, really.

Moments like these seem to happen quite a bit. One of the antagonists seemingly died off-screen once, with no mention of what happened. At one point, Conrad leaves the group while wandering the ship after escaping, with no reason given or his leaving even shown on screen. Various subplots never pay off or get addressed, like Fliss seemingly having financial trouble. Some of this may be chalked up to the choices you made, but in Until Dawn, the vast majority of the choices affected how the characters would handle various situations. Here, it feels like situations as a whole get affected. This even includes the final portion of the game. I was reminded of The Council, where as good as it was, the final confrontation could be a complete anticlimax depending on the choices you made. And the same can happen here as well.

It also doesn’t help that the vast majority of the game’s horror relies on the reveal as to what’s behind the various hauntings on the ship. Unfortunately, a while after boarding the Medan, it becomes painfully obvious as to what the true nature of things is. Heck, it could be possible to guess what’s going on by the time the prologue ends. And trust me, the game does rely on it a lot, with the host/framing device The Curator (sadly not holding a candle to Peter Stormare’s therapist) alluding to it several times. And once the characters figure it out, the real threat is basically done for. At only one moment does it also affect the choices you have to make, albeit in a clever way. 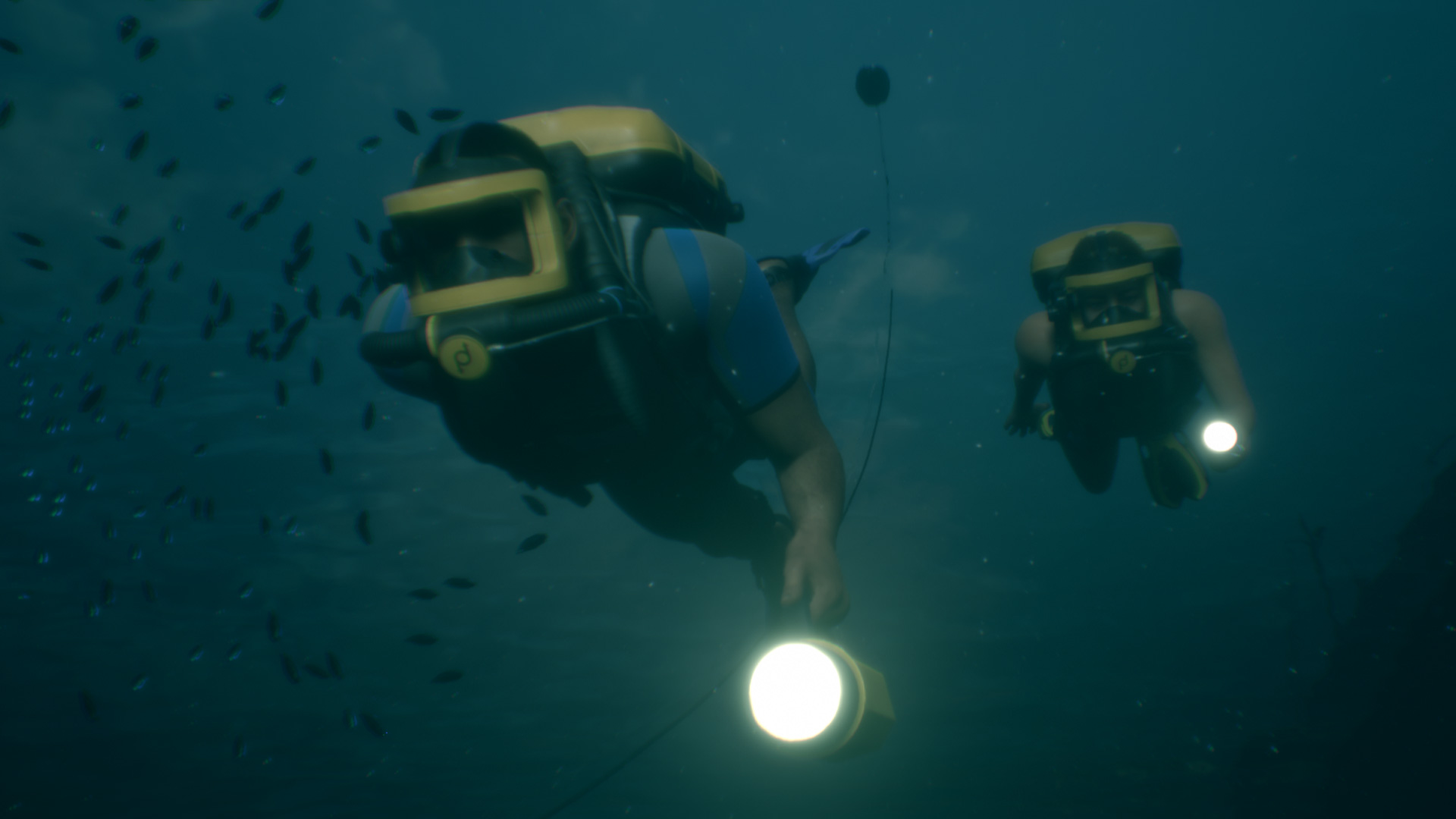 The main problem is that the story just isn’t that engaging, boiling down to little more than “twenty-somethings wander around a ship and spooky stuff happens to them.” They don’t have much in the way of personality, and neither do the villains, not having much motivation. Even the Medan itself gets tiring after a while, mainly just consisting of old, rusted corridors and paths. Again, maybe one could argue that I made the wrong choices. But I’ve played several similar games that kept me hooked regardless of what dumb decision I’ve made and this one didn’t work as well.

I will say that things improve a bit more when playing co-op, where each player controls a different, seemingly random character at times, either going through the same scene together or playing two different scenarios simultaneously. Despite some network connection issues and awkward transitions, it works well, and the lack of voice chat actually enhances things, since you won’t be able to just immediately tell your friend what’s happening and what picks you should make, making certain events a genuine surprise. If you pick it up, you should definitely grab a friend as well.

Games like this still need single-player to stand on their own, however, and it becomes evident after a while that Man of Medan sacrificed cohesion on the altar of multiplayer. Because one final flaw is that if you play alone, you actually have an AI partner running the other half of the scenario when needed. And while an AI partner can easily assist in an action game or such, when it comes to making a game focused on narrative, it kind of botches things up, be it QTEs or one painful moment I experienced during the optional “Curator’s Cut” alternate path (available with pre-orders right now, arriving at the end of November for everyone else). This was so bad that for once, I actually have to go into spoiler territory to describe it. So skip ahead to the Closing Comments if you don’t want to hear this.

So during the end of their initial dive, Alex and Julia see a commotion occurring aboard the Duke. Julia is worried, and wants to surface quickly, without decompressing first. This is normally where the player makes the choice to decompress or not, and the AI chose to surface. Understandable. But then, when offered a beer earlier, Alex says Julia couldn’t take it, since drinking it could contribute to her suffering from the bends later. Now, in terms of moral choices, this is an easy one. There’s literally no downside to declining the beer and it’s solid medical advice. But because the AI was in control of Julia at the time, they chose to drink the beer. And do you know what happened?

Julia got the bends later on and died. Yep! Not even during the story, they died in the post-credits scene as the survivors were sailing away. And there were no choices given me after the beer that could have prevented this! The AI just up and decided “sorry, I’ve decided to give you one of the bad endings!” That’s just clumsy design, plain and simple, and felt outright insulting. And this is why you still give single-player experiences the same amount of love, developers. 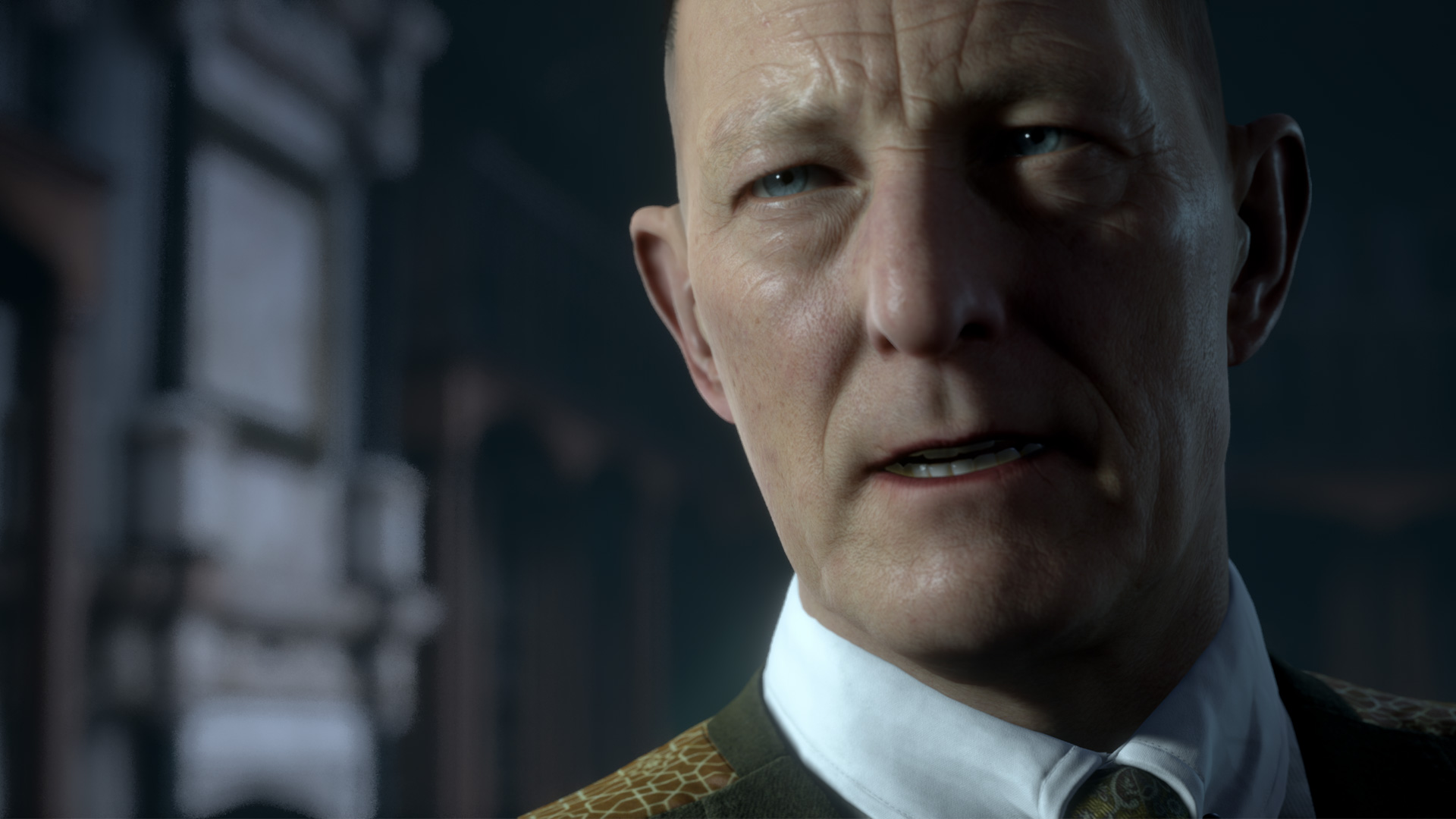 Despite how negative I may have seemed there, I do genuinely want The Dark Pictures Anthology to continue and succeed (the game even seems to tease the next entry in it, seemingly already in the works), as I loved Until Dawn and would love to see more similar experiences from Supermassive. But despite having the same solid mechanics as its big brother, Man of Medan starts the anthology off on a thoroughly “meh” note, thanks its unimpressive, poorly-constructed story. Hopefully things will improve by then, because an improved sequel to a slasher story can always be a rare and pleasant surprise.