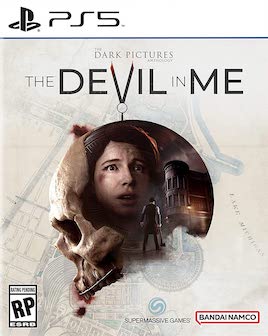 The Dark Pictures Anthology: The Devil in Me

As I write this, I’m also currently watching the finale to the latest season of American Horror Story, a series rather notorious for having every finale of its incarnations be some sort of disappointment, or so general consensus says. I bring this up because this felt like rather appropriate timing, as I had literally just finished The Dark Pictures Anthology: The Devil in Me less than half an hour before all of this. The Devil in Me is also a season finale to a horror anthology series with different approaches, stories and tones, and one that has also had a rocky path, complete with a questionable ending or two. But with each subsequent game in Supermassive’s anthology improving upon the previous one, could the season finale here defy the odds and stick the landing that the franchise needs?

Like the previous entries in The Dark Pictures Anthology, The Devil in Me uses some sort of legendary bit of myth or history as its main focus. In this case, our story here revolves around H.H. Holmes, one of America’s earliest serial killers and his infamous “Murder Castle.” Our main characters are a crew behind a true crime documentary series that are struggling to get an episode on Holmes together, but they’re in luck when a mysterious benefactor invites them to a recreation of the Murder Castle on a private island. Unfortunately, their luck runs out when they soon discover that an actual serial killer is running about on the island, one watching their every move, manipulating the moving walls of the maze-like castle and toying with them at every turn, sometimes rather fatally…

While the story is more interested in the myth of H.H. Holmes and the Murder Castle than their actual history (long story short, he did murder some people, but wasn’t the triple-digit serial killer he’s played up as, and his hotel never actually killed anyone), it still uses said myth to great effect, as well as the general setting of a killer hotel/resort, especially as we get to see more of the killer’s…”creations.” The cast are a likeable bunch that have some good chemistry, even if they could use more lines at times, but they’re also backed up by a string cast, including recent Oscar nominee Jessie Buckley as main character Kate (yes, Supermassive have gone from helping Oscar-worthy talent get their start to actively attracting them now). 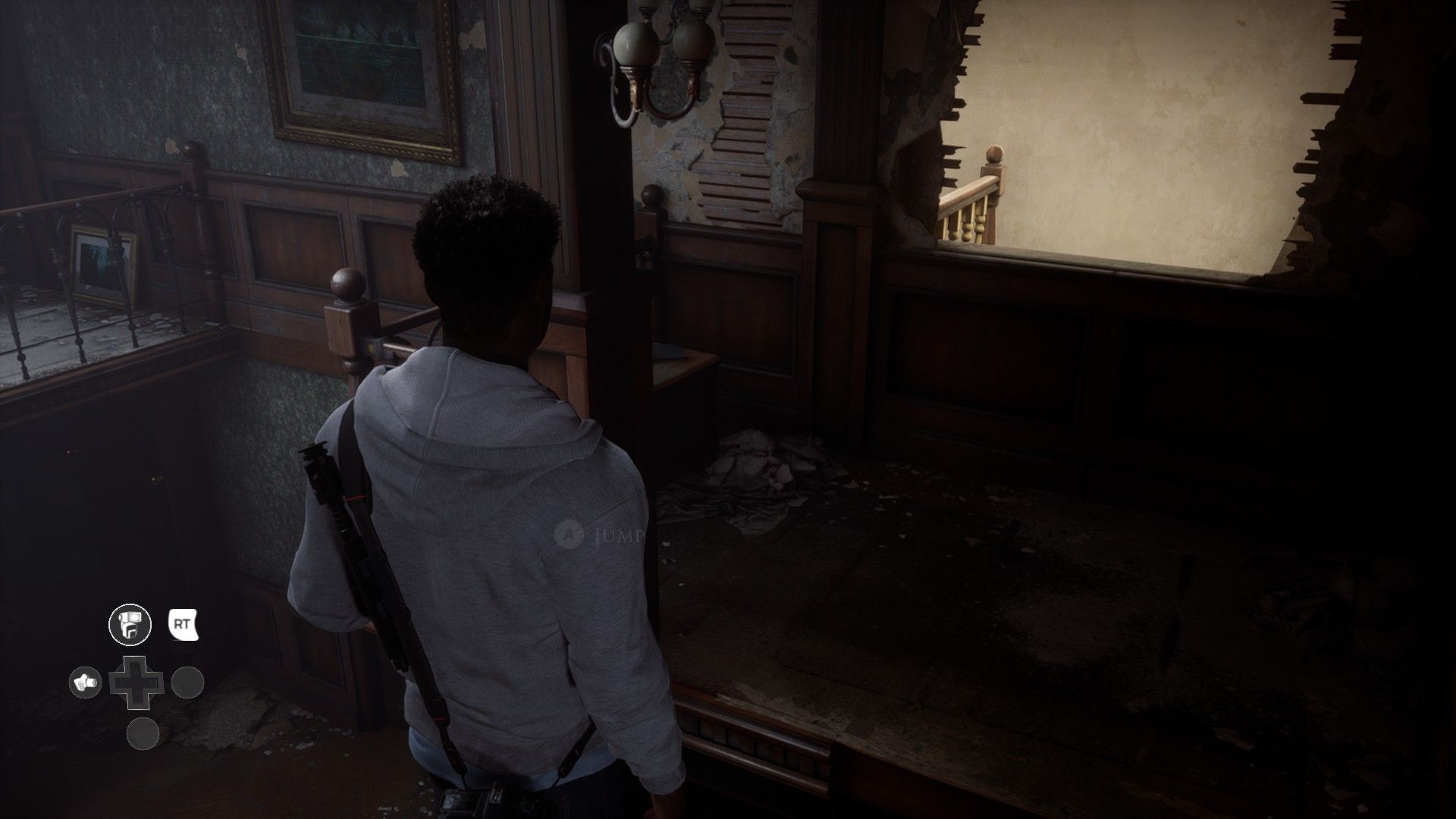 The actual mystery behind who our deadly friend is and what exactly is going on in the castle is rather the treat to unravel. It’s made clear even way early on that something is off, but the scope behind everything as you hunt for clues among a sea of labyrinthine hotel hallways and creepy animatronics is impressive, especially when you learn more about previous victims. The real star in The Devil in Me, though, is the killer themselves. A lot of the major enemies in Supermassive’s interactive horror games so far have basically been monsters with more feral behavior: Wendigos, werewolves, vampires, etc. Here, though, you’re up against a serial killer who seemingly has everything planned out, so you need to outsmart them in order to survive. This makes the various choices along the way even more difficult as you attempt to figure out every twisted game, adding a nice level of challenge to such a game.

Also added to this latest installment of The Dark Pictures Anthology: actual gameplay additions! Full camera control is even more of the norm this name around and works a lot better, especially when given more wider areas to work with. A new hiding mechanic has also been added alongside the now-traditional set of QTEs, dialogue choices and “keep calm” moments. It isn’t a complex mechanic — just make your way to a designated hiding spot when a threat is approaching and hold a button to hide until it passes — but it’s a welcome addition, and even feels like a more effective version of the “hold your breath” moments from The Quarry.

But The Devil in Me also adds a bold new mechanic never before seen in one of Supermassive’s adventure games, that being a revolutionary new mechanic called an “in-ven-tor-y!” Okay, joking aside, the inventory is a welcome addition here, and while it never goes into the realms of complex puzzles, it manages to still be effective. But where it adds a lot to the game is the fact that each of the five main characters actually has their own unique inventory items, used for different tasks. One character can use a microphone to pick up sounds and conversations through walls, one can find business cards and use them to pick drawer locks, another has an extending camera tool that can knock items off of high shelves, etc. Even the items they use to light dark rooms are different, ranging from flashlights to lighters and camera flashes. This not only provides a nice little peek into each character’s personality and interests, but provides a bonus incentive when it comes to keeping everyone alive this time around, as you never know when a character’s skill could help you find that missing link in the overall narrative. 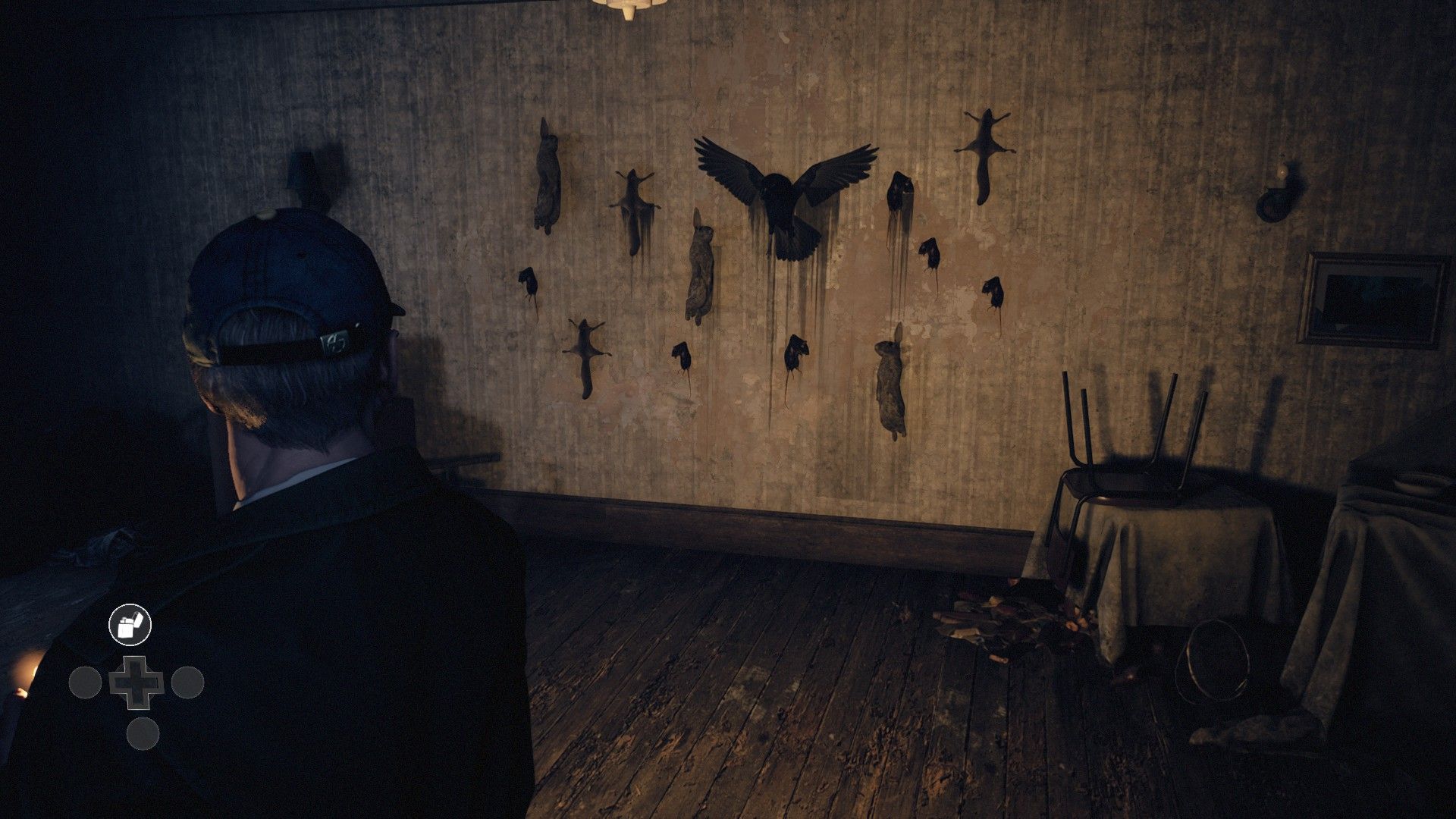 The other major addition is obols, coins typically used to pay the ferryman for the deceased that are scattered all throughout the game, and which you can pick up in order to spend on unlockable dioramas. It’s a nifty idea, and adds replay value beyond merely seeing every outcome, but I’d be lying if I said it didn’t get annoying. In fairness, though, that has less to do with the idea and more with the execution, as most obols are tucked away. Finding them isn’t a big issue, but you can’t help but feel a tinge of disappointment when you unlock a drawer and find another obol instead of the secret documents and whatnot you might be hoping for.

The only other issues holding The Devil in Me back are mainly on the technical side, with occasional delays, awkward movements, slight freezes and more present in our playthroughs right now. Never anything that it effectively killed the entire experience, but just enough to add up to something worth addressing, hopefully with a later patch. There are also awkward uses of scenery that the characters should be able to climb over, a couple of darkened areas that can get annoying due to having to find your way around, but that would be heading into the “death of a thousand cuts” category of nitpicking.

So in the end, The Devil in Me not only ends up being the highlight of The Dark Pictures Anthology so far (as well as its beefiest and longest, with our first playthrough clocking in at just about eight hours), but one of the year’s most surprisingly enjoyable horror games as well. As with prior entries, the game ends with a teaser for the next Dark Pictures game (as well as some hints that there may be more going on with Pip Torrens’ Curator as well), and while that second season premiere looks like it might be Supermassive’s boldest leap yet, it’s going to be difficult to top this one. Now, can we finally get someone to tap them to make an American Horror Story game as well? 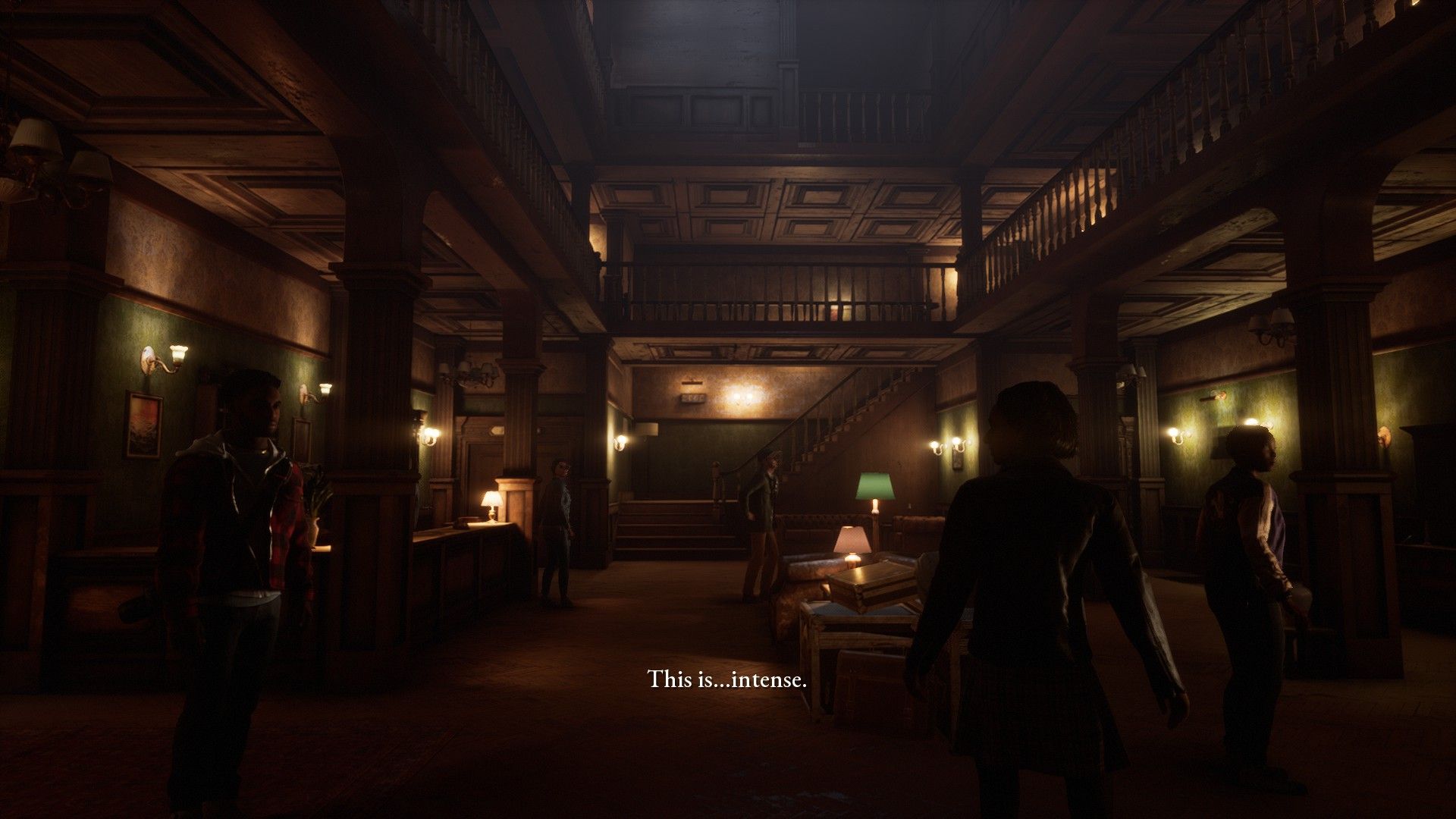 The Devil in Me not only sticks the landing for The Dark Pictures Anthology, but it does so with a highly-improved game that shows off the potential of this series, feeling like a culmination of every lesson Supermassive has learned along the way. The story is a nicely-captivating and tense thriller, new gameplay touches like the individual inventories are great additions, the setting is creepy with a lot of attention to detail, and overall, it just feels like a lot of fun. The real-life H.H. Holmes may not have been the grand killer we imagine him as, but the myth behind him has certainly made for one killer adventure game.