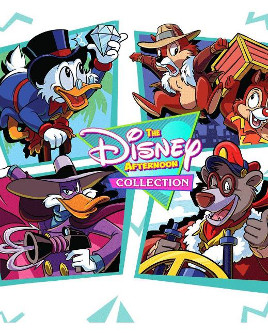 It is no secret among publishers that the nostalgia market is usually demographic to cater to. It may not be the most lucrative, but there are always going to be a group of people that get a feeling of joy when they see some beloved relic from their childhood become available again in shiny new packaging. The Disney Afternoon Collection is not something many of us would have predicted, but as Disney animation played a role in many people’s childhoods it shouldn’t surprise anyone that six NES games based on Disney cartoons have found themselves playable on modern gaming hardware.

The Disney Afternoon Collection is a respectable collection of Disney games, presented in their original NES format with only mild visual alterations that make them look a little nicer on HDTVs, though the option run TV or computer monitor filters to give it that real old school flicker effect for the maximum nostalgia fix are included. The games included are Duck Tales (1989), Chip N’ Dale Rescue Rangers (1990), TailSpin (1991), Darkwing Duck (1992), Duck Tales 2 (1993), and Chip N’ Dale Rescue Rangers 2 (1994). All of the games are unsurprisingly 2D side scrollers, but like the cartoon shows that inspired them they each have their own identities.

The motivation of Scrooge McDuck in the Duck Tales games is something all of us can relate to: the desire for more stuff. Both of them follow a nonlinear format where the player can pick and choose what order they visit exotic locations to go treasure hunting. The player controls Scrooge, and the other characters like Launchpad, Huey, Dewey, and Louie show up from time to time in levels to help make it feel more true to the source material. Scrooge attacks by doing a downward thrust with his cane. In the first game this is done by pressing down and whatever button is mapped to the equivalent of B on the NES controller during a jump, and thankfully Duck Tales 2 allows this attack to happen just by pressing B while jumping. The sequel does allow the player to do more things, such as using Scrooge’s cane to interact with objects or hang from rafts in order to move underwater. Duck Tales is considered a beloved classic among NES titles and even received a HD remake a few years ago. It should be noted that the version included in The Disney Afternoon Collection is the original NES version and not the pretty HD remake. Duck Tales 2 plays a lot like the original and fans of that one will likely enjoy this, but because it came out towards the end of the NES’s life cycle most people have moved on to a 16 bit console, making this title much rarer so this collection might be an opportunity for people who missed it in the original run to catch it. 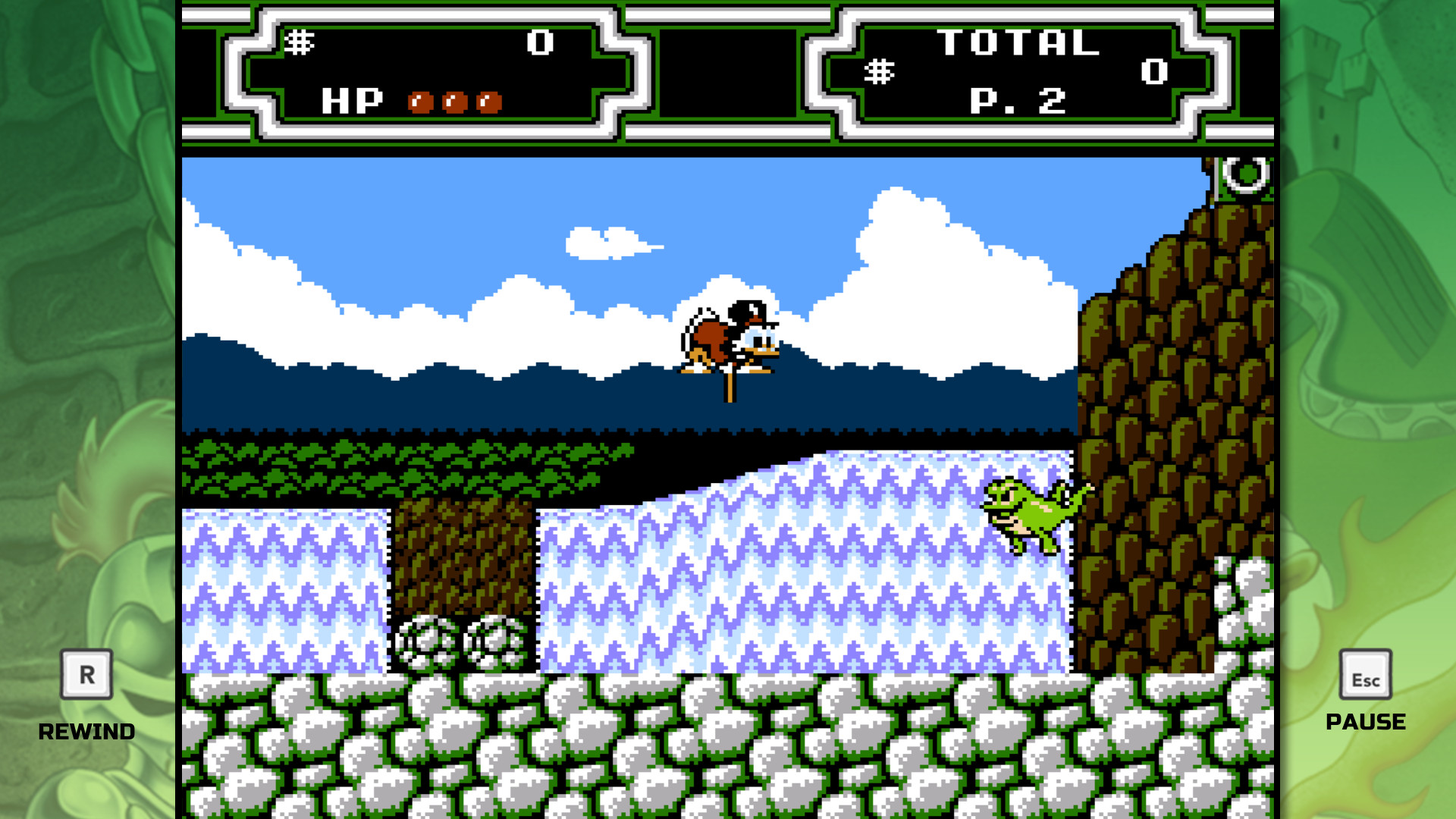 The Chip N’ Dale Rescue Ranger titles are quite enjoyable, though the challenge is definitely on the easier side of things. The player may choose either Chip or Dale, with the two player Chip is player 1 and Dale is player 2, and the rest of the Rescue Rangers serving support roles like chewing through walls or being kidnapped so there is a reason to progress in the game. The plot of both games involve the villainous Cat Fat being up to no good (typical cat) and the Rescue Rangers need to come in to save the day. The chipmunks scurry about the levels that are normal human environments scaled to gigantic proportions to match scale of the rodents with their main form of attack is throwing boxes and other found objects at robot dogs and other villainous characters. The sequel plays a lot like the first save for a couple changes. The levels in Rescue Rangers 2 follow a linear path, unlike the original where the player has the freedom to choose the order of the stages. However, a great addition was added to the sequel where in two player mode a player can pick up and throw the other player, which is a feature that every two player co-op game needs. As far as popularity between the two Rescue Rangers games, most of what was said in this regard to Duck Tales applies here.

TailSpin is a side scrolling shooter where players take control of Baloo in his plane the Seaduck. Shere Khan wants to put Baloo’s boss out of business so he gets the assistance of Don Karnage and his band of air pirates to handle that for him. Baloo flies around, shooting down the air pirates. A cool feature of his plane is he can shoot his weapons at a diagonal and fly his plane backwards and upside down. Bonus levels allow the player to control Kit Cloudkicker on his airfoil. This title plays similar to other arcade spaceship shooters like Gradius and R-Type, though it has way less explosions and alien monsters and much more Disneyness. 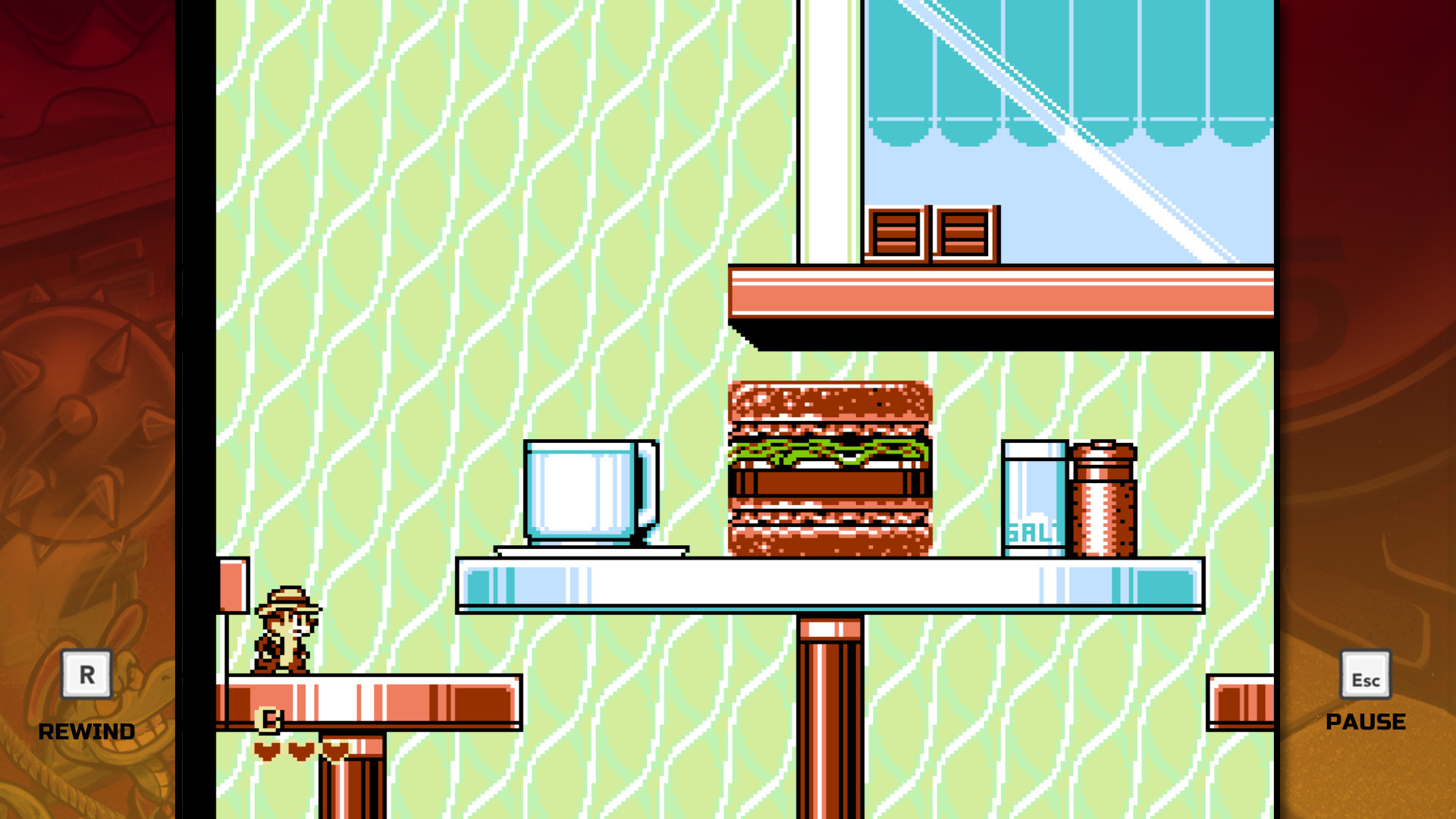 Darkwing Duck was Disney’s equivalent to Batman, though I’m not sure if Wayne Manor is big enough to contain the ego of Drake Mallard. The game based on the Duck Tales spin off obviously has the player take control of the terror that flaps in the night. This platformer has Darkwing fighting the minions of F.O.W.L. with his trusty gas gun, though he is able to collect special gas canisters that change up his attack like Arrow or Thunder. The gameplay feels similar to a Mega Man game, which isn’t surprising since it is running on a modified version of the Mega Man 5 engine. Darkwing does take on classic villains from the cartoon like Megavolt, Liquidator, Quacker Jack and Steelbeak, but unlike Mega Man Darkwing does not inherit their attacks after he defeats them.

These are all ports of the NES games, so the graphics, sound and play mechanics will be just as they were when these cartoon shows were being produced, complete with the chiptune renditions of the cartoon theme songs. There are some video display options such as filters that can deoptimize the graphics so they look like they are on a 30 year old CRT TV and the screen can be stretched to fill the 16:9 aspect ration which adds about 20 lbs to every character or remove the boarders if you’d rather play with the boxed screen. The smaller screen does look a little nicer with the graphics but these options are there so the player can decide what they want to do.

No collection is complete without extras, and The Disney Afternoon Collection has this area pretty well covered. A Boss Rush and Time Attack mode are included, where players will fight bosses consecutively or try to race through the game as quickly as possible with their results tracked on an online leader board. For those interested in trivia and history, the Disney Museum provides items to look at such as concept art, advertisements, character art, and music, all of which is preserved in how they looked in their time. Lastly, NES games are notorious for being a bit more difficult than a lot of games released now, so a rewind feature has been added. This allows a player to turn back time, say if they get hit by an enemy or fall off a cliff. There is a limit to how far back the rewinding can go, but there it allows the player to go back very far and can be used as often as you want so getting to every boss with full health is never impossible. 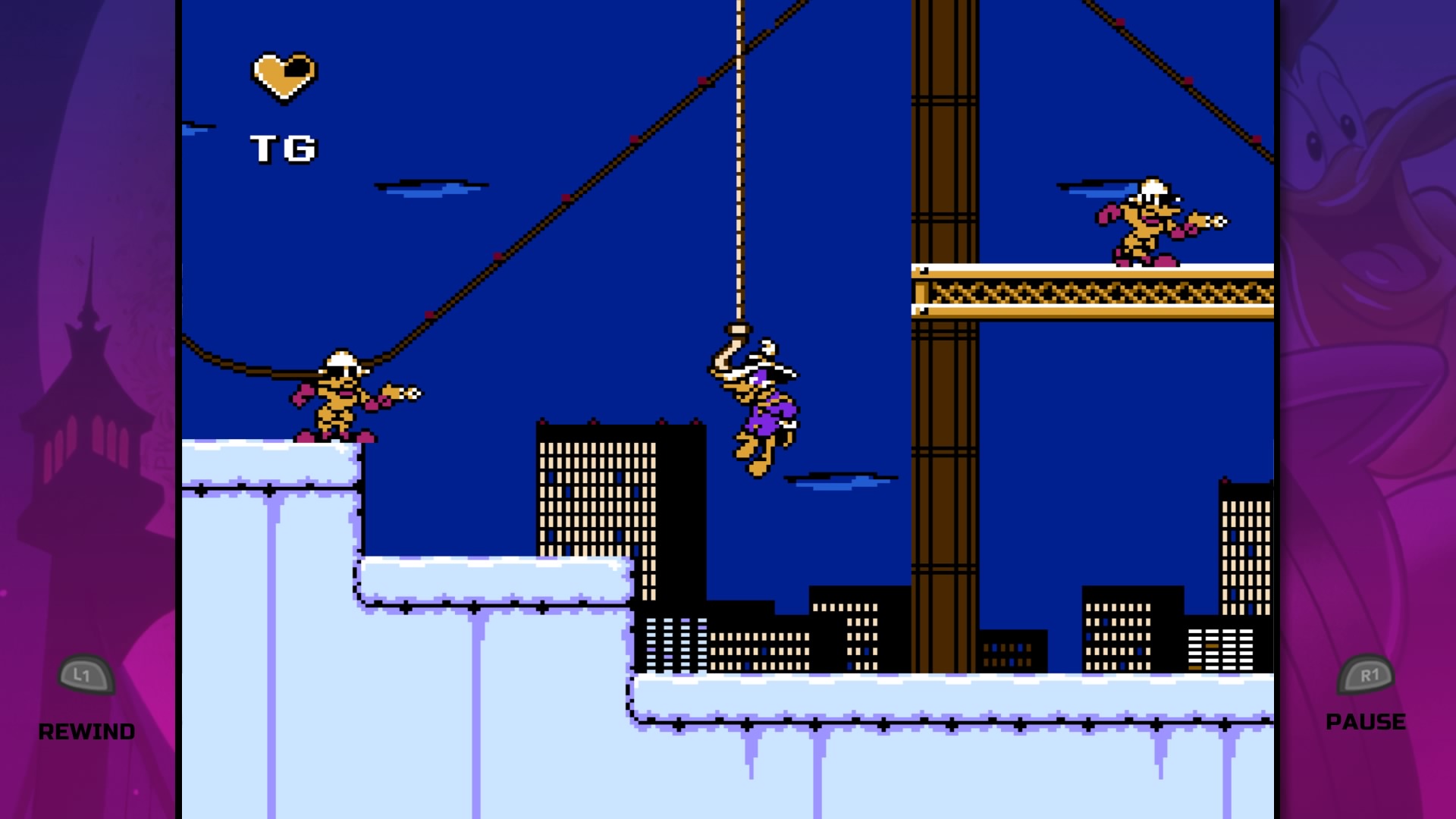 The Disney Afternoon Collection is a fine assortment of NES Disney Classics. None of these games reach the pinnacle of 8-bit greatness, but they’re all enjoyable. The inclusion of the Disney Museum give fans something to enjoy beyond the game, and the rewind feature makes it easy to surpass any difficult portion of any games. These are clearly the original NES versions, so enjoying retro titles is pretty much a prerequisite to enjoy this collection, but despite each game being well over 20 years old, they still hold up.