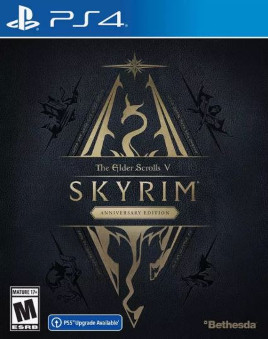 The Elder Scrolls V: Skyrim released about a decade ago. During its time as one of the most-celebrated RPGs it has been ported to last generation consoles, Nintendo Switch and even got the virtual reality treatment. To celebrate a milestone anniversary, Bethesda did the predictable thing and released The Elder Scrolls V: Skyrim – Anniversary Edition. This new version of Skyrim brings a new Survival mode, a fishing mini game and several pieces of content from the Creation Club. Skyrim is generally considered to be a great game which isn’t really up for debate at this point, but the question at hand is whether or not the Anniversary Edition is worth the upgrade.

Before getting too far into the assessment of Anniversary Edition it should be noted how exactly the content is available, as it comes both as a standalone purchase or as a significantly less expensive upgrade. For those who have never played Skyrim or are still playing OG Skyrim, the fifty dollar version is what is required. Looking at the Steam Store page we see that this isn’t a standalone game, but a bundle of Skyrim Special Edition and the Anniversary Edition upgrade, which is about ten bucks cheaper than buying each separately. Players that already own Special Edition can drop twenty bucks for the upgrade, should they decide the new content is worthwhile.

The main draw of the Anniversary Edition is the access to a lot of content from the Creation Club, which is basically what Bethesda decreed to be the best user created content, fully sanctioned and authorized fanfic of DLC if you will. As mentioned above this includes the Survival mode for additional challenge and fishing minigame, but there’s so much than that. There’s a plethora of new weapons and armor along with additional pets, quests and houses. Some of these items requires certain conditions to acquire, like completing quests or reaching certain level requirements, but the content is clear about how to unlock it. Skyrim isn’t exactly lacking in quest content, especially with all three DLC expansions included in this version, but some of the new quests are interesting. Some involve raising the dead, some promise gifts, but they do provide new action for people who’ve completed everything that has been available prior to this. Some of the new items do have practical benefits, like the Adventurer’s Backpack comes in a few varieties which adds 75 to carrying capacity and an additional bonus to another attribute like magicka or stamina. 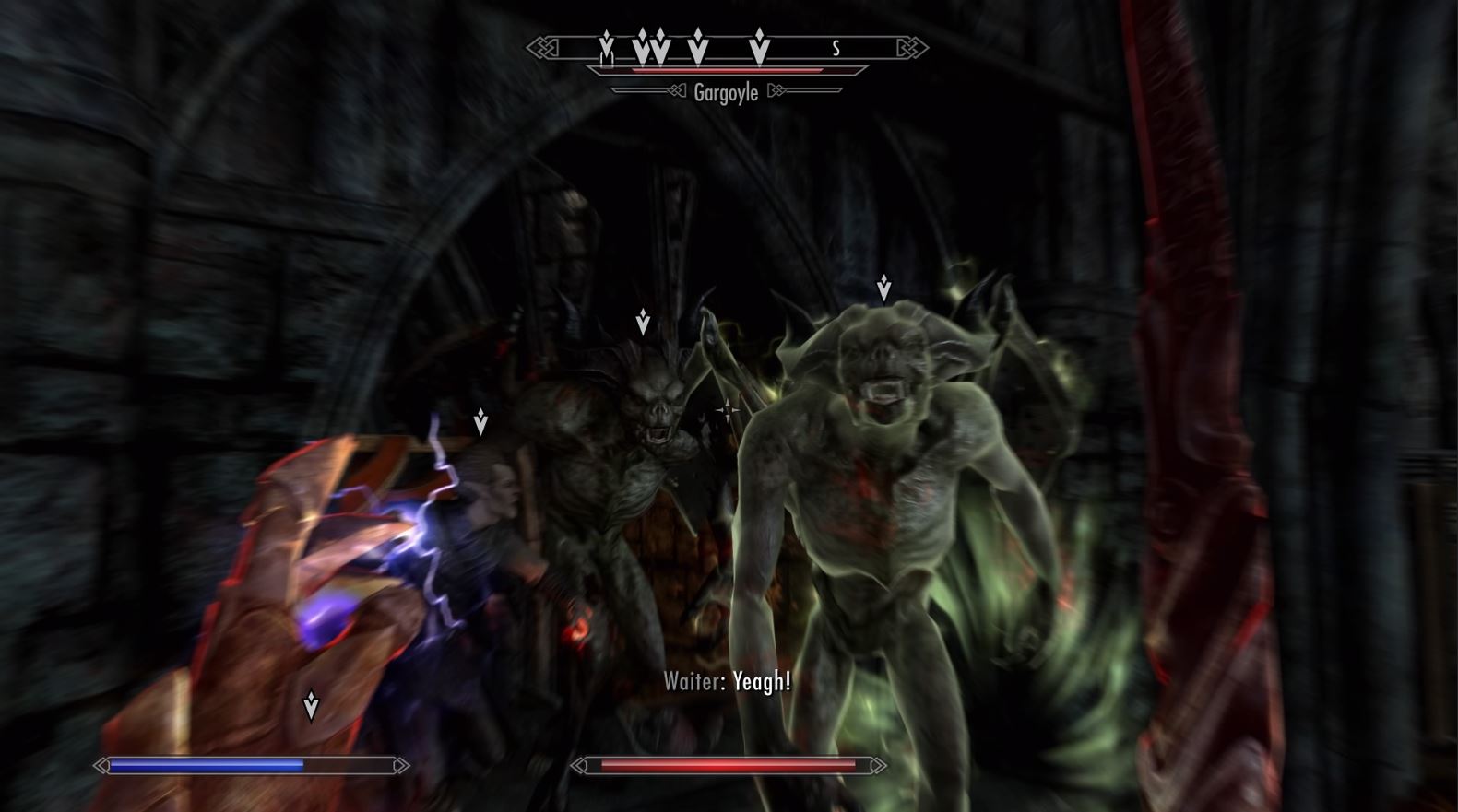 Survival mode is new to Skyrim, but it’s been in other Bethesda games such as Fall Out New Vegas. This mode adds additional challenge by making survival in Skyrim more realistic, because realism is important in a game about someone with magic dragon killing shouts. Sarcasm aside, this actually is a cool addition for people looking to up the difficulty and enjoy survival games. This mode reduces the player’s carrying capacity so hauling around three spare sets of platemail and a dozen greatswords may no longer be an option. The player also needs to worry about eating and drinking while maintaining body heat to survive the cold arctic environment.

Skyrim has now joined the ranks of countless RPGs that include fishing games. There’s a book called Line and Lure that provides a semblance of the tutorial that can be found near a fishing rod and fishing supplies. This is a very Skyrim way to introduce the minigame which actually made me want to like it. Sadly, fishing minigames exist in dozens of other RPGs and they run the gamut of terrible to almost not terrible, and this one offers no reason to reevaluate that statement. In Skyrim the line is cast and after sufficient tugging the fish is reeled in. The “fish” during the review consisted of a leather helmet, empty wine bottle, bucket and lantern. If Survival mode was activated the poor dovahkiin would have to subsist on filet-o-helmet to prevent death by starvation. This is one of the simpler fishing games. There’s no control over casting the line or selecting a spot to fish. A button casts the line, and after some tugging the same button reels it in. I suppose it’s a nice feature for someone who likes fishing in video games, but it thankfully doesn’t appear to have any real importance to the rest of the game. 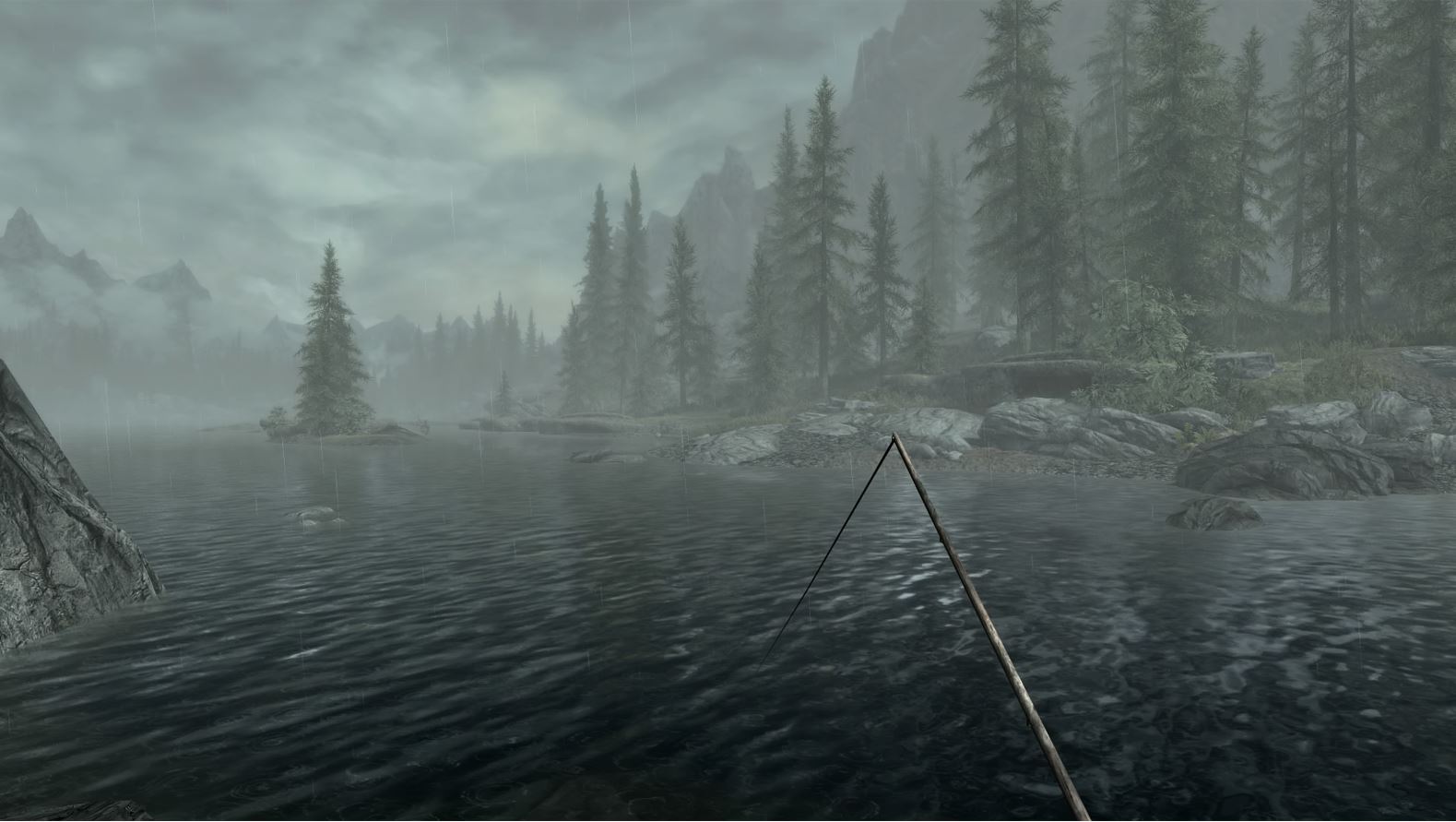 The base game of Skyrim is enormous on its own, and with the Dragonborn, Hearthfire and Dawnguard expansions a single completionist playthrough could span a couple hundred hours. Additional quests aren’t exactly something Skyrim needs, but the new quests do offer new insight into Tamriel and were fun. A couple quests in particular, The Cause and Ghosts of the Tribunal reference previous games in The Elder Scrolls which serve as nice Easter eggs for longtime fans. The assumption is that by now most people who are reading this have done just about everything there is to do in Skyrim, and while the new content is enjoyable none of it felt like it expanded on the game in a meaningful or essential way.

Skryim looked great by 2011 standards, and even though the continued polish helps make things look contemporary, the character models are showing their age. This is the most complete version of Skyrim, so if someone is interested and still hasn’t played this game, this is the version to go with or if someone hasn’t got any of the DLC and is still playing the original 2011 version, this is the version to get. But while Skyrim is a great game and this is the most complete version of it, this is also my fifth copy of Skyrim. We understand that Bethesda rereleasing Skyrim is analogous to printing money, but it’s been a decade and everyone truly wants The Elder Scrolls VI. Or at least at HD remaster with quality-of-life improvements and using the Skyrim engine for Oblivion and Morrowind. 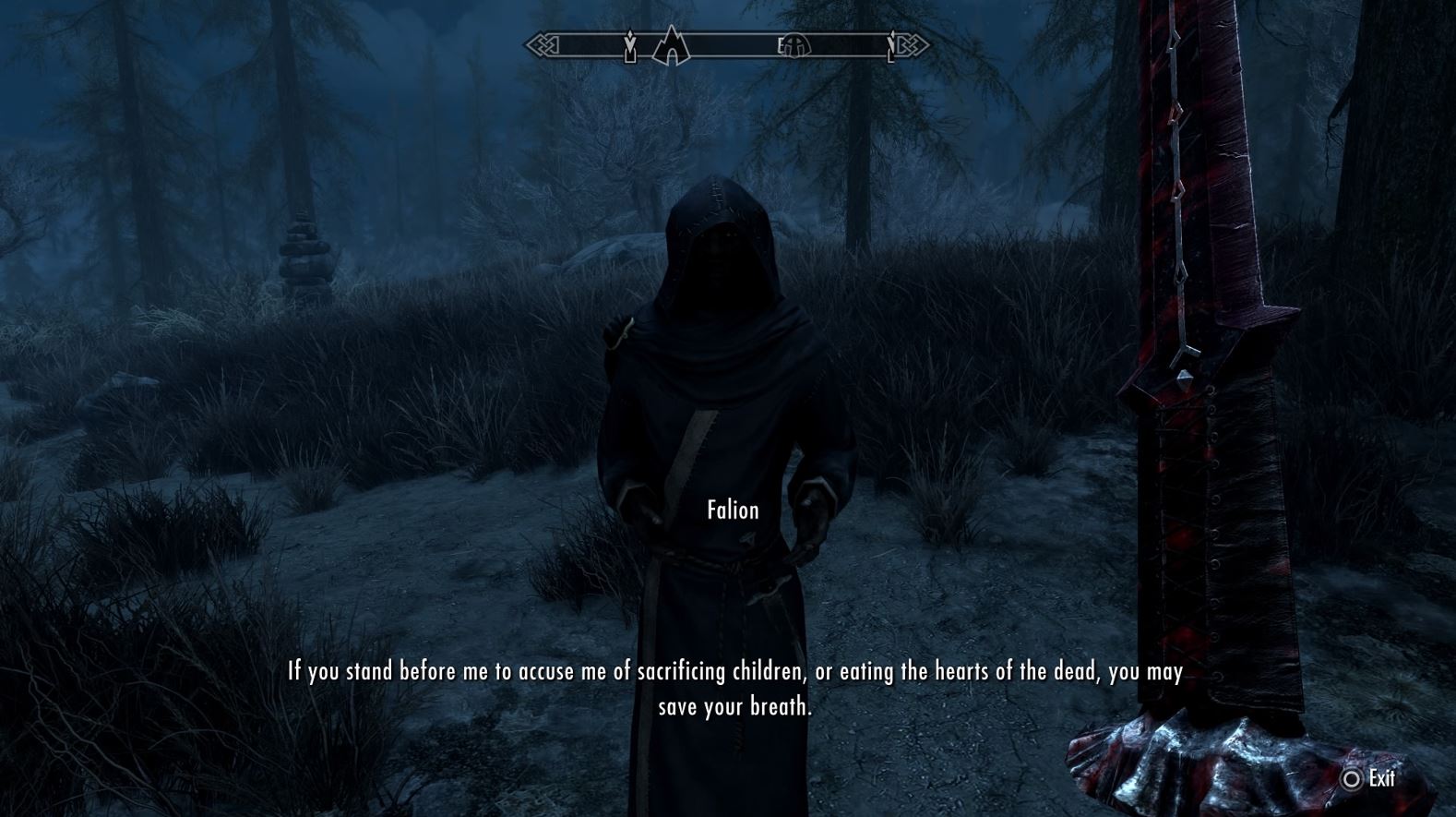 The Elder Scrolls V: Skyrim – Anniversary Edition is one of those things that is simultaneously great and yet seems unnecessary. We can all agree Skyrim is a phenomenal game as it’s cited as a personal favorite of the past decade by a few members of our staff. The thing is with this update is nothing about it seems essential. Survival mode is a great challenge for people who enjoy that type of game. Fishing is boring, but ultimately inconsequential if ignored. The Creation Club content is a robust offering, but the questions is does the player feel Skyrim needs more houses, pets, equipment and quests? Anniversary Edition is currently the latest and greatest version of The Elder Scrolls V: Skyrim and offers fun content for those still exploring Tamriel, but there isn’t enough to bring anyone back who feels like they’ve finished their time in Skyrim.