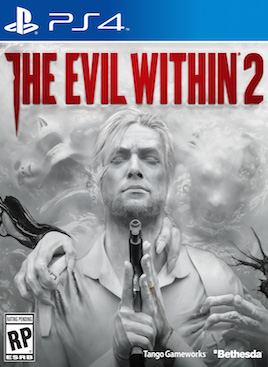 Pick it apart enough times and you’re bound to find a good game buried beneath the blood, gore and other-such horror cliches that permeated The Evil Within. A spiritual successor to the early Resident Evil iterations to some (that evolved the thesis of the sub-genre from even the likes of high bar-setters like Resident Evil 4) and a troubled clash of spectacle and substance to others, the joint venture between Tango Gameworks and renowned survival-horror architect Shinji Mikami was by a melding of physical brutality with the more psychological underpinnings of the very need to stay alive. At its best, taking advantage of that slower but methodical vulnerability, particularly with the presence (or lack thereof) in dwindling resources, to help stem the potential scares from out the discomfort of the player themselves, rather than what the game bluntly threw at them — set-piece or no set-piece. Coming into the sequel, it’s comforting to see that the better aspects of the original — the blatant emphasis on survival, the consideration for when and when not to dispense of weapon-fire — have been kept in their raw, panicky but admittedly frustrating (at points) state.

Combat is still as anxiety-inducing as it was previously and while both movement and aiming can at times come across too stiff and overly-demanding, the game fortunately never seems like it requires you to overcome these deliberately-placed limitations in order to outright succeed. The main boss battles thankfully display a creative endeavor and are delivered at a reasonable pace throughout the 15 – 20 hour story. Standard enemies (and the variety they manifest in), however, move and act in the kind of erratic fashion that throw up a questionable objection on the AI front. The number of times a stealth kill was snatched away by an enemy conveniently turning around at the last second is hard to count. That’s without mentioning the difficulty in lining up but a single hit, let alone a head-shot — foes often chasing you down in packs should they spot you — the big, perhaps only, take-away is that while many of these encounters place you immediately at a disadvantage, it’s entirely your choice to tackle a select horde should you wish. 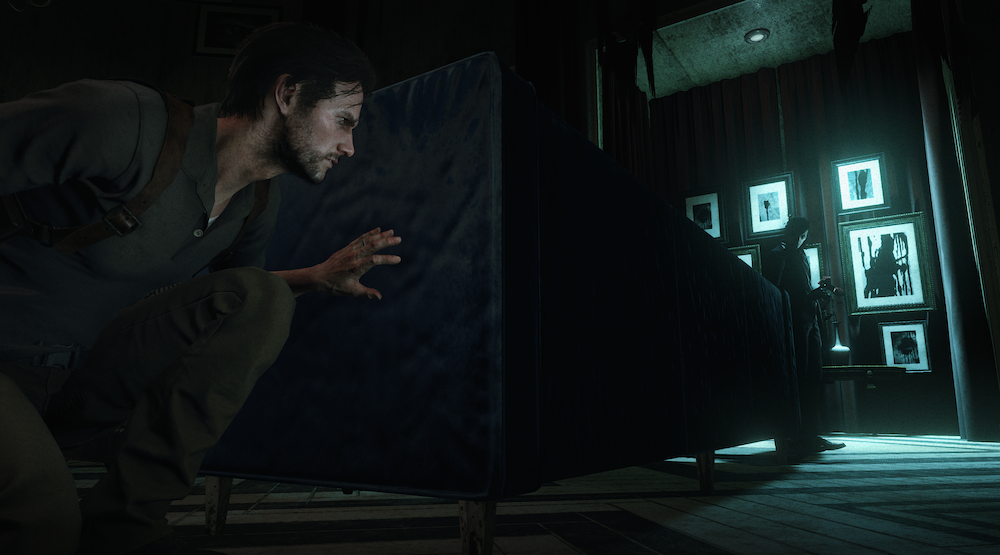 There is some in-game assistance, notably through the fact that enemy detection now appears as an eye symbol/icon at the top of the screen as does the area of detection when throwing a glass bottle in creating a distraction. Enemies can of course be manipulated in such ways, in some parts to perform what now feels like an even more valuable stealth kill should you get the timing and positioning right. Yet, while it does offer these brief passages of assistance, The Evil Within 2 is never far from lulling you into a false state of confidence, outright punishing you for rushing things too much. Partaking in a stealth kill for example, particularly in the more open areas, means that (despite it locking you into a randomly-selected kill animation) you’re open to being spotted, even attacked, by a fellow enemy only a few meters away. Timing — not to mention being aware of your surroundings — is critical for success. Encounters are of course entirely optional, should you decide that the possible resources or optional collectible is that bit more critical to your survival and it’s this added level of strategy that feeds back into the game’s survival leanings, carving out a reasonably balanced dilemma for the player to decide upon.

Perhaps one of the biggest overhauls to be found, while still offering a fair number of linear, corridor-stricken sections with obvious A-to-B circumstances, is that the game now features a set number of non-linear, open areas for the player to freely explore. The in-game setting of Union — a kind of simulation made possible by the collective connecting of peoples’ minds — finds itself torn apart into fractured segments and self-contained regions that masquerade as districts of the simulated town. Earlier/later regions even visible in the distance on occasion, providing a small if welcome spatial geography to the world players will no doubt trudge through with a predominantly conservative mind-set. At ground level too, some areas will even be revisited, winding back into one another to further Union’s habitable, believable presence with viable routes and directions to head towards. During your time wandering around the broken-up town, players can even duck and weave between streets and alleyways alike — scavenging for resources in abandoned buildings, even come across crafting tools which, by way of one of many work-benches dotted throughout, can grant you additional rounds for your weaponry. 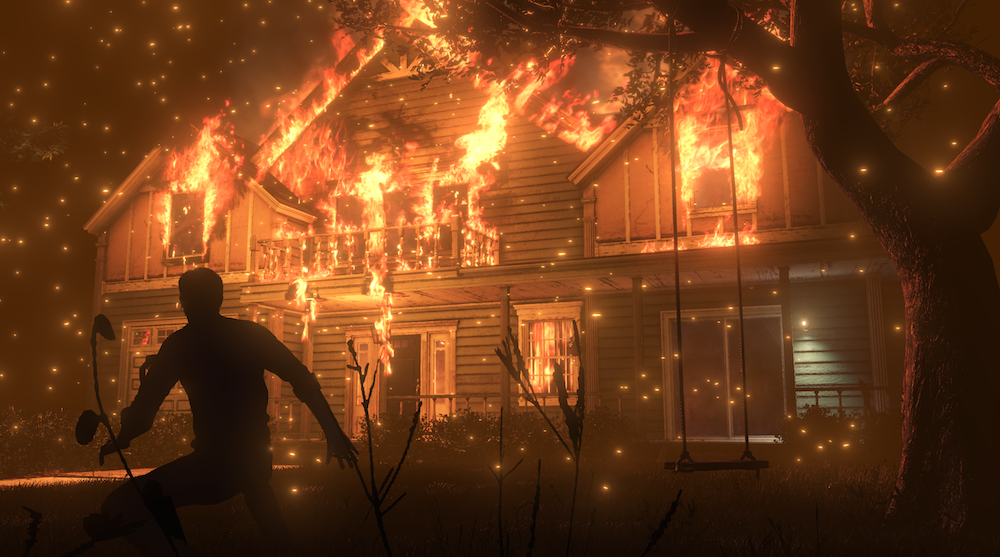 You can even craft items on the fly without having to back-track to a work-bench, the catch being that doing so takes up more resources — meaning that players will have to consider whether to sacrifice additional resources in order to immediately gain a few spare rounds at that given moment, or wait it out. Coupled with the fact that you’re never sure whether the detour will even prove beneficial — that what you find in an abandoned home or empty shop, taking on-board the possibility of having to fend off a number of varying foes and monstrosities, will land you in a net profit of sorts — and it shows The Evil Within 2 provides enough of a resolvable dilemma that running out of ammo is down to the player rather than some poorly-timed set-piece. That’s not to say that the game won’t throw a seemingly random “defend your position”-type situation at you without notice, but while there remains that underlining scarcity on supplies, the added liberty of player decision-making means that the experience translates a bit more sufficiently into one molded by the players themselves.

When everything works — when enemies decide not to lock themselves into a frenzied animation on loop of them jumping on and off a climbable object, or clip through a wall after a successful counter-attack — The Evil Within 2 does a fine job at putting the ball back in the player’s court, furthering the survival aspect while clearing enough of a path to make the journey seem worthwhile and resolute. To ponder as to whether it’s worth it to explore the finer details that the game keeps tucked away behind a closed door here or at the back of a poorly-lit corridor there only furthers that added benefit/risk to exploring in the hopes of uncovering more valuable resources. And while it does inevitably lose its charm by the end — not to mention how laborious it can be in having to detour or back-track every time a bigger foe decides to gate-crash a seemingly hassle-free street or alleyway — the ways in which the sequel generally cranks up the very need to consider what path to choose is commendable enough, despite a few obvious (and annoying) bugs that will spoil one’s conservative actions. Outside of gameplay, the occasional pop-in of textures and return of visible frame dips, doesn’t create too much detriment to the genuine intrigue with which the many environments and moments of controlled chaos genuinely bring. 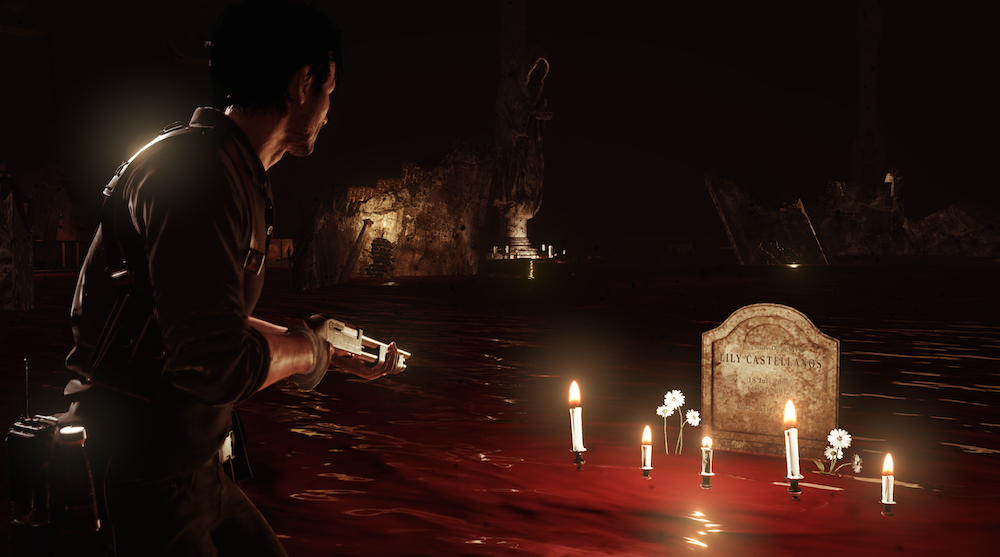 Even with the priority firmly set on keeping hold of as much ammunition as one can get away with and surviving everything the game dishes up by way of mandatory set-pieces, you can’t help but willingly take things that bit slower (even when the game retracts back to that corridor-sneaking linearity of previous), because of how well Tango Gameworks and game director John Johanas have approached the visual design. Surprisingly, one of the game’s hidden benefits. As you would expect from a simulated reality falling apart, like its predecessor, The Evil Within 2 isn’t shy of throwing up a visual distortion or surreal shift in circumstance, to further the context of its world as much its oppressive psychological tone. But the approach this time is much more delicately poised and thus clearly thought-out with particular settings showing both a restraint but also a keen attention-to-detail via the colors used or levels of lighting granted to give the setting of Union, if not a convincingly menacing aura, an unsettlingly delicate one.

There will of course be the ample number of on-cue noises or doors opening/closing to further the “horror” staples, yet it’s these quieter and slower-paced segments that end up standing out more — bound together by an art direction and visual aesthetic that is pleasing to spot and even more pleasing to make one’s way through. The graphical improvements placed on character models are also notably welcome, though the general performance of its animations sadly don’t quite reflect the emotional toll the story so clearly tries to convey — intense exchanges of dialogue between characters, let down by rather apathetic facial expressions that accompany. 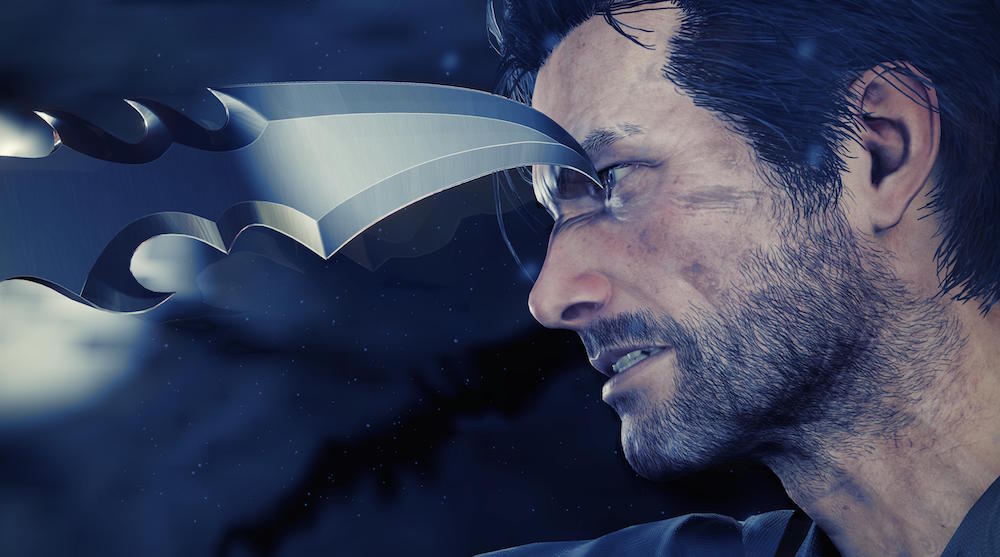 The Evil Within 2 is a more coherent and purposeful journey, strengthened by its voyage into non-linear level design, while at the same time reinforcing the foundation with which the original’s gameplay often shined through on. That’s not to say the sequel doesn’t throw up a few too many unfair fail states — be it in and out of stealth mode — not to mention the occasional performance mishaps that show up. It’s during combat where the biggest flaw unfortunately shows itself, ultimately preventing the sequel from achieving a higher level of success. Where it may falter on making combat feel fair, it’s the visual side of things that impress and surprisingly so. It’s this degree of careful approach to design that does just enough to salvage The Evil Within 2 as a fulfilling step-up deserving of a second visit.