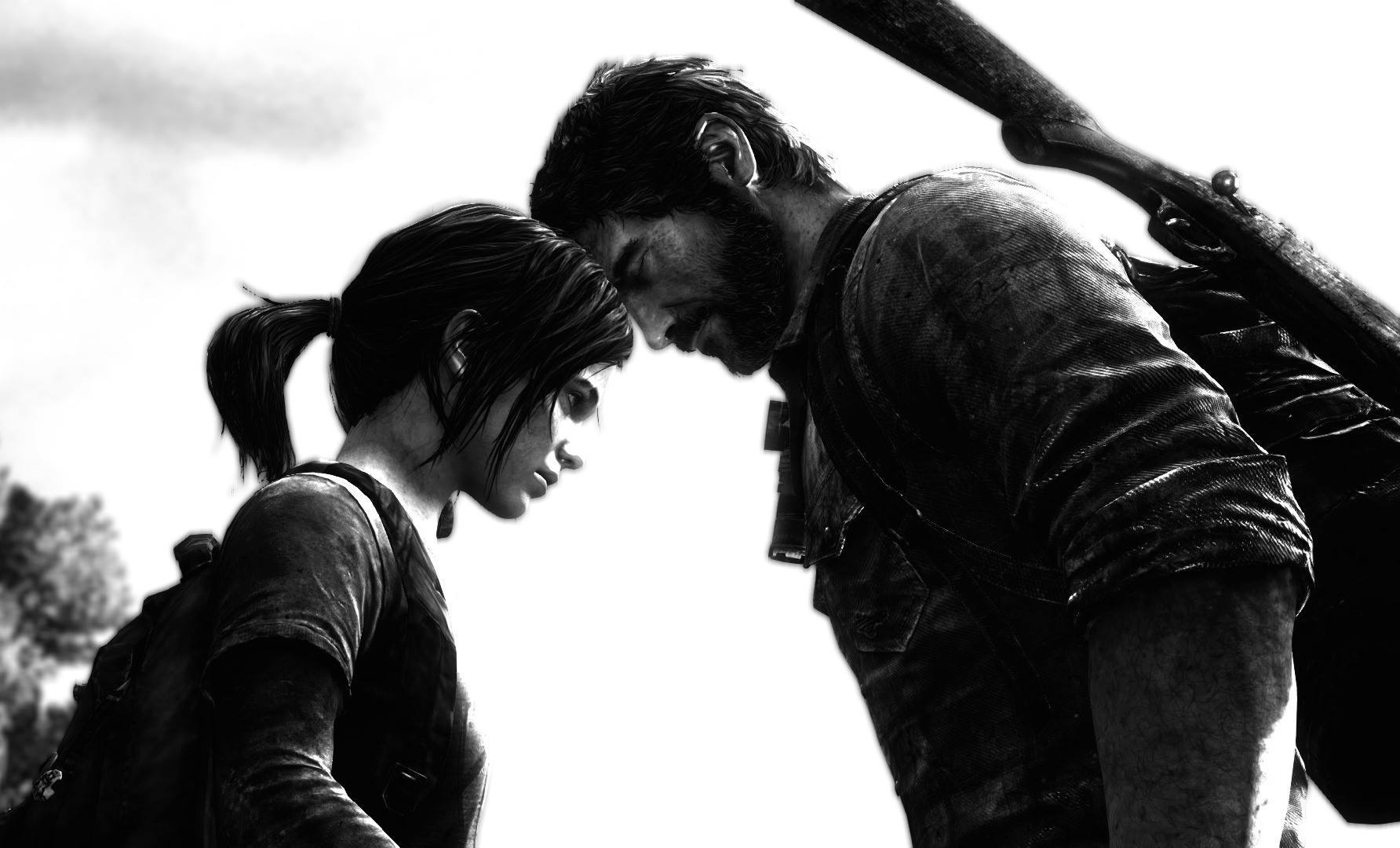 There is no better time than the present to be a gamer. Gone are the days of waiting weeks for 350 printed words about the game you’re looking forward to. Making purchasing decisions based on little more than box art has gone the way of the Dodo. The Information Age has allowed the gaming community to take in an unparalleled amount of content on a daily basis. Countless titles are available for instantaneous download, meaning that one no longer has to burden themselves with actually putting on pants to buy a new game. The sheer amount of gaming options out there means that there is something for everyone to enjoy, regardless of taste, age, gender, or creed. It makes sense that gaming is the fastest growing form of entertainment on the planet.

Still, the incredible quantity of gaming content floating around creates a bizarre first world problem: numbness. How many space marine focused shooters have we seen? How many independent roguelikes are currently floating around? Can you count the number of times you’ve predicted a game’s ending before witnessing it? It’s an absolutely bizarre double-edged sword. The gaming community is constantly searching for something new and special to allow them simply to feel. Perhaps this is why The Last of Us is such a masterpiece, as it permanently raised the video game industry’s storytelling standards.

Sure, The Last of Us‘ campaign is technically another story set in the midst of a zombie apocalypse, but in reality it is far more than this. Telling the story of Joel, a brutal survivor hardened by unfathomable loss, and Ellie, society’s fourteen-year-old glimmer of hope, The Last of Us is a game about humanity. It illustrates the beauty of love, the emotional nature of trust, and the power of overcoming one’s fears. Joel and Ellie’s relationship, which subtly evolves over the course of the roughly twelve-hour campaign, mirrors the player’s’ experience with the two characters wonderfully. One hates Ellie when Joel hates her, and loves her once he does as well. The best part? The Last of Us never explicitly explains any of the story’s beauty, allowing the game’s events to feel far more genuine in the process.

Of course, it’s common knowledge that The Last of Us is an outstanding video game. After all, it won an insane amount of awards in 2013 (including our Game of the Year award). The question here is: “Does The Last of Us Remastered noticeably improve upon an already exceptional product?” The answer is an unquestionable “Yes.”

Boiled down to a rudimentary description, The Last of Us Remastered is a graphically-upgraded Game of the Year Edition for the PlayStation 4. The texture detail, character models and resolution are all improved in this iteration. It plays at sixty frames-per-second, with an option to lock the framerate at thirty frames-per-second. Players are able to take gorgeous filtered screenshots at any time thanks to the game’s new Photo Mode. One of the best pieces of downloadable content ever released, Left Behind, is included, as are the Abandoned Territories and Reclaimed Territories map packs. These are the facts, but the ways in which these improvements and additions impact the final product are more substantial than meets the eye.

The Last of Us was already a beautiful game on the PlayStation 3, as it squeezed every drop of power out of Sony’s last console.  Simple screenshots and comparison videos (which always suffer from compression) don’t do the upgrade justice; The Last of Us Remastered is flat-out pretty. The PlayStation 4 edition’s improved textures and character models look gorgeous on the surface, but they are more than simply eye candy. The Last of Us is a game that does an phenomenal job of immersing the player in its world. Walking around any given area tells the story of what happened before Joel and Ellie showed up. Bloodstains on the walls might provide insight to unseen tragedy, and ransacked drawers and cabinets could help show the desperation of weary survivors. Because The Last of Us Remastered‘s visuals are noticeably better those of the PlayStation 3, players can engross themselves further into this desolate world. Each of signature moments are more stunning, allowing them to impact players on an even deeper level than before. Exploring is both more interesting and fun thanks to the improved texture detail, as players will be hard-pressed to find something truly poorly-rendered.

The game’s enhanced character models also increase the ever-important sense of immersion required for The Last of Us to have its most profound impact. It’s easier to read the emotion on each character’s face, giving each cutscene the potential to be even more powerful. Individual hairs are visible on male characters’ beards, with Joel’s graying facial hair giving him a more hardened look. Ellie’s eyes light up more, illuminating the childlike innocence that profoundly endears her to players. Every scratch, bite, and bruise looks more graphic, so the game’s events as a whole appear more brutal. The Last of Us Remastered‘s fresh coat of paint is one of the most impactful visual upgrades seen in a long, long time.

While The Last of Us Remastered‘s graphical upgrades turn a beautiful game into a stunning one, its increased framerate is its most noticeable improvement. Without a doubt, this is the feature that improves The Last of Us the most, as it massages over any clunkiness that the original title may have had. Because the game is largely running at sixty frames-per-second, everything simply works better. Throwing a brick is quicker and more accurate. Pulling off a headshot feels far more natural. Spinning the camera around the environment to take inventory of enemies in the area is far smoother. One can alter their stealth approach angle to the exact degree desired. Increasing the framerate to sixty frames-per-second changes puts more emphasis on the gameplay and the ability to lock framerate at thirty frames-per-second proves how dramatic the change truly is.

Including Left Behind in the same package as the original story from the get-go makes The Last of Us Remastered a more emotional experience. Those who played The Last of Us last June had to wait until February of this year to play this superb piece of downloadable content. A roughly eight month gap minimizes the impact of the story, meaning that Left Behind was fundamentally unable to reach its peak emotional effect. The open-ended exploration aspects of Riley and Ellie’s mall adventure are mellow enough to allow the player to unwind after the original game’s whirlwind ending. Playing this piece of DLC immediately after the story not only makes it a better experience, but it makes the original story better. Because it touches on events that are mentioned right at the end of the game, it actually serves as a meaningful epilogue. Incorporating Left Behind into the actual story would have minimized its impact, as the most powerful line of dialogue in the DLC is first heard in the closing seconds of the full campaign. Through The Last of Us Remastered, Left Behind is finally able to be played the way it should be: straight after the original campaign’s credits roll.

The Last of Us Remastered also boasts a more enjoyable multiplayer experience than its PlayStation 3 predecessor. Once again, the framerate improves the gameplay. In a competitive online setting, every millisecond is crucial. When one bullet means the difference between life and death, a high framerate makes a world of difference. Giving players the ability to aim more accurately dramatically improves The Last of Us‘ already exciting multiplayer. Turning the camera to heal one of your fallen allies is smoother, meaning that players will rarely overshoot their target. Again, every millisecond counts. The fact that a number of DLC maps are included from the beginning also makes The Last of Us Remastered‘s multiplayer more complete. Every player has access to the same high level of map variation, meaning that its rare to play on the same map twice in a row (unless, of course, the lobby chooses to do so). Purchasable maps alienate those who choose not to spend their money, so naturally the matchmaking pool for these maps will be smaller. This issue, which always rears its head in competitive multiplayer settings, is simply not a concern in The Last of Us Remastered.

The Last of Us Remastered is the definitive The Last of Us experience. Its multiplayer is better, its level of immersion is higher, and its emotional impact is more profound thanks the inclusion of Left Behind. Players will find themselves laughing, crying and screaming once again, as The Last of Us Remastered feels fresh even though the world has seen its content before. Those who have never experienced Naughty Dog’s crown jewel are in for a treat, as are those who are ready to experience it for a second time. This is one of the best console ports in recent history, as it manages to fully capture the spirit of the original while improving upon it in nearly every way.