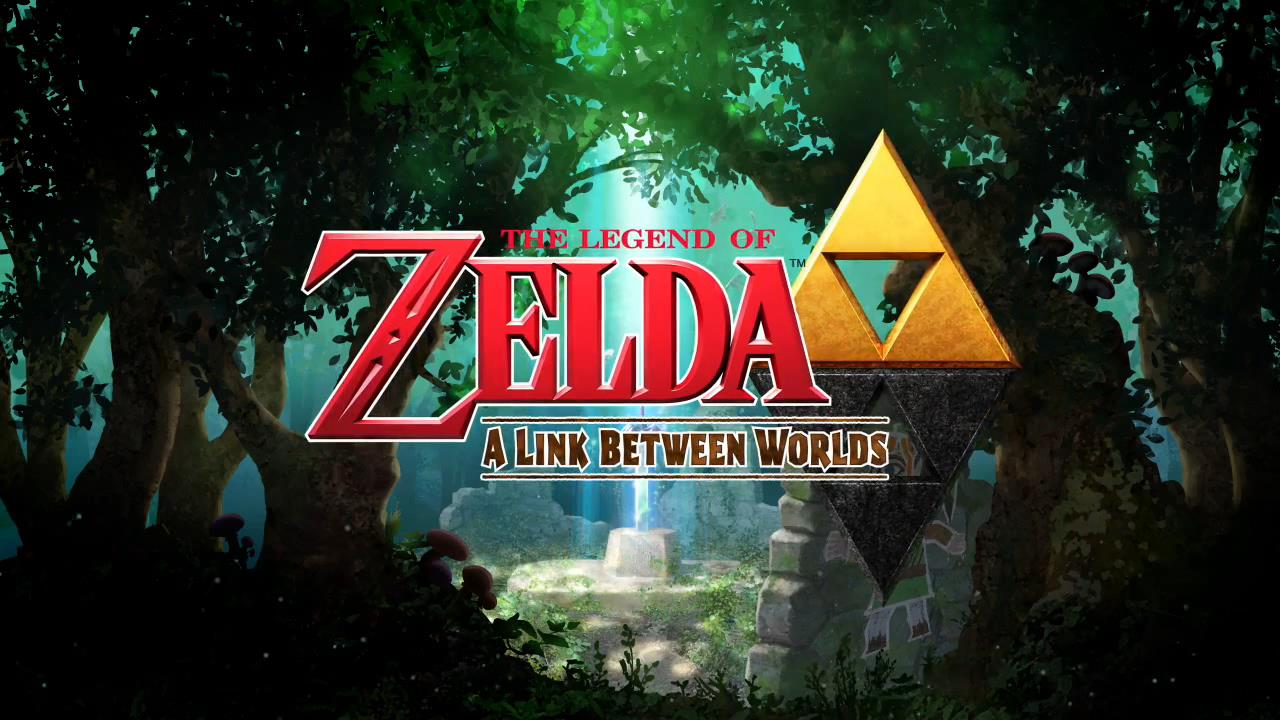 As technology constantly moves forward, previously impossible dreams are not only a reality, but something we’ve come to expect. These changes have resulted in some amazing experience, though it also resulted in many games changing direction and style. While some people welcome these innovations, others long for a step in the past. This is exactly what A Link Between Worlds is. A step back in time, with traditional Zelda gameplay presented with modern graphics. Despite these games being held in high regard, is A Link Between Worlds something you have to play or is it a shameless cash in going for nostalgia?

As previously mentioned, A Link Between Worlds brings back the iconic Legend of Zelda gameplay, but with a number of changes. The biggest change is the move from a linear progression to a mostly non-linear progression style. Unlike previous entries in the series, A Link Between Worlds gives you the opportunity to buy or rent all the equipment you need. If you go the rent route, the items will be significantly cheaper than buying (around 10% the cost of buying), though you lose all rented items upon defeat. This will force you to return to Ravio’s shop and either purchase or rent whatever equipment you need. Buying costs a lot more, but you don’t lose them upon defeat and gain the ability to upgrade them.  This option opens up after a few dungeons and contains all, but three items you need. While this change can make some dungeons feel hollow, it’s nice to be able to explore the worlds without having to constantly keep track of possible bomb or hook shot locations. 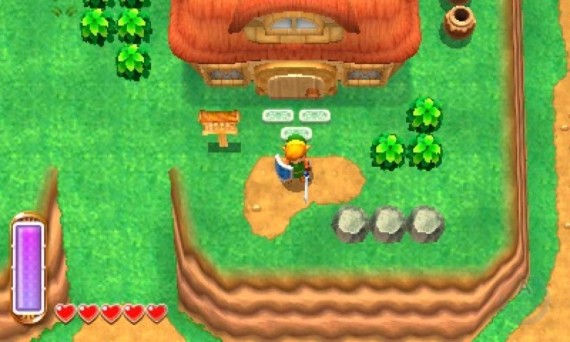 Another massive change, is the ability to turn into a drawing and navigate this two dimensional world. This power comes from a mysterious bracelet Ravio gives you, after you allow him to stay at your house. This might seem like a stupid power at first glace, but they did a fantastic job implementing it. Various puzzles require you to navigate via the walls and several secrets can be uncovered by using this power creatively. For instance, some walls have cracks/bars that you can slip between to get to the other side.

Not only does this offer a new world of possibilities, but literally offers a new world to explore. Due to Yuga capturing the Seven Sages and Princess Zelda in pictures to resurrect Ganon, a number of “cracks” have appeared throughout Hyrule. These cracks, which require the drawing power to slide between, will transport you from Hyrule to the mysterious Lorule or vice versa.

Unlike the vibrant and cheerful world of Hyrule, Lorule is a dark and depressing place overran with monsters and on the cusp of destruction. This is where you’ll spend most of your adventure, though you’ll have to navigate between the worlds in order to save the Seven Sages and rescue Princess Zelda. This can be very tricky at times, but it does force you to explore the worlds.

Upon finding a dungeon, you’ll have to complete a series of puzzles to get to the boss. However, you don’t have to fear getting stuck in A Link Between Worlds. Thanks to a new item, which looks like a pair of glasses, you gain the ability to see ghosts. In exchange for one play coin, these ghosts will give you a hint to the solution. These hints vary depending on how hard the puzzle is, so if you ask about an easy puzzle, the ghost will give you a vague solution. For instance, I asked a ghost near a fairly obvious bow puzzle what to do and my hint was “It looks like you need something that can hit objects in a distance.” or something along those lines. Towards the end of the game, I asked another ghost what to do. Unlike the previous hint, it was a lot more direct, saying something like “Move the statue to the left to move the boulder”. These ghosts can also be used to uncover secret rooms, which can save you a lot of confusion. 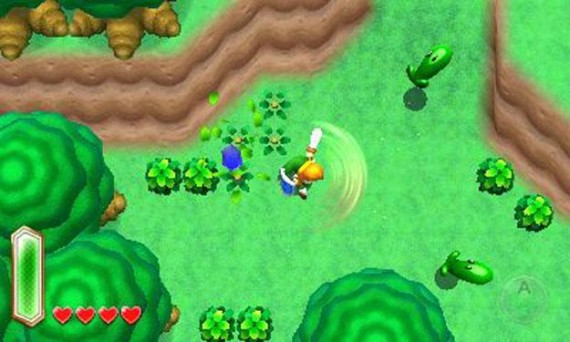 A Link Between Worlds is a delightful return to the classic game we loved. There aren’t a lot of improvements, but the additional world and new power are more than enough. While the story might not have a great premise, the ending is satisfying and something fans will really enjoy. Needless to say, this is a Zelda game that fans and newcomers alike can enjoy and makes the perfect title to pick up and play or conquer while on vacation.