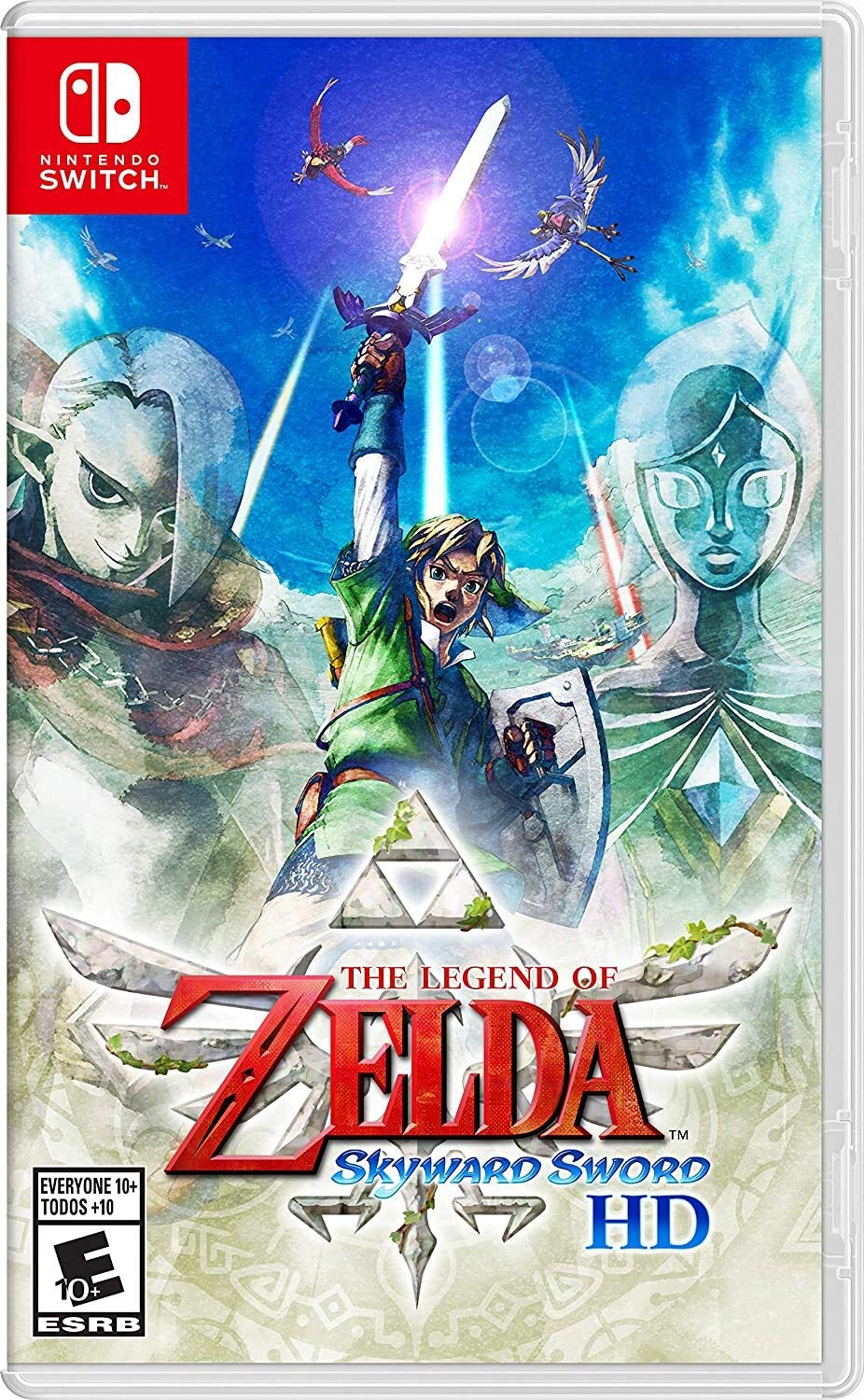 Skyward Sword was the last big 3D Zelda title prior to the now-beloved Breath of the Wild. It came near the end of the Wii’s lifetime, but offered an opportunity for better motion-controlled combat than its predecessor Twilight Princess on the Wii with a grand story and new art style. At the time of its original release it was criticized for issues people had with the motion controls, in addition to the tutorials feeling overbearing and hand-holdy at times. Now that Skyward Sword HD is here, just how well does it fix these issues and is it worth experiencing again or for the first time?

For those unfamiliar with the tale, Skyward Sword takes place at the beginning of the timeline and feature Link and Zelda in their first ever incarnations. Many years prior the demon king had waged war against the Goddess Hylia who sought to protect the people of the land. Unable to keep humans safe she sent them skyward on a large piece of land where they lived for many years peacefully, eventually forgetting much of the world below over the years. The people of Skyloft where they live enjoy flights of fancy upon their massive Loftwings, and this is where Link and Zelda find themselves enjoying day-to-day life not as a princess or knight, but simply childhood friends. After what was supposed to be a happy festivity, Zelda finds herself sucked down to the ground below the clouds where Link is unable to reach her. A voice ends up calling to Link and after following it one late night he finds a sword and the mysterious inhabitant by the name of Fi. She informs Link that together they can find and rescue Zelda, so they set off to the world below in order to see what has begun to disrupt the world as they know it.

Much like Zelda titles that came before it, the formula in Skyward Sword is tried and true. Throughout his adventure Link will visit various dungeons, collect a barrage of items to help him on his way all to help further his traversal abilities. The structure of Skyward Sword is more linear than others, but makes up for it by having the areas that are revisited change over time in addition to often feeling like mini dungeons or puzzles in themselves that must be overcome to progress. Before Link can start his adventure, however, he must first fly there. Using his trusty Loftwing Link can explore the skies above which include a small scattering of floating islands. These are almost all entirely optional but offer treasures such as rupees, heart pieces and a good assortment of mini-games to kill some time on. Once Link has set his sights on the next activity he’ll fly to the pillar of light and descend below in order to dive into the combat the series has been known for. 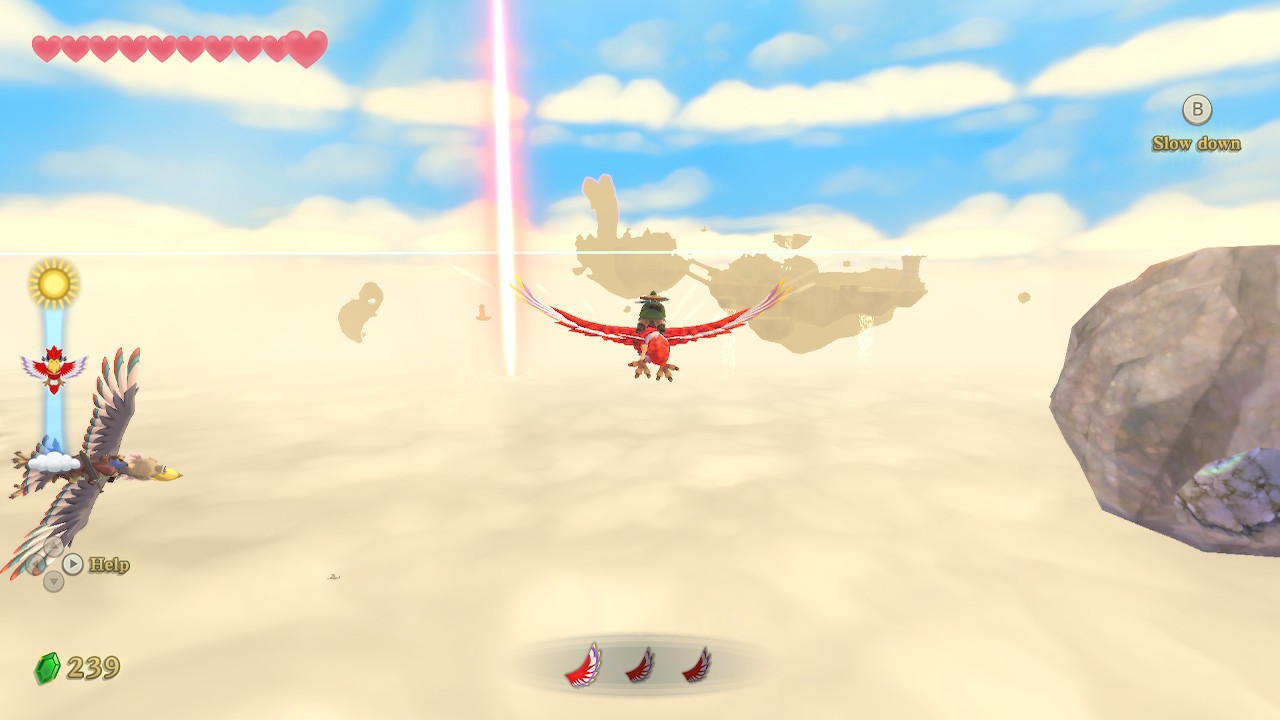 In the original release there was one simple control scheme that was entirely motion based. Now Skyward Sword HD comes with two options, allowing players to choose between the traditional motions or a more toned-down button control scheme. The motion option in akin to what people would expect, but with a nice upgrade thanks to the Joy-Con. In comparison to the Wii, the Joy-Con controls feel more responsive to most movements. It’s never perfect, but it’s helped as well by the fact that the controllers aren’t directly connected so there’s a lot more room to do actions without fear of yanking a cord. Depending on where a player is situated there might be a lot of calibrating needed, but fortunately it’s much more quickly done than on the Wii so even if a tad tedious, it’s at least snappy. That being the case, the button controls are by far the more comfortable way to play even if it takes adjustment and learning at first. Link’s sword is controlled entirely by the right stick, which at first seems odd but it’s all just a matter of quick flicks in any direction to get him to do one of his many moves. Spin attacks feel bizarre at first as well having to flick the stick back and fourth three times, but after a few uses and getting acquainted with the timing it’s much easier to use in combat than it ever was with motion. Everything just moves along faster with the button controls as there’s no fiddling with hoping the positioning is right or re-calibrating when it’s off. There’s also brand new camera control for both schemes with motion having it as the right stick by default and button controls simply requiring the L button be held down to use the camera. It wasn’t a necessary feature, but actually makes a huge difference in the long run.

When Link is done having some down time between trying to save the world he can visit Skyloft and help do some sidequests for villagers. After helping a concerned mother find her child, Link meets a mysterious character who’s looking for gratitude crystals. These are rewarded by completing side quests for many villagers around town which unlock periodically throughout the story. Some of these are simple and straightforward, while some have a lot more involved stories that cause Link to do a lot of running back and fourth. Most rewards for these will be money, but it’s highly valuable thanks to the upgrade system that’s been implemented 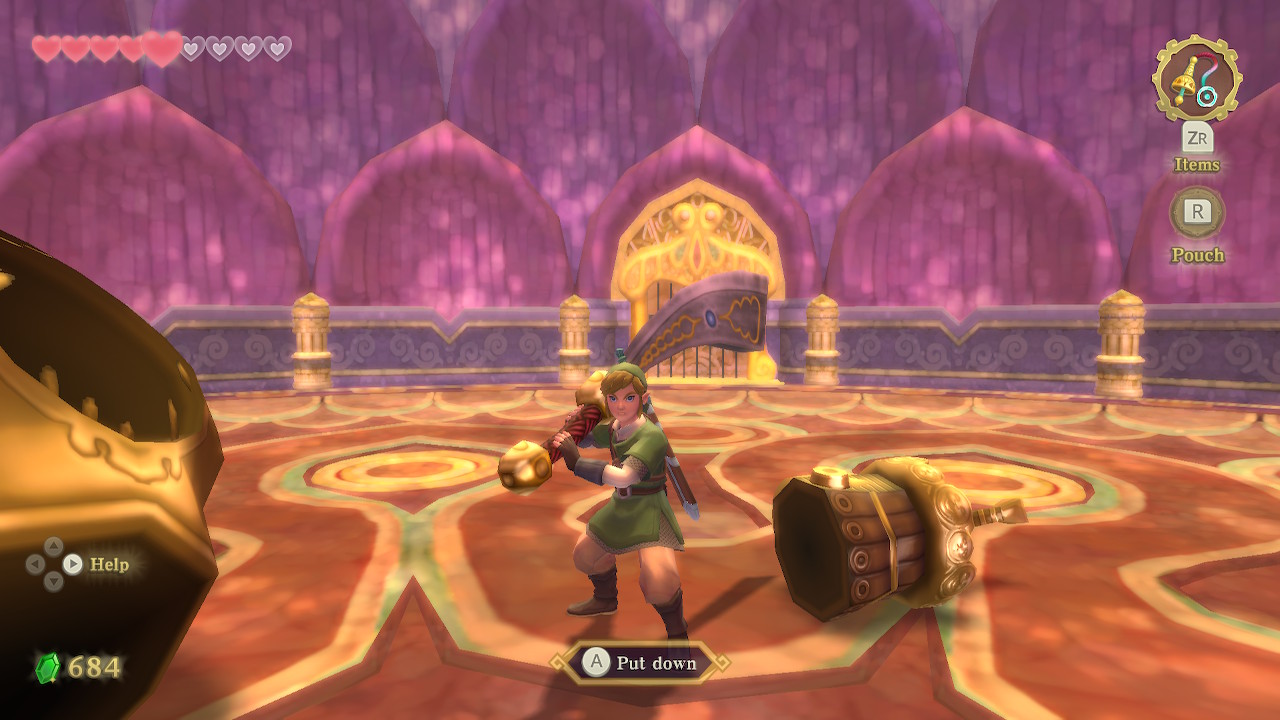 One of the many NPCs at the bazaar is capable of upgrading some of Link’s gear he’s obtained such as shields, his beetle and many more. The catch is this both costs money and various items found off killing enemies or just while exploring. Upgrading shields in particular is valuable, as before Breath of the Wild did it Link did have breakable gear but it was only the shields. Upgrading makes them more durable in order to help fend off enemies longer which can never be a bad things. There’s also a potions shop which adds a lot more variety to what Link can pick up on his quest including ways to be temporarily invincible and even restore health to a damaged shield while on the go. Item management is also important since non-essential items now require space to keep them on hand. Fortunately extras are stored away with a woman at the bazaar so it’s more a conflict of picking and choosing before more upgraded spots become available.

One of the most obvious changes to Skyward Sword are the improved visuals. While it was a gorgeous title on the Wii, it was hindered by not being HD when improved televisions were becoming the norm leading to blurry and muddy-looking visuals. Now the world is more gorgeous and vibrant than ever before, with everything looking simply lovely and charming. The water color art style truly stands out more than ever and is fun to admire and appreciate the vision originally had in mind for the title. It also now runs at an almost terrifyingly smooth 60fps, which may be jarring for fans of the original who might be caught off guard by the welcome, but initially jarring, smooth gameplay it now offers. Other many helpful changes include lowering Fi’s amount of interruptions and keeping her more in line with Link’s other companions and there’s also now an autosave feature, which while not entirely necessary, is a welcome addition in any title as it can never hurt to have a little extra security. 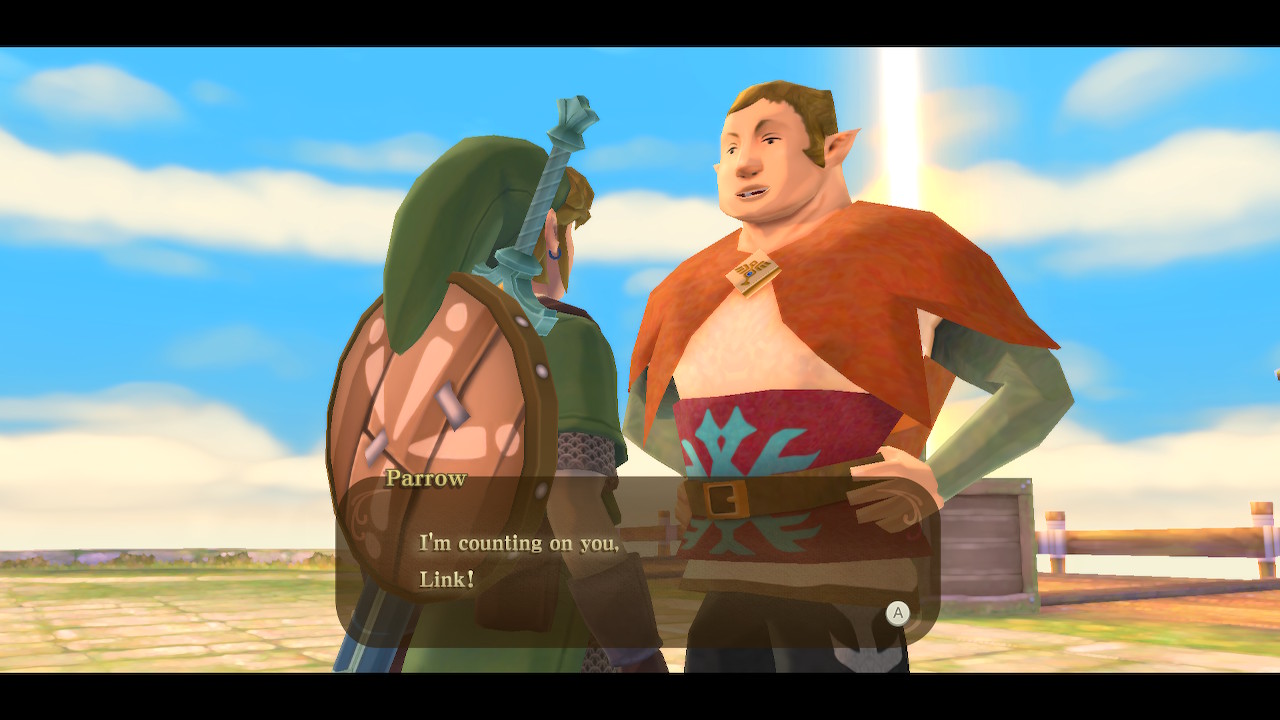 Skyward Sword was already a fun title for those that were able to play it, and now it’s become even more accessible with the movement away from the forced motion controls. The new control scheme may take some getting used to, but it creates a fluid adventure that’s much easier and comfortable to play at a moment’s notice. The other quality-of-life improvements have also helped the pacing immensely especially for those who have already experienced the story once and just want to dive into the dungeons as quickly as possible. For those who didn’t enjoy Skyward Sword because of the motion controls, it’s worth picking up to experience the title in a much more enjoyable control scheme. This isn’t even to mention the overall fantastic gameplay, characters and story that make it well worth getting for those reasons along. The Legend of Zelda: Skyward Sword HD is not only the best way to enjoy this title, but hopefully will be remembered more fondly thanks to welcome adjustments and improvements that make an already wonderful entry in the long-running series even more wonderful.