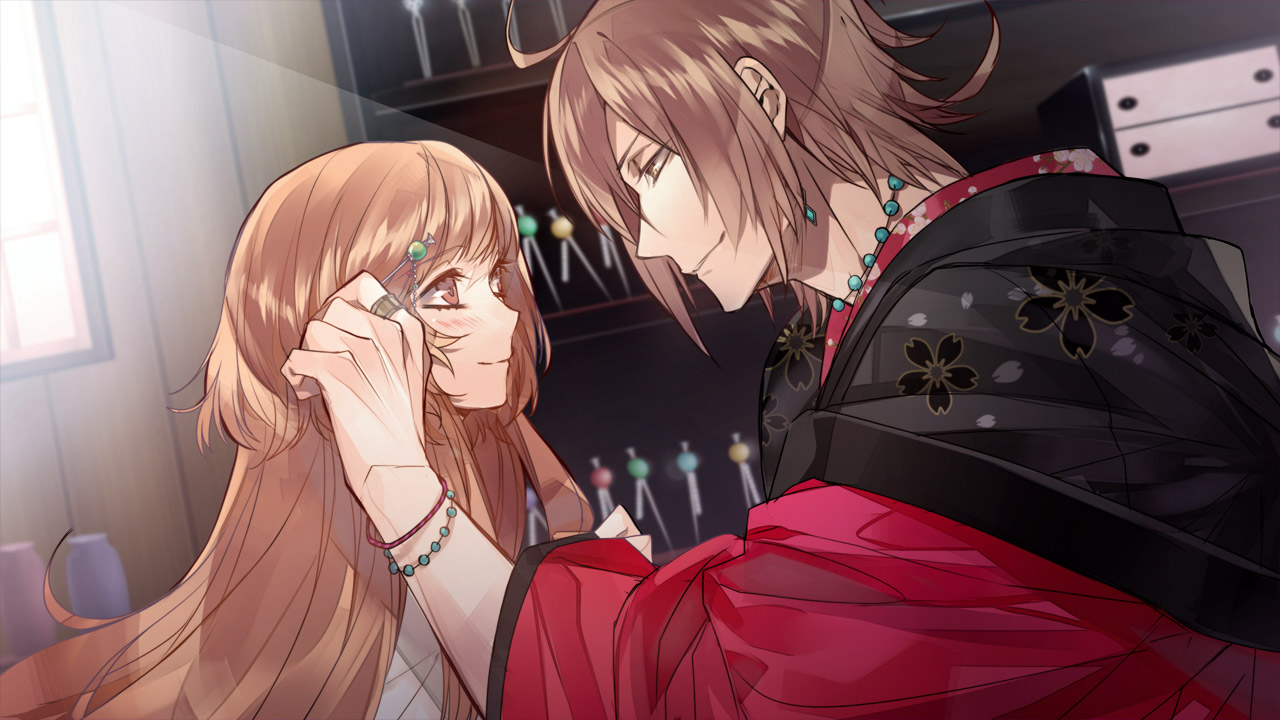 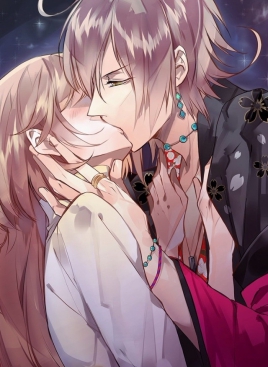 The Men of Yoshiwara: Kikuya

It wasn’t that long ago that the idea of visual novels, let alone otome titles, on Steam sounded like a laughable fantasy. Luckily for fans of both, we’ve seen the genre finally gaining acceptance via Steam. Not only are indies taking to the digital distribution platform, but many developers are making the effort to publish their games in English for new consumers. One of the latest games available thanks to the changing digital market is The Men of Yoshiwara: Kikuya by Dogenzaka Lab. The name might be familiar to otome fans who play on their phone as this game originated on smartphones. There, players could check out the prologue free of charge but had to pay per route to see everything it had to offer.

Now, you can nab the entire storyline, which includes all six main guys’ routes, their sub stories, sequels, and date scenario sequences. Basically, you’re getting a heck of a lot with The Men of Yoshiwara: Kikuya’s PC debut as compared to the parceled out mobile version. It’s worth noting that the PS Vita release is the basis for the CG scenes available here. As such, they’re of much higher quality (though not without their faults, as we’ll get to later). It’s also important to note that Kenji’s storyline, which was added for the Vita release, is not included here. But what if you’re not an existing fan of this visual novel? In that case, let’s explain exactly what this game is all about.

The Men of Yoshiwara: Kikuya is an otome game based primarily on an island where men seemingly are never born. Because of this, the few men who ever arrive are a huge deal and something of a rare delicacy. The only way for most of the islanders to see a man up close is to visit the red light district and purchase a guy for a night. Given this story setup, none of this is treated as a bad thing and is just a way of life for the women of the island — provided they’ve got the money to satisfy their desires. Our protagonist is a young woman who is anything but rich, stumbling upon a woman and her courtesan as they plan to elope. Because she helps them escape, she is rewarded with a fairly handsome sum of money. Now she’s free to explore this red light district which had been nothing but a mystery to her up until this point. 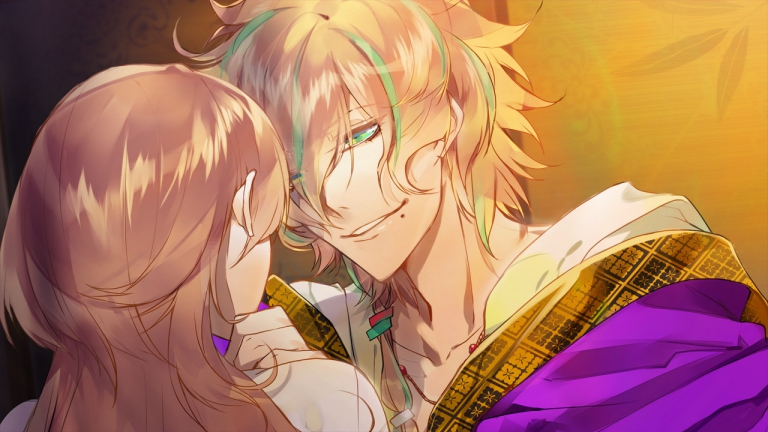 The concept may seem like something excessively steamy for Steam for some folks. After all, while sexual content and nudity is allowed (to some degree), Valve have taken a stance against erotic content which pushes the line too far. The Men of Yoshikawa: Kikuya does not overstep these boundaries; despite the storyline of effectively visiting a male brothel for hours on end, you never see anything directly explicit occur. It’s mostly within the text descriptions that things occasionally become heated. Still, it’s cool to see an otome title available in English which actually allows the heroine to have sex (rather than simply alluding to it as an eventuality). It would be far too awkward for a game of this setting to ignore that aspect.

Players can choose from one of six courtesans to spend their time with. Each offers a distinct storyline where we learn more about the guy of our choosing and (potentially) fall in love with him. Although each character is incredibly handsome, not all of them have particularly winning personalities. Of note, some still manage to come across as downright creepy or dangerous on occasion. Another oddity of the storyline is how much the protagonist is positioned as being a pure and immensely shy character even within these explicitly sexual confines. Given that the rest of the women see this all as completely normal, it’s a little odd that she exhibits such different values. 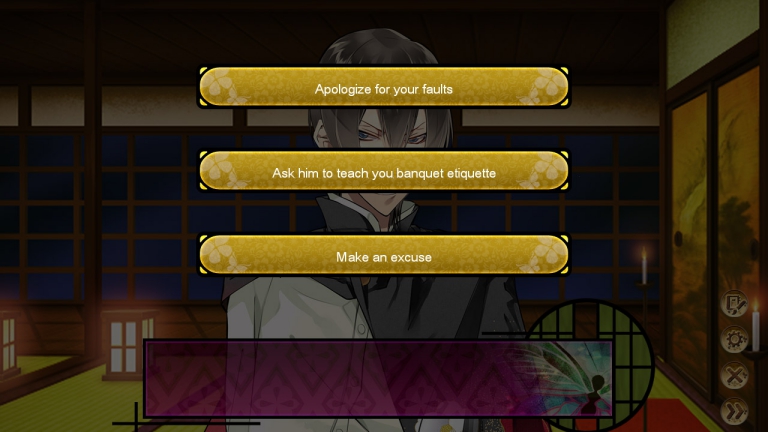 Visually, there’s a lot to drool over in The Men of Yoshiwara: Kikuya. The outfits each guy wears are divine and totally fitting their role as courtesans. Of course, the CG sequences look even better. The only issue with these images is that they aren’t 1080p resolution. Setting the game to fullscreen reveals some unfortunate jagginess on the image being stretched to accommodate. The soundtrack is a bit of a misstep in that there are actually very few songs you’ll ever hear while playing the game. Sure, they feel appropriate for the theme and setting, but it’s so repetitive that it’s a let down. Finally, there is no voice acting at all, which is sure to let some players down.

The biggest issue with The Men of Yoshiwara: Kikuya is not its story, characters or soundtrack. It’s the writing that causes the most issue — and that’s a huge deal for a visual novel. Players expecting a wonderfully localized experience will simply not get it. The translation leaves a lot to be desired, with sentences sounding stilted and improper word usage aplenty. Not only that, but it appears that very little editing work was done at all. Native English speakers will certainly find that, while they can understand the story, it is often a pain to read due to awkwardness of the translation. 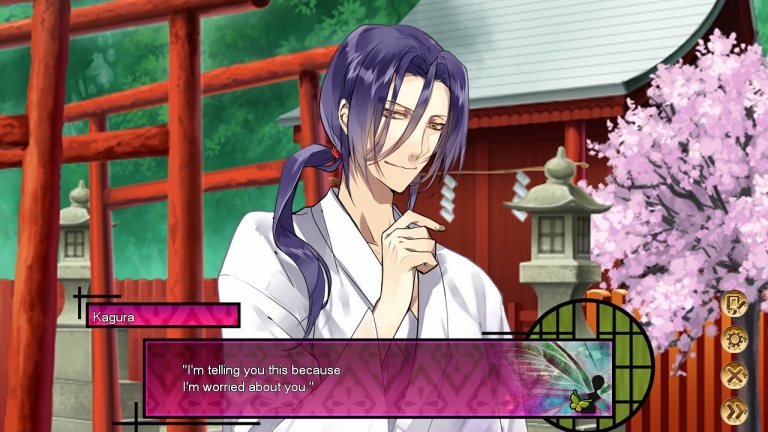 The Men of Yoshiwara: Kikuya may be worth a purchase on Steam for those who haven’t played it, but there are definite issues with the release. The biggest of these is the iffy translation and editing work done to the text, harming its ability to entertain. As far as the artwork and amount of content are concerned, though, this is a fine product. Take the mobile version for a spin (at least the free prologue) and see if it jives with you. If so, then consider picking up The Men of Yoshiwara: Kikuya in complete form via PC. Otherwise, pick up one of many other high quality otome titles which have launched so far this year.