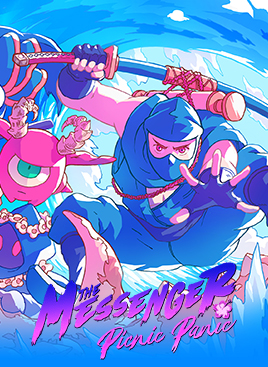 Sabotage Studio’s The Messenger was a triumph for the platforming genre. A game that underscored a great amount that’s quintessentially long-lasting about one of video games’ oldest fields. An easy-to-grasp/hard-to-master gameplay mechanic via its cloud-hopping; the pleasant variety in its visuals and environment design, the excellently-carved out difficulty curve. Add to this the surprising revelation of the game presenting an intriguing backstory and lore, complete with a cast of quirky and entertaining characters; in the end what you had was a game that took the philosophy on platforming and added to it with visual and gameplay twists alike that never seemed out-of-place nor forcibly shunted. Indeed, The Messenger more than deserved its coveted place amid the highest tiers (if not the outright top) of platformers in recent years, bested only by one of the very first releases of last year. And it was thanks to this dedication with its setting and its world, where the prospect of a hopeful/likely sequel, was one fans would be eager to see somewhere in the pipeline — however long that may have taken.

Picnic Panic, Sabotage’s additional slice of DLC content for The Messenger, does very much serve as both a continuation from that aforementioned curve of challenge, but it’s also a well-suited vertical slice in what made the base game so wonderful to play through in the first place. And so enjoyable to see unfold outside of its challenging, ninja-acrobatic antics; not that it was anything other than a pleasant — though sizeable — secondary to the gameplay, but Sabotage clearly had a knack for comedic writing in the narrative, but also with the eclectic bunch of characters the player-character met on their travels. It was arguably the one attribute that really lingered on the mind given how unexpectedly Sabotage had nailed the writing in this regard. Thus, it’s the returning presence of such characters — the Shopkeeper makes a return, his tales and moral-lessons of such still as odd, still as deliberately long-winded, as they were from before — that really does make Picnic Panic feel in parts like a victory lap of sorts, but not in a way that seems forgetful or otherwise indulgent in its own accomplishments.

Because Picnic Panic, while could be treated as simply an accompaniment — a side-quest set in a parallel world, if the bafflingly-deeper implications the game’s lore eventually revealed — doesn’t simply rely on artificially stretching out the experience. Strange as it may sound to profess, much how early thoughts played out going into the base game, Sabotage likely could have gotten away with less than what is offered here, and yet Picnic Panic — though keeping to the template — does manage to squeeze in a few surprises here and there. Be it a mid-way boss that genuinely pushes players to the edge of their capabilities or some of the dimension-hopping puzzles that result in the path being opened, Picnic Panic is by no means some extra fluff to add to the base game’s elegance in design. 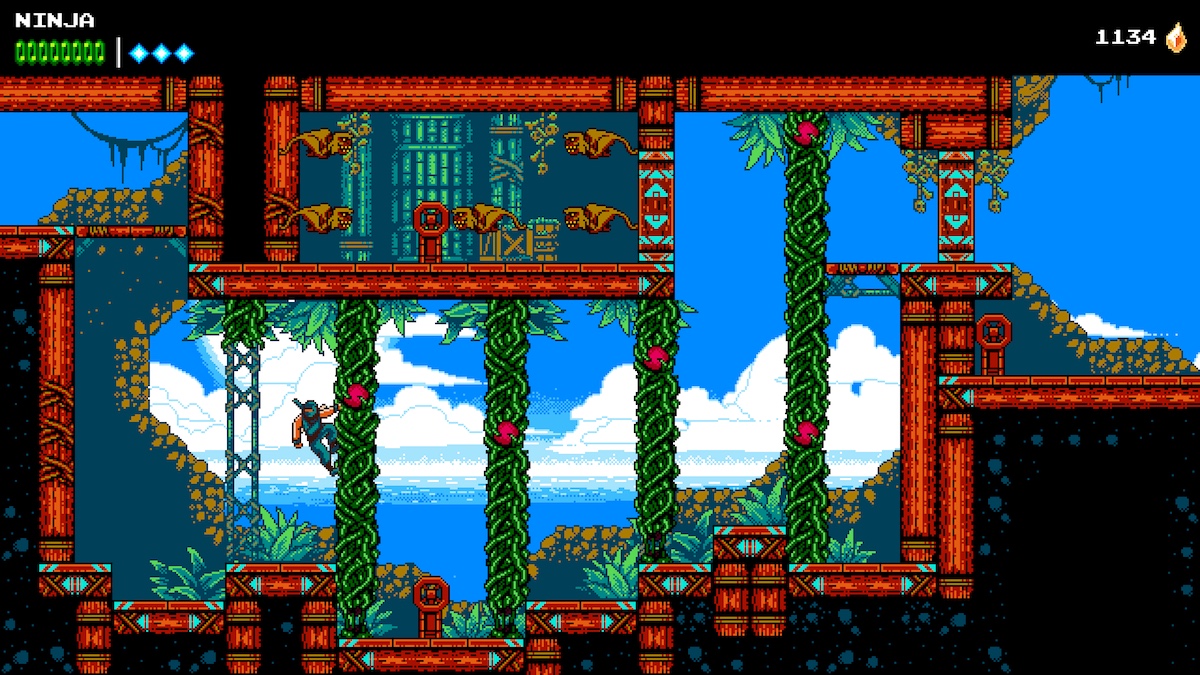 Granted, the short-burst of additional content here doesn’t go the full way in replicating the full joys of the experience found in the base game. There are, sadly, no additional key items/upgrades to acquire and for its brief two-to-three hour run-time, Picnic Panic plays out more like the base game’s first half — the revelatory Metroidvania leanings in the latter half, absent here in favor of a strict, linear, A-to-B series of environments to trek through. But credit once again to Sabotage in nailing that classic approach to level design in platformers; while the explorative aspects are absent, the level of challenge — and the cunning ways the game builds on, to potentially trip players up — is undeniable. A consequence of the continuing arch up the difficulty curve gets going into Picnic Panic, it’s no surprise that players are required to beat the game (again a second time, if you’ve already gone through the motions of seeing the credits screen previous) in order to gain access to this additional tale, as Picnic Panic‘s ascent is no easy feat. Safe areas and platforms in lesser supply, new enemies sprinkling proceedings with a bit more of that involuntary frustration that comes in simply wanting to get to the top.

It’s here where players are tested more so with what they’ve learned and picked up on their travels through the base game. Knowing when best to use a regular cloud-hop when moving between lanterns, or when to use a cloud-hop in conjunction with gliding. Identifying which enemies to hit and when; which side is correct when traveling through a dimensional portal that, once again, switches 8-bit and 16-bit aesthetics. The window of opportunity is much lesser here and while there’s plenty of frustration to be had with the additional means at which enemies fire projectiles or simply move about a given screen-space, Picnic Panic once again plays out superbly in its marriage of tight controls and seductive reasoning as to how one is meant to get past the next ordeal. Something that is reflected in the DLC’s accompanying collectibles scattered about off the beaten path — the route to the end even more focused on identifying which sequence of move-sets is, not the right, but the only way forward. 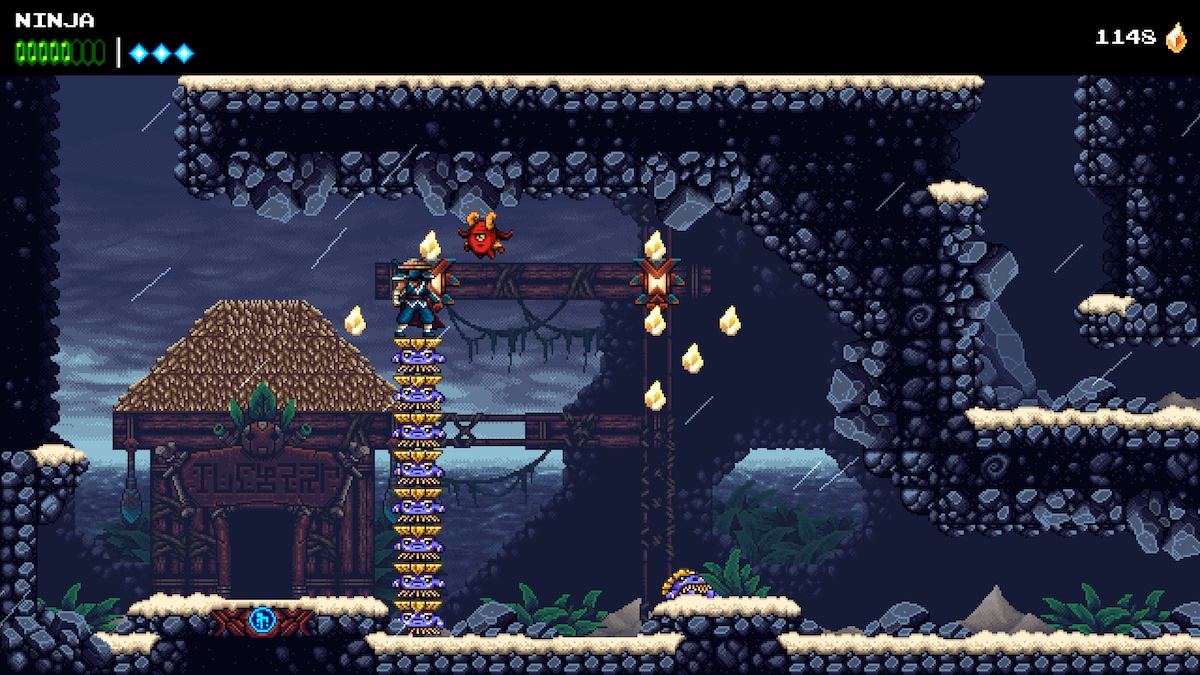 While brief in the case of run-time, that doesn’t mean that Picnic Panic doesn’t unfortunately fall short in some areas. Areas of which it — like so many it got right — excelled on last year; the prime one here being the additional music that makes up the DLC’s soundtrack. Though the slightly-tropical twist on the Shopkeeper’s theme does offer a brief pleasantry, sad as it is to say that the themes for each of the environments doesn’t quite match the effectiveness of the music found in the base game. A likely result of the base game’s revelation in how it shifted from 8-bit to 16-bit, but the fact both aesthetic versions of these tracks are present from the start, it mitigates some of that joy and impact found in hearing specific themes for the first time, all over again.

Interesting it might be to see how certain melodies and elements change when hopping dimensions, it never meets the high of, for example, hearing Howling Grotto evolve from its chippy 8-bit melody to its heavier-hitting 16-bit equivalent. But based solely on the compositions themselves, in contrast to such highlights like Autumn Hills, Cloud Ruins or the theme of the Music Box — outside of its final boss battle, which offers its own sudden left-field gameplay turn — the music here doesn’t quite meet the high-bar standard set by the base game, ultimately seeping too far into the backdrop to get much notice. 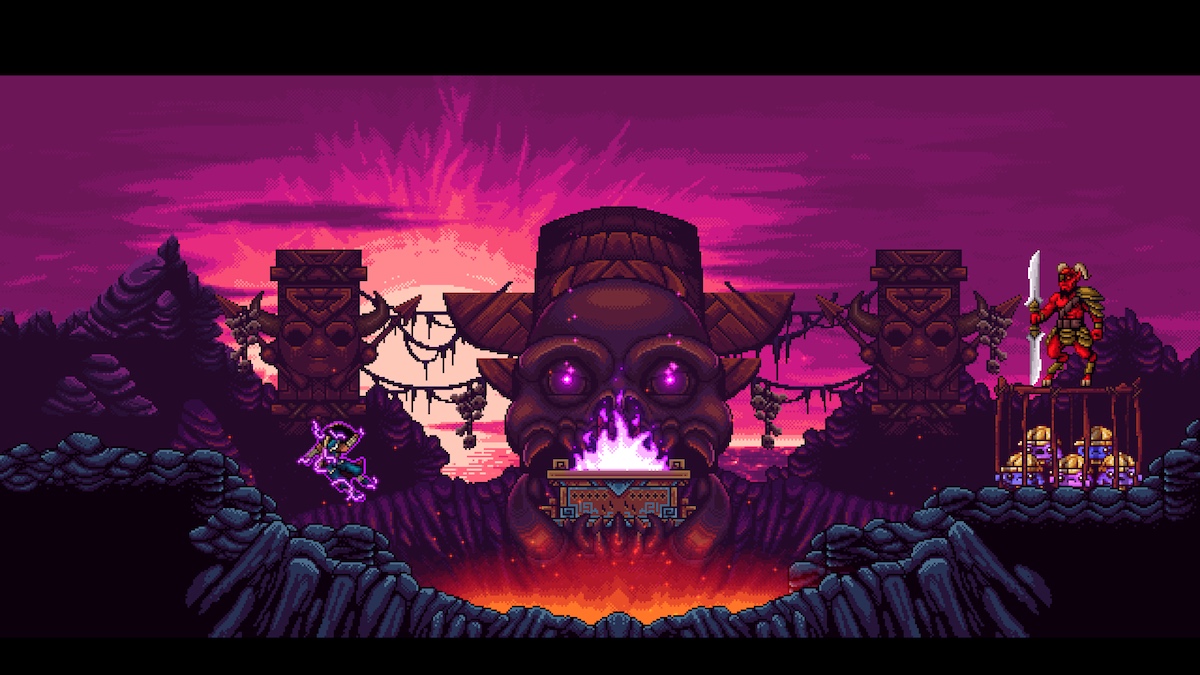 For those looking for an extra bit of challenge — not to mention one heck of a sequel-bait left to linger right at the very end — The Messenger: Picnic Panic fits the bill of tasking players to prove their worth with every and all skills they’ve accumulated from the base game. Yet Sabotage’s care and clear love for the material they’ve already crafted is here and accounted for too with a figurative vertical slice that perfectly sums up the base game’s joyous yet formidable build of a platformer with a surprisingly witty and interesting world to match. Still just as quirky and as self-aware as it was last year, the dimension-hopping antics may have lost a smidgen of the former majesty, but it takes nothing away from how well Sabotage have crafted many a level that is all too ready to have you stun-locked into tumbling all the way back to square one. That annoyingly-enticing challenge remains the beating heart of Picnic Panic‘s design above everything else and it’s one players will enjoy seeing fulfilled come the few extra hours they’ll invest here. Whether the studio will indeed “do the thing” all over again for a sequel is up to them, but The Messenger: Picnic Panic serves as both a continuation as much a celebration of what made The Messenger such a fantastic outing in the first place.