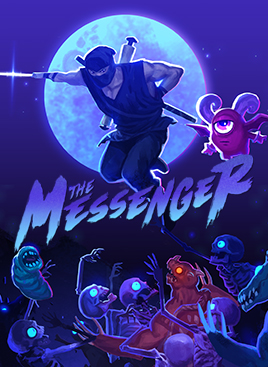 Sabotage Studio’s clear-as-day homage to the original 1988 release of Ninja Gaiden on the NES is so obvious a trait it’s not even worth bringing up — albeit in some fleeting requirement for those who haven’t yet heard of the studio’s 2018 debut effort, The Messenger. But due in large parts to the nostalgic throwback complete with the more visual gimmick of flipping between 8-bit and 16-bit aesthetics, it wouldn’t be surprising if that turns out not to be needed. The game has, after all, received attention given the length of time from first announcement to final release, has been but a mere eight months. Truth be told, had The Messenger simply been “not-Ninja Gaiden” with a sprinkling of aesthetic-shifting puzzle-solving here and there, the experience would have still been deemed relatively satisfying. A commendable throwback that isn’t afraid to let its influences be known. A good action-platformer, but little more.

Yet The Messenger is, thankfully, much more than that if one were basing it solely on the game’s figurative “first half”. Indeed one of the more interesting take-aways here is that the game needn’t arrive at the point where it introduces its 16-bit aspect for the notion of things steadily being built upon to manifest. The visual side of its starting 8-bit standard instead resigning space to allow the core gameplay underpinning all this to shine through. To remind the player that in order to triumph, one must make great (and at times best) use of your player-character’s Ninja-like acrobatics and gradually-building arsenal of tools. This isn’t to say the visuals and structure of its environments aren’t deserved of some attention, as it’s clear Sabotage have taken immense care in building a world that is varied artistically, but structurally keeps to an ever-inclining, but fair, difficulty curve.

In that regard, purely on its sense of challenge, The Messenger nails this approach perfectly; what starts as a mere double-jump to a higher ledge gradually builds and builds through repeated teaching and resulting execution (with plentiful practice should you screw up) until the player is frantically chaining together moves so as to survive falling into an infinite abyss below by the end stretch. It’s the mechanics and simplified control scheme wherein the real joy of The Messenger is to be found; Sabotage’s smartly-arranged stream of screen-for-screen levels, all the while littered with intentionally-placed enemies ready to screw over your next manoeuvre. While the combat could be regarded as pure homage and relatively basic, by no means does it take away from how genuinely enjoyable it all is to see work in tandem with the player-character’s move-set. Especially when one gets to that aforementioned abyss that turns a brief moment into a precarious “the floor is lava” scenario — your only option being to chain together a successful string of moves (jump on this to strike that to avoid this and finish off by grabbing that) which may even require taking advantage of particular enemy involvement merely to survive and move on. 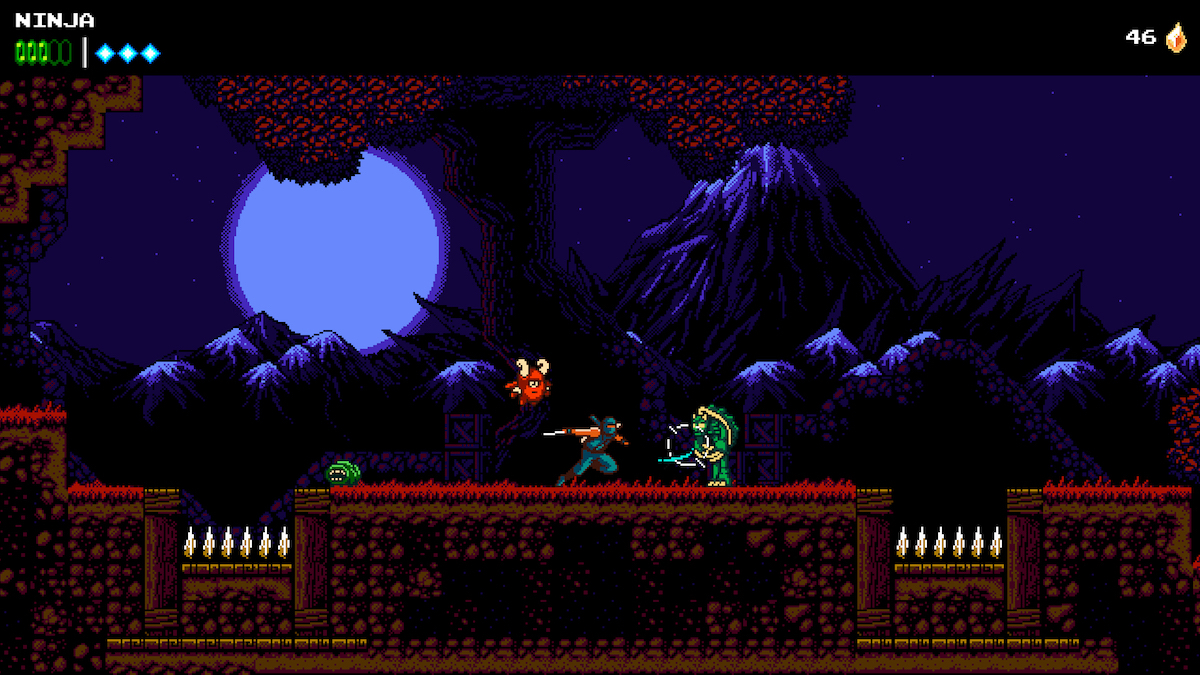 As a result, The Messenger’s latter efforts, purely on gameplay terms, can induce frustration — controller-flinging levels of dismay in fact (especially when it comes to gathering all of the optional, tucked-away collectibles) — but it’s nothing the game doesn’t offer plentiful opportunities to master early on or at least provide you the opportunity to at least experiment with the apparatus on display. What’s more, the primary “cloud-hopping” (as it’s dubbed) mechanic of which everything else revolves around — serving as a kind of bonus double-jump upon successfully striking an enemy or lantern — mitigates any idea of the experience feeling in anyway unfair. Even if many a repeated attempt can have you perceive it as such. This is no bigger a fact than in tackling the myriad of bosses. For something as simple, as trivial perhaps, as a retrofitted double-jump, The Messenger again does a terrific job at throwing up devious set-piece after devious set-piece without letting up what it may have in store further down the line.

Naturally, a lot of these encounters boil down to memorizing attack patterns and making best use of the obvious opener, but Sabotage still ensure each fight is both entertaining to see in its full 8-bit/16-bit pixellated glory, as well as ultimately engaging to tackle. Thus, if Sabotage were to have orchestrated all of which that’s been covered up to this point and then decided to call it a day, you’d still have a game whose refusal in getting too blind-sided by its nostalgia result in a title to take notice of. But no, The Messenger goes beyond even this and before long, burrows deeper into the figurative rabbit hole so as to completely flip its own structural formula on its head. Before long, in the subsequent “second half”, The Messenger transforms itself from a humble action-platformer, to lo and behold, a Metroidvania. 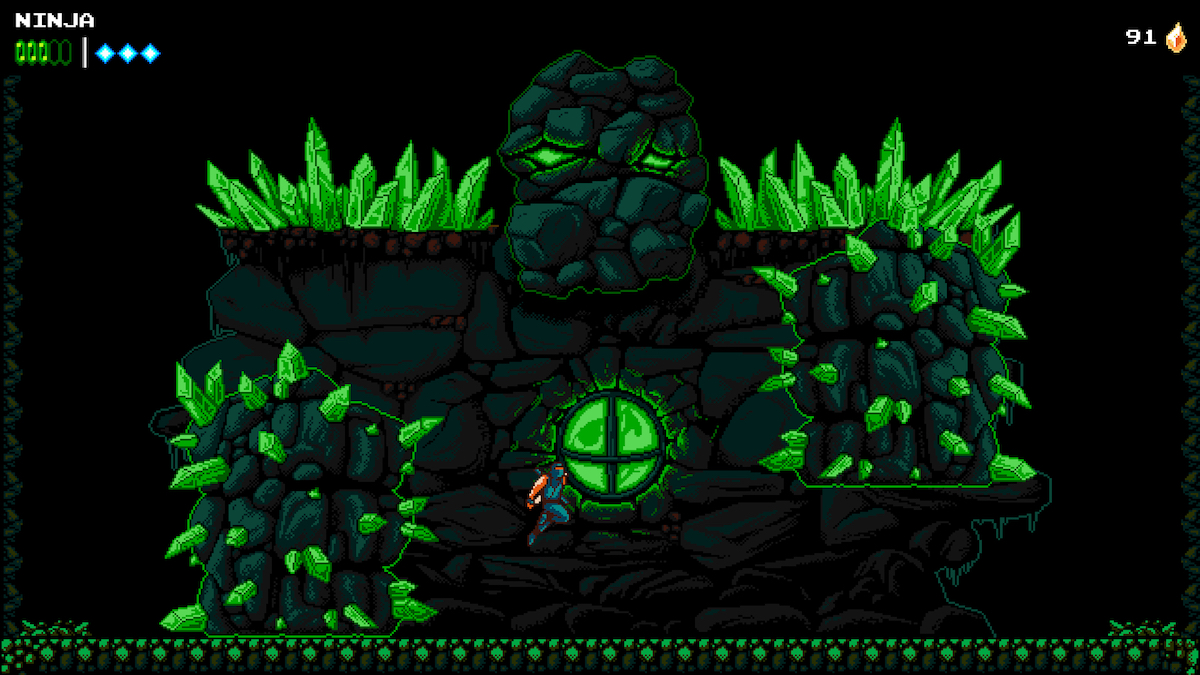 Without going into story spoilers or specifics as to how (or even why) it does this, needless to say the game pulls this off brilliantly without ever feeling forced. If anything, the shift from one genre to another (which also ties into its introducing the 16-bit aesthetic and “flipping” between generational styles) feels almost like a pulling back the curtain moment. Revealing that, all this time, The Messenger was much more than what it was initially letting off, you just couldn’t see it. Resulting not only in a more explorative revealing of its preconceived linearity, but an expansion too to its core gameplay. Puzzle-solving, namely in finding one of many “rifts” that allow you to switch between aesthetics — and more importantly, how and when to do so — becoming critical to the latter objectives.

Granted, some of the traversal during these parts can come across as prolonging. Corridor sections and mere back-tracking failing to disguise itself as merely padding the inevitable acquiring of a key item. Even so, it doesn’t wholeheartedly diminish how enjoyable it is to see a once linear section reveal itself as having been much more than a mere allotting of platforms to traverse. While the wonderfully-melodic soundtrack (complete with duel 8-bit/16-bit variations on each level/area) goes a ways to distract in a more beneficial light, one of the greatest qualities The Messenger wields — and one that prevails from beginning to end — is its writing. Namely, the ways in which it weaves in dry, deadpan, self-referential and even po-faced humor, particularly during brief conversations with a certain shopkeeper and his many stories to tell throughout the course of the game. 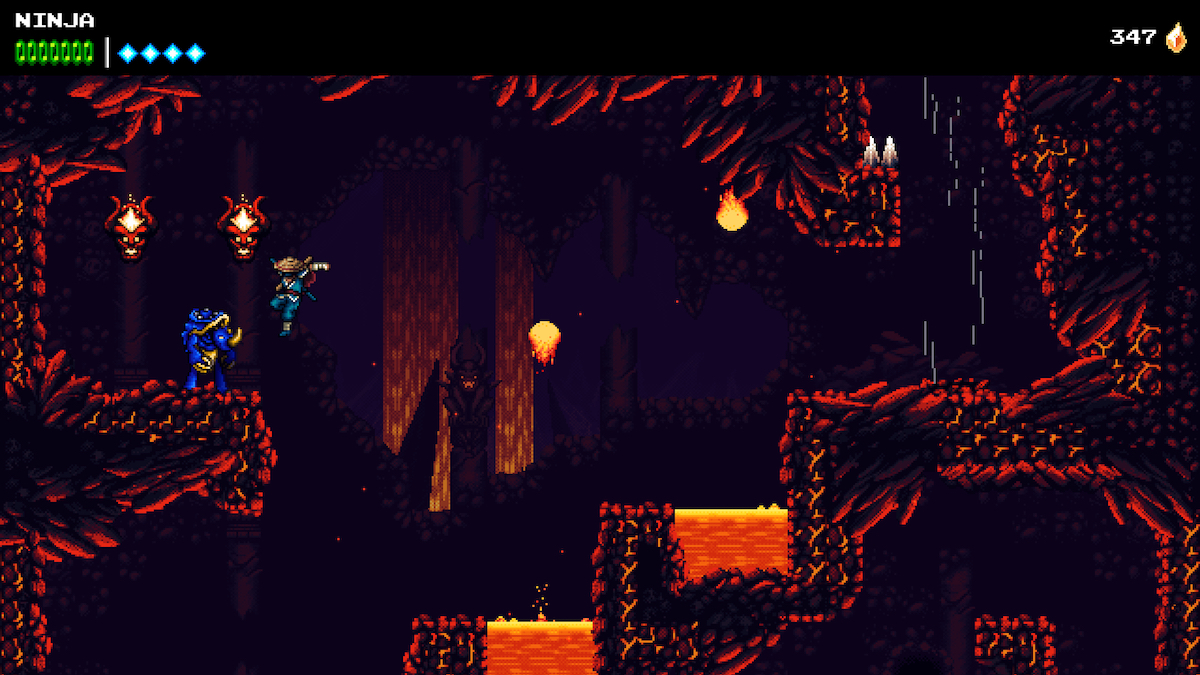 Not all of this would-be comical writing lands and a few jokes here and there do feel out-of-place or simply don’t connect, particularly the “meta” commentary and brief exchanges with helpful NPCs mid-game. Thankfully, The Messenger’s self-aware, self-demeaning attitude (particularly when tackling its more absurd and surreal elements) mostly succeed in providing welcome levity during its more “down time” parts. Especially when the comedy extends beyond the dialogue, and thematically, throws up occasional silliness — ones that, not for the first time during the course of the events, offer a chuckled “AH-HA!” reaction.

Alongside some misfires in the writing department, Sabotage’s debut effort isn’t without a rare incursion in other parts. On a technical level, the game does show chinks in the armor. Namely on a couple of occasions where the player-character can inadvertently clip through an instant-death situation and remain stuck. One example occurring during an ever-rising pool of lava and another resulting in one being confined beneath the screen upon falling to an implied death. Another small complaint lies in the fast-travel points that unlock during the latter periods; given how much back-tracking and retreading similar ground takes place, the fact that warp points are limited to one per zone/level — some areas not even having a warp point — again feels like an artificial means to lengthen one’s duration. 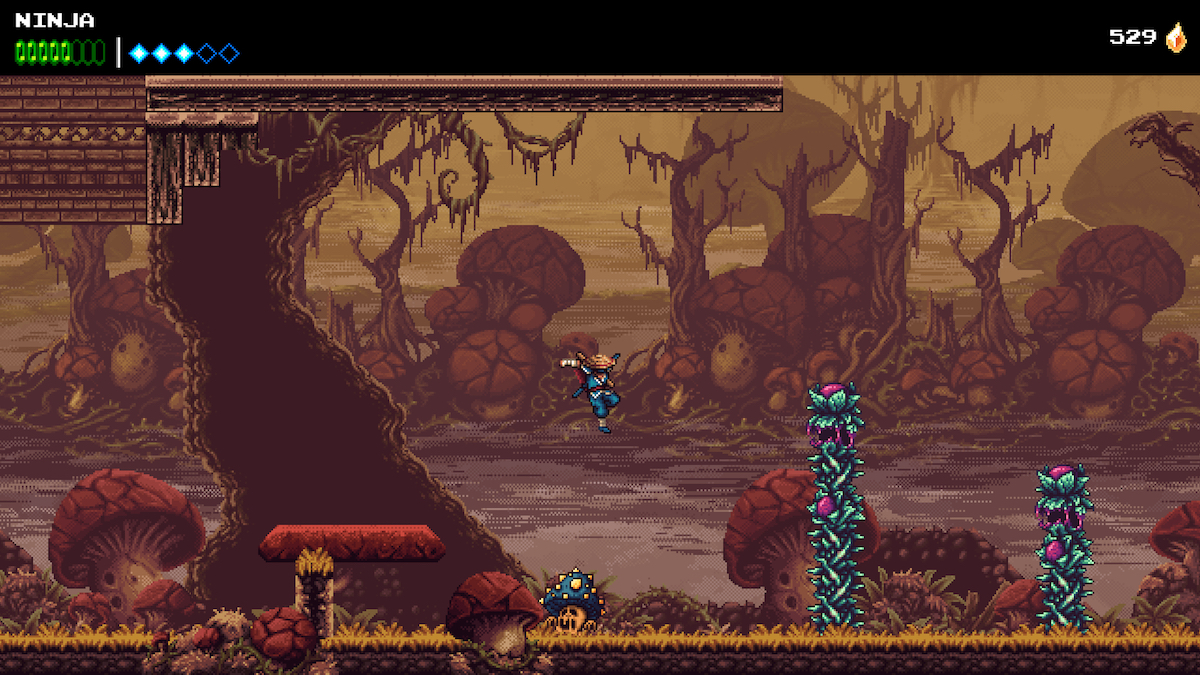 Truth be told, these are but brief and minor gripes in what is a twenty hour quest (should you aim for a full 100% completion) chock full of charm, wit and some of the most mechanically-sound and cleverly-designed platforming you’re likely to find this side of 2018. While it would be unwise to call it a bait-and-switch, it goes without saying that Sabotage Studio offer enough proof in throwing up a surprise or two along the way — mixing up the gameplay and indeed narrative flow in a way that is both sensible and entertaining to see unravel, even fold in on itself at points. With its tight controls in full tow, The Messenger is a fantastic debut from a studio that may play deeply on their sole influence but, crucially, find the means to push beyond mere imitation to create something aesthetically fresh. A stellar platformer and one many will remember for some time.