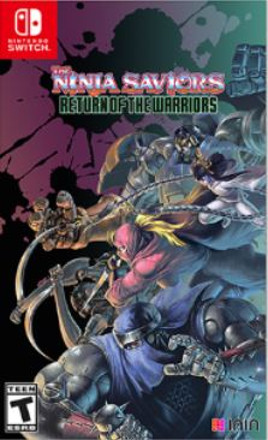 The Ninja Saviors: The Return of the Warriors

If you think about it, Ninjas aren’t as prominent in video games as they used to be. Yeah, Ryu Hayabusa moonlights in Dead or Alive and Warriors Orochi games when his main gig isn’t getting much action or some dreadful attempt at a Turtles reboot happens. We’ll otherwise see an occasional ninja pop up here or there but the popularity of the ninja mystique seems to be peaked in the late ’80s and early ’90s and has disappeared into the shadows, much like good ninjas tend to do. The Ninja Saviors: The Return of the Warriors sees the ninja deficit and tries to swing things back into a more pro-ninja by creating a game that wants to party like it’s 1994.

The Ninja Saviors: The Return of the Warriors is an enhanced remaster of the 1994 SNES game The Ninja Warriors which was a follow up to the 1987 arcade game The Ninja Warriors. The enhanced remake, even with its modernization, plays like a coin-operated cabinet that was frozen in time a quarter century ago. Anyone looking for a retro fix that remembers those cool arcade games of the era is going to find a lot to like about this title. Conversely, people who has been seeing how games have progressed since that time period will find it abundantly clear that all the limitations in gameplay from that time have also been included.

The Ninja Saviors: The Return of the Warriors is a 2D side scrolling beat ’em up set in a dystopian future. Some evil tyrant overlord has taken over an made a mess of things and has an army of robots and mutants that are determined to make the dystopian world even more dystopian. To combat this evil, the player selects one of the heroic robot ninjas to bring an to the terrible state of things in the world. Okay, the plot is generic and not important but in arcade games about robot ninjas is anyone really playing for the story, especially back in 1994? An epic narrative with a three part start arc, surprising plot twists and climatic ending won’t be found here. What you will find is a lot of old school action and mayhem. 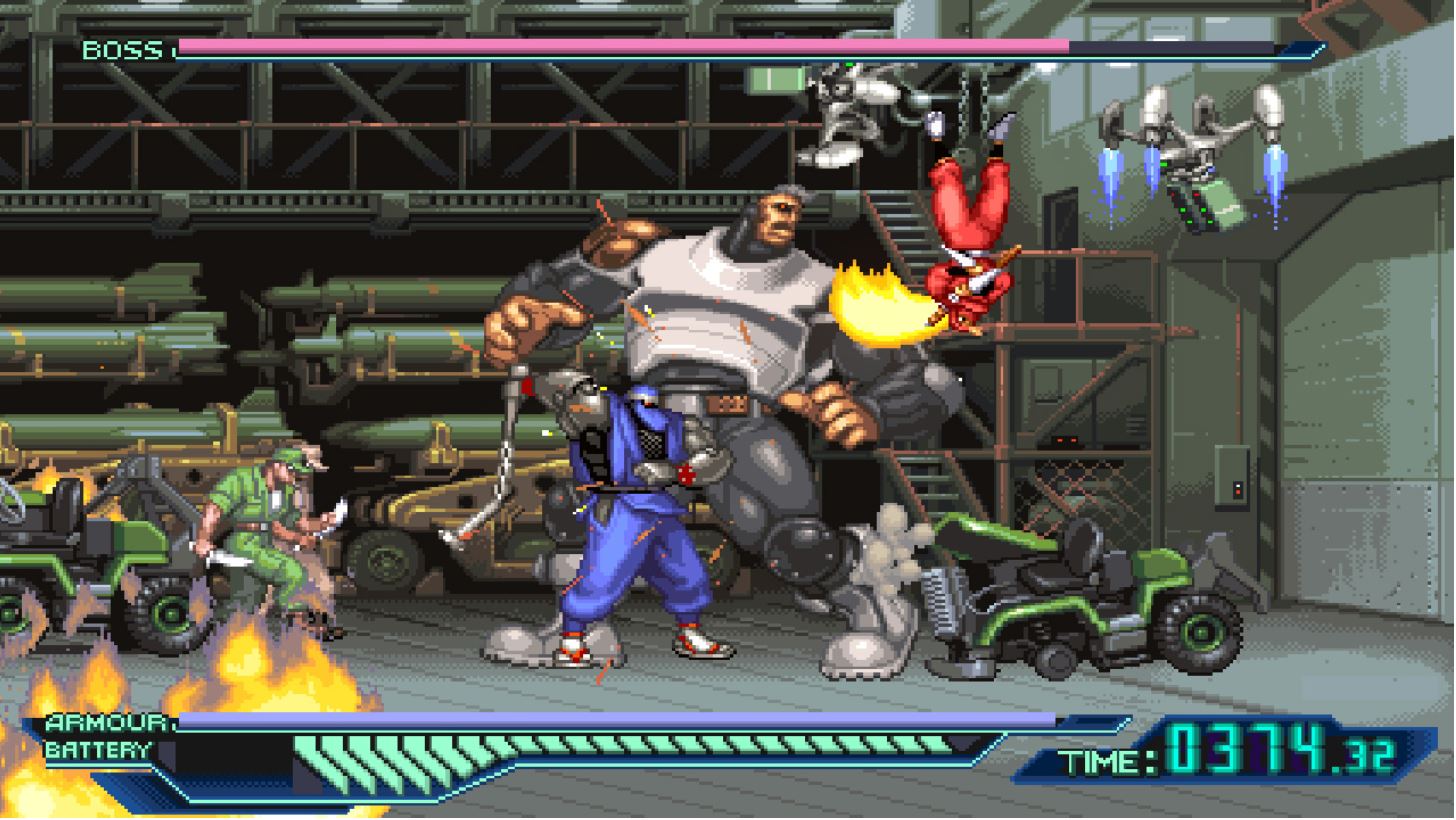 As a side-scrolling brawler the gameplay looks simple, but there’s a surprising amount of depth to it. Enemies come at the player from both sides of the screen, and while they start out essentially being moving practice dummies, they end up becoming more aggressive and challenging with some massive and challenging boss fights at the end of the eight stages. Each of the characters has a different move set, with an arsenal of special moves that control like a light version of Street Fighter special moves. Having only a 2D plane to work on, unlike other brawlers that included vertical movement on the field, allows the controls to work in these unique moves and puts a greater emphasis on jumping and dodging enemy attacks. The way the combos can be strung together and can lead into throwing enemies gives combat a flow that makes playing feel more natural. Plus it’s always nice when a game lets you pick up a car to use as a projectile.

A few modernization tweaks and improvements were added to The Ninja Saviors: The Return of the Warriors. A much-needed two player co-op mode was implented which is essential to maximize the enjoyment of this type of game. Some cosmetic changes include the option to use arcade and SNES music, redrawn visuals to help hide the age and a 16:9 widescreen ratio. To tack on some replay value, two additional playable ninjas have been added to the roster making the total number of playable character five, but the catch is they need to be unlocked before they player gets access to them. 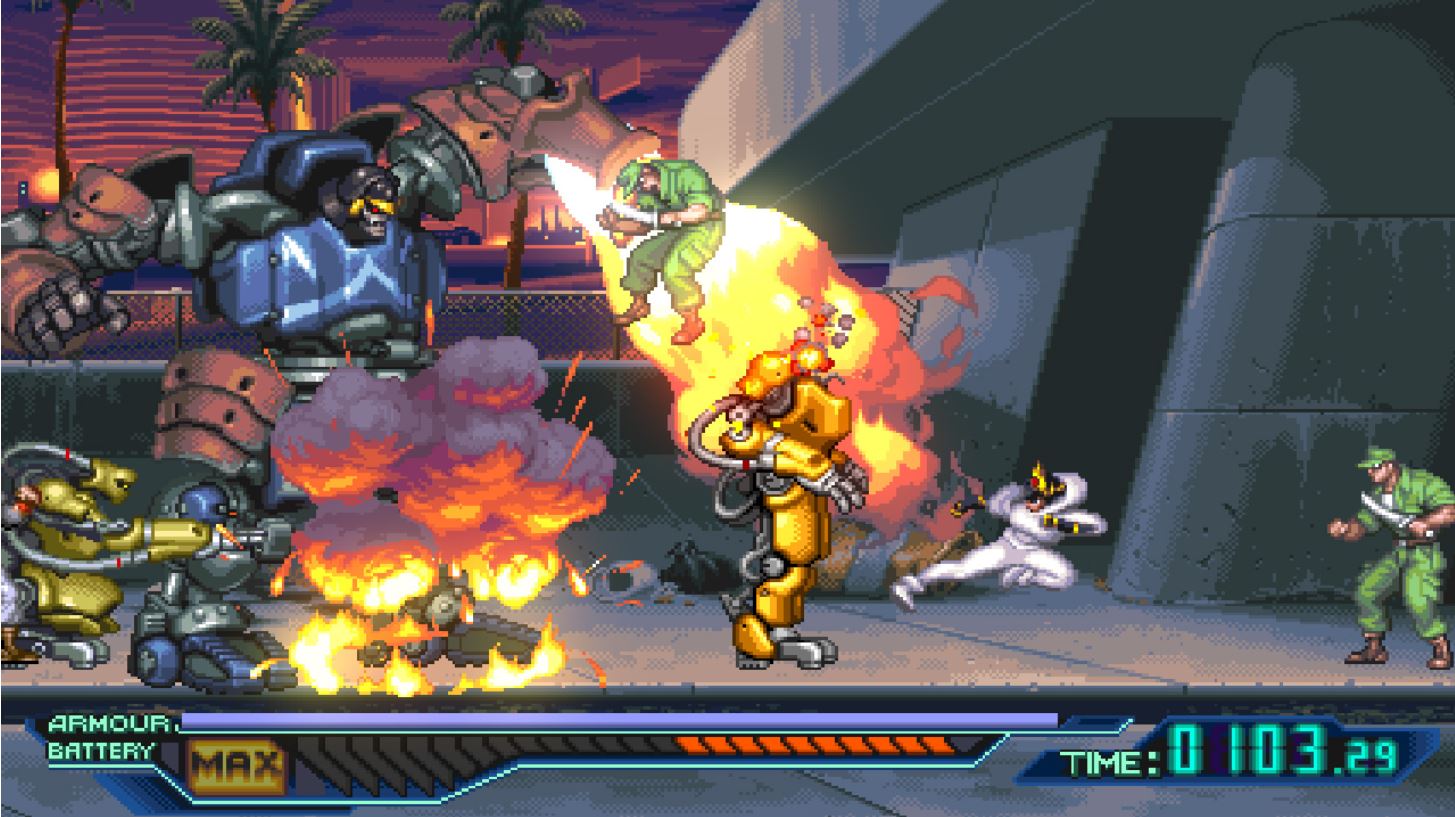 The Ninja Saviors: The Return of the Warriors is a revival of an old game in a style that is rarely seen these days. It’s a game that showcases how fun the style of game can be but also shows off all the limitations that were around in the ’90s. It’s a fun and challenging game that can be completed in an hour or two. The remake did a good job of making it look nice on modern consoles and the two player co-op mode was an essential addition. Like many retro titles, however, this is targeted to the nostalgia market and while playing it can remind people that good games existed in all decades, the limitations of its era are glaringly apparent.