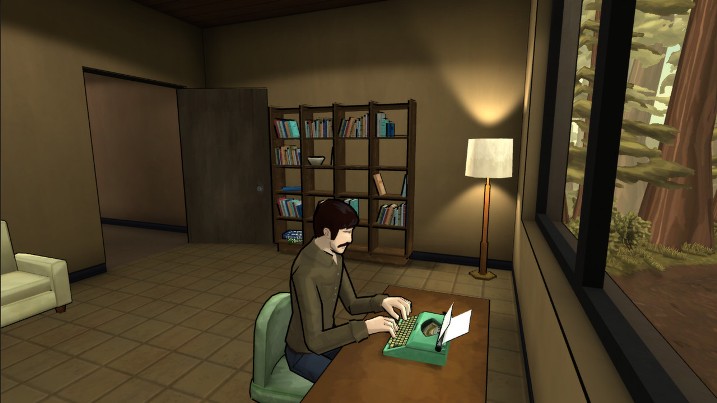 Over the past few years, a new discussion has begun brewing in the game community. For some, it seems that there are now games coming out that they are unwilling to even consider as “games.” It sounds odd but there are some who decry anything without an inherently fun play value. Titles that focus primarily on story, sad events, or politics have been using the video game medium in increasing amounts and some are not ready for this change. Thankfully, there is a large enough audience for more distinctive ideas to rise to popularity. It is on that note that a new game by the name of The Novelist arrived on Steam.

The Novelist is an expression of humanity and the choices we make in our lives. There are no guns, gratuitous cursing, puzzles, ridiculous breast physics, or whatever else we like to attribute to the modern gaming landscape. This is a good thing even though it will turn a few gamers away. Those who would rather experience something fresh shall find their curiosity rewarded.

In this title, the player is a ghost bound to a house which resides by itself between a fabulous beach and forested area. This vacation home is the scene for a family on the verge of collapse who has rented it out for the summer. A husband, wife, and child have taken this trip as a family unit but it is up to the player to manage their eventual fate. Will everyone live happily ever after? Is that even possible? With multiple outcomes and endings, you’ll have to play to find out. 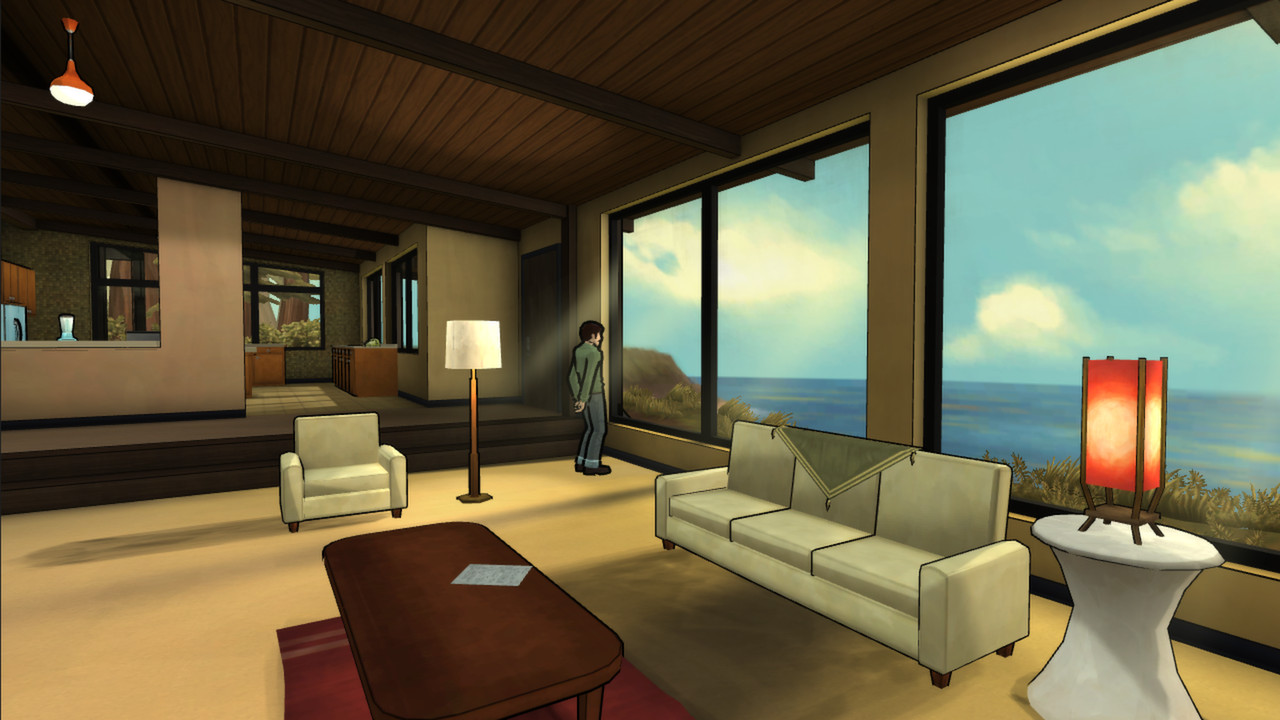 Each character has their own pivotal problems. Dan is a writer who has been riding off the acclaim of his last book for a while. However, he is now under the publisher’s watchful eye to put out something new. With such stress on his mind, he finds it increasingly difficult to write. The story begins with Dan suffering from his worst bout of writer’s block yet. Through play, we discover he has other problems to handle as well. Mainly, he must manage the relationships with his wife and child.

Unlike most games where these two characters would have as much depth as a cardboard cutout, Linda and Tommy are their own people with distinctly realistic hopes and fears. Linda feels her relationship with Dan is at a crossroads. If things don’t look up during their vacation, it might very well be the end for them. But her life isn’t solely focused around a husband. She is also an artist and wishes to pursue painting in a real, tangible way again.

Then there is Tommy, the young only child between them. The story sets up the concept that he is lagging behind in reading in writing, and as such, is not well-liked with other children. Still, he longs for friendship with them. He also hopes to have a loving bond with his father. Up until now it appears that Dan’s writing has kept him from showing affection or even spending time with his own son. 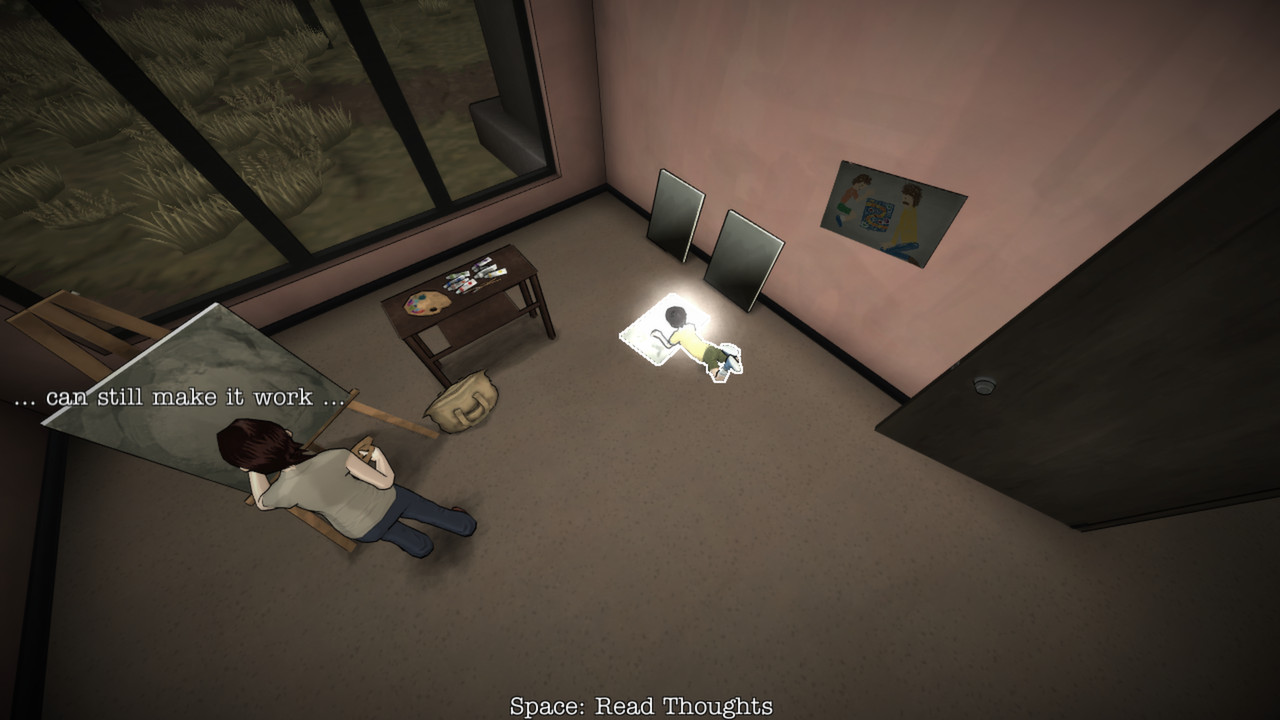 All of this is set up within the first few minutes of playing The Novelist and none of it feels forced. Perhaps that’s because all of us have experienced various family issues on some level. Either we have seen them through the eyes of a child, as a parent, or through issues our friends dealt with. There is nothing alien about the story being presented. Only the player-controlled ghost aspect stands out as odd. However, its implementation was necessary considering that is the vehicle through which gameplay takes place.

You see, the thing about the ghost is that it has the ability to influence Dan. Through whispering into his ear as he sleeps, you are pushing him in different directions. During each chapter you will explore the home and see what issues are most pressing on the three family member’s minds. Then it is entirely up to you to choose which should be resolved. Will you spend a romantic evening with your wife or will you take Tommy out to have a great father-son weekend? Or will you knuckle down, shut the door, and work continuously on your novel? That is the reason Dan has instigated this trip after all – he wants to be away from distractions and write. 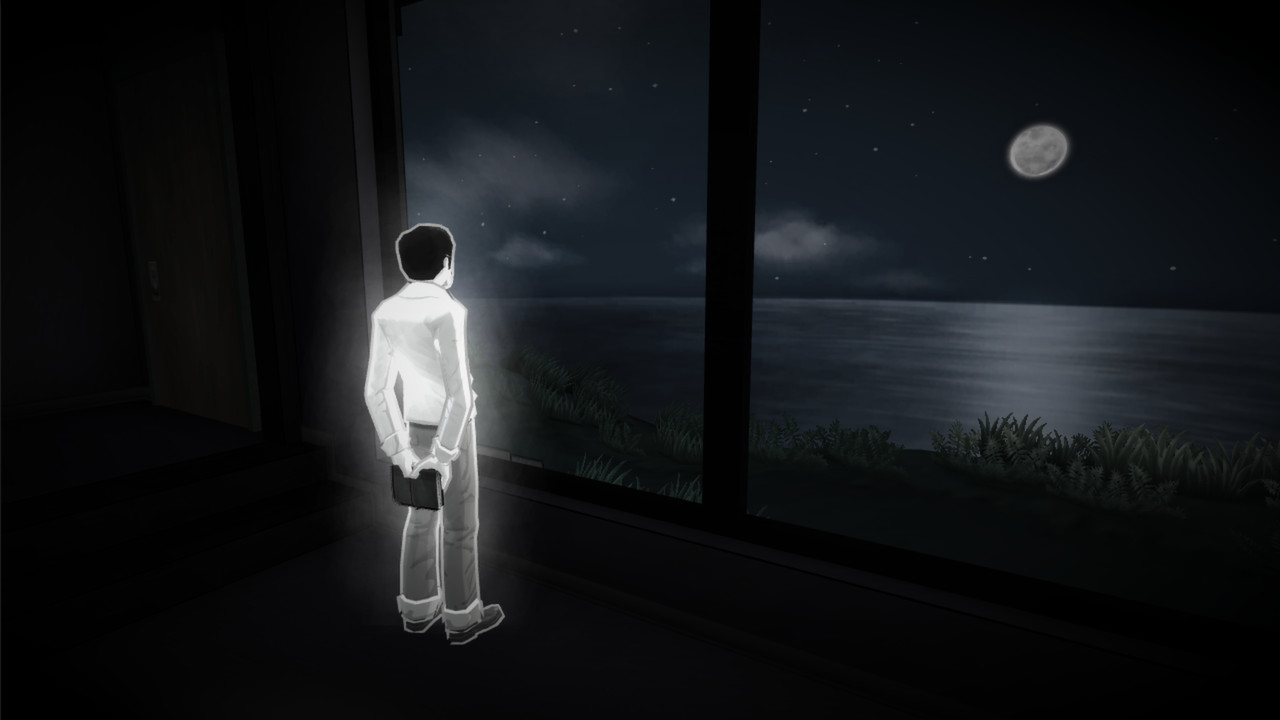 Unlike the average game, doggedly pursuing the specified objective is not something most players will want to do. To simply work on the new novel day in and day out will prove Dan as a successful novelist, but at tremendous cost. As with real life, disappointing loved ones over and over again eventually causes strain. With enough strain, hearts will break. The messages expressed within The Novelist can be hard to take at times, especially if you’ve ever felt yourself in similar situations. Empathizing with a game is odd, but it is where this one shines brightest.

Funnily enough, it is the most game-like aspects that detract from the overall experience. Everything seems real enough until you see that the family barely ever actually holds conversations with each other on their own. Instead, we peer into their memories and diaries. Things are only made weirder when the same few “hi, dad” and similar sound bytes crop up multiple times. Finally, Tommy’s drawings are far too obviously meant to show the player Dan’s standing with his son. These are not massive complaints but they did slightly undermine my experience. 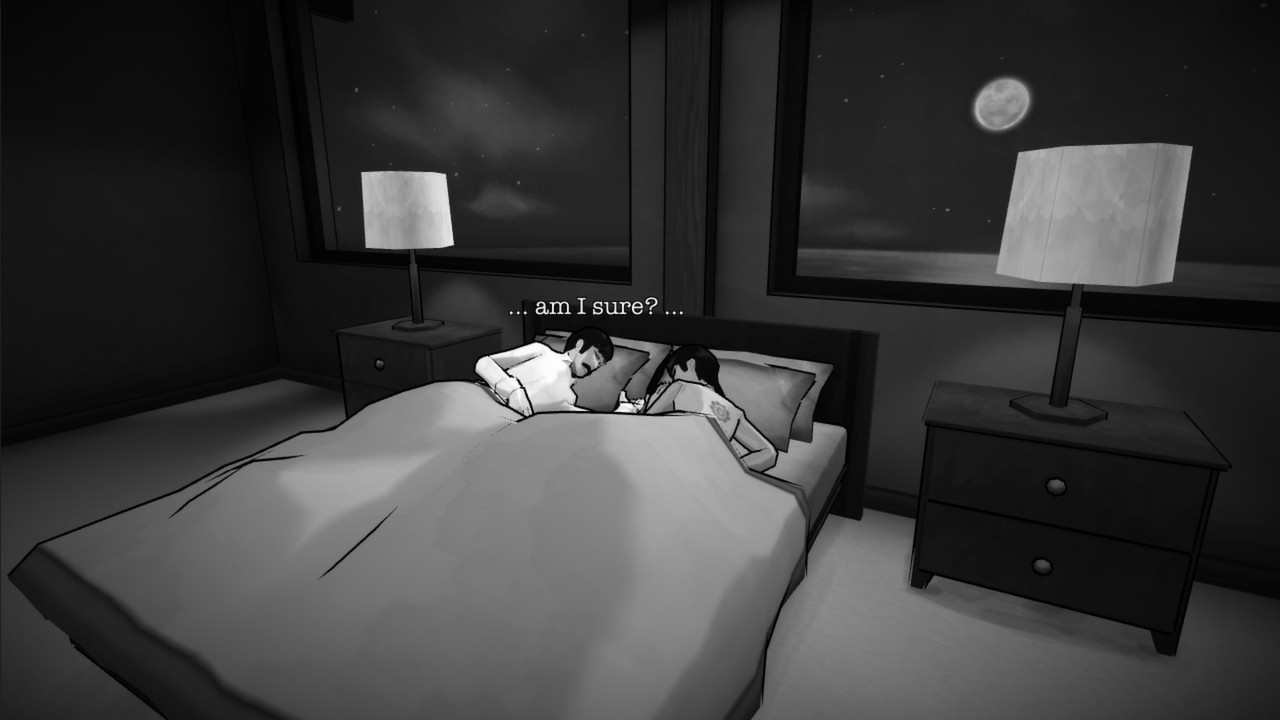 We’re simply not used to having real emotional reactions to video games. Sure, some titles are getting better at it, but for the most part that’s something truly lacking in the medium. There is tons of adrenaline but not much else. The Novelist stirs up feelings and makes you want to bend to Linda and Tommy’s needs. But then that brings us back to the whole overarching concept of the game: there may not be a possibility to manage everyone’s wants and needs. If you haven’t been scared off by the concept it presents, then The Novelist shall likely prove a worthwhile experience.