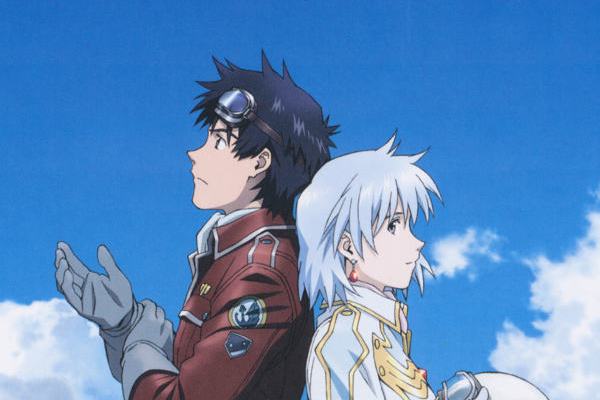 As in American media, Japanese novels and manga are routinely adapted into new, animated versions. Such is the case with The Princess and the Pilot, which began as a light novel written by Koroku Inumura in 2008. A few years later, animation studio Madhouse got a hold of the property and turned it into a feature film. Does director Jun Shishido manage to create an emotional and gorgeous film or does it simply fall by the wayside? 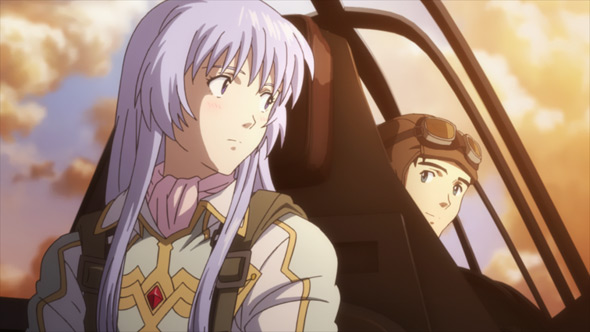 The Princess and the Pilot is the tale of two young people from different worlds. No, I don’t mean that one is from Mars and one is from Venus, but that they practically exist in different realms due to their social status. Juana del Moral hails from the Levamme Empire and has just been betrothed to the handsome prince of the Levamme Empire. This is the way of her people, of course, where royalty are destined to marry each other. Then there is Charles Karino, a pilot for Levamme – but a detested one. His crime? He is simply from the working class and is believed to have no right serving on their force to begin with.

As you might already be predicting, this means that Juana and Charles are the “Princess” and “Pilot” of the film’s title. But how is it that these two meet considering they have no social connection beyond serving the same nation? It all comes about when war between Levamme and Amatsukami Imperium erupts. The Amatsukami people do not wish to see the opposing nation gain new power thanks to a marriage. As such, they strike out and attempt to assassinate Princess Juana. 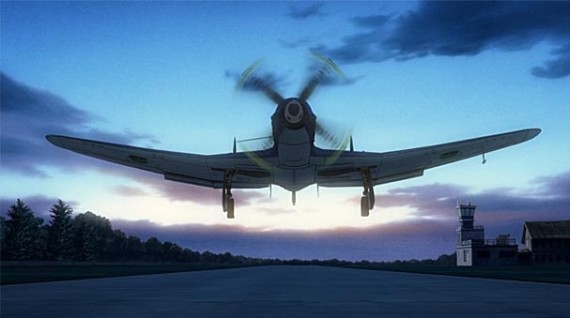 Levamme is shocked to discover the plot against their princess when the royal palace is assaulted one night. They quickly devise a plan to get her away from home as quickly as possible. They decide someone must deliver her to the prince, and since he is currently across the sea, they opt for a single pilot’s assistance. The man selected for the incredibly important position is none other than Charles.

These dangerous circumstances allow Juana and Charles to bond. Their days stuck in a cramped cockpit and brushes with death cause the two to become closer as time draws on. Although at the start Charles is incredibly careful with his words, the audience eventually witnesses his slow change from professional to something beyond that. The smiles between the two seem more loaded with meaning as they begin to drop the pretense and truly enjoy each other’s company. The kinship, of course, is more than frowned upon by the nobles.

Forbidden love is an immensely popular frame for stories because many feel they can relate to it on some level. Love between two consenting people deserves respect and viewers tend to be maddened when this love is squashed by outside forces. Because the storytelling technique is so familiar, we don’t really get to see much “new” in The Princess and the Pilot, at least in terms of narrative substance. The aerial angle may be original, but the rest of the tale ultimately feels very average. 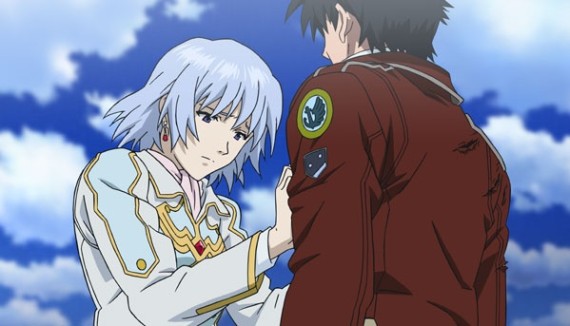 Despite Madhouse’s high pedigree, The Princess and the Pilot does not display particularly stunning visuals. What it does do is manage to portray the young pilot and princess as two people who do actually look their age, instead of as moe beings. This definitely aids the story as it would be harder to take seriously otherwise. With that said, the characters and backdrops are about the same quality as any other anime series. Considering this is a film you would really expect them to be a step above regularly-produced shows.

With that said, there is one place where the visuals really shine. It is during dogfights that things really get heated and look fantastic. Each plain and airship has a distinctive design, with the airships looking quite imposing against Charles’ miniscule machine. As they cut through the air, clouds and blue sky rush by to great effect. Each scene is tense and that’s definitely helped by impressive visuals. In any case, since the planes are all 3D models, they are able to be “animated” perfectly.

Audio is another mixed bag as there are some real high points alongside a middling  cast. No, none of them perform poorly, but there’s not a tremendous amount of emotion to their acts either. They know how to raise their voice, or quiet down when the scene calls for it, but that is certainly not all there is to acting. NIS America has also only provided a Japanese vocal track. Viewers can swap the audio between 5.0 surround sound and 2 speaker stereo, but not 7.1.

With voice acting not being particularly arresting, how does music fare? Again, it still seems rather expected. The tracks are simple and begin booming at just the points that viewers are meant to feel emotionally charged. Of course, if you’re aware of the music’s intent, it does not further the experience and instead just sounds fairly hokey.

What saves the film are fabulous sound effects. Again, the aircraft are the star of the show. We can clearly hear the engines roar when a plane is working at its maximum capacity seeking to dodge enemy bullets. As planes maneuver around the sky there are also the sounds of air whooshing past. Similarly, bullets whiz by and impact metal, sounding incredibly real all the while. Even if viewers don’t feel engaged by the two lead characters, they will likely still grip their seat during these combat scenes simply due to great audio and visual flair.

NIS America have released The Princess and the Pilot in a “Premium Edition” consisting of a Blu-Ray disc with the film, premium box and hardcover 32-page color art book. The art book contains various illustrations alongside character descriptions and interviews with the artists. However, beyond the art book it is hard to find anything else that really warrants the set being called premium. The only additional content on the disc are a handful of Japanese promotional videos and commercials for the film. 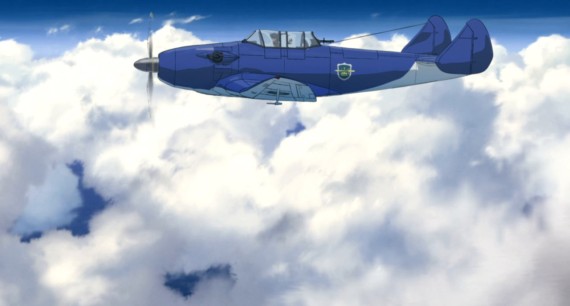 There is definitely an audience for The Princess and the Pilot, although it severely limits itself by what the production lacks. Fans of forbidden romance may enjoy the tale but that all depends on their interest in aircraft. Considering the majority of the film takes place within one, viewers must accept and appreciate the work put into those many sequences. Still, if you were to take out this interesting facet from it, then the movie would be cluttering up the genre. It’s a nice little story, but nothing that will stick with you long after finishing.