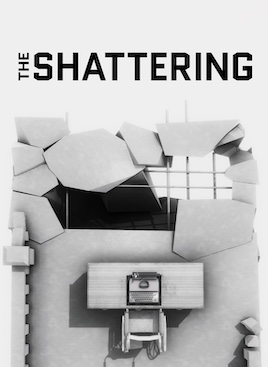 “This game contains sensitive topics…it is not intended to serve as professional advice or guidance.” It’s past time this introductory (and shortened) passage serve as a yellow — though not red — flag going into any kind of game. Particularly if it’s a message that greets you every time you boot up said game, rather than simply at the start of a new save file. It’s worthy of flagging up, because regardless of your personal experience with such “sensitive” subject matter, the idea that without a disclaimer, some would look to such a piece of creative entertainment — words used loosely here — as anything other than that. That this potentially reeks of the developers being so assured of their delivery and their effectiveness that consumers are so easily going to lose grip on the reality of the situation. You can absolutely deal with unpleasant, maybe even controversial, topics in video games. With or without an emphasis on said subject matter. But to tackle head-on such weighty, case-for-case situations, is to place an almighty uphill task — long before you even get into the nitty-gritty of a game’s performance or simply its overall enjoyment.

Like all games of its ilk, you can at least commend a developer like Super Sexy Software for having a go. A broad term that may sound. For taking an interest in the niche and slightly more complex of themes, even if that department is steadily becoming less niche overtime. But ultimately, the intention to try (more broad, sweeping brushstrokes applied to that word) is the only real positive you can afford a game like The Shattering. A game that is over and done with in a matter of a few hours — even if you decide to pick up and rotate every interactive object on display — to be quickly forgotten, dismissed, in even shorter a spell. Minimalism, space, the possibly-derogatory referring to this as a walking simulator; it’s not that you can’t do so much with any of these elements, just how it’s foolish to proclaim you can’t find success with a story about mental health. But Hellblade this is not; What Remains of Edith Finch this is not. Heck, The Suicide of Rachel Foster this is not and that right there should give you as clear an indication of not only how far The Shattering is from being even fleetingly curious a game.

How, in the end, Super Sexy try and ride the curtails of minimalism with a game that looks and feels more like a rushed-together student project, than a fleshed-out [digital] release with some hook to its brief run-time. There are glimmers of potential avenues to go down: the way certain objects are the only ones given color in the environment. The internal monologue displayed to the player, the subverting of stand-alone spaces. The eventual climax and [not]-big reveal of what’s really happening whose only success is a whimpered “…ok…and?” response. But whether it’s relying on tired cliche story beats prior or events that offer little explanation outside of sudden, dramatic turns, The Shattering sluggishly (even with the sprint button pressed) moseys its way from scene to scene. Gameplay involvement usually restricted to finding all the necessary, blue-lit objects before a nearby doorway unlocks or an audio cue indicates there’s nothing else to see in said room. Well, until there is wherein you come back, repeat the same tired, disconnected charade and the story keeps going. Teleporting you from one “dreamscape” to the next. Surroundings sometimes doing away with the corridors and allusions to exploration entirely, requiring you to simply sprint across an infinite, white void. Again and again…and again. 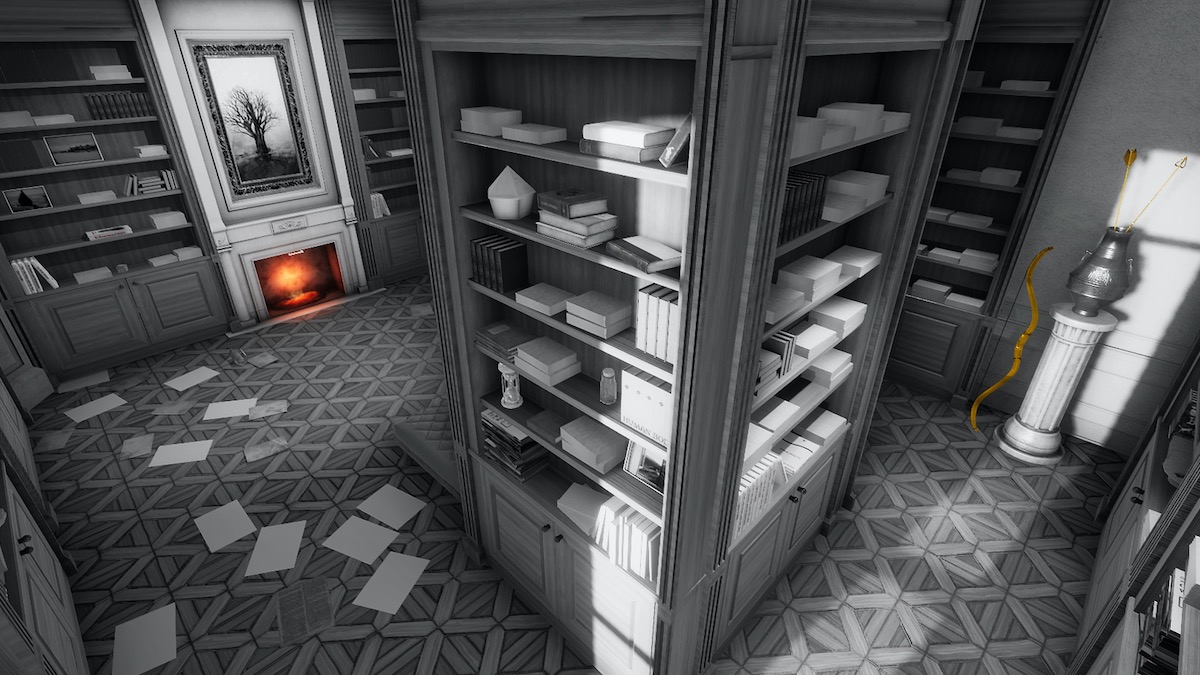 It says something that for even a three-hour game, this progression quickly becomes stale, dull and more importantly, goes against the tone its narrative is trying to pose. One of internal, mental anxiety put down to the main character’s past and this predominantly vague memory that, according to the narrator, is hard to let go of. The problem is none of this is interesting to dissect or get involved with. What the game attempts to offer so far as shock factor or “distressing” visuals, like so many poor efforts over the years, comes off more as a box checked off, rather than a meaningful inclusion. There are of course the obligatory references to suicide, but again the game only skirts around the most superficial aspects, only to drop them entirely once the visuals have done their job. Or not done their job. Even then, even when the game is at its patient, when it’s trying to stir unease and build towards some shocking revelation, the set-pieces are as eventful and as surprising as a carnival haunted house.

The point is we’ve seen all these tricks and artistic liberties many a time before. Masquerading low-poly assets and aforementioned empty space as something other than a half-baked environment to trek through. Interactive objects whose only purpose is to stall the player — to offer a check-list of things players are forced to look out for, before they’re even allowed to move on. Sit down, read a bit of text, stand back up to go and interact with an object, sit back down, rinse-and-repeat. And for what: some dramatic “shift” that, in actuality, makes no sense nor is properly explained even amidst the scampering progression? It’s only when you move onto the woeful technical aspect — so too the more evident lack of effort in other parts — where The Shattering‘s figurative shrugging of its shoulders truly comes into play. 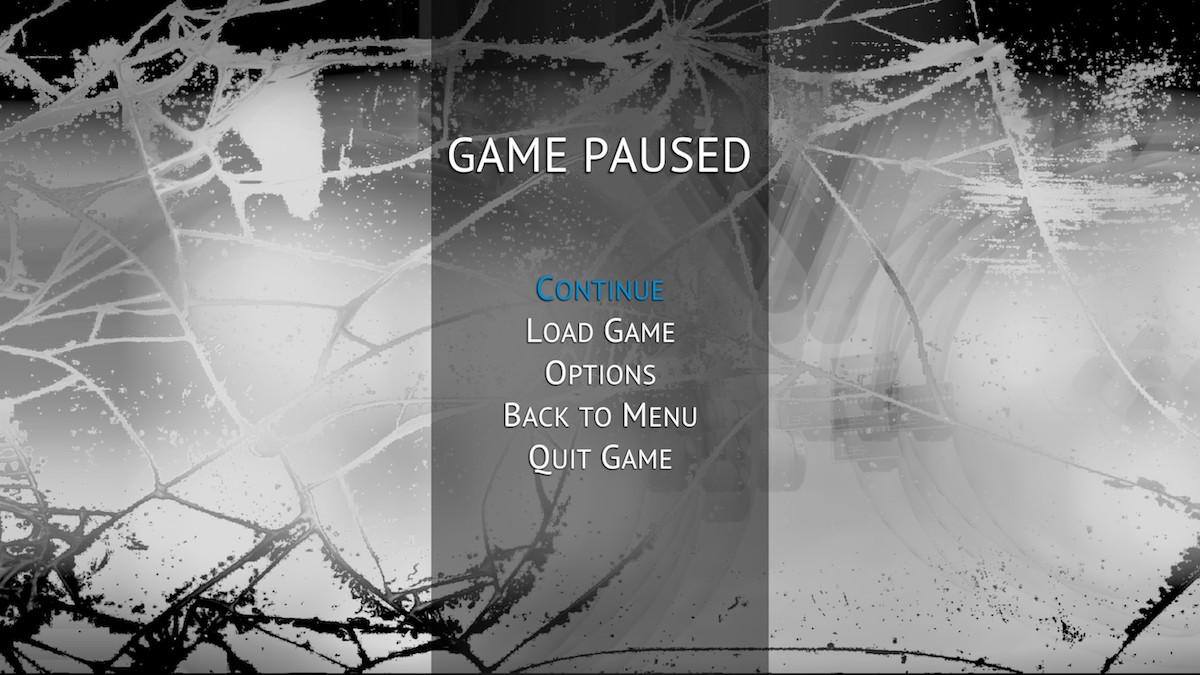 A pause screen with what can only be described as a horrendous attempt at applying some broken glass effect? Font work so basic and hurriedly stitched on — not quite Comic Sans, but close to that level of amateurish design. Then there’s the frame-rate which darts anywhere between 20FPS and 60FPS on PC. Even during the most unlikely, visually-lax points where not much is happening and yet the game still shows issues with running smoothly. In their attempt to focus only on the story, Super Sexy completely let their eye slip from everything going on around the game. Even just altering in-game settings in an attempt to rectify its performance becomes an issue — the game seemingly incapable of handling alterations anywhere mid-game, whereupon the entire thing freezes up.

And yet, ignore the technical issues (if you can), and you’re still left with an experience that on aesthetic alone doesn’t even properly put in the effort to stand out or appeal. The way multiple choice scenarios are represented by mere text floating in front of the player — again, in that same basic font — that offer no dramatic turn or presence of replayability. How there’s no real significance too for why certain objects aren’t adorned in the uniform, greyscale color palette. Other than as an obvious pointer to players that these objects will progress the story. Even with its strict, time-based limitation, there’s plenty here to experiment with, but the game rejects it all in favor of a progression whose linearity is far from subtle. And whose tale, even in a vacuum, wanders between too sparse and disconnected a series of scenarios, for even the structure to come across as coherent. 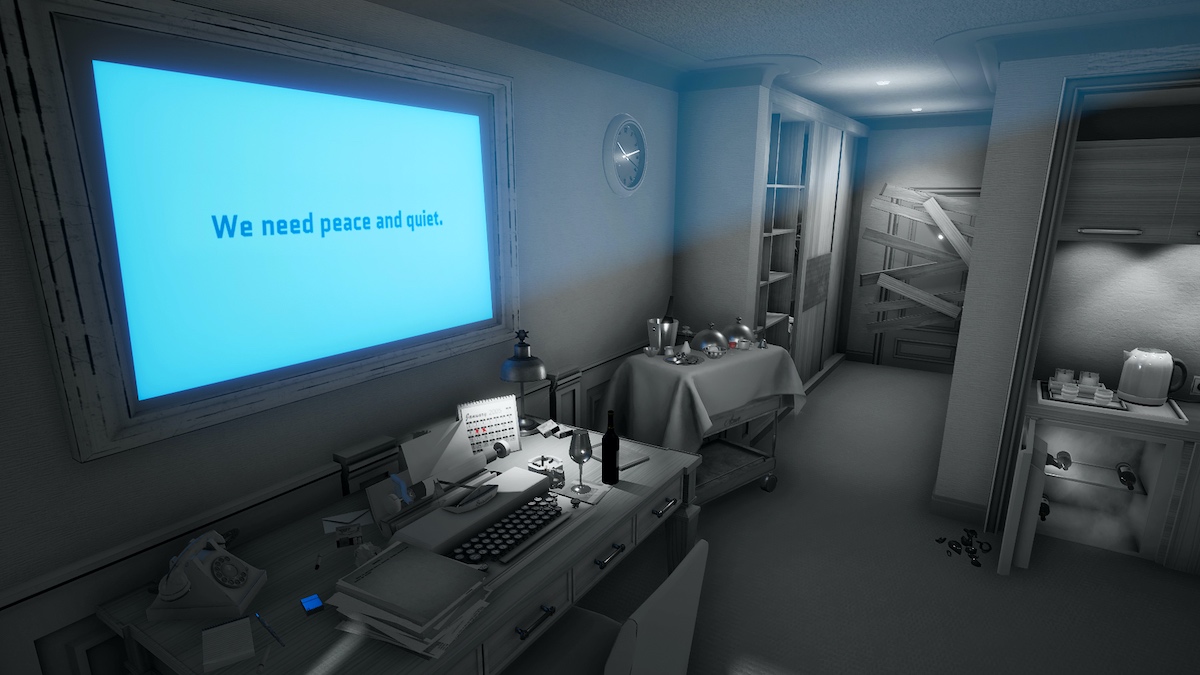 That a game of such brief investment can’t muster the strength or effort to get even the basics right is perhaps the most damaging thing you can say for a game like this. Not entirely offensive a delivery with its story, nor so disjointed it’s literally unplayable, lamenting on the fact The Shattering isn’t terrible should by no means be read as a positive. Nor, for obvious reason, is this a sign that this game is in anyway interesting or curious even in the most fleeting or passing of glimpses. Outside of its horrendous pause screen, maybe. But even the lack of substantial negativity here should shine a light on how dull and identity-devoid this game is. Masquerading its half-baked, “seen it all before” premise of an unsettling trip through distressing memories as something even remotely serviceable. It’s not the most pretentious, broken or tonally-deaf release out there, but The Shattering is no doubt a contender for most forgettable game put out this year.