The Way We ALL GO

Over the years a handful of visual novels have found success in the West, although most stray from the basic concepts with gameplay features such as those found in Phoenix Wright: Ace Attorney or Nine Hours, Nine Persons, Nine Doors. The Way We ALL GO feels much more like a “traditional” sort of visual novel, with tons of storytelling but no puzzles to solve. Instead, it offers up a tremendous amount of replayability via a handful of choices that crop up during play. Depending on what you select you’ll be on the path toward one of 21 different endings. Each possibility is uniquely worth experiencing — especially when some are outrageously different from each other.

The Way We ALL GO focuses on the life of a 16-year-old guy named Atcchan. He grew up in a tiny Japanese village only to be forced to leave by his parents a few years ago. After two years of city living he’s decided to visit the countryside for a few days. Not only are his grandparents still living in the peaceful setting but so are his two best friends, Amu and Noelle. Unfortunately, our protagonist left things a little unfinished upon leaving. Despite saying goodbye to Amu and writing to her regularly since, he never actually told Noelle he was leaving the town. Will she have forgiven him or remained angry? Will Atcchan finally be able to apologize for his cowardice? All of this depends on the player’s choices. There are tons of points at which you must decide what he does next, who he hangs out with, and what he even says to others. At times even the “right” decisions will end up sounding wrong. That’s just the way this game works.

Choices are rarely simple, either. Sure, this isn’t Telltale’s The Walking Dead or anything but this slice of life storyline puts you in some tough circumstances regardless. Amu is a boisterous girl who is tons of fun to hang out with despite her penchant to tease Atcchan continuously. As for Noelle, her incredible shyness previously caused her to only speak with the protagonist. Choosing between the bubbly excitement of Amu or repairing an old relationship with Noelle provides a variety of tough decisions throughout this three day visit. Try your best, but it’s rarely possible to please everyone. 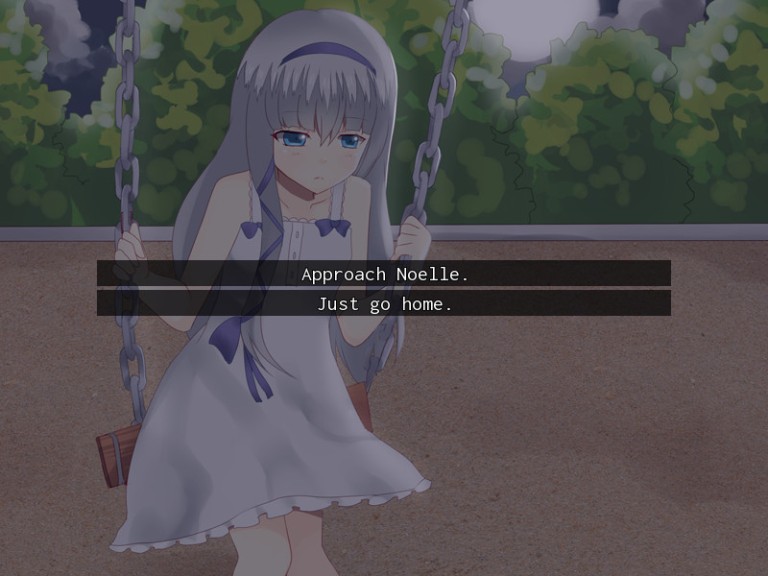 Over the course of the storyline and its myriad endings things sometimes begin to feel sinister. On one hand, this may be because The Way We ALL GO is incredibly reminiscent of Higurashi: When They Cry. That was most certainly a mystery/horror story and, at times, this game definitely falls into the horror category. But it doesn’t have to. Sometimes these creepy premonitions are red herrings, seeking to confuse players along the way.

It’s an interesting way of handling story progression, although the logo (with a bloodstain on it) promises more than it ultimately delivers. Certain endings definitely deliver in full, though you’ll have to see them for yourself. As with many visual novels, completing every single ending requires playing through others first to satisfy an unlock condition. 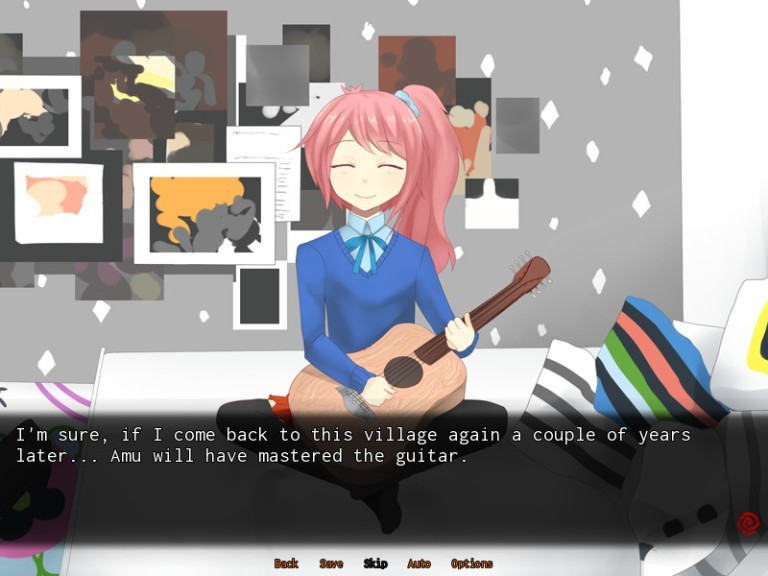 Another way in which this game feels similar to Higurashi: When They Cry is due to the similar artwork. All told, it’s not nearly as egregious as that example, but things still feel pretty amateurish. Backdrops, too, are primarily just tweaked real life photographs. CG scenes are where the visuals falter most, as characters tend to have large anime heads and surprisingly awkward bodies. Visuals aren’t everything, but it would have been a more impressive experience with some higher quality drawings. With that said, the writing holds up its end of the bargain. Unlike most visual novels on Steam it features surprisingly few typos at all. The writing flows well – even though protagonist Atcchan is keen on worrying and whining to an obsessive degree.

Some players are likely to dislike Atcchan for exactly that reason. He doesn’t feel like your typical self-insert character who is brave and idiotic. Instead, it seems that he suffers from social anxiety and can never quiet his thoughts. Since we see the world primarily through his eyes, we’re a captive audience to these continuous mental ramblings. Personally, I found this an interesting narrative choice, though others may get annoyed. Luckily, most playthroughs feature many of the same story sequences which are easy to fast forward through after you’ve seen them once. In all, one playthrough should take most players an hour or two depending on their reading speed. To complete every single ending might take 8+. 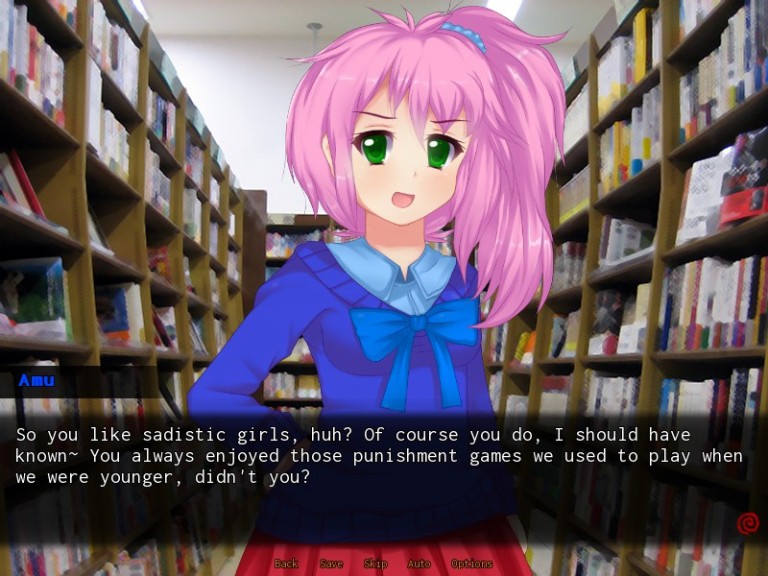 The Way We ALL GO is quite the surprise. Despite its obvious similarities to Higurashi: When They Cry, it takes a very different path. Atcchan provides unique narration and both Amu and Noelle go beyond their stereotypical boundaries. While exploring multiple endings, players’ emotions can routinely range from happy to disturbed or from depressed to uplifted. Such tonal shifts are unexpected as they are enjoyable – even (or especially?) when you receive one of multiple bad endings. Although graphically unimpressive, and at times fairly slow, visual novel fans would be remiss to ignore The Way We ALL GO.