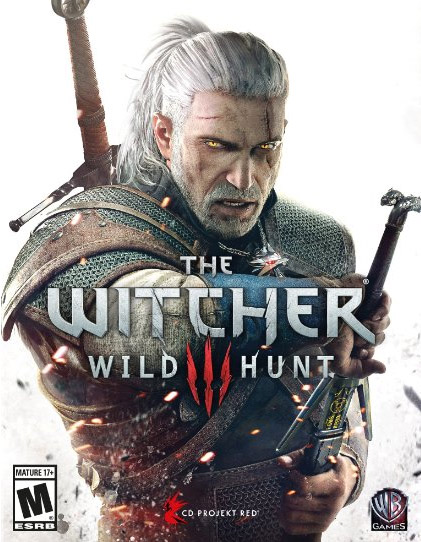 The Witcher 3: Wild Hunt presents a conundrum: how can you speak about that which leaves you speechless?

CD Projekt RED has not only created what is likely the most expansive western RPG of all time, but quite possibly the best game since Grand Theft Auto V. Through an incredible combination of narrative excellence, stunning immersion and largely unparalleled depth, The Witcher 3: Wild Hunt is an exercise in success. Geralt of Rivia’s climactic quest to track down Yennifer and Ciri is always entertaining and often emotional, and it’s staggering to think that this marvelous story exists within a title with a genre-defining wealth of things to do. A desolate, realistic world filled with complex, mature story lines and themes awaits players who decide to forfeit their real lives in order to live through Geralt. This is a realm that players will lose themselves in for weeks and months, as the claim that this is a 200-hour title is no joke.

What separates The Witcher 3 from every other open-world title is that each and every distraction feels meaningful and consequential rather than some sort of map-populating event. In an industry where countless titles seem loaded with weak excuses for players not to trade in their copies, it’s undoubtedly refreshing to see worthwhile content brimming from potentially the biggest open-world game ever.

Players take the role of the aforementioned Geralt of Rivia, a monster-hunting witcher and the star of the two previous entries in this outstanding series. Calling Geralt a hero, or even an anti-hero, seems inauthentic, as witchers remain neutral towards all situations that don’t involve personal gain or payment. While he might seem like the typical testosterone-laden, stern, musclebound protagonist that all too many games seem to feature, Geralt is surprisingly complex. Not only does the main storyline focus on his emotional quest to find his lost love Yennifer and later to save his adopted daughter Ciri from the ominous Wild Hunt, but every conversation allows players to fully embrace this flawed individual’s inner workings. As strange as the statement might seem, The Witcher 3: Wild Hunt is a game that fully treats players like adults, so having a flawed, deep character at the center of everything is imperative. Whether you’re new to the series or a grizzled Witcher veteran, you’ll continue to learn new things about Geralt, his tendencies, his cohorts and his world as time goes on, allowing Wild Hunt to feel fresh every step of the way. 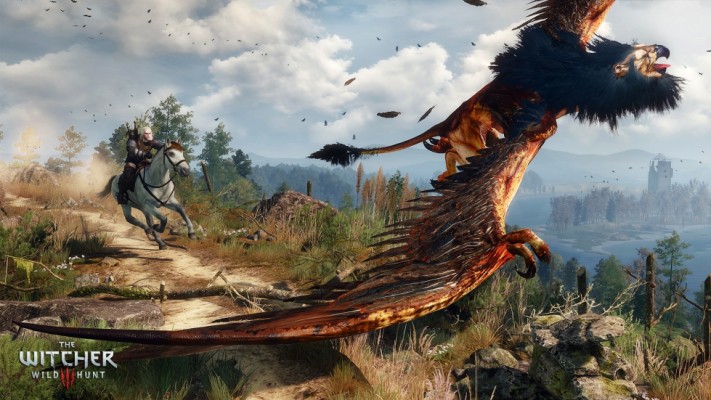 At the center of CD Projekt RED’s masterpiece is a gripping story of love, rage and pragmatism. Geralt seems to always finds himself one step away from Ciri, whose combination of rashness and lightheartedness makes her one of the strongest characters in recent memory. Along the way, you’ll meet a number of solemn, humorous and/or flawed characters that keep cinematics and gameplay feeling novel even as you hit your thirtieth hour of the main quest line. Over the course of the main campaign, humor and wit are combined with jaw-dropping emotional moments, fulling immersing players in this modern day epic. Whichever one of the multiple endings you receive will likely leave you breathless (my ending was about as solemn as it gets) and the dichotomy between the more serious characters and the more comical ones should immerse players to the point of extreme investment.

Every moment feels consequential and pacing highs and lows combine to form a beautiful orchestra of storytelling prowess; if you’re the type of person that tends to think that good stories can’t be told in open world games, think again. Sure, high fantasy is not for everyone, but The Witcher series, much like Game of Thrones, allows people to access this often impenetrable genre with ease through its real world thematic links. CD Projekt Red has continuously shown that its able to craft wonderful stories using The Witcher novels as inspiration, and The Witcher 3: Wild Hunt might be its best narrative work to date. 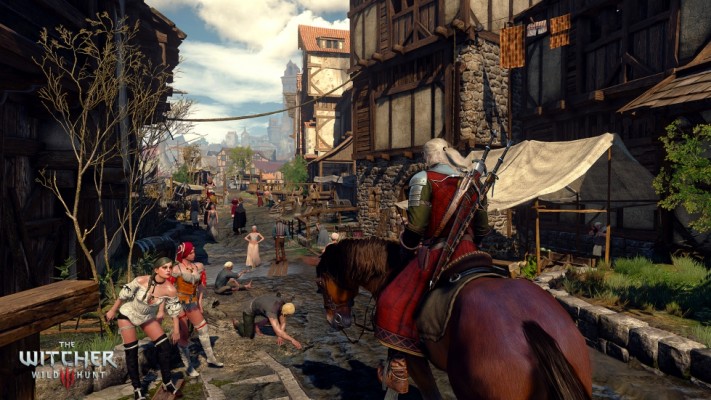 As much as players will love every moment they spend with Geralt, the true star of The Witcher 3: Wild Hunt is its world. The Witcher and The Witcher 2: Assassins of Kings both did a phenomenal job of combining a high fantasy setting with grounded, real world themes, and this marriage only grows in the third installment. While there is a fair amount of lore for newcomers to learn, there’s something about the world of The Witcher that feels accessible. Sure, when characters from past games appear, new players won’t have the incredible moments of nostalgia and continuation that highlight The Witcher 3‘s proceedings, but every quest feels like a new adventure. Behind every joyful interaction is a level of melancholy and every individual narrative paints the world in a different shade of grey.

Video games rarely, if ever, feel like they’re simulating true world society, but The Witcher 3 does that in droves. Whether you’re debating between lying to a villager for a higher reward, wondering whether or not you should assassinate a king, or simply wondering whether it’s worth it to hunt down rare Gwent cards for your buddy, there seems to be an existential crisis at every turn. There’s no true good or evil in The Witcher 3, no Infamous-esque morality level, and you may never know if the decision you made will work out in your favor. As dark and grim as a world loaded with endless shades of grey is, there’s something oddly beautiful about the escapism real world choices in an alternate reality provide you. Because of this, The Witcher 3: Wild Hunt is one of the easiest games to lose yourself in in quite some time.

The Witcher series has always been known for its ambiguous choice system, and in this regard The Witcher 3: Wild Hunt doesn’t disappoint. Rather than choosing between good and bad alternatives, players are often forced to pick between rocks and hard places. It’s not always apparent whether or not you’re doing the right thing and it’s largely impossible to determine what kind of Geralt you’re going to play due to the complex decisions that litter your path. There’s no Renegade of Paragon path to follow and no indication as to whether or not you’re a good or bad person. At the end of the day, players will constantly channel their own morality into the world of The Witcher 3, making for a story that always feels uniquely personal and decisions that always feel justified. So often in video games, we’re forced to play the hero, riding along a path of unbreakable goodness that the thought of doing something morally wrong is taboo. Being able to journey through a world where right and wrong don’t necessarily exist, much like in our own society, makes for a downright unforgettable experience. 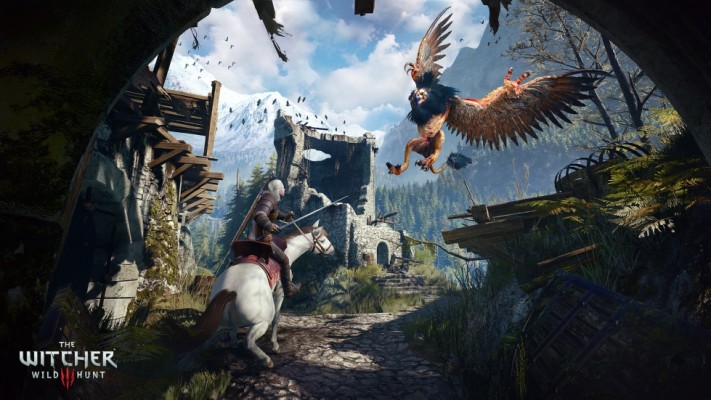 From a gameplay perspective, what makes The Witcher 3: Wild Hunt, and the series as a whole for that matter, special is its emphasis on narrative-focused quests as opposed to standard level grinding. Players gain little to no experience from actual combat, which makes embarking on quests and witcher contracts imperative. Because each mission has its own story, back story, implications, themes and potential main quest tie-ins, there’s a high level of gravity to every action. You’re not going to be able to level up without going on quests, which, in turn, exposes you to a great deal of exciting narrative experiences. You might learn about the issues within a small, inconsequential village, or rid a group of civilians of the biggest issue in their lives. There’s a chance that the main story could be changed permanently as a result of your actions on the side. The Witcher 3: Wild Hunt takes the smallest issues and makes them feel like they’re the center of the world for a given moment in time, which makes completionism more of a joy than a chore. The obnoxious collectathons and grinding that riddle modern AAA games are instead replaced with consequential moments of emotional resonance, which elevates The Witcher 3 into elite territory.

The Witcher 3: Wild Hunt‘s combat system is not unlike that of The Witcher 2‘s, as players will combine a radial spell menu, featuring five magical abilities, with fast and quick sword attacks. There’s a real tactical nature to The Witcher 3‘s combat, as players will have to learn what monsters have weaknesses to each spell, potion and oil available (this information can be found in the Bestiary, a handy monster glossary that updates as you kill new beasts). Combine this preliminary strategy with attack pattern memorization and well-timed dodges, rolls and parries, and it’s easy to see that The Witcher 3: Wild Hunt is no ordinary action role-playing game. While combat interactions don’t have the challenge and depth as, say, that of the Souls series, there’s still an inherent difficulty present that prevents battles from becoming mere routines. The combination of outstanding world-building, narrative craftsmanship and a deep combat system make The Witcher 3 feel just as fun in hour 70 as it does in hour 5 (something that can’t necessarily be said of most lengthy AAA titles). 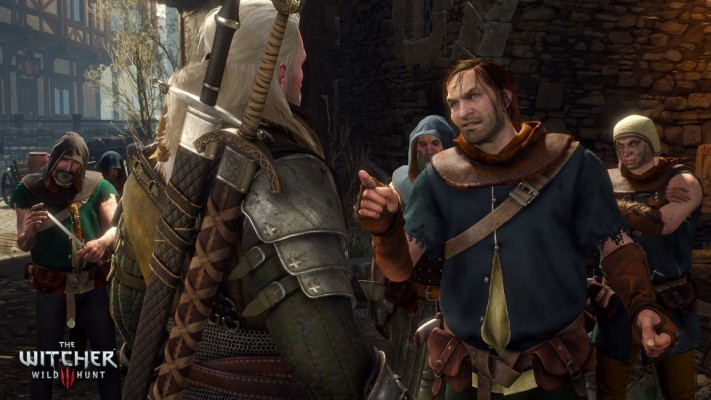 One of the most impressive aspects of good AAA titles is their ability to paint a picture and tell a story through their environments themselves. Titles like The Last of Us and Grand Theft Auto V find a way to convey messages without having to spell them out explicitly, further increasing immersion (can you tell this a theme here?) and making players forget their own world exists. In this regard, The Witcher 3 is an overwhelming success, as its gorgeous vistas, endless color and stunning lighting create a world that feels incredibly realistic. While the occasional muddied texture will pop up, taken as a whole Wild Hunt is arguably the best looking open world game ever.

From Velen’s desolate swamps, to Novigrad’s colorful exteriors, to the icy islands of Skellige, every area looks beautiful when taken as a whole. When you take a step back and admire The Witcher 3‘s world from a distance, it’s hard to argue that this isn’t one of the best looking console games to come out in quite some time. On the PlayStation 4, The Witcher 3 runs at 30 frames-per-second, and while the framerate does drop from time to time when there’s a lot going on, this becomes less and less noticeable as time goes on, and this is a statement is coming from a bona fide framerate elitist. The Witcher 3 is such an incredibly immersive experience that its technical issues and open-world jank feel less important than they would in a game of lesser quality. 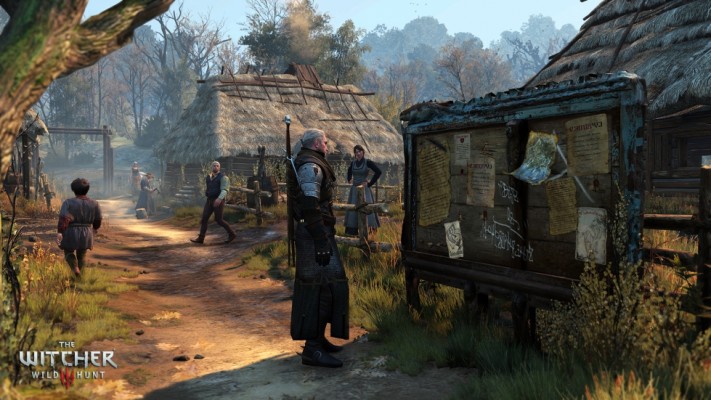 The Witcher 3: Wild Hunt is equal parts daunting, accessible, beautiful and hideous, but every aspect combines in such a remarkable way that it’s nearly impossible to not give it a sweeping recommendation. Geralt’s story and his interactions with the world provide both an immediately gripping experience for newcomes and enjoyable fanservice to those who have stuck around since the beginning. 2015’s largest game to date is its best so far, as the marriage of seemingly endless open-world content and engaging storytelling make The Witcher 3: Wild Hunt a superlative experience. From rounds of the in-game card game Gwent to its robust crafting and alchemy systems, those who are looking for the all of the minutia that comes from a deep western role-playing experience will find it here in droves.