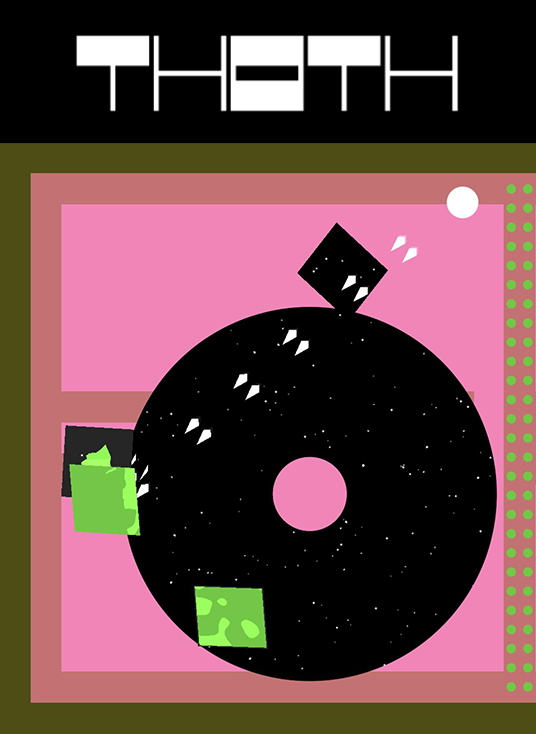 The normal result of shooting anything in an arcade game is that the dead thing is removed from the screen.  It doesn’t matter if it’s a enemy soldier, random geometric shape, weird alien, or shambling tentacle beast.  Once something is shot, it’s gone, and that’s all there is to it.  Except in Thoth, where the starry ghosts of dispatched shapes chase you down even faster than before.  More than a regular twin-stick arcade shooter, Thoth is a puzzle game that requires careful thought and consideration of your target to go along with the geometry-blasting action.  Even in the easiest of the game’s 64 levels, shooting everything in an adrenaline-fueled blaze of glory is going to go quickly and decisively bad.

There’s no explanation behind Thoth, but rather a learning curve.  You start off as a little circle in a room with a few flat-shaded cubes bearing down on you and, seeing as it’s a twin-stick shooter, the instinct is to kill them all.  The circle shoots two parallel streams of rapid fire in a straight line, no power-ups or spread shot to be found, and after killing an enemy or two you’ll discover two things.  First is that shooting a cube causes its color to contract to its center before winking out, leaving a starry square-shaped hole that not only still chases you around the arena, but actually moves faster than before.  Your firepower passes through the enemy’s ghost, so it doesn’t act as a barrier to clearing out the rest of the level, but the dead can still kill you just as thoroughly as the “living” colored cubes.  The second thing you’ll discover is that you’re dying a lot, and as it turns out it’s because the circle moves slower while shooting.  Let up on the firepower to concentrate on movement and you can dodge anything the game throws at you, although the habit of constant fire is a hard one to overcome for anyone who’s played more than a few twin-stick shooters.  Thoth is as much puzzle game as arcade shooter, though, and progress is only possible by figuring out the new hazard each four-level set brings with it.

The first few sets of levels are for figuring out the enemies and some basic mechanics, but things slowly get complicated as one new threat starts combining with another.  Cubes with a square inside not only leave their ghost hunting you down but shoot out a smaller square as well, like a suicide bullet that won’t go away.  Lines of deadly colored dots segment the screen and then start cycling on and off as you shoot enemies, causing you to need to plan your positioning before taking out the next cube.  Stationary circles grow constantly until a few shots trim them to size, and on death they start destroying the arena as their ghost slowly expands and eradicates any maneuvering room you might have been using.  A little strategy and an eye for cause and effect are vital, as is persistence and endurance. 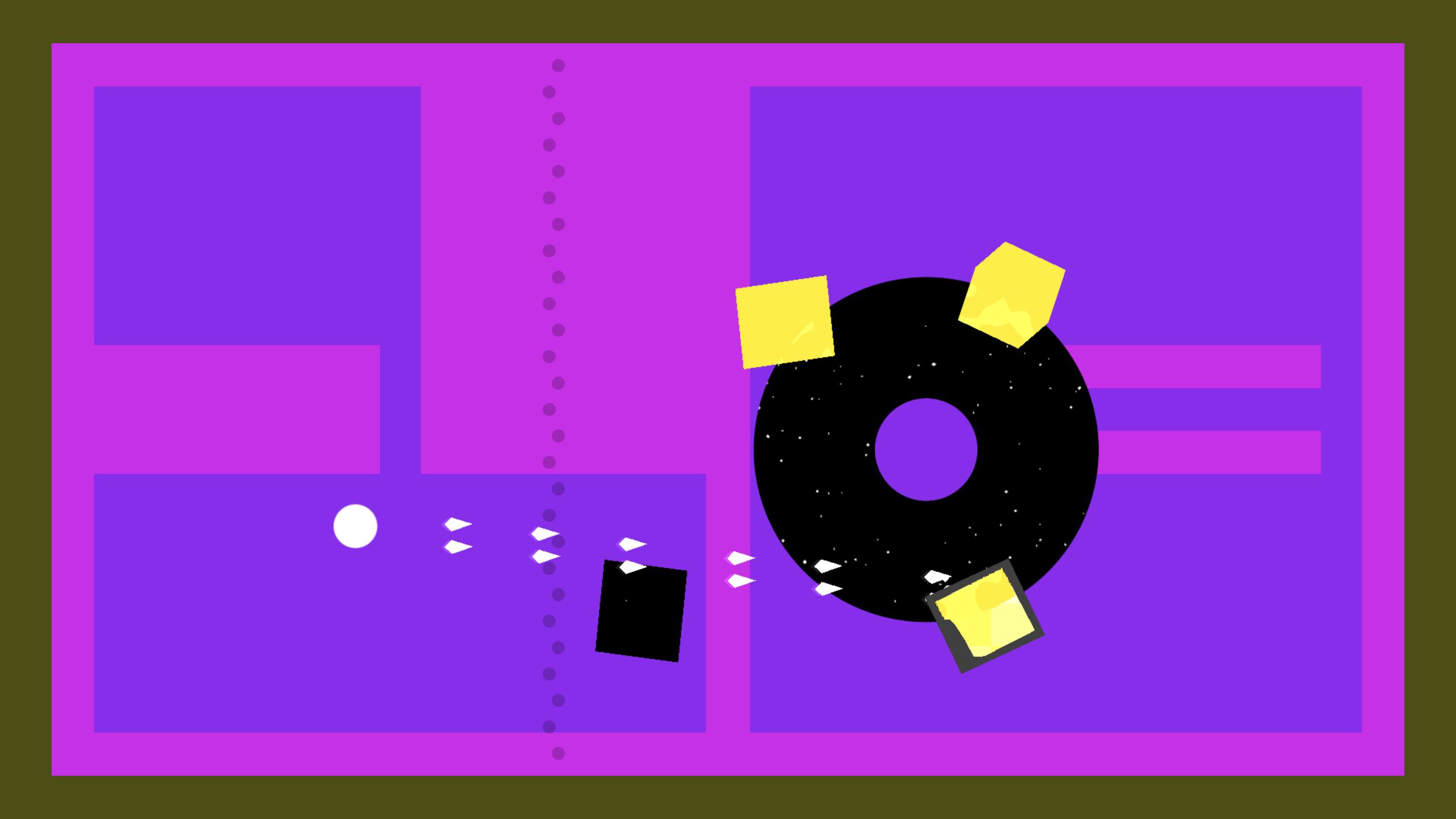 Each set of four levels gives you a total of one life and no health bar to stretch it out.  A single hit or the consequence of a mis-judged enemy kill is enough to send you back to the start, although the levels can be fairly quick once you know what to do.  There’s rarely more than six to eight enemies on screen at once, and usually fewer, and with a bit of focus and practice they go down in seconds.  The baddies can be fairly large but they also cluster over each other, and while there’s usually some maneuvering room, it can be hard to take advantage of if you’re moving slow while hammering the shots at a stubborn enemy.

The cubes take a good number of hits to go down, and if you stop firing their color grows back as they heal, so it can be hard to let go of the progress made towards dispatching another enemy for something like saving your own life.  Blow it on the third level of a four-level section and you’ll need to clear the previous two all over again, and the repetition gets tiring after the seventh or eighth attempt.  Clearing an area can bring equal amounts relief and sense of victory, knowing you won’t have to see the opening levels of the previous section again unless you actually want to. 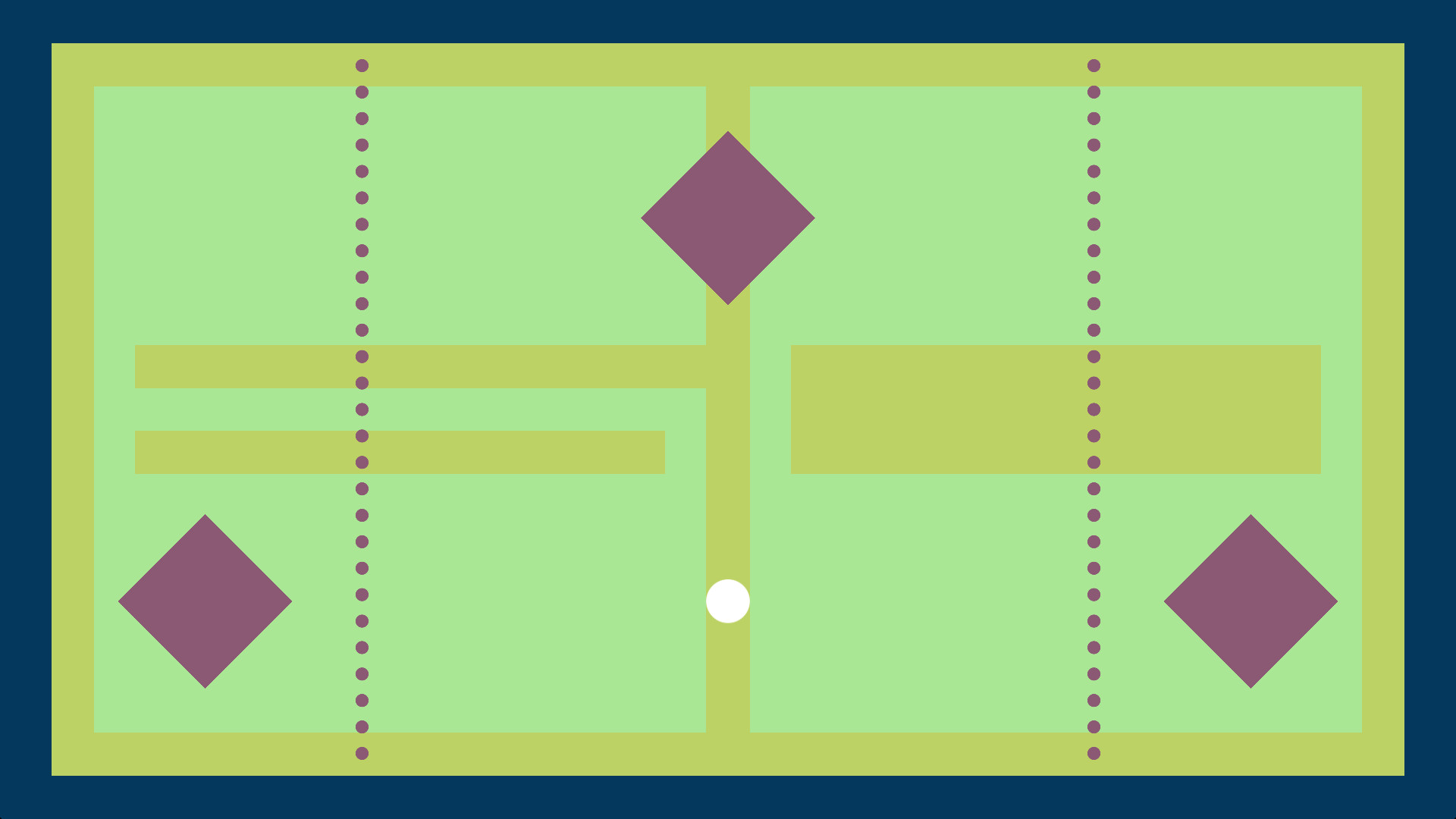 The result of all its elements is a shooter that requires thought and planning, but Thoth won’t let you go light on the arcade reflexes, either.  Its colorful aesthetic makes every level look like flat-shaded art, even as the shapes reveal their 3D nature as they rotate and spin.  The art is a little sterile, though, and while the energetically ominous music helps set the tone, Thoth still ends up feeling a little cold in a way the heat of the action can’t completely defrost.  Thoth is a solid and clever twin-stick puzzle/shooter hybrid, sometimes frustrating in its progress but nicely creative in its challenges, and a little determination mixed with practice and copious swearing will earn the sense of satisfaction from the final credit roll.  And a string of randomized levels afterwards, because why stop at the end?