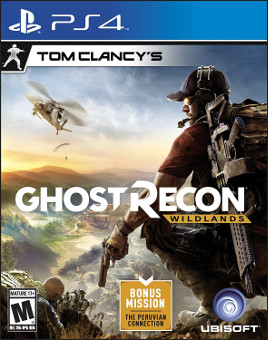 The brand of Tom Clancy’s Ghost Recon has become one of the more enduring franchises in gaming with Tom Clancy’s Ghost Recon Wildlands marking the tenth entry. Despite having found success with a winning formula, the developers thought it was time for the Ghosts to shake things up a bit and try something new. Breaking tradition, Ghost Recon is venturing out into an open-world format. A possible subtitle for this review was Ghost Theft Auto, but decided against it because of how stupid that sounds. Moronic subtitle notwithstanding, there is an apparent influence from the popular series named after taking a car that belongs to someone else.

Tom Clancy’s Ghost Recon Wildlands takes place in a fictional version of Bolivia. The amount of work and care that went into recreating this country is apparent, as the beautiful landscapes create some views that are truly unboliviable. The Ghosts have gone to Bolivia to put an end to powerful drug cartel known as Santa Blanca, which some of the backstory leading up to why there is beef with Santa Blanca is told in a short live action prequel film. The amount of freedom present in Wildlands is apparent from the moment the player enters the character creation screen where they are free to design their character’s physical appearance, complete with obvious product placement from brands like Oakley and 5.11. Character appearance customization is nothing new but this level of customization carries over into the game with vast arsenal of weapons that can be collected and modified. Anyone’s inner gun nut is able to customize their weapons to their heart’s content with the freedom to add grips, scopes, barrels, and more to their weaponry at any of the numerous load out stations, impacting the weapon stats in meaningful ways.

There is strong narrative driven campaign, but this can be ignored if the player wishes to tackle the side missions or just explore Bolivia and see what sort of trouble can be found. There are a variety of different approaches the player can take in completing a mission, though one of the more strategic methods involves using the drone to scout out enemies and dispatching them using the Match Sync shot. This tactic is not mandatory but it does help reduce the mission mortality rate. There are also the old standard options of charging in reckless, guns blazing or taking a stealth approach without relying on the drone. There is a level up system with a skill tree, so the player is free to build up the skills that are most conducive to their play style. 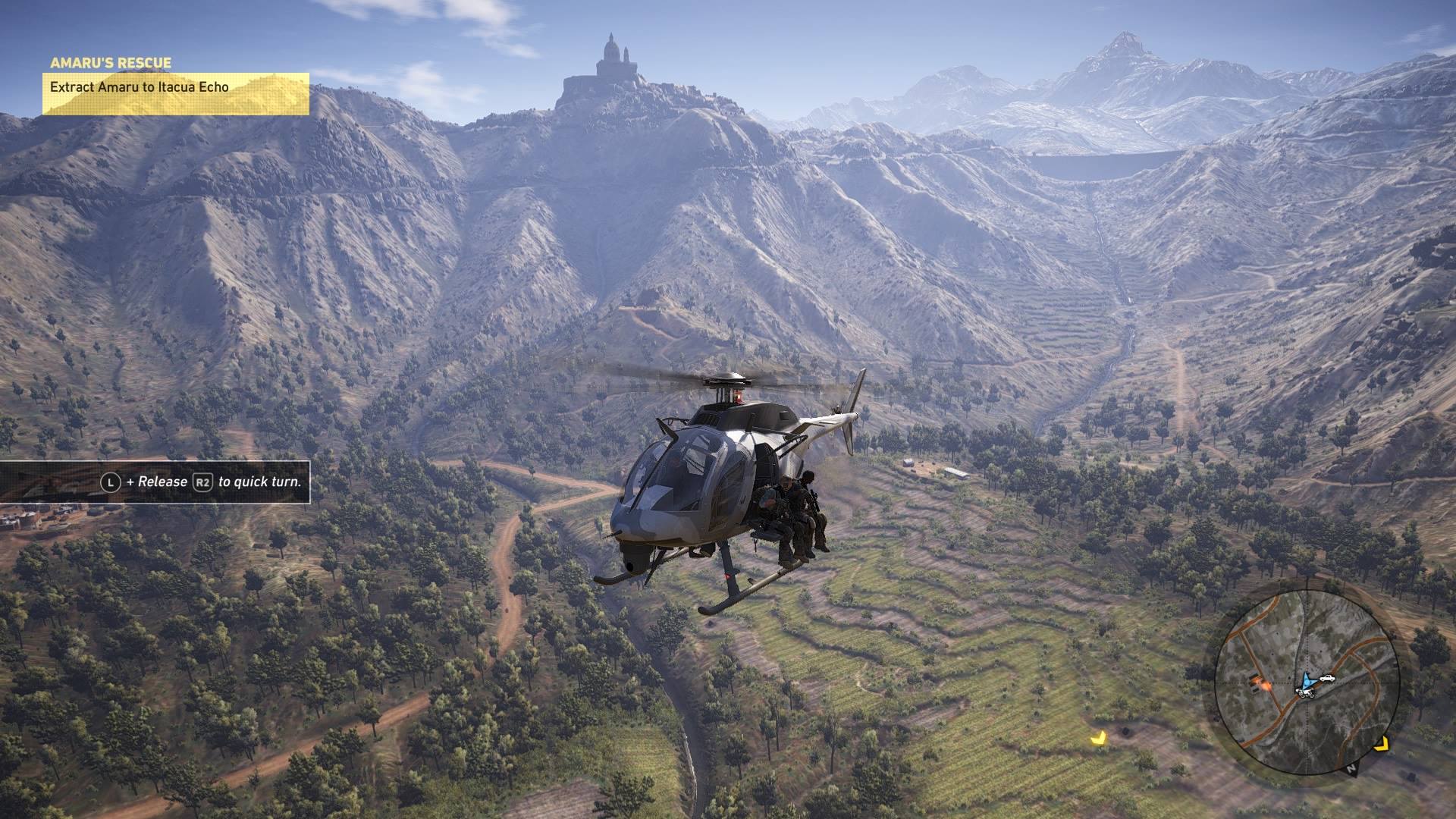 Previous Ghost Recon games were more linear in their structure and attempted to replicate a certain level of realism in their tactical approach. With the open world format introduced in Wildlands, this creates a very different feel for the Ghost Recon moniker. Despite the fact that the player is controlling the “good guys” in a special ops military unit, the gaming experience feels more like what someone would expect from a Grand Theft Auto title than a Ghost Recon one. The one exception to this comparison is that unlike GTA, killing civilians is frowned upon and the reckless genocide of inhabitants of Bolivia not involved with Santa Blanca or Unidad, the corrupt local military, can result in that unwelcome game over screen. This is not necessarily a bad thing, in fact the open world setting of drug cartel infested Bolivia works very well with this format, but people hoping more a traditional Ghost Recon entry may be disappointed that this is not that. The new approach does open up the game world for other forms of enjoyment. Bolivia is filled with giant mountains, and like Skyrim not all areas of the mountains are meant to be climbed but that doesn’t stop players from trying. However, Wildlands provides the option to try to scale these jagged rocky cliffs in a truck.

The developers of Tom Clancy’s Ghost Recon Wildlands did an excellent job in creating an immersive living world. The impressive visuals of the landscape provide for a realistic looking and massive world to explore. The voice acting is top tier, though some of the dialog does give a less serious tone than some other entries in the series. More options and variety in the radio stations would have been nice, but maybe Bolivia has only one radio station, just like Canada only has one television station. The same news broadcasts and radio call ins can be heard multiple times in any moderate length play session, so more variety to break up that monotony would have been nice. However, the presence that Santa Blanca has on the radio station helps reinforce the notion that they have a powerful stranglehold in Bolivia and are trying to indoctrinate themselves into the mainstream populace. The words spoken by El Sueño give the cartel a cult like quality, and with the spiritual component he injected into his organization he is one of those villains who believes that he is a good guy and that his cocaine operation is a positive thing. 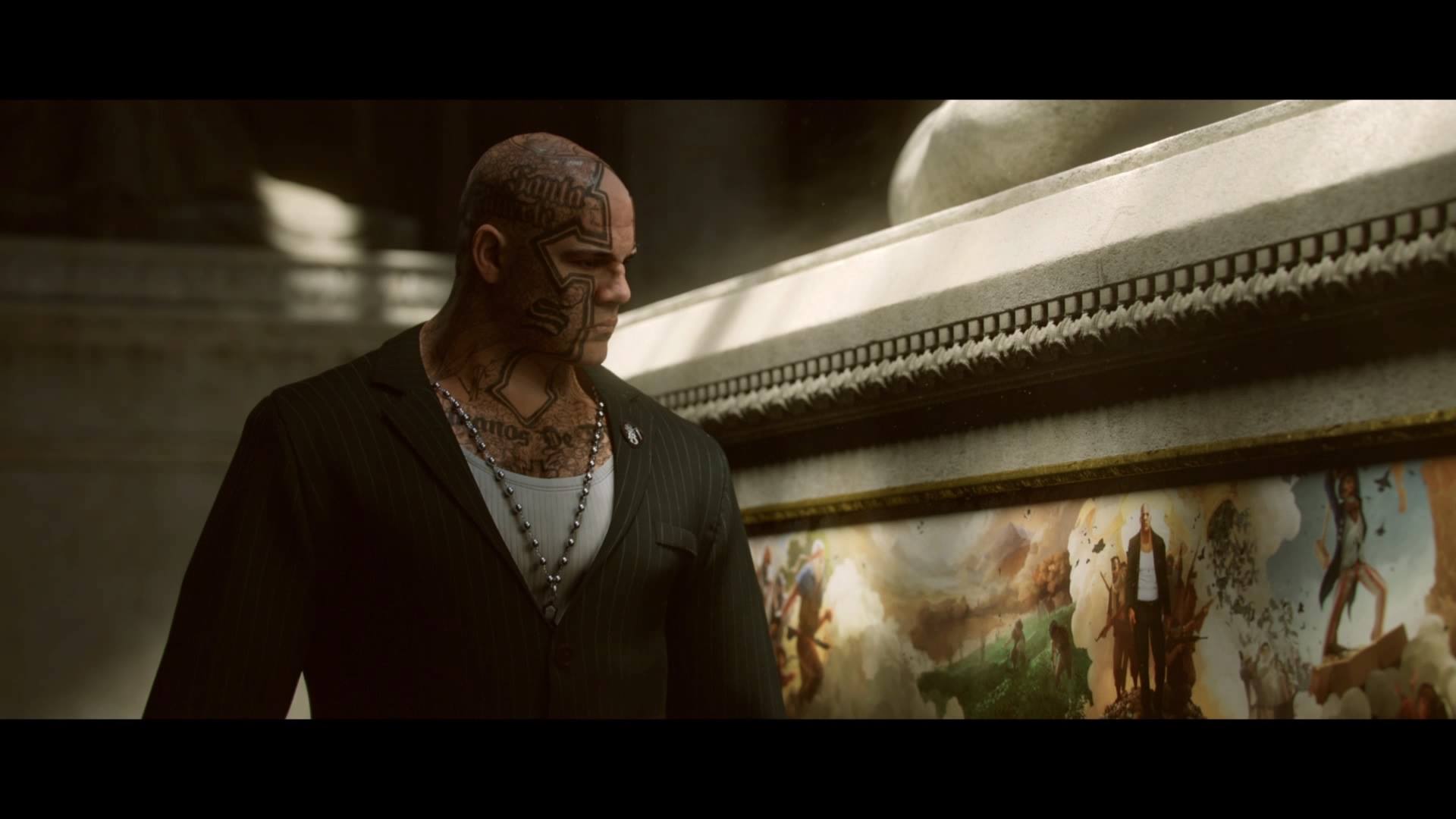 Tom Clancy’s Ghost Recon Wildlands grants the player freedom in how they progress through the story but also with who they play with. Wildlands is great for people who play games to escape the drudgery that is interacting with other people, but less antisocial people can play the campaign cooperatively with up to three friends, and the players are able to drop in and out of a session at will. The only people who are out of luck are those that love couch co op, as all multiplayer for Wildlands is strictly online only.

Overall Tom Clancy’s Ghost Recon Wildlands is a very good game but there are a couple weak points. There is a quick command menu that can be used to give commands to your squad or allied rebel forces. In theory this is a great device, but the controls for it are not as smooth or responsive as they could be which reduces its usefulness under fire. There are some missions where you have to protect an NPC, and these people must be passively suicidal or just oblivious and born without a self preservation instinct since they enjoy continuing doing whatever they were doing when a massive gun battle is happening around them where they are the focal point. I understand that if these people were capable of surviving a fire fight with military grade weaponry there would be no need for the Ghosts to protect them, but even the dumbest people have enough sense to look for cover when the speech they are giving is interrupted by a hail of bullets. 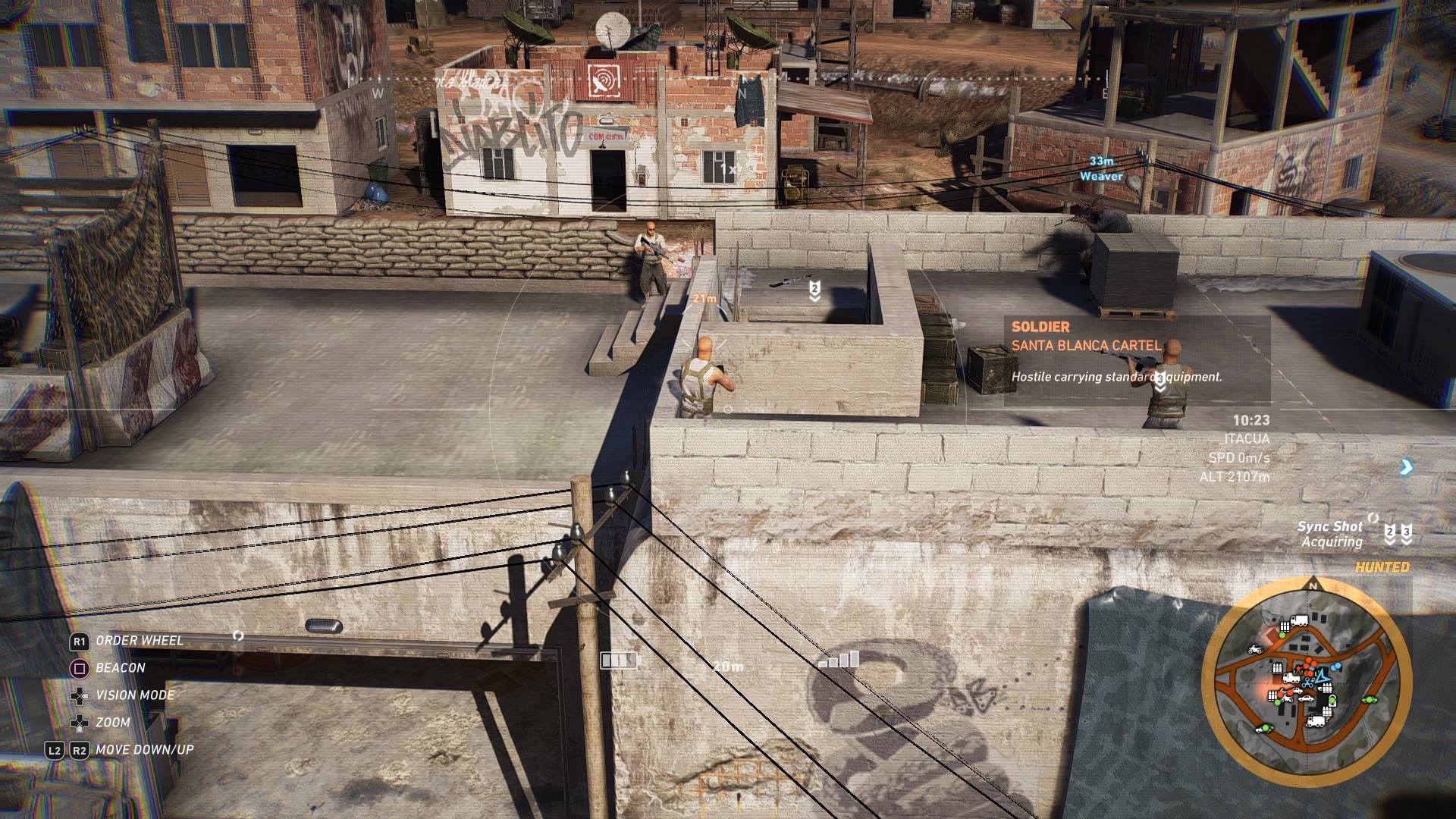 Tom Clancy’s Ghost Recon Wildlands is an open world thrill ride. The departure from the formula used in previous Ghost Recon games is a welcome change, as playing like a military-themed Grand Theft Auto or Watch Dogs is a blast. The in-game version of Bolivia is enormous and Santa Blanca is a large organization, so players will be spending a lot of time exploring the beautiful scenery in their hunt for El Sueño. The action-packed gameplay and well-developed story make the time in Bolivia enjoyable, and the freedom to play solo or cooperatively through campaign caters to anyone’s preferred social level in gaming. Wildlands might not be what longtime fans were hoping for from a new Ghost Recon, but putting expectations aside, Wildlands is not a game to miss.