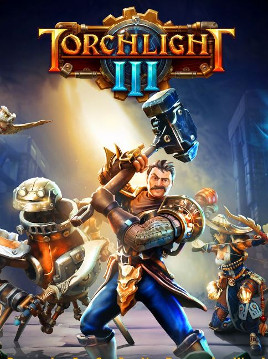 It’s been some time since we’ve seen a new entry in the Torchlight franchise, with Torchlight II originally releasing in 2012, but this isn’t the longest we’ve had to wait for a sequel. Torchlight III began as idea for a Torchlight MMO called Torchlight Frontiers following the success of the first two entries. During development they scrapped the MMO approach and decided to make it into a sequel in the traditional Torchlight style. This seemed like the wiser choice, as while certain franchises have had success in branching off into MMOs, most of the time we miss their traditional style games.

Torchlight III has players once again exploring Novastraia. The player can choose between four classes: Railmaster, Forged, Sharpshooter and Dusk Mage. In addition to choosing a class each character can choose a relic that grants them an additional set of skills. There is Bane, which summons poison volleying spiders. Blood Drinker, which has skills that allow player regeneration when enemies bleed. Coldheart, which grants crowd control powers by freezing one’s enemies. Electrode, which grants mastery of electricity, and lastly Flaming Destroyer, which grants control over fire. There’s also a Fort system which is shared between each character a player creates.

Each class has their own strengths and weaknesses along with their own skills. The Railmaster is a burly train worker whose might translates well to the battlefield, the Forged is a steampunk technology automaton, the Sharpshooter is an unrivaled gunslinger who employs the aid of summoned minions and the Dusk Mage is a master of arcane magic. With each of their skill trees along with their chosen Relic there’s a lot of room to build a character catered to one’s playstyle. Because the Fort is shared across all characters (with one caveat we’ll discuss later) bonuses from Fort items can be shared and useful gear for other classes can be stashed in the shared storage to help encourage repeated playthrough with each character class. The Fort’s layout can be customized, so as the player progresses it’s nice to see the Fort grow with the characters. Each character can start with a pet, with the initial choices being a dog, alpaca or owl, but more pets with more abilities will be unlocked as the game progresses. 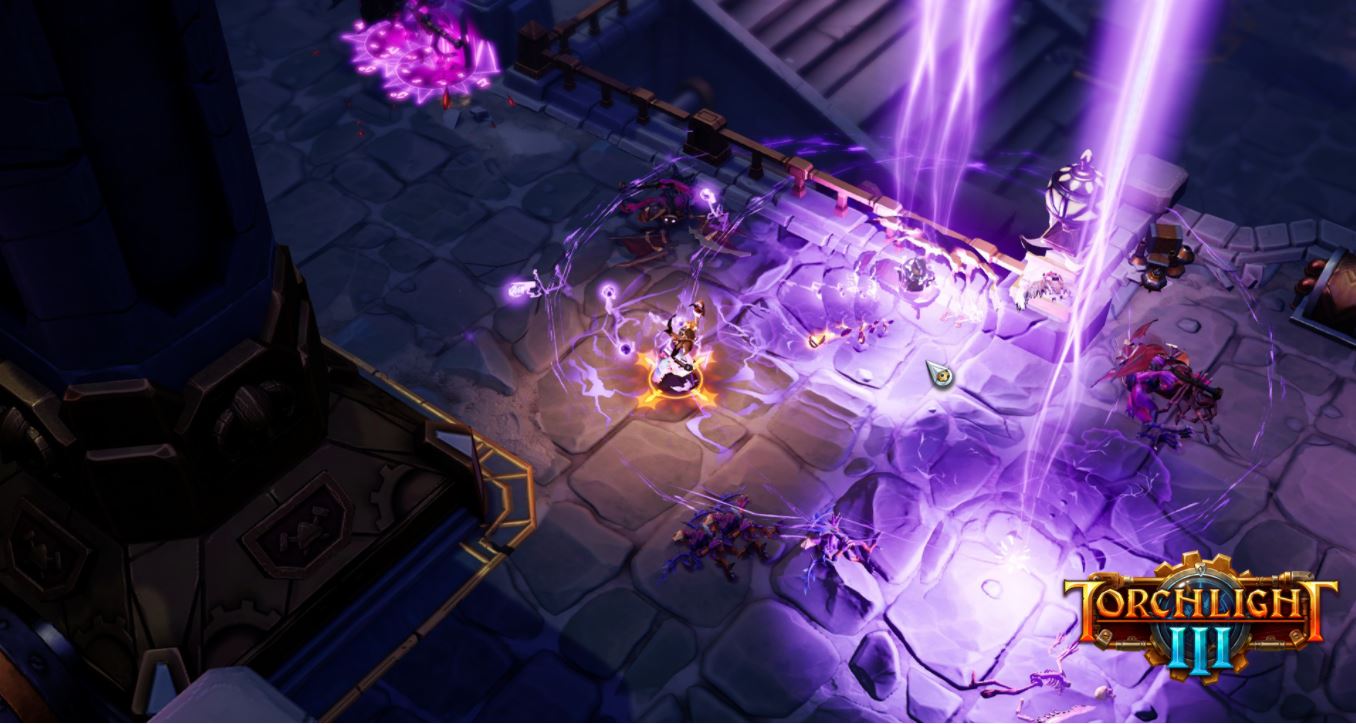 Torchlight III begins with the chosen character stepping off a ship and into Trevail Point, which happens to be under attack from goblin armies. The expected battle ensues, and after the goblin ringleader is taken into the custody, the player is given direction to provide aid in a number of quests that give reason to venture out into the world. The progression through the world is linear, save for some optional dungeons here and there and the gameplay is what can be expected from what can be lovingly referred to as a Diablo clone: kill everything, play with your skill building and loot, loot, loot.

Torchlight III adheres to the same formulaic gameplay for this sort of game. The gameplay is repetitive by design and the desire to gain a level to test out a new skill or finding a slightly better piece of equipment is just as much of a driving force for continuing gameplay as progressing the story. Compared to Diablo III, and one could even argue Torchlight II, the gameplay and progression system is simplified. There’s still a lot of freedom to build your character based on the acquisition of skills and how to level them along with choosing which equipment to use based on augments to skills versus raw stats, but there’s no attribute skill distribution at level up or branching skill trees. The simplicity may streamline the experience to some and be off putting to others, so that’s something to consider based on what you’re looking for. Even though a little more complexity in character building could enhance the experience and hardcore genre fans could unfavorably compare Torchlight III to other games of its type for this reason, the simplicity didn’t make the game any less fun to play. When the main game is completed, in addition to replaying with a new character class, there’s the end game content in the form of Fazeer’s Dun’djinn, which has many variable challenges to conquer. 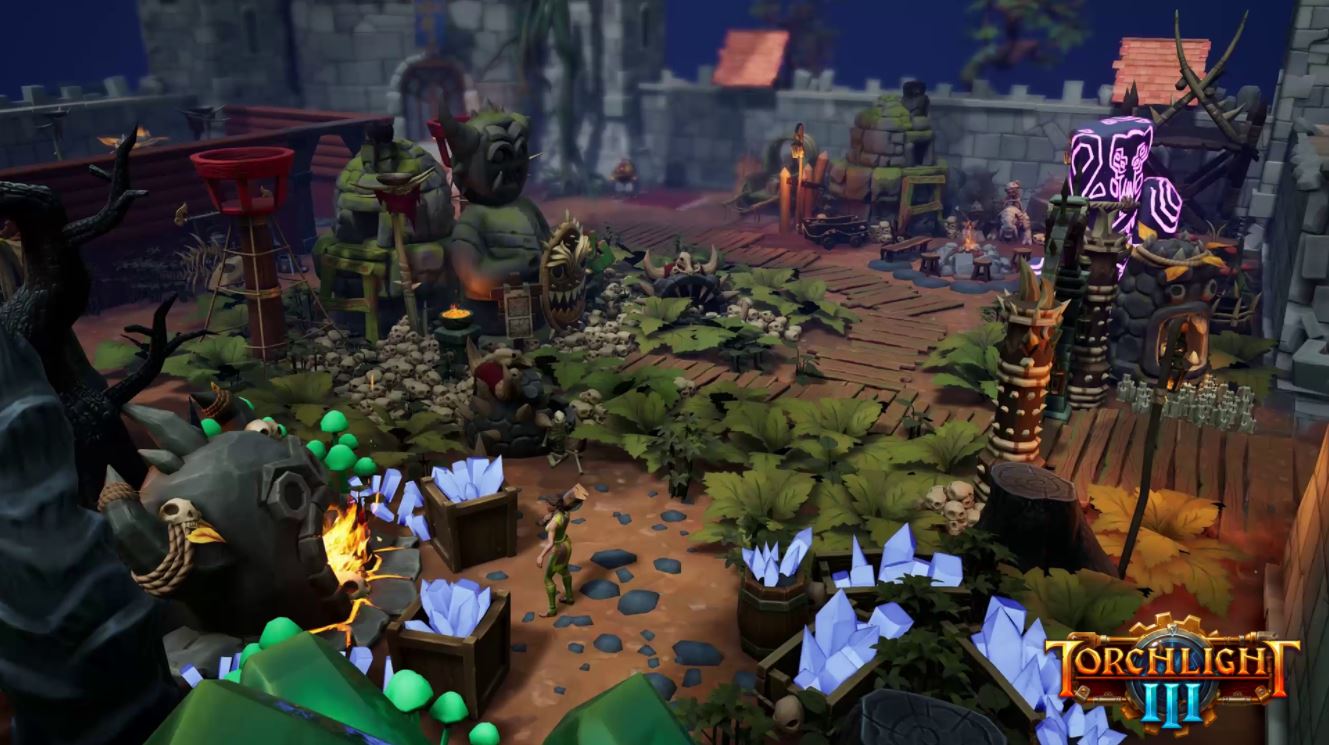 Torchlight III can be enjoyed as a solo adventure or with friends through online play. Now, the caveat that was hinted at earlier with the Fort being shared between characters is that Multiplayer and Single Player characters are saved separate from each other, so choosing which mode you choose to create a character for is a major gameplay decision. Something relating to that is even in single player mode the game cannot be paused. In online multiplayer this is entirely understandable but there’s no reason why my character should continue to be attacked by goblins while the inventory menu is opened and gear management is taking place.

The graphics don’t push any current gen software to the limit, but that has always been part of the art style of Torchlight. The music fits the tone of what’s going on, and while it’s generally good and appropriate for the game, it isn’t the most memorable soundtrack. The voice acting is fine, with some Gauntlet style “your health is low” warning narration that occurs in dire situations. The gameplay is smooth and responsive and one of the technical highlights of this title, making it easy to juggle multiple skills in any tense battle. The challenge is forgiving on normal difficulty, but there are harder difficulties available, including a hardcore/permadeath option. There were a few glitches during the review playthrough that we are going to acknowledge but not judge too harshly since there’s a day one patch that goes into effect after this review is published that may address these issues. There were some audio glitches, both myself and a fellow writer experienced a disappearing pet that required a game reboot and there was even one time where spontaneous death when no enemies were around occurred. Generally not game breaking, but hopefully patched at launch. 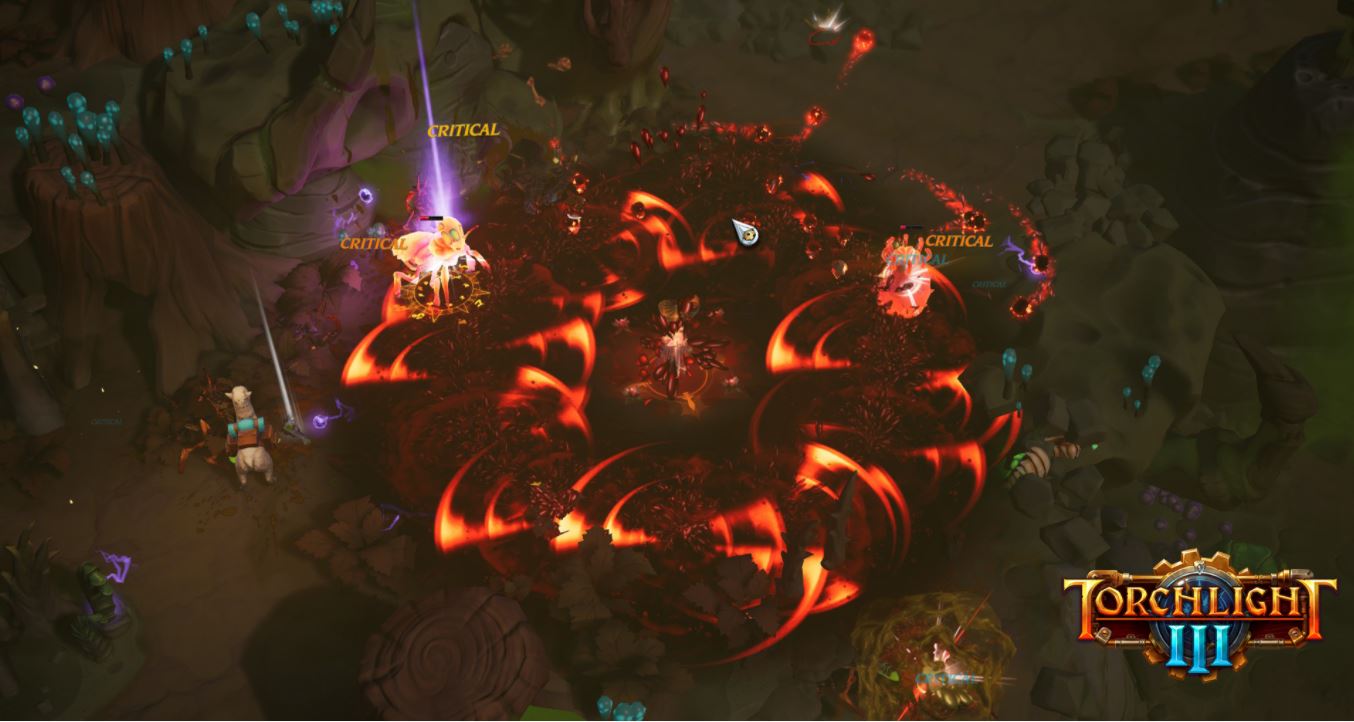 Torchlight III doesn’t bring anything new to the looter dungeon crawler and that’s okay. It’s rather simplified and accessible, but most importantly fun and hard to stop playing. Hardcore fans of this style may be critical of the fact that it might be too simplistic and accessible, and that’s understandable since I have fond memories of working out complex character builds in other games of this nature and feeling pride when they worked out well. Comparing Torchlight III to other dungeon crawlers may come up lacking in those areas, but it’s an enjoyable game just taking it in as its own entity, making the return trip to Novastraia worthwhile.