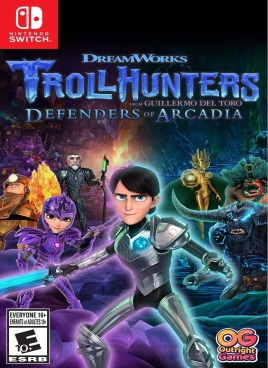 While there have been a ton of Netflix-original shows that became pop culture phenomenons, none quite had fanbases of as many age groups as Trollhunters: Tales of Arcadia. After three successful seasons, fans were left wanting something new to enjoy — enter Wayforward and Trollhunters: Defenders of Arcadia. This tale follows up on the third chapter of the story in an action-platformer that feels both familiar and unique at the same time due to its execution. Wayforward has created a ton of platformers in their time, and as a result, they have that genre well mastered when it comes to ways to take a well-worn genre and keep it interesting.

As the half-man, half-troll, Jim, you’ll jump, slash and collect items throughout the world while also partaking in fun mini-games to help mix things up and pass the time. The crux of the story is entering into time looped variants of stages to help stop the story’s big bad as he vies for a McGuffin that may very well end the world in his hands. It’s not the most original plot — but it’s told in an enjoyable way that manages to take tropes and turn them on their head in an amusing way. Most platformers have collectables, but not many have them so you can chuck gnomes at targets between stages.

Thanks to the time loop mechanic, you wind up with not only a newer tale but also playing through key events of the show — making it not only a great way for fans to enjoy it, but also allowing newcomers to the series enough story to follow. You can be a fan of the show coming in and get more in-depth references and dive deeper into the lore, but even without that, there’s a lot to enjoy about the characters and their chemistry with one another. Many licensed games fail to capture the same chemistry as the property they’re based on. Thankfully, Wayforward’s long-standing attention to detail helps ensure that this isn’t a problem in Defenders of Arcadia. 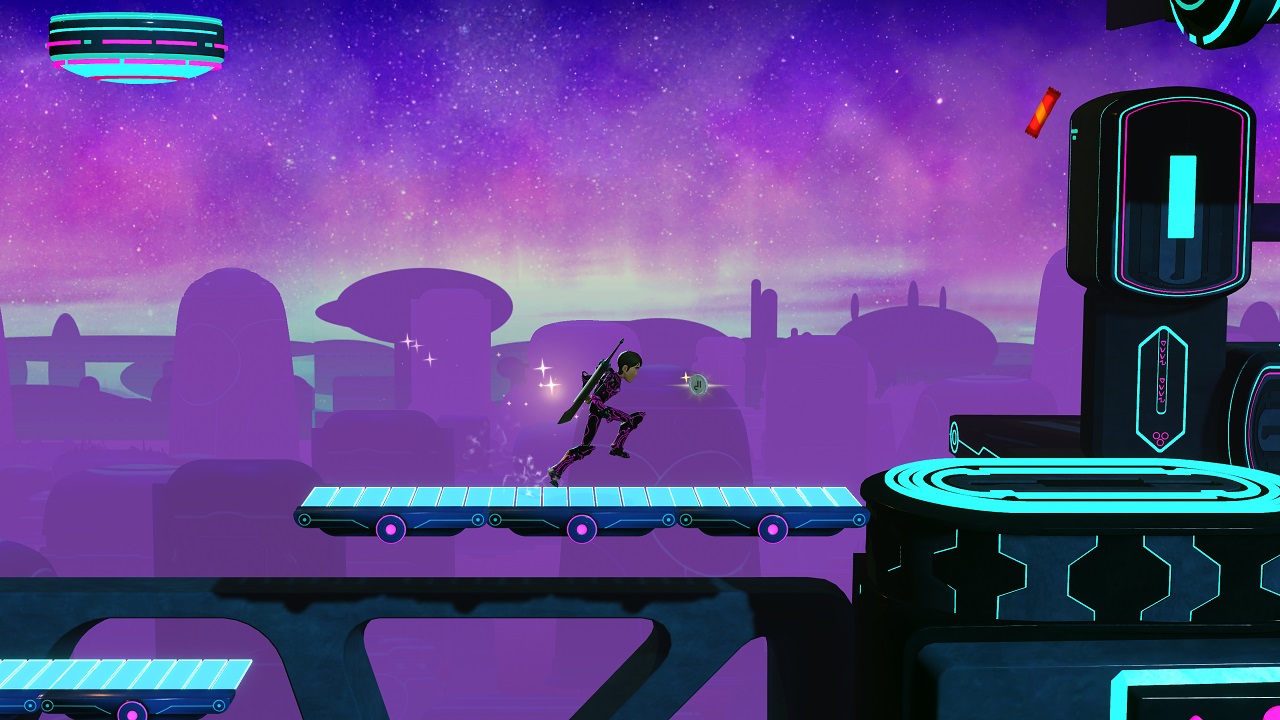 The core gameplay is an action-platformer akin to Mega Man Zero-style swordplay with a bit of a collect-a-thon thrown into it. Unlike a lot of platformers that have the collecting aspect drag things down, however, Wayforward has minimized the amount of things to collect and made things like dirty socks to use as currency easy to find — with a bit of exploration needed to get all of them. The swordplay is fast and fun and the platforming feels natural. Jumping from area to area is a breeze and you can take out foes in a few hits without worrying about being ganged up on during regular stages. You still want to be careful though as there are some smaller enemies that are akin to flying bats in the original Castlevania where they won’t kill you through one hit deaths, but through being hard to hit quickly and can sap your life away over time.

The core swordplay is a lot of fun and while it doesn’t offer a ton of variety beyond a three hit combo, it is still fun to slice up foes. Things are freshened up with the ability to have an assist character fly in and break blocks that impede your movement. This allows you to explore more and gain more items to further finish up your completion percentage and get more gnomes for the gnome toss mini-game. More variety would help things out with the combat and unlike many games with a sword as your primary weapon, there isn’t a satisfying slash — enemies just disappear off-screen. The end result is that the sword slash feels like a longer-range melee attack and doesn’t have the oomph you would expect when compared to other action-platformers. 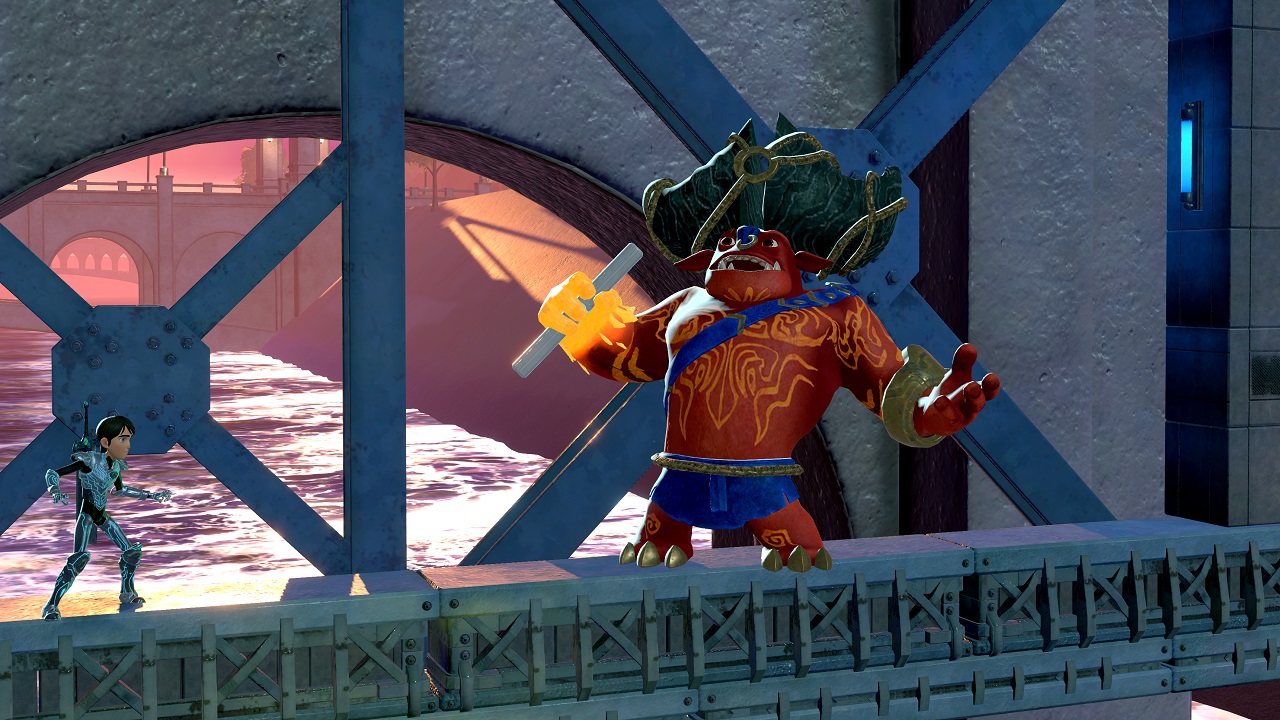 Visually, Trollhunters is a mixed bag with good-looking art between stages, but iffy art design during stages. One downside to using polygons for a side-scrolling game, especially low-detailed looking art, is that it looks outdated. The visual design as a whole reminds me a lot of PSP remakes of classic games, where you take a game design that would probably shine with a more modern pixel-art look to it and turn it into a more visually-subdued polygon art style that isn’t bad, but feels like it’s missing something. The bright and lively world seems like it should have more life to it than what we see here, with corridors and stages that look cobbled-together from the same assets and don’t have a cohesive flow to them.

Stages take you from one set of enemies and arrangement of collectables to another, with things like drop-down platforms or light platform movement puzzles to solve as you go from one area set up like this to the other until you inevitably come to the end of the stage. There’s no sense of a mid-point or checkpoint to get a sense for how far you are in the stages, and they go from left to right, up and down and don’t have a mini-map or collectables guide beyond the HUD — so if you miss something, you can’t bring up a map and see that you missed the upper-most left corner, you just have to try the whole stage over again later. It’s cumbersome and beguiles the collect-a-thon nature of the game. 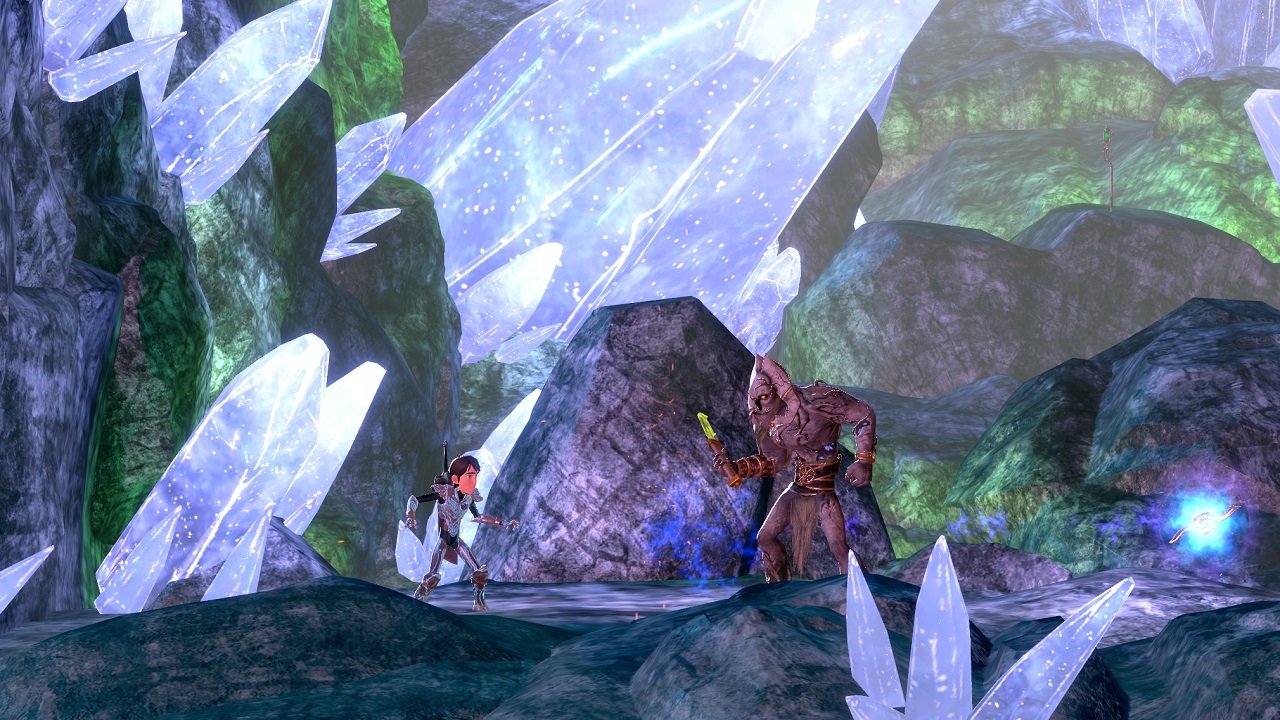 There are also problems caused by small enemies blending in with the background — further chipping away at your health more than needed. Fortunately, things like bottomless pit-related deaths just reset you from a slightly-earlier portion of the stage, but the lack of a formal checkpoint system definitely hurts the flow of stages a bit. Death doesn’t send you back far, but beating a stage only feels so rewarding when the end just kind of comes at you suddenly. There’s no buildup to it — stages just end and it feels kind of random. Thankfully, the core game is still fun to play — it just isn’t addictive for long play sessions.

While it may falter in core game design, Trollhunters excels when it comes to sound design. The voice work from the show’s cast is fantastic and they have a great sense of chemistry together and don’t just come off like they’re reciting lines. This is a big part of making the game as fun as it winds up being  soin spite of its flaws because going from stage to stage is genuinely interesting thanks to the voice acting making you want to see what’s going to happen next. The soundtrack is also epic and not only fits the fantasy setting nicely, but wouldn’t be out of place in a top-tier JRPG either — it’s polished and the musical arrangement is impressive and gets your blood pumping. 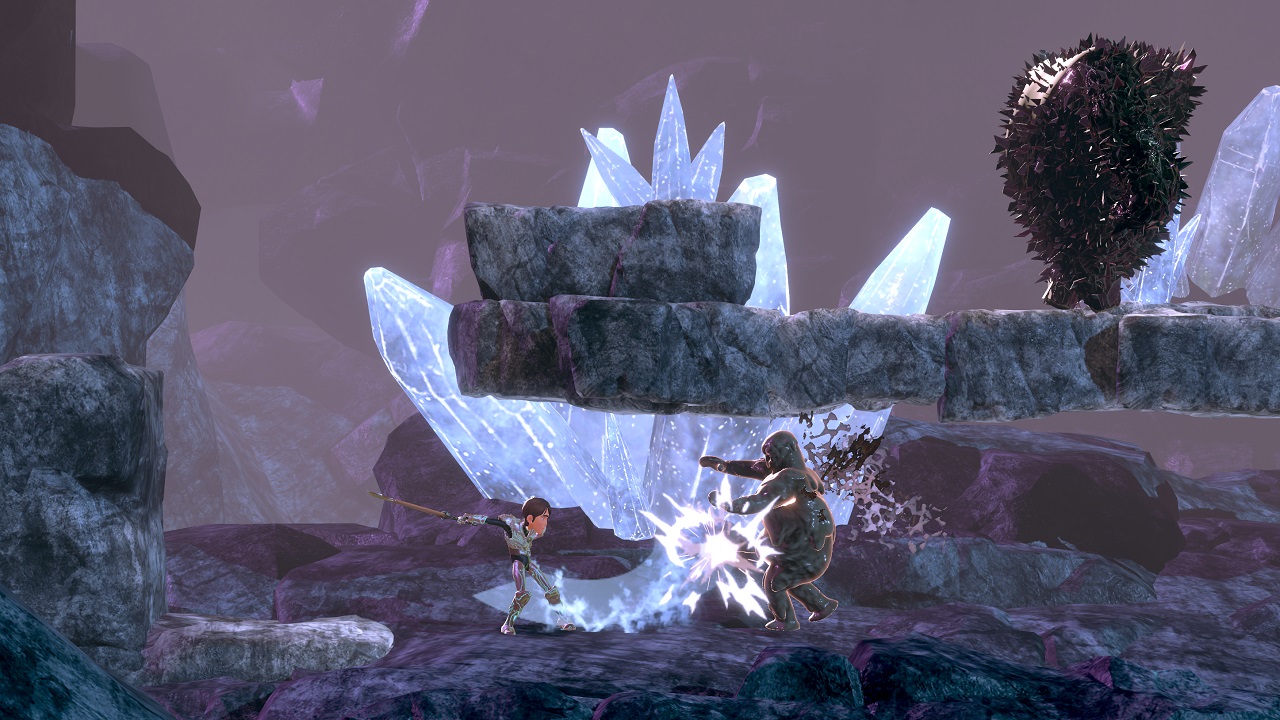 Trollhunters: Defenders of Arcadia is a fun, but flawed action-platformer that may deliver a lot of thrills for fans of the series, but lacks enough substance to be a must-buy for those coming in cold. It’s a good game technically, but one with levels that lack soul and a rock-solid layout. What’s here is done well — but it could be done better. The graphical design in particular feels like something from a bygone era with iffy-looking character models and environments that are dull and lifeless. There’s a lot of life to the world around you, but the darker visual look of everything beguiles it and doesn’t do it much justice. Thankfully, it’s still a fun romp in part to the show’s voice cast shining and the excellent soundtrack making the adventure fun to listen to.