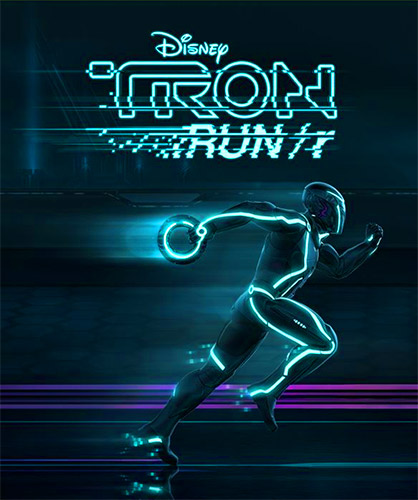 Though the base experience TRON RUN/r delivered was quite enjoyable on its own, there were some key areas of the game that deserved to be improved with subsequent updates. In that respect, Outlands doesn’t deliver. But what Outlands does do is offer players another excuse to dive into the digital frontier again and that’s still a win for fans of the base game.

Outlands doesn’t do much to change up the established gameplay loop. It’s still ostensibly a souped-up Temple Run for the hardcore crowd, tasking you with pushing through the Grid either on foot or by lightcycle. During running levels, you’ll hop, skip and jump past obstacles and enemies. The controls are straightforward with each button dedicated to only one or two basic functions, such as jumping, sliding, gliding, wallrunning or throwing your identity disc to attack. It sounds simple, but the challenge level ramped up in a satisfying way, demanding a flurry of taps, holds and dodges with precision timing; Outlands pushes the challenge level just a bit further, and it’s much appreciated. RUN/r is very much a game where you’ll enter a “flow” state as it throws more at you. Similarly, the lightcycle time trials benefit from leaning forward, turning up the music and really getting into the swing of things.

Outlands adds a decent chunk of content to the game with 16 new levels total, new gameplay elements for the endless “Stream” mode that switches between running and lightcycling sections on the fly, and some new character and cycle designs. The new cosmetic choices are appreciated, but don’t really do much to extend the life of the game given that you’ll likely look at each design once before picking a favorite and not really bothering with it anymore. Like, it’s cool to see characters from the animated spin-off TRON: Uprising rendered in the style of RUN/r but it won’t fundamentally extend the lifespan of the game. It would’ve been a nice touch, at least, if different characters could’ve had different strengths, weaknesses and abilities, and if the cycles could’ve had different handling to keep things fresh and make your choices a little more meaningful. But as it stands, it’s still neat to be able to select classic and modern franchise designs. 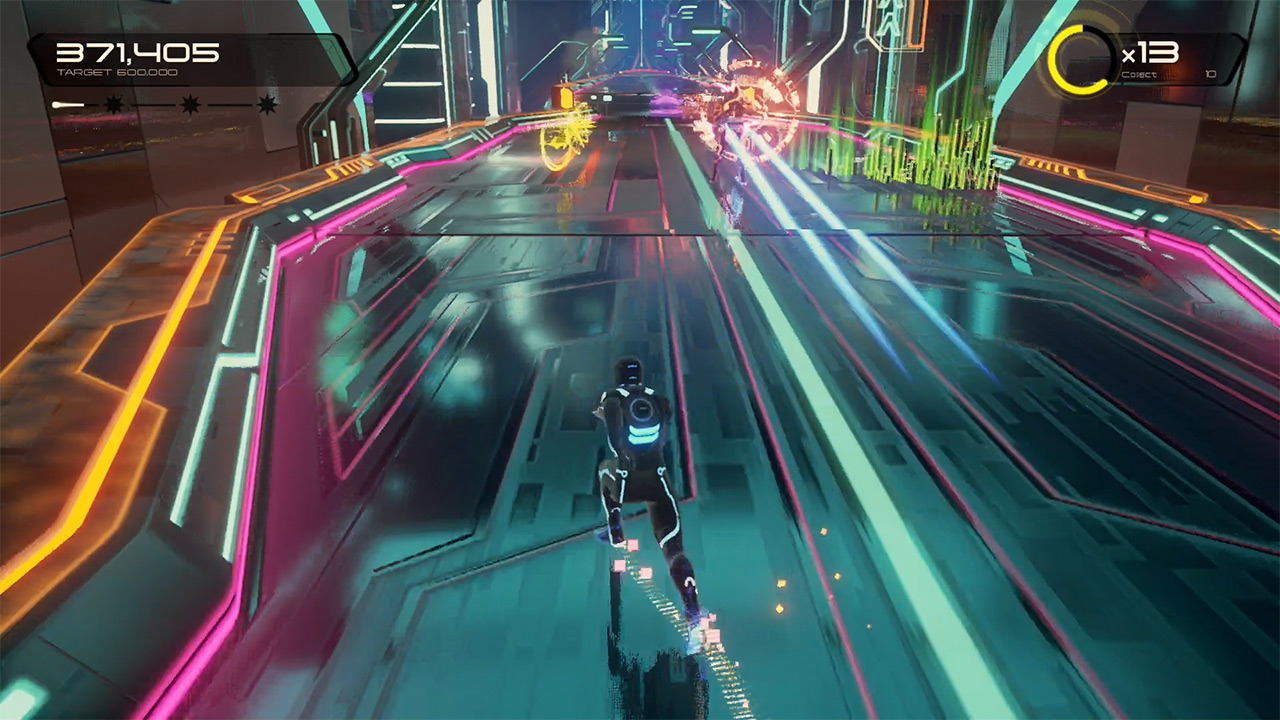 Like the base game, the new levels are either standard running or lightcycle sections, and that’s pretty disappointing. The reason why Stream mode is so good, beyond its replayability thanks to randomized track design, is that it manages to mix the two otherwise disparate styles of gameplay into the same run seamlessly. You’ll start off running but before long, you stumble into an open stretch and suddenly your character jumps forward, a lightcycle materializes and the race is on. At the end of the lightcycle section, you hop off and start running again. It’s a fantastic way to keep the action feeling dynamic and exciting, yet Stream mode is the only place where the game mixes the two styles. The standard levels keep them segregated, with each being either a running or lightcycle level, never both. It’s a bummer, plain and simple. Rather than keeping the two disparate, RUN/r should be mixing them into something unique.

Still, the new levels presented here are as sharp as the ones in the main game, so it’s tough to stay dour about Outlands for too long. There’s some new obstacle patterns to keep you from ever feeling too comfortable, and the tracks feel much more willing to throw a handful of paths at you at once to force a split-second decision. Outlands is still painting with the same palette of colors so you won’t see any completely new gameplay elements or scenery to deal with, only new arrangements of well-worn ground. There is the tiniest hint of a story here, but it’s told through a few extremely short voice clips when you’ve finished specific tracks. Nothing happens when you beat the final Outlands level though and overall it just feels like a missed opportunity to lend some narrative gravitas to the otherwise dry action. 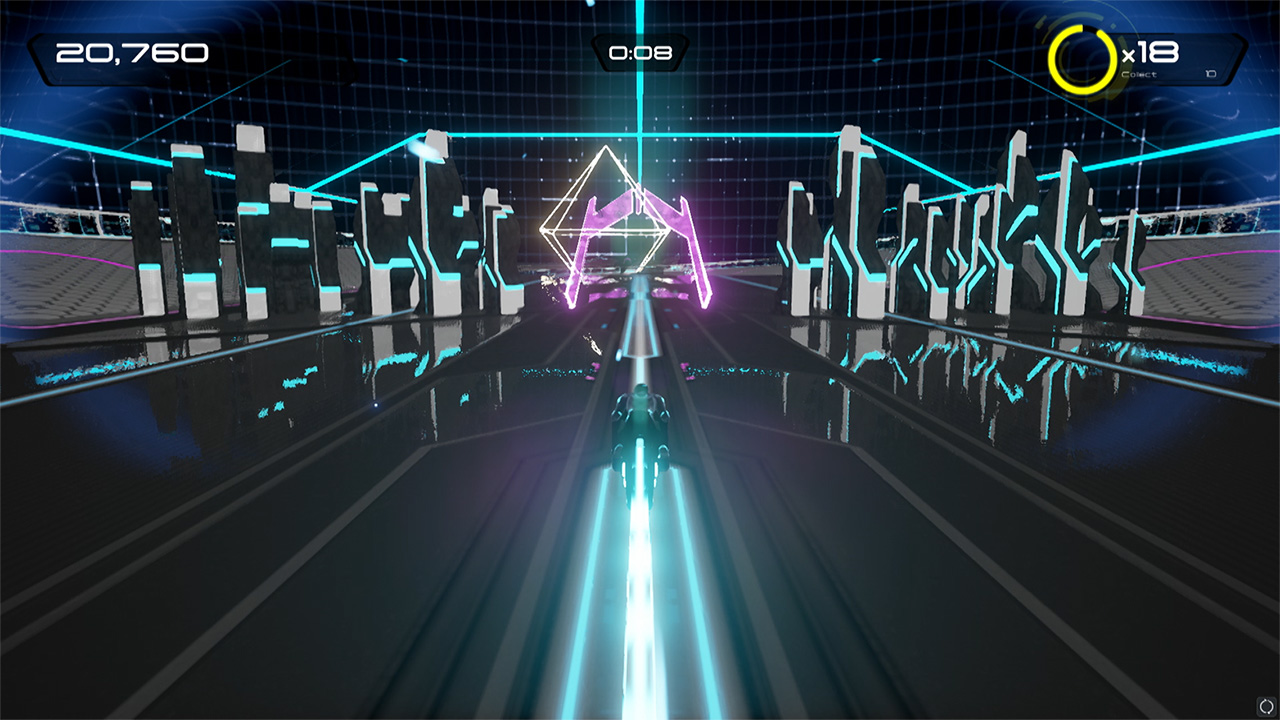 Outlands doesn’t change anything up in a meaningful way, doesn’t find a way to mix its two distinct styles of gameplay into something altogether more fun and doesn’t even fix the original game’s unfortunate frame rate issues. In every sense of it, Outlands is just “more TRON RUN/r.” That’s too bad, but it’s also not the worst thing to be.