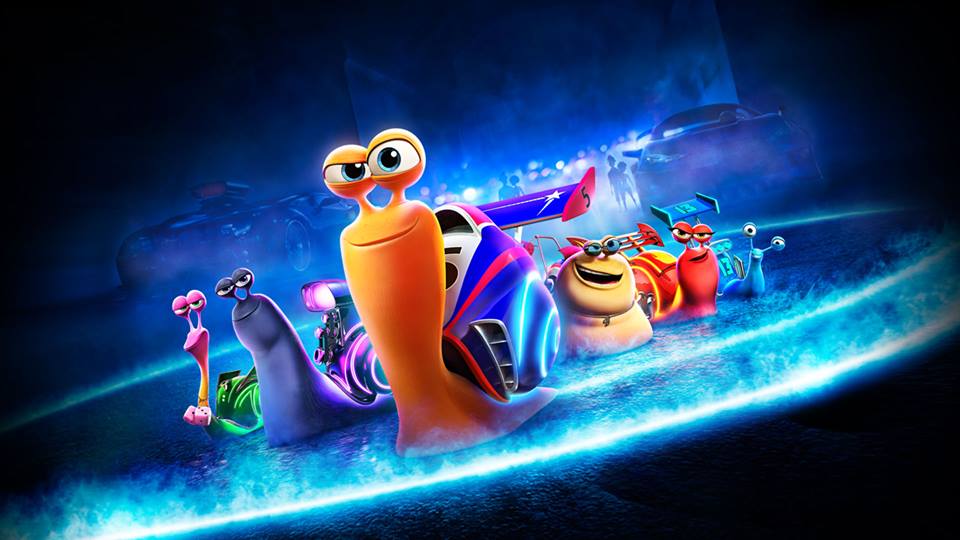 It’s long been a dream of mine to see Ryan Reynolds portray a racing snail. While kids would ask for bikes or toys for Christmas, I asked Santa for a racing snail. I begged my mother, “Why can’t Van Wilder play a snail? He has such a great range.” But alas it was all for naught. Three years passed with my dream unfulfilled, rage slowly building inside me, until one fateful day in July 2011 when Dreamworks officially announced Turbo. After two years of writing fan-fiction about Turbo and cutting out pictures of Ryan Reynolds’ head and pasting them on a snails body, Turbo finally hit theaters. But the gods must have been smiling on me, as we got not just a movie about Ryan Reynolds playing a racing snail, but a video game. And so the legend of Turbo: Super Stunt Squad began.

Turbo the movie tells the tale of an ordinary garden snail who one day falls into the supercharger of a street racer and gets his DNA infused with nitrous oxide. Discovering he’s now one of the fastest things on earth, Turbo sets out to prove it by entering the Indianapolis 500. As such, you’d logically expect a game adaption to be in the racing genre. Turbo: Super Stunt Squad, however, is a Tony Hawk Pro Skater clone. Yes, a game about a snail that races at super fast speeds is reduced to that of a skateboarder. It’s an absolutely bizarre choice that even the marketing department must have lamented, as every single piece of marketing (including the back of the box that says “Race as your favorite Turbo Characters!”) seems to trickily allude to the fact that it is indeed a racing game. 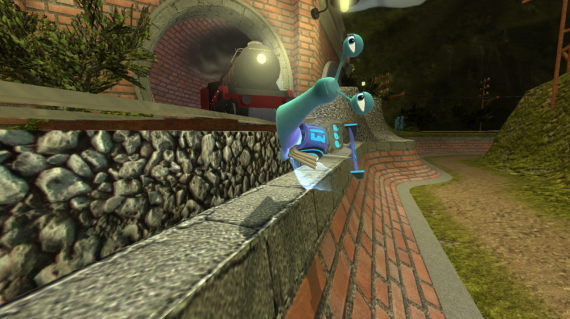 Six areas are included that are loosely based on areas in the film, including Dos Bros Tacos, Dos Bros Patio, Paz’s Autobody, Valley Hobby, Rooftop Garden and a nail salon, but all have been transformed into bizarre miniature skateparks with half-pipes and rails scattered throughout. The areas are pretty uninspired, not relying enough on environmental objects and are disjointed in design. It’s hard to maneuver through areas and because the majority of objectives are to find hard-to-reach objects, most of the areas of a level are designed not for tricks but for inaccessibility. Only Dos Bros Tacos is available at the start, with the other levels unlocked by completing various objectives, including stuff like collecting letters to spell out “TURBO” (*cough* SKATE *cough*), following a trail of racing flags, collecting Turbo emblems, jumping over things and racking up a high score. There are tons of objectives in each level, so replay value is high for those who simply enjoy playing the game, but the issue is that every level can be unlocked in around three hours, making being a completionist the only incentive to keep playing.

Controls are standard for a Tony Hawk game, with grabs and aerials executable in the air, grinding (called sliding here) on rails and half-pipes, plus wheelies and nosies. There isn’t a ridiculous amount of combos like in Tony Hawk, but most people never did those anyways, so it’s not a huge deal. What is a huge deal, however, is how difficult is it to execute aerial tricks. Going up a half-pipe rarely gives enough air to do more than two turns, taking a lot of the fun out of trying them. Worse yet, the shape of Turbo is odd, making it difficult to see which end is the front, resulting in a lot of failed landings. This leads to the biggest shortcoming of the game, which is that wheelies, nosies and sliding are the only realistic way of racking up points. Wheelies and nosies are excuted simply by going up and down (and vice-vera) on the left analog stick and are easily maintained. Doing just those two “tricks” repedately in a level can lead to gigantic combos and triple-digit scores, making it inefficient to do any other kind of trick. This takes away the stunt part of the game and renders it an exercise in finding hidden items.

Turbo: Super Stunt Squad is both a Tony Hawk Pro Skater clone and a failed adaption of a snail racing movie. It has little relation with the film and could swap the assets out for say, The Oogieloves in the Big Balloon Adventure, and accomplish the same thing. It doesn’t even have Ryan Reynolds in it, which is absolutely heartbreaking. At the very least, it’s certainly playable and there’s a lot of replay value for those few who actually like the game. The problem then becomes that the only two groups who would like the game are children who loved the movie or children who haven’t been exposed to better video games. Either way, you’re failing as a parent.