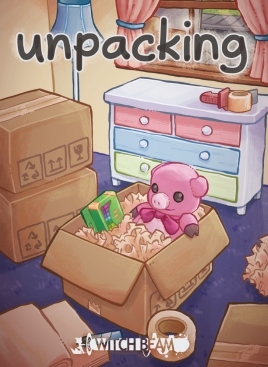 One somewhat common gaming-related joke you may have seen a few times is that of trying to compare or apply the game of Tetris to everyday life. For example, watching Homer Simpson try to cram all of the family’s purchases from a garage sale into their station wagon. It’s the type of joke you can relate to about having to properly organize a ton of things with a limited amount of space. Developers Witch Beam, though, have now taken that joke and essentially crafted it into a full game, Unpacking, about having to unpack entire boxes of clothes, equipment, and precious memories after an important move. It’s quite the change in pace for the crew that gave us Assault Android Cactus (and one that probably further brings another Simpsons joke to mind as well), but is it one that succeeds in turning such a chore into a successful game?

While Unpacking may not seem like it has much of a story on the surface — after all, practically everything you need to know about the game is in the title — there’s actually a narrative to things. The game actually chronicles the life of a young woman from 1997 to 2018 in various stages of their life, all taken via various snapshots as they unpack their goods during pivotal moving days. It starts out with a young girl finally excited to have their own room at home, then moving in to their own dorm room as a young adult in 2004, then their first apartment a few years after that. It’s a simple tale, but one that works in the same way something like Boyhood might work.

The trick here, though, is that everything about this woman’s life is told solely through the possessions we unpack. Unpacking may not boast the most hi-bit pixel art, but it succeeds at capturing all of the details in each small item, down to having recognizable covers on the various DVDs and video game cases that get brought out. Not to mention the passage of time, as captured in the evolving technology needed for their studies and career, going from boxy computer monitors to flat screens and drawing tablets, as well as our protagonist’s personality, shown evolving through their various tastes and the mementos they keep. And of course, there are more important items such as diplomas and photographs, which play a heavier part in establishing what’s been going on in the gap between each move. 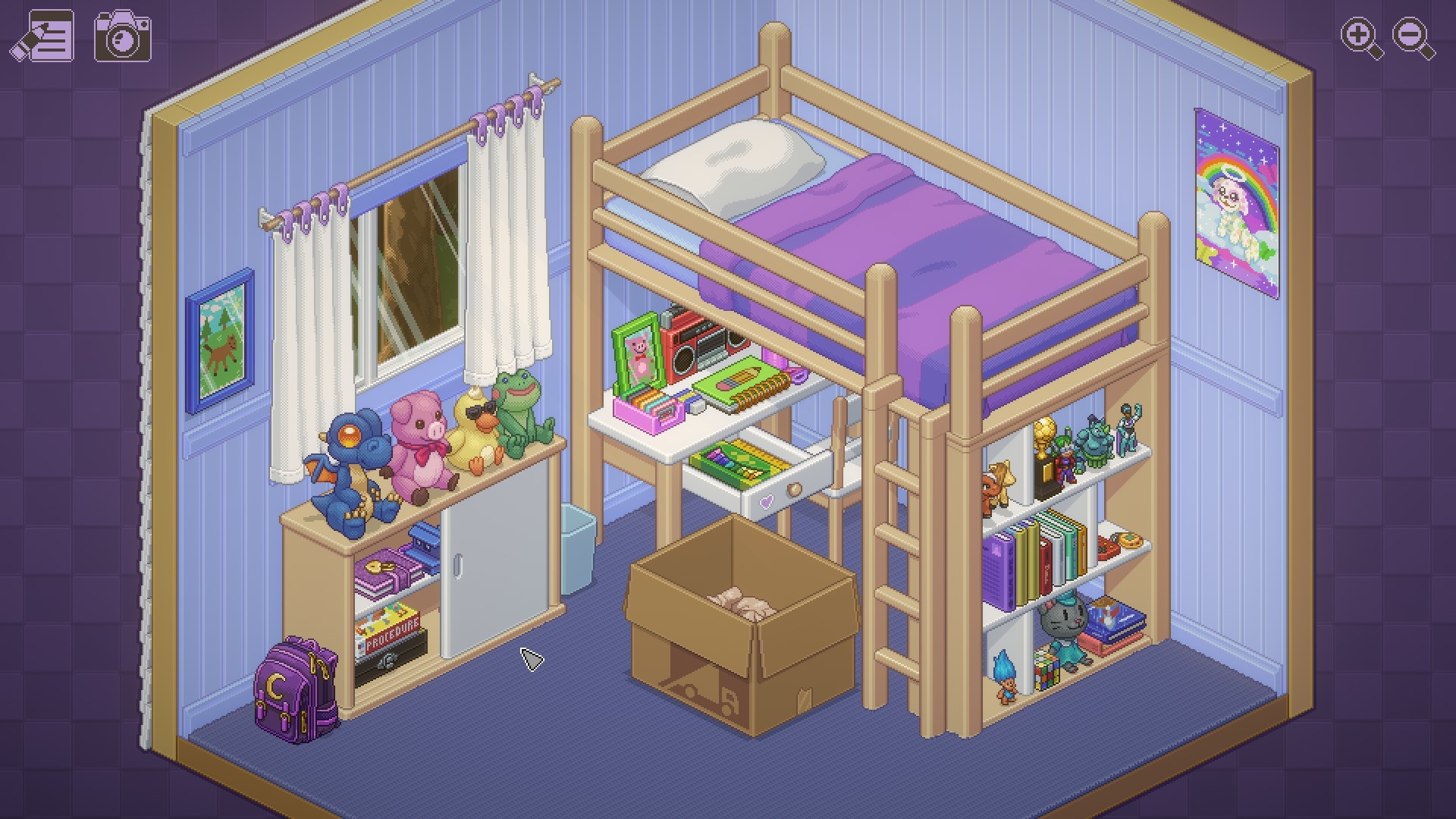 What’s impressive, though, is that while these items are well-detailed as previously mentioned, they never show huge and important details like names, titles or recognizable faces. For the vast majority of the game, you’re pretty much seeing things from a distance, but you can still make out everything important and what it means to our protagonist at this moment in their lives. Part of this may be due to the fact that every item has a certain area that it goes in, and certain items going in certain areas actually says a lot about the current mood, especially when combined with the surroundings. Without going into spoilers, placing one particular item away in a cupboard ended up being a powerful visual, one that also further confirms what the start of the level suggested. It’s all just amazing visual storytelling.

As some of you may have guessed, though, one of the main reasons this review has largely focused on the story so far is that when it comes to the gameplay, there’s not exactly much to talk about. You click on a box to open it, click again to take out an item, rotate it with a right click if needed, then move it around until you find a place it can lock on and be placed down, opening closets, drawers and more for additional space. Repeat until the box is empty and folded away, travel between rooms via map or side arrows when available, and bring items over when needed. There are no changes aside from an increasing number of rooms and different types of items that go in them. 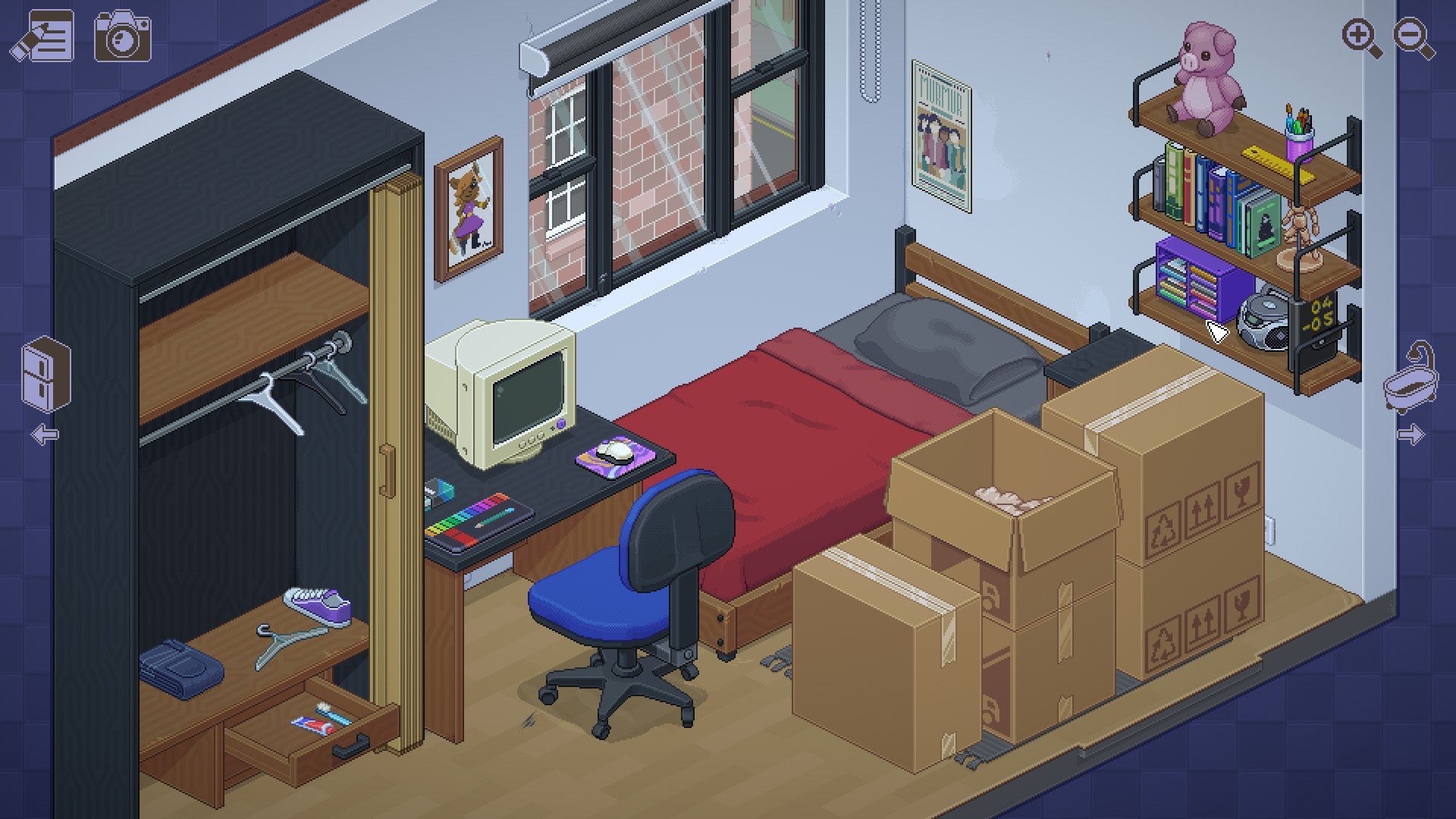 Unpacking doesn’t need any big changes as it progresses, though. Like the best puzzle games, it’s simple, enjoyable and can be surprisingly challenging. You would be shocked to discover that figuring out how to properly put away small appliances and kitchenware can be more difficult than expected when given restrictions. Per its goal, there’s also a terrific feeling of zen to it as you take your time and try to ponder each item’s possible significance and where it would best belong, shuffling bits and pieces around like a small-scale bit of feng shui. Throw in a terrific soundtrack with nice, calming tunes, and you have a game that may only be a few hours long, but ends up being one that, appropriately enough, makes for good memories.

Unpacking is not without its hassles, though. For one thing, sometimes it feels arbitrary when it comes to the specific areas that certain items can go. After you’ve unpacked everything, items in areas where they shouldn’t belong will have glowing red outlines, letting you know that a mistake has been made. And sometimes you can be surprised as to what doesn’t belong, such as when I go though small stuffed animals would make for a cute decoration on a desk. Nope, the game says, they need to go on a shelf. As mentioned earlier, the placement of items can properly tell a story, but sometimes it can too restricting. The soundtrack, while amazing, also has big gaps in between songs, and sometimes unpacked boxes can block off additional areas to access, which was a minor annoyance. But hey, much like the life of our main character, sometimes the journey has a few bumps in the road. 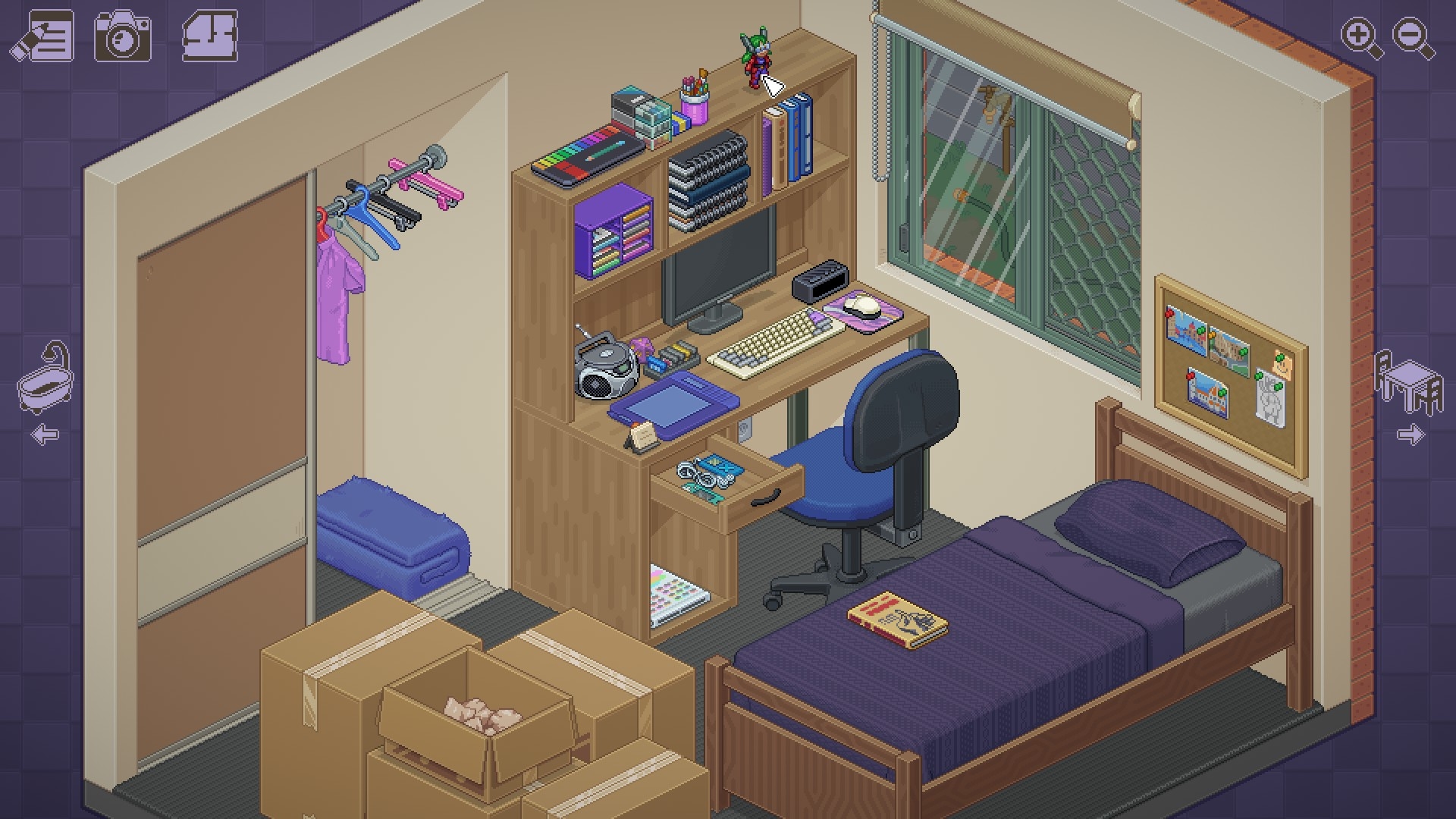 Unpacking is a delightful and charming puzzle game, one that perfectly takes a chore such as moving and perfectly shows how it can highlight the most important parts of our lives, allowing us to reflect upon them and the transitions we go through along the way. It helps that it also has terrific gameplay built around trying to find space by rearranging items as if they were blocks, all while telling a captivating story through each small bit taken out of each box. It’s an impressive little package that you’ll want to dive into.