I once made a wish for more RPG support on Wii, but now I’m wishing that I was a lot more specific with what I meant by “RPG”. While XSeed technically granted my wish, the game in question is Valhalla Knights: Eldar Saga – an extremely frustrating, boring, clunky RPG. I wanted the other kind of RPG.

Before starting the adventure, players have the ability to create a character. Initially the creation options are extremely limited as you must play the game to unlock additional races, jobs, appearance options, and apparently even the female gender. Of the dozen or so faces available at the start, only two or three look any different than the others. I found myself repeatedly cycling back and forth between faces trying to see exactly what was distinctive but to no avail, so I just settled with “completely average face #1”. In addition you can choose your character’s voice – there’s everything from the wildly screaming man, the normally screaming man, the burly screaming man, and the out-of-place female screamer. Naturally I gave my male character the female voice. 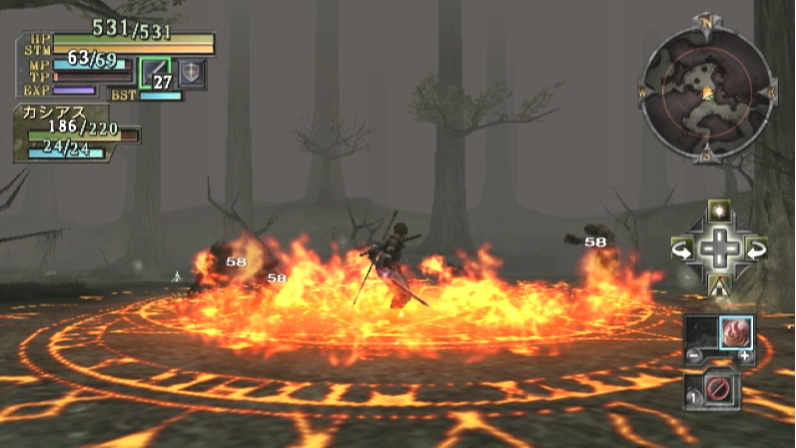 Following the appearance editor are the stats options where you can choose a job from typical RPG affair like warrior, mage, thief, etc., and distribute some stat points. Unfortunately at the beginning the stat points don’t really seem the affect the character much except for the Speed stat which, when full, thankfully made my character less of a geriatric. Finally, you are ready for adventure!

Apparently some asteroids crash into Earth which causes monsters to appear and attack villages. If only there was someone to stop them… oh, it’s you! Or at least I think it’s you. Eldar Saga doesn’t really explain your character’s role or backstory, but it’s safe to assume that where there are monsters, there is a completely ordinary boy with a makeshift mace in his belt destined to save the world.

So after some girl greets you and tells you she has something for you (but she forgot what it is so she just sits back down), you are free to explore the small village. But after you take a single step, it seems that an earthquake suddenly starts! Oh wait, that’s just your obnoxiously loud footsteps. It seriously sounds like your character is shattering ceramic jars with every step, and it even manages to drown out the music. All the other sounds, from screams to sword slashes, are extremely tinny and poorly compressed. Remember how weird the voices and sound effects sounded in Final Fantasy XII? They are beautiful compared to Eldar Saga. Luckily you can turn off all the sounds which isn’t too much of a risk considering the music is surprisingly well-done and fits the medieval period well.

Eventually you are told to do a run-of-the-mill mission of clearing monsters out of a kid’s basement. Turns out they are bunnies, and my god are they hard to kill. It’s not that the bunnies themselves are powerful (although they are apparently vicious enough to make your character gush blood if hit), but the controls are simply horrid and clunky. You have two attacks available – weak swing and strong swing – both of which are executed very feebly. The problem here is that the bunnies are quite fast, so lining up a successful hit on them becomes very tedious. The bad controls become even more apparent as the game goes on and monsters become more of a threat which requires a lot of retreat tactics. Mix in balancing issues and a wonky camera and you’ve got the year’s most unintentionally complicated RPG. 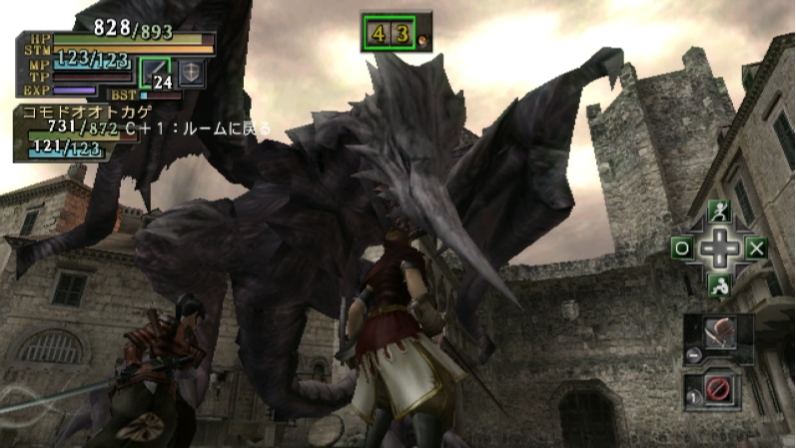 Another problem with the controls is the awkward button configuration. Instead of utilizing every button on the Wiimote, the developers have instead opted to cram as many actions as possible into a few buttons. So not only does B perform the strong attack, but if held down it allows you to access the item menu, or change your weapon, or unleash magic attacks. Other button combinations allow you to perform dances or sit down and rest, or rotate the camera in place. It’s feels very unnecessary, especially when the (+) and (-) buttons aren’t exactly difficult to reach and even the (1) and (2) buttons can be pressed with minimal stretching of the thumb.

Graphically, Eldar Saga is a mixed bag. The environments are detailed and look okay – especially the towns – but the color spectrum has apparently been limited to dull green, grays, and browns. The character models are pretty ugly too, at least up close, but I found the majority of the animations to be respectable. Also, any items you equip – whether it be armor, weapons, or straw hats – will appear on your character.

Eldar Saga may sound pretty bad so far, but there is one aspect I have not touched on: the online co-op multiplayer. The primary purpose of Eldar Saga is to deliver an online RPG experience – which the Wii sorely lacks – and it achieves this fairly well. Sadly, communication is limited to preset text and emoticons (you can make your character’s quote bubble say “…” which is simply genius), but if you find someone who knows what they are doing then there should be no problems tackling quests. Besides, Eldar Saga works solely with friend codes so you chances are you will be playing with people you trust anyway.

However, not everybody has the ability or even cares to play online, so there is a compromise. Since some quests can only be completed when working with a partner, Eldar Saga features a mercenary system so solo players can hire AI partners to go questing with them. Unfortunately, the AI partners are absolute morons and regularly get lost or stuck on environmental hazards like trees and rocks. It feels more like a babysitting simulator than a co-op simulator. 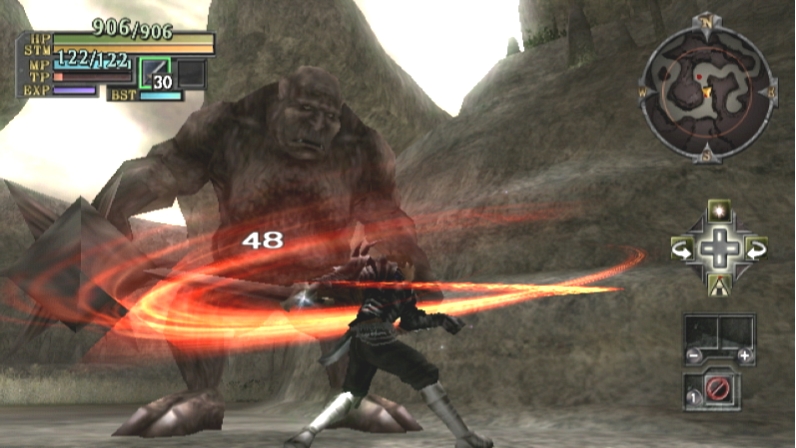 Marvelous has had a hand in some great RPGs in the past – the excellent Rune Factory: Frontier comes to mind – so how Eldar Saga became such a mess is a complete mystery. Everything about it is frustrating: the awkward balancing, the cliche story, the awful sounds, and especially the dreadful controls. If you are considering Valhalla Knights: Eldar Saga at all, chances are you simply want a Wii-exclusive online RPG, and if that’s the case then do yourself a favor and wait for Monster Hunter 3.