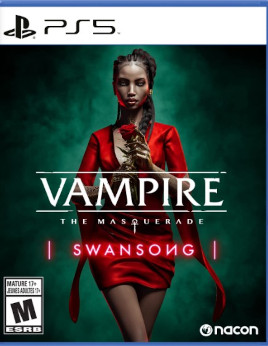 Vampire: The Masquerade is an RPG setting that exists primarily in tabletop or LARP games that has made many forays into the world of video games. Games that rely on dice or paper rock scissors to resolve issues has always had mixed results transitioning into the video game world. The emphasis on role-playing games is, as the name implies, playing the role of a character and having them interact with the fantasy world of the game, and going into the video realm often shifts the emphasis to combat. Vampire: The Masquerade – Swansong tries to keep the emphasis on role playing, which creates an interesting game experience that has hit or miss results.

For the uninitiated, Vampire: The Masquerade takes place in the World of Darkness where humans and vampires live side by side. The Masquerade is the act of vampires hiding their true nature, blending in with human society. Swansong takes place in Boston and follows the events of a vampire sect known as Carmilla. The new prince of Carmilla, Hazel Iverson, has tried to strengthen Carmilla by reuniting the Bostonian vampires with the Hartford sect. This lofty ideal of vampires united in New England doesn’t go exactly to plan and all hell breaks loose. The player is tasked with putting the pieces back together in the wake of a horrific event that destroyed or captured many high ranking members of Carmilla during the attempts at unification.

Swansong has the player assuming the role of three very different protagonists. Each character hails from a different vampiric clan with their own abilities. Each character is roughly a hundred years young, which is still considered wet around the ears for an undead being cursed with the gift of immortality. There is Emem Louis hailing from clan Toerador described as a “seductive Amazon,” Emen came of age during the roaring twenties and would be at home in a jazz club. Galeb is the eldest of the protagonists and of clan Ventrue. Lastly, there’s Malkavian Leysha, who suffers from various mental disorders because that just seems fitting for Malkavians. The player will get to know more details of each character as the story unfolds, but they are introduced following a shooting where they need to begin their detective work as to figure out who the killer is and what was their motive. 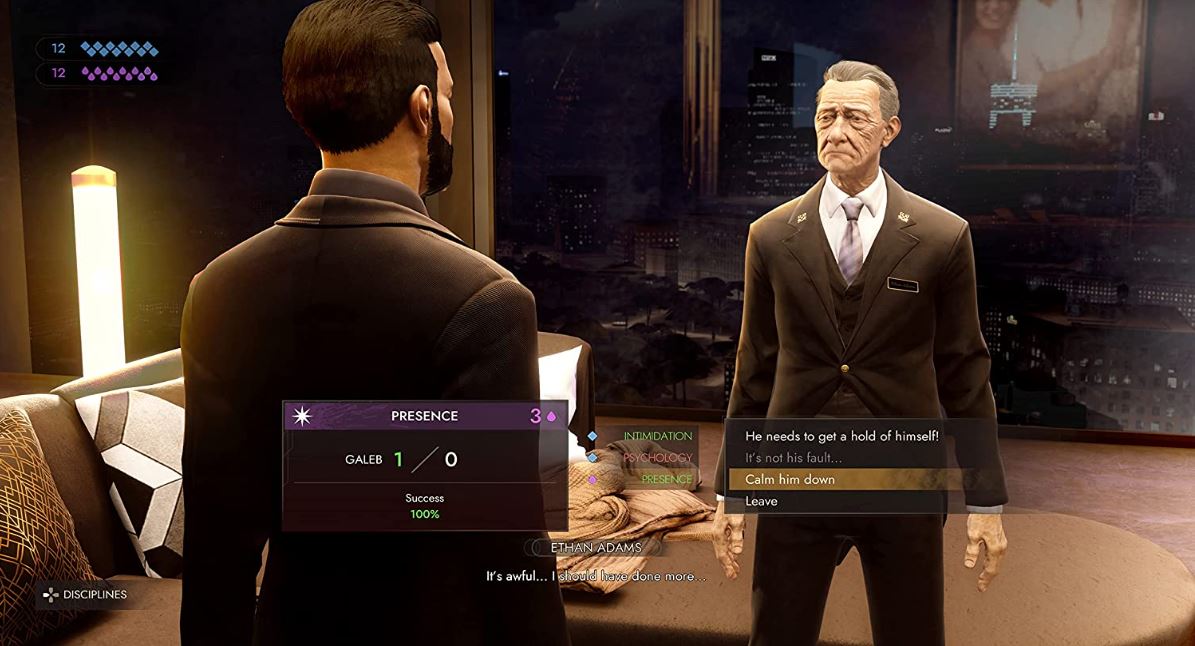 RPGs that put a greater emphasis on storytelling and character development over combat aren’t unheard of, but Swansong takes it even further by not having any combat in the traditional sense. There are other game mechanics that factor into the role-playing element that help make it more engaging. Each protagonist gets confronted with moral choices and the “right” answer is usually not obvious. Some choices are easy to make based on how the player wishes develop their characters, but the lack of being an obvious right or wrong answer opens up the game to be driven by the player’s choices. There are other things to consider as well such as choosing when to use a vampire’s supernatural powers as they don’t want to reveal their nature to humans. Another thing to be mindful of is vampires need to feed, and like real life dietary choices matter. The dining options are human or rat blood. Draining too many humans and having dead follow you around can raise the suspicion of humans or make them fear year, but a more people friendly diet of rat’s blood can lead to being shunned in the vampire community.

Swansong is largely a detective outing, where the trio of vampiric protagonists are trying to piece everything together. There are skill trees and character building elements, but these are all centered around conversation and gathering information. Conversation is an important tool in ascertaining what happened and players can develop their characters to fit their playstyle. Intimidation is a good way to strong arm information out of NPCs, but there are other approaches. Putting points into persuasion could grant the player a silver tongue or perhaps computer hacking might be a more preferred way to get information without having to bother with dealing with other people. 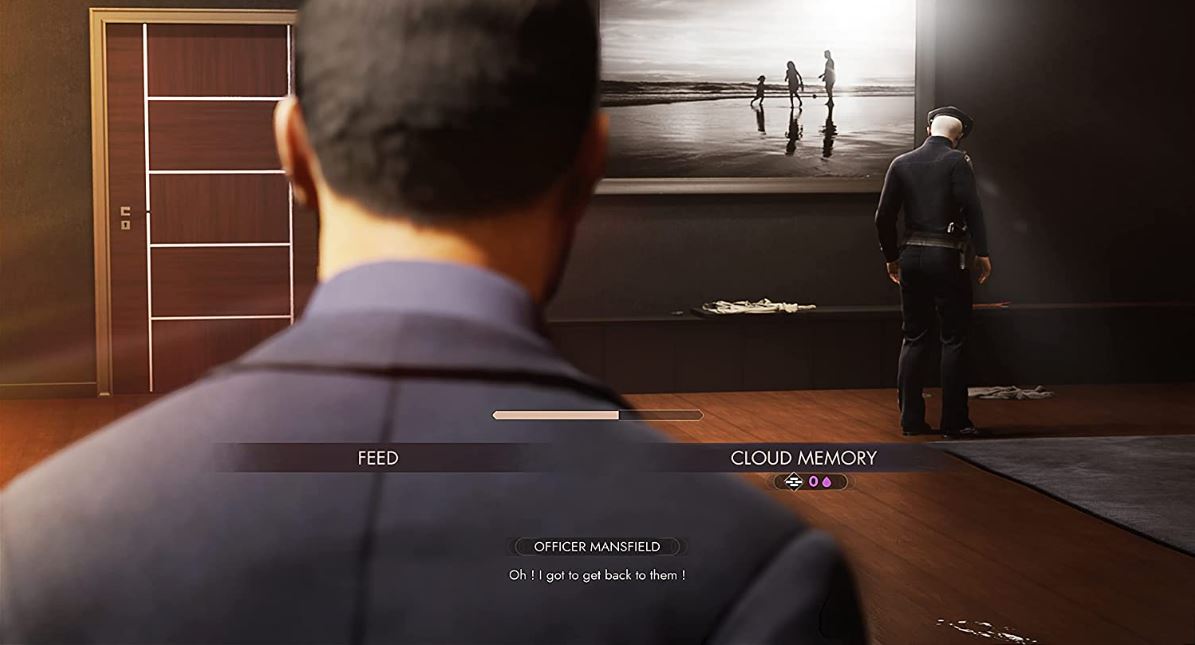 Swansong deserves praise for having a novel approach to its gameplay. So many Vampire games are entirely focused on battle and this one managed to make a passable game while making everything about conversation, investigation and analysis. Unfortunately things don’t always come together in a way that’s completely enjoyable. The attempt at recreating a role-playing experience is weakened by the lackluster script and story, which is a big deficit when dialogue is so important to the gameplay. The voice acting ranges from tolerable to terrible, with many of the NPCs being the worst offenders. Because the dialogue is choice driven, getting the right questions answered and uncovering all the information can result in conversations feeling disjointed and unrealistically repetitive. There are a few puzzles to try to make this feel like a more traditional game, but unfortunately these puzzles are uninspired and tedious. Well-done puzzles can add a layer of satisfaction and serve as a fun break in the monotony. Swansong possesses no such puzzles as these feel like chores that need to vanquished to continue story progression.

The technical aspects of Swansong are just as mixed as the rest of the game. The environments are great, both on a technical graphics quality level and for artistic design. They do a great job of creating the perfect gothic environment for the story they wish to tell. Character models on the other hand aren’t so great. There are problems with the animations and lip sync where it greatly clashes with the quality of the environments. While I can’t speak for all platforms, visual bugs and technical performance issues where common occurrences on PlayStation 5. 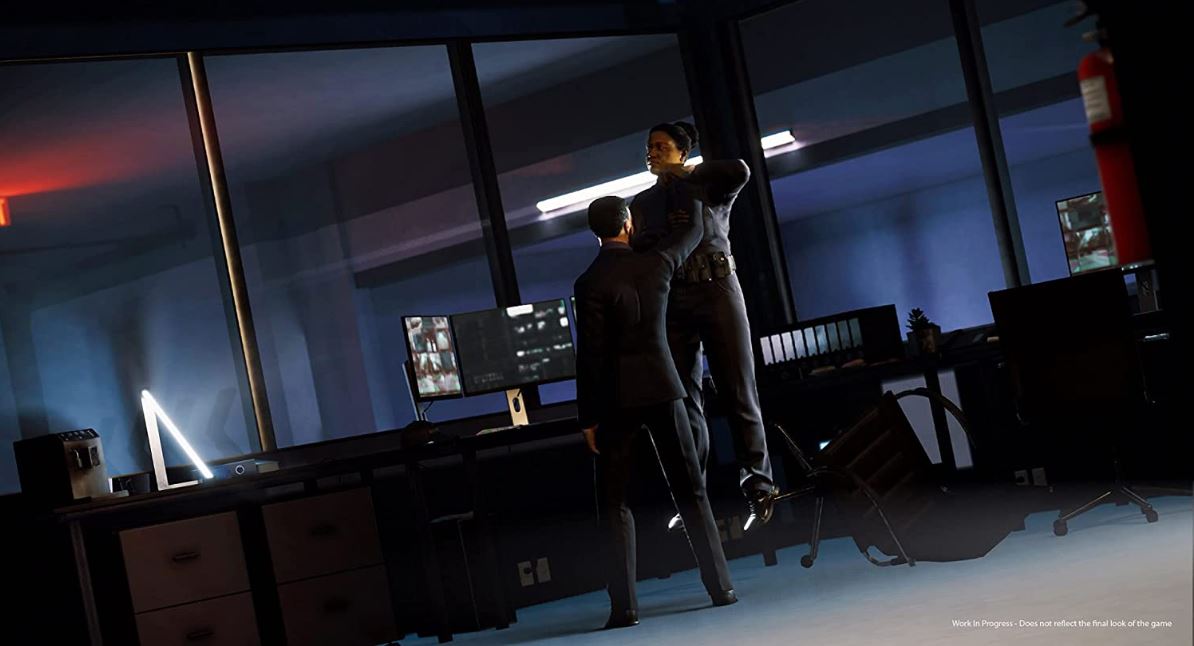 Vampire: The Masquerade – Swansong has players step in the shoes of three different vampires to solve a mystery, building upon the wealth of Vampire lore, but doesn’t have much bite. The approach of making the game be entirely driven by conversation and investigation is an interesting alternative to countless vampire games that are essentially bloodbaths but doesn’t come without concessions. The emphasis on role playing and character choice helps recreate the feel of the tabletop/LARP games, but the poor puzzles and mediocre script hurt the pacing and overall experience. Fans of White Wolf’s World of Darkness will likely appreciate the work that went into bringing the role playing feel to a video game while they work to solve the mystery, but those who want something with a little more action would be best served waiting for Bloodlines 2.