The piñatas are back and they’re just as odd as ever. Viva Piñata: Trouble in Paradise is a reworked version of the original game released in 2006, adding new piñatas and items to use in your garden as well as overhauling some aspects of the original game that just weren’t quite right. It is more of an expansion pack than a true sequel and owners of the original title may not find enough new content to warrant the sticker price, but those who didn’t pick up Rare’s colorful title the first time around will find plenty to enjoy.

In the game you play the role of a gardener and are tasked with first shaping your plot of land to attract nearby wild piñatas, then getting them to mate to produce offspring. On the surface the game is quite simple, but the real dynamic comes in how relatively small your garden is. Careful thought must be put forth into arranging your garden to cater towards various piñatas without wasting any space or resources. Crab piñatas will need sand while others might prefer grass instead, and that’s not even getting into how your bird piñatas may consume all of your caterpillar piñatas for lunch.

To help your garden grow you must plant seeds and then water the plants. Some piñatas may require that they eat a specific number of a plant before they will become resident, and others will require that they eat a different plant before they will be willing to mate using a mating house built especially for their species of piñata. This cycle is a continuous one with the player constantly trying to woo new types of piñatas, whether to complete one of the many challenges the player can choose to undergo or to simply sate their own creativity and curiosity. 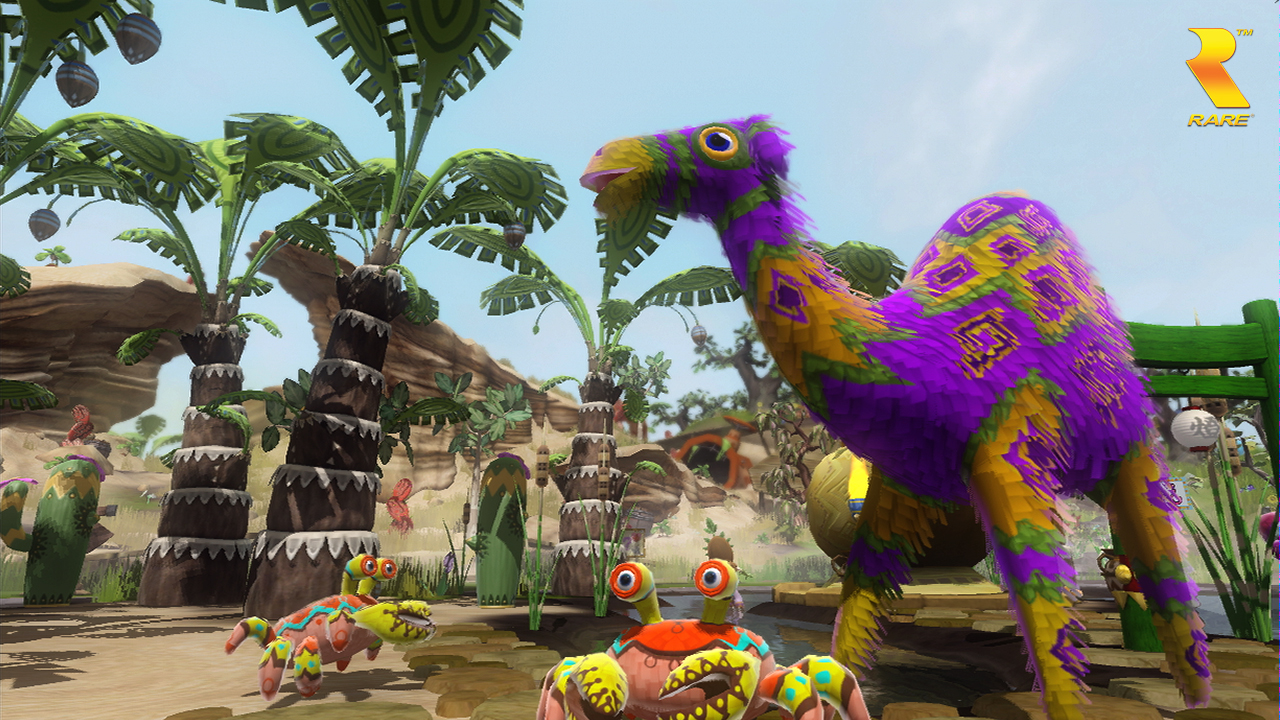 As the player does just about anything in the game they gain gardening experience, and when enough is gained to level up even more items and buildings are made available for purchase at the various stores in the game which helps keep the game fresh. Chocolate coins are the currency of the land, which the player gains by completing challenges or simply selling piñatas and getting paid depending on how happy the piñata is. Money is rarely hard to come by, and usually easily attainable if care is given towards growing the garden and breeding piñata.

The incredibly colorful and cute visuals are back for a second showing, and practically every piñata is not only detailed with their own unique look and mannerisms but is cute to boot. The garden itself is a serene place of your own creation and design, and things such as the passing of day and night or of how a passing airship casts its massive shadow down on your garden as it passes are examples of the detail that the game contains. Humanoid characters are downright creepy looking thanks to their costumes and masks, looking like something the Aztecs would use to scare the crap out of their enemies.

That’s not to say other aspects of the game aren’t equally strange. Breeding piñatas involves a maze-like mini-game that rewards the players with watching the piñatas in question perform a bizarre disco-lit mating dance followed up by a large flying woman delivering the egg. Making piñatas happy fills them with candy, at which point the player can either sell them for profit or beat them with a shovel. This cracks them open, spilling their candy about and immediately causing every nearby piñata to eagerly consume every ounce of candy spilled. It’s presented in a completely innocuous manner and is admittedly unnecessary to play the game, but it is an incredibly odd way to sacrifice one piñata to raise the happiness of others. 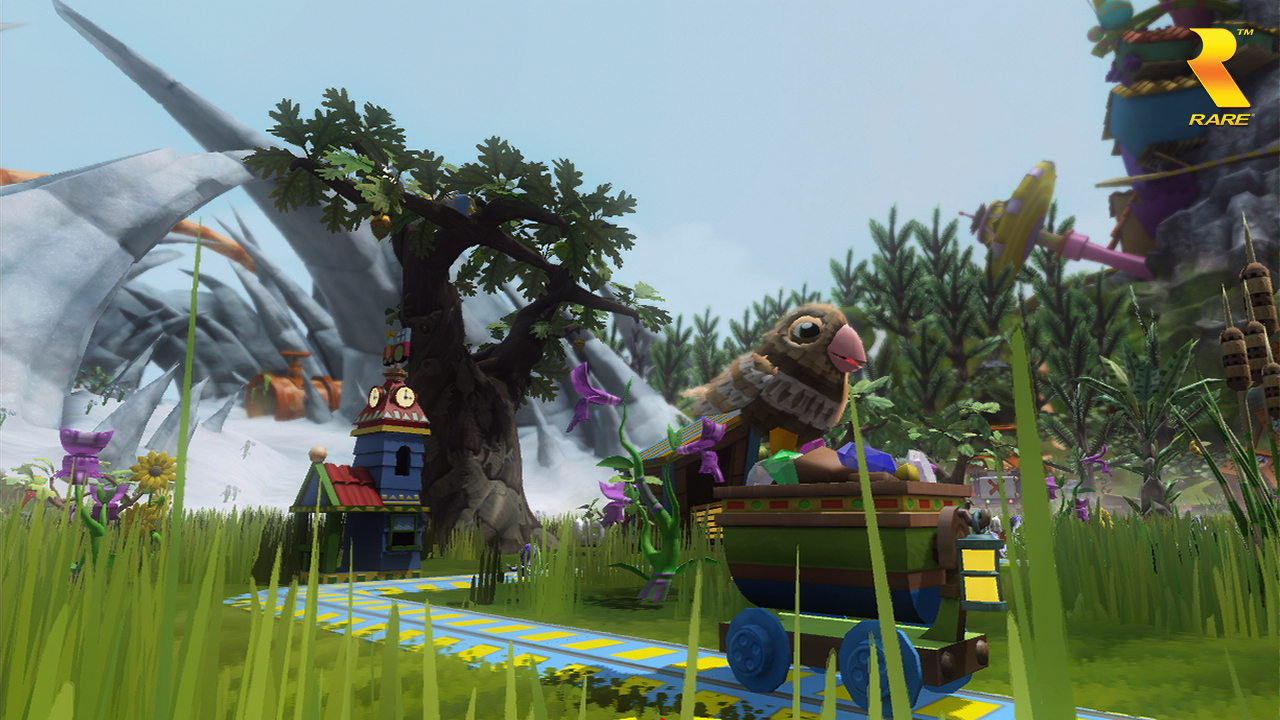 It’s an odd game, but there’s still nothing that it can really be compared to. Viva Piñata: Trouble in Paradise borrows heavily from the original game to the point that to the outside observer they could just as well be one and the same game. The new piñatas spice things up a bit, as well as how now you can go to sandy or snowy areas to catch them with traps. While its similarity to the original game may make its purchase questionable to fans of the series it does a good job of fixing the head-scratching design choices the first game had. It’s cute, approachable by all, and most of all its addicting and creative gameplay can get its hooks in you pretty deep if you let it.