Nearly three years ago, Warriors Orochi 3 hit the Japanese shores to much anticipation. Mashing the two worlds of Samurai Warriors and Dynasty Warriors into one complete and utter crazy, time traveling package, the third installment was met with positive reception. Since then, Omega Force has ported the game to the PlayStation Portable and Wii U, and now that the company is familiar with a new set of platforms, Xbox One and PlayStation 4. Adding additional content to the main game and enhancing the visuals, Warriors Orochi 3 has never looked so strong.

If you’ve played a Dynasty Warriors, Samurai Warriors or Warriors Orochi game in the past, you’ll have a good grasp of what to expect. Square and Triangle (or X and Y for Xbox One owners) will be your best friends as hacking through thousands of soldiers in a single ten minute map won’t have you breaking a sweat. There’s far more to it than just the two buttons, though, as it’s required to go into each mission with three party members in order to switch between mid-battle. There’s also special attacks, linked separations – although it leads to more trouble than good – and a triple attack that inflicts damage to everyone in a certain radius.

Unfortunately, some of the mechanics are feeling a bit dated when compared the latest Dynasty Warriors game as there’s no weapon swapping, nor do officers have weakness that can be exploited with the rock-paper-scissor elemental weapon system. That by no means makes this a poorly designed game as the huge cast of characters ensures that combat will feel fresh, even after slaying the 100,000th enemy, but there are certain features that are missing form a modern Warriors game. It certainly helps, though, that there’s cooperative features tied into the main campaign as it’s an absolute blast to play with friends in all out wars. Overall, the gameplay can be a bit repetitive at times, but thanks to the massive list of warriors to select, it ends up being an addictive experience.

The story mode is the main attraction, allowing gamers to go through a lengthy campaign and collect various characters scattered across the Dynasty and Samurai Warriors universes – not to mention some appearances from other Tecmo Koei franchises. The story is as crazy as it was three years ago as a deadly Hydra creature has appeared out of nowhere and aligned itself with a demon horde looking to take over and destroy the world as we know it. After a battle that only looks to end in disappointment, the three main characters are saved by a Mystic who is looking for a way to fend off the Hydra by any means necessary. This begins the wild campaign of going through time in order to save important figures from Japanese and Chinese history in order to defeat the Hydra. 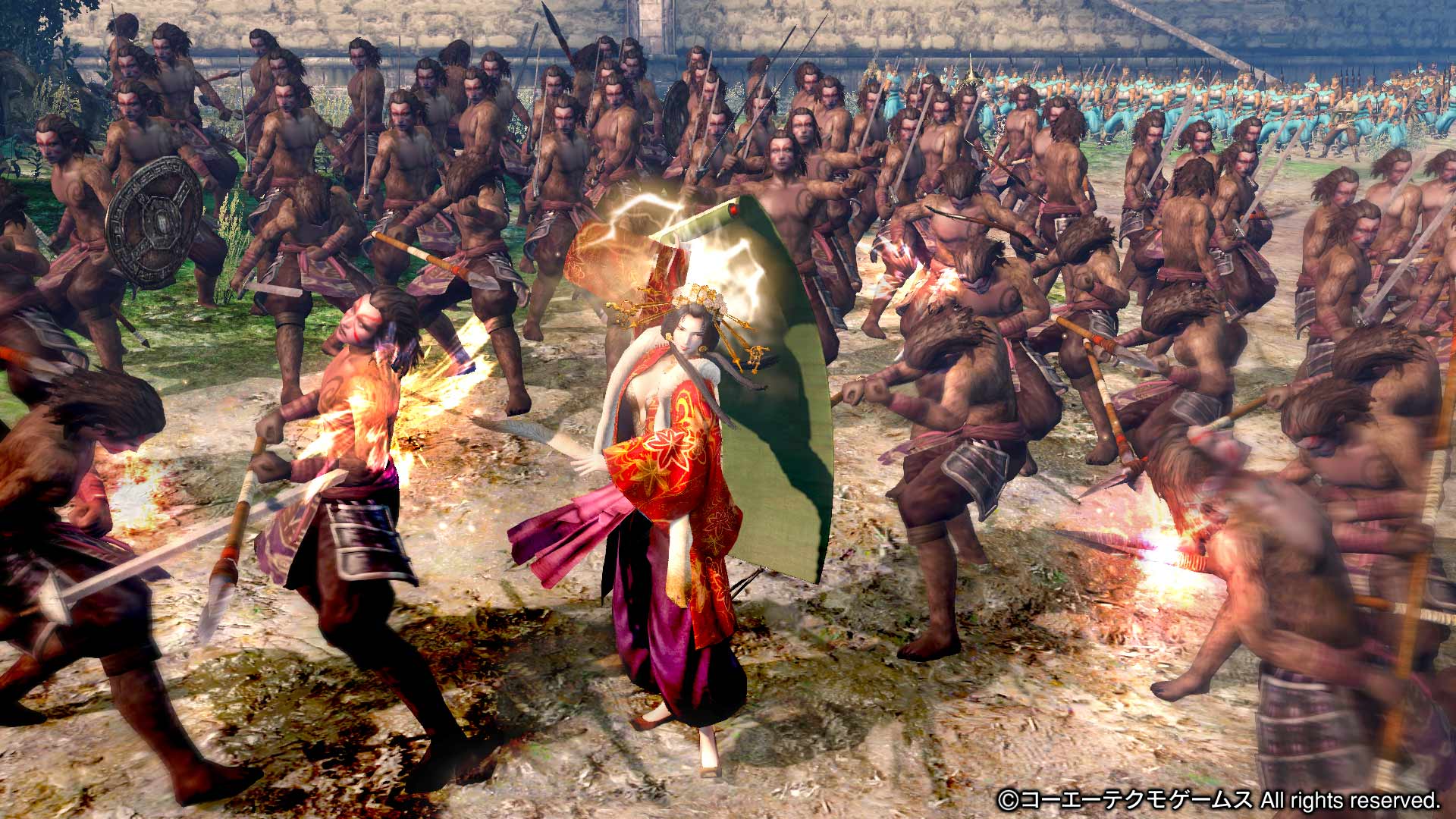 In addition to the main story, a secondary campaign called Gauntlet Mode is available right from the get-go. It’s almost advised that players play this after completing the majority of the story, or at least leveling up a number of characters because this can be an incredibly challenging, putting a group of five in an arena where the map is greyed out. It’s not just the element of darkness but the enemies swarm in just incredible numbers and their strikes have never been harder. Death will be inevitable, although the rewards are worth it, even from defeat. It’s an enjoyable and engaging mode that should have players expanding on their collection of characters.

Another mode called Musou Battlefields allows players to take existing arenas that have been cleared out in the main campaign, and edit them to their liking. This includes adjusting which officers are on the battlefield, the different lines of dialogue that are spoken, the music that will be playing and various other elements. This is an intriguing feature, especially considering players are allowed download others’ maps and evaluate them, but the tools are very limited. Some sort of 3D editing tool, allowing for a complete overhaul of maps would really help flourish this into something special, but right now it’s a lacking feature. Finally, Duel Mode is a three-versus-three battle mode, allowing for combat against the CPU, local multiplayer and online multiplayer. It’s really nothing special as it basically becomes a 3D fighting game, but the survival mode can be challenging as it’s actually a little deeper than expected with the inclusion of equipable cards.

Let’s be clear: this isn’t the current generation Omega Force Warriors game we’ve been looking for. Dynasty Warriors 8: Xtreme Legends was a good start, but Warriors Orochi 3 Ultimate is essentially a rehashed version of the Wii U version. The visuals aren’t anything to gawk over as, while they’re definitely crisper than the previous iterations and character models have a certain smoothness to them, they still include ugly swarms of repetitive enemies and bland environments. With that said, the frame rate has been greatly improved, fluctuating above 30 FPS on a constant basis. Rarely, if ever, did we see anything below that, making this really the smoothest version yet. This certainly helps when things get hectic as no one wants to see their over the top specials move at ten frames per second. It may not be the prettiest current generation game, but it’s a decent stop gap for the series.

Unfortunately, Warriors Orochi 3 Ultimate doesn’t necessarily use all the tools the PlayStation 4 has to offer. The start / pause button is now the touchpad, which can take a little while to get used to, and the recorded Japanese dialogue comes through the DualShock 4’s speakers. While this is a nice touch, I do wish they would have picked one or the other because the audio comes through both the controller and the television, causing a slight echo that becomes distracting in the midst of combat. As for content, this includes virtually everything found in the Wii U Hyper edition plus roughly eight new characters and a couple of new stages. Other than that, this is a visually enhanced port with no major gimmicks. 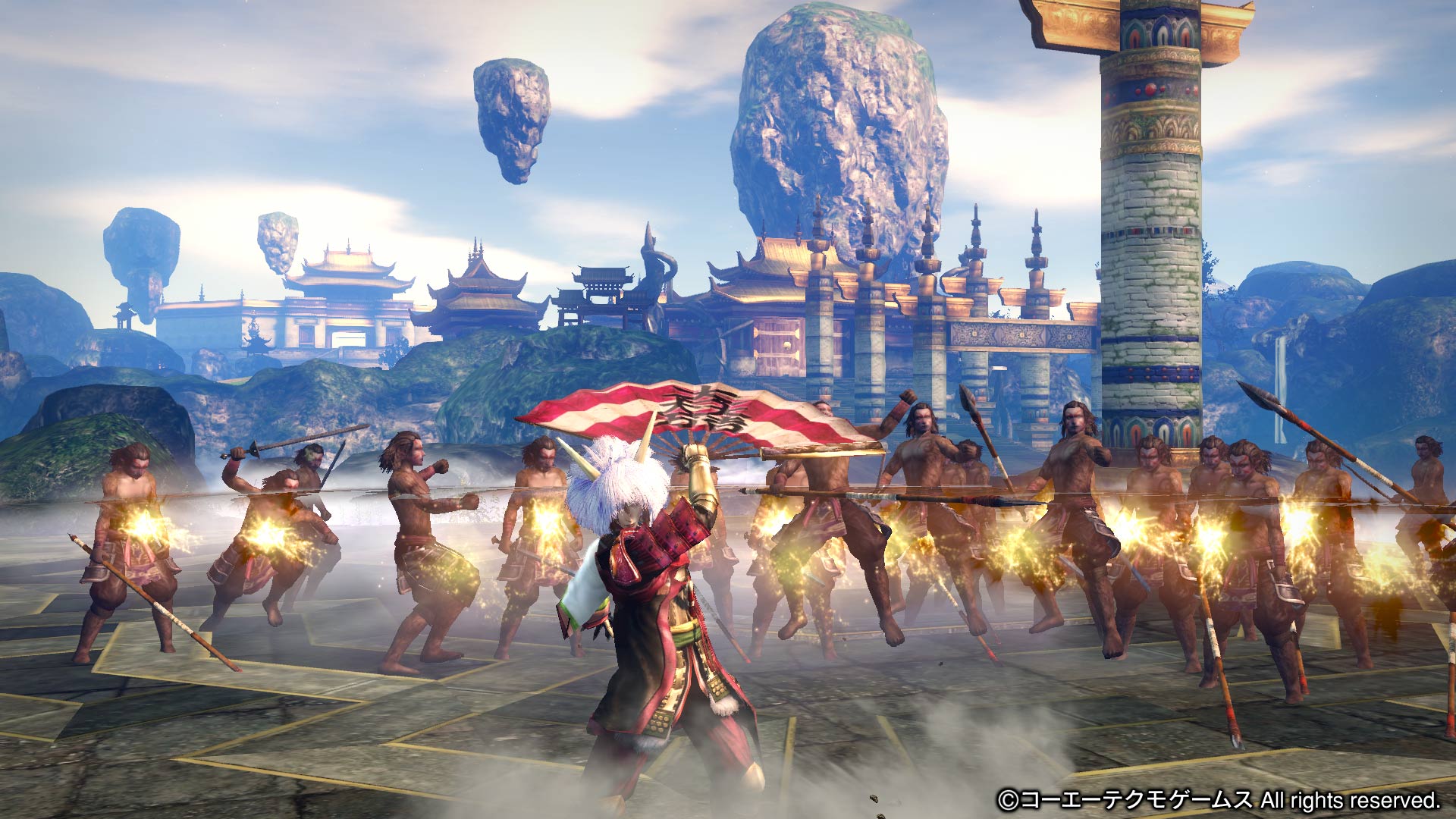 Warriors Orochi 3 Ultimate is purely for the hardcore fans of the series, or newcomers wanting to finally jump in. There’s little incentive to upgrade, especially if you played the the Hyper version in late 2012, but if you’re looking for a fix of one of the best Warriors games available, then this is best solution. With a smooth frame rate and oodles of new content, this is truly the ultimate version. With that said, this isn’t for everyone as, even with its diverse cast of characters, combat can be a bit repetitive if you stick to the same formula, and the outlandish time travelling plot can be confusing. Regardless, Warriors Orochi 3 Ultimate is arguably the best Omega Force developed game available.