Poor Watch Dogs. Had it come out eight months earlier, it would have taken the world by storm and cemented its position as the premier sandbox game. Unfortunately, a little title (with over a billion dollars in sales) called Grand Theft Auto V marched in like ants at a picnic and ruined Ubisoft’s tuna salad. Two years ago, GTAV seemed like the last game Watch Dogs had to worry about. When shown off at E3 2012, it was touted as a revolutionary experience where one could hack anybody and everybody, real world and in-game world, and practically do whatever they want from a cell phone. As it inched closer to release, however, the word “revolutionary” seemed to spring to mind less and less. Now that we’ve finally gotten our hands on Watch Dogs, it’s became clear that it is less a coup de mâitre and more a grandiose adventure emboldened by Grand Theft Auto. Of course, there’s nothing wrong with shrewdly taking a page out of Rockstar’s book, and with the addition of hacking, Watch Dogs manages to do so almost every step of the way.

Players take on the role of Aiden Pearce, a master hacker who botches a major heist and subsequently incurs the wrath of the party he was trying to rip off. In a misguided revenge attempt, a hitman is hired to scare Aiden and his family, murdering his niece in the process. Aiden emerges a changed man, becoming a vigilante who roams the streets to take vengeance against those who wronged him. He hides his identity and speaks in a deep, raspy voice to avoid being profiled. He’s also assisted by an elderly butler every step of the way. Alright, so I made up that last part, but in almost every other way, Aiden is basically cross between a less emotional Batman and a generic male video game protagonist, making him a bland hero difficult to empathize with. Thankfully, the supporting cast is much more interesting, with the standout being Clara, who’s a dead ringer for Lisbeth Salander. 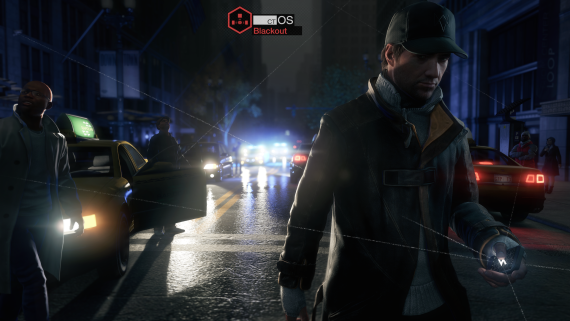 Watch Dogs takes place in an alternate reality Chicago where the city (along with many others) has been taken over by ctOS. Originally intended to securely control the city’s electrical grid, ctOS was expanded to become a super advanced CCTV system. ctOS can monitor not only public cameras, but also anybody’s personal devices including webcams, camera phones and more. People are constantly watched and monitored and control centers build files on every citizen. Instead of making things less vulnerable, however, the system has instead become a harbor for criminals and hackers, allowing them harness its power to control the city at their discretion. Naturally, this is where the major gameplay element of Watch Dogs come into play.

Most of the game — vehicular and on-foot — is based around the concept of hacking. This most prominently comes into play during driving where instead of simply speeding away and hiding like in Grand Theft Auto, the city itself can be utilized to make your escape from baddies. Things that can be hacked include stoplights, bridges, spikes and steam vents. This makes escaping and chasing much more interesting as constant strategy must be utilized to ensure success. Popping a steam vent and disabling a car in pursuit, for instance, is an incredibly fresh and rewarding feeling. To ensure players don’t have the run of the town, they’re given a battery that runs down every time an object is hacked and have to wait for it to replenish before hacking again. 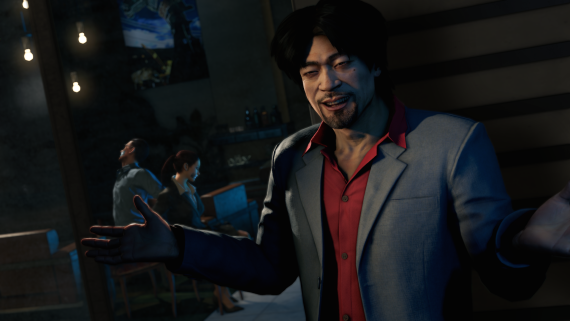 Unfortunately, driving itself is a bit of a let down. The raw mechanics themselves betray the game and handling feels floaty and unnatural. It’s unclear if the developers were attempting to include more realistic driving mechanics, but it leads to an experience that pales in comparison to leading driving games. Thankfully, once you master the mechanics, things become a lot smoother, but they still prohibit the game from becoming a “cruise around and screw around” type of experience. Another issue in driving is the inability to shoot a gun out the window. While this was likely excluded to put focus onto the hacking elements, it’s a feature sorely missed in missions where players have to assassinate somebody who eventually stops their car and starts firing at them.

The other area hacking shines is in the missions themselves. Mission structure is quite varied throughout this lengthy title. Broken up into five acts, Watch Dogs will take about 35 hours to complete if focusing solely on the campaign. There’s over thirty missions and each is substantial and varied. The most common act is breaking into compounds, but the way these are tackled tend to be quite different. Some simply allow players to choose how they accomplish infiltration: stealth or guns blazing. Utilizing stealth is the most rewarding and combines hacking and patience. Enemies can be lured away by hacking objects and creating noise or creating lures that do the same thing. They can also be snuck up on and knocked out, but unfortunately there is no ability to move the bodies and enemies will notice corpses and panic (although it’s not generally a full out alert/search as in most stealth games). 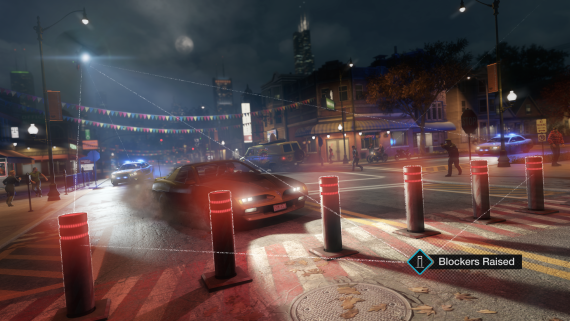 Other infiltration missions utilize hacking exclusively, allowing players to basically become technology, moving from camera to camera, eventually reaching their objective. These are quite ingenious and render the missions somewhat of a puzzle, distancing the game in these moments greatly from others of its kind. Besides infiltrations, missions run the gamut from assassinations to tailing to chasing down criminals on foot. It’s a tight campaign bolstered by an interesting story that can be surprisingly emotional at times.

Of course, this is an open world game, and there’s plenty to do besides the campaign. A substantial amount of the NPCs populating the world can be hacked. This can end up with various results like listening to a phone call, seeing a text conversation (both of which are generally humorous in nature), stealing money that can be accessed from an ATM or triggering side missions. While the humor of the situations plus the cash boost make hacking civilians worth doing, the encounters aren’t as deep as they could have been. For instance, hacking somebody’s call and hearing about an upcoming moment of infidelity and being able to follow them and choose how you intervene would have been neat. Still, the unique character bios make them seem more alive than most NPCs populating game worlds and worth interacting with. 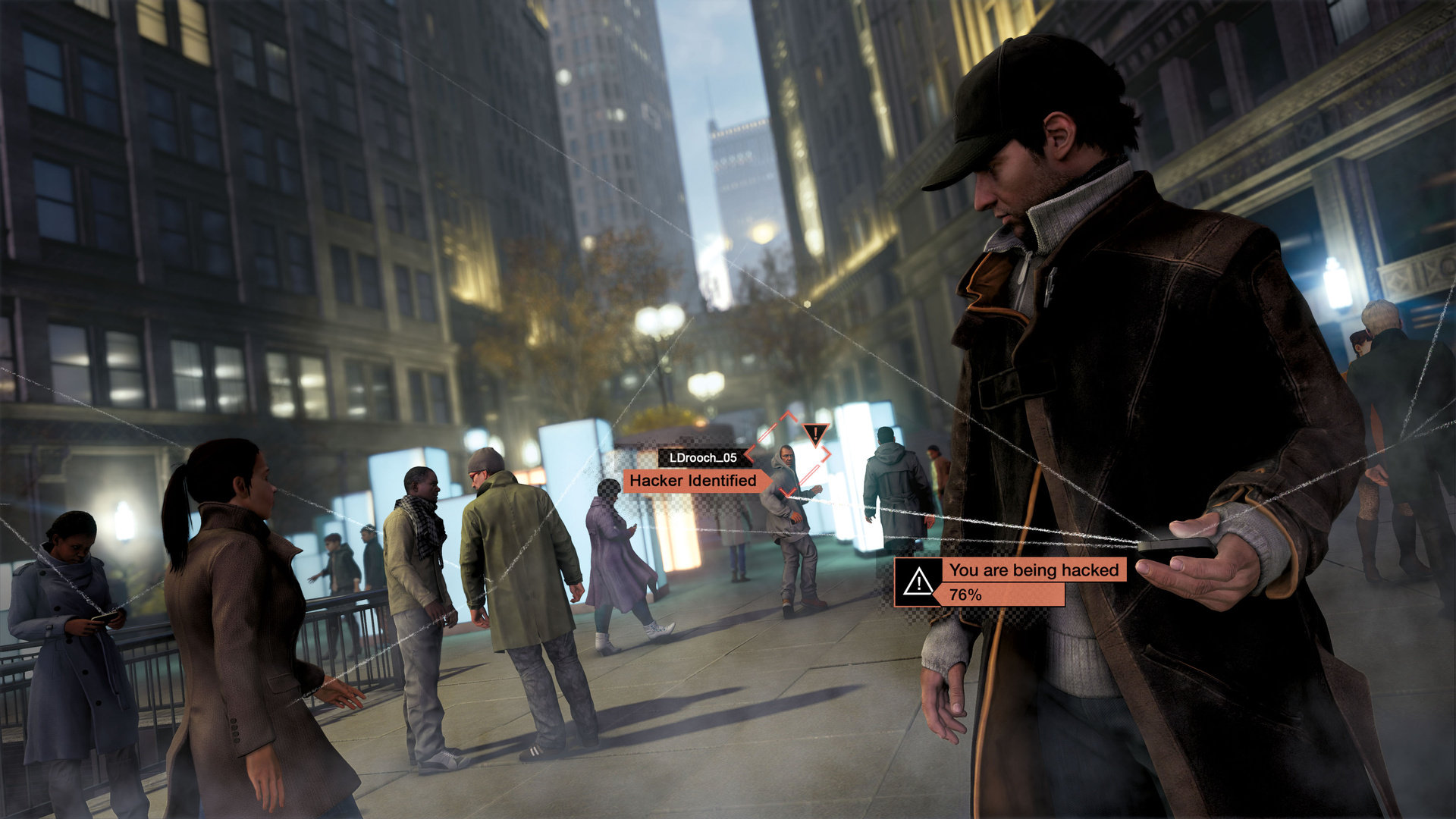 Besides being trigged by random NPC interaction, side missions also persistently appear in the world. These include fixer contracts (Getaway, Interception, Transporter and Decoy) and other criminal exploits like taking down convoys. Most of these are a blast to carry out and make full use out of the available hacks. In Getaway, for instance, players get behind of the wheel of a hot car and have to drive it to a safe location while barraging an onslaught of pursuing police. Criminal Convoys are also a lot of fun and let you take down a (usually) heavily armored vehicle while defending against multiple allies. Of course doing these repeatedly would get old, but there’s enough of them that they could easily occupy tens of hours of time during or after the campaign.

Besides proper side missions, there’s also a lot of goofy things to do in Watch Dogs. One of the most entertaining things are digital trips: drug trips that basically place you into a wacky minigame. There are four trips to play with: Madness, Psychedelic, Alone and Spider-tank. Getting into detail would only ruin their surreality, but know that you can destroy the city as a giant mechanical spider. Yeah, you don’t want to overlook these.

Watch Dogs also draws from the Ubisoft well pretty hard in its ctOS Control Centers and Towers. Towers allow you to synchronize with the surveillance of part of the city and unlocks map markers, while Control Centers are like Outposts in Far Cry 3 and Fortresses in Assassin Creed IV: Black Flag. As these were a fantastic addition to both of those series, they remain a fantastic addition here, adding great infiltration and puzzle elements to the proceedings. It does make the game seem a bit too much like “Open World Ubisoft Franchise #3,” but it’s hard to argue with success. 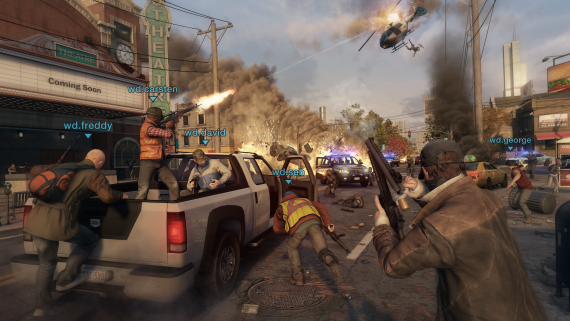 Much of the experience takes place online, where players can invade each other’s games and take part in various missions. Included are Hacking Contracts, Tailing Contracts, Races, Freeroaming and Decryption Contracts. While all prove the be enjoyable modes to varying degrees, the simplest is perhaps the most entertaining. Hacking Contracts allows a you to find another player in order to hack into their phone to install a backdoor, steal the data and escape before you’re found. Harming the mark results in losing the game, so you must remain inconcopious while the data is stolen. This can be done by either simply blending in to a crowd and hoping you’re not found out (the search area gets smaller as the data is accessed) or continue running around dodging the other player. It might seem simple, but it’s actually an interesting cat and mouse game that keeps you addicted for hours.

Visually, Watch Dogs looks fantastic. Framerate is smooth, the environment is highly detailed and crisp and lighting effects are outstanding. Cinematics are the real star here and the up-close details of the cast is incredible. You can see every line in Clara’s tattoos and stubble on Aiden’s face. That being said, there’s nothing graphically innovative here and the visuals are overall comparable to the current-gen versions of Assassin’s Creed IV: Black Flag — gorgeous, but not groundbreaking. On the audio side of things, the music is both a huge accomplishment and a huge letdown. The licensed soundtrack is quite frankly a mess. There’s a noticeable lack of content and it’s a weird blend of practically every musical genre to satisfy everybody. In doing that, they’ve satisfied nobody and there’s only a few standout tracks — Vampire Weekend’s Diane Young and Gemini Club’s Sparklers — among the handful. Not only does it pail in comparison to most racing games, but it’s not even in the same league of Grand Theft Auto, a series that in its last two entities had bands commissioned to write original tracks. Thankfully, the soundtrack is mostly redeemed thanks to a fantastic score from Brian Reitzell, known for his work on TV’s excellent Hannibal. Fans of that show know how well his compositions sustains moodiness and will find the same effect in Watch Dogs with downbeat electronics and droaning synthesizers. 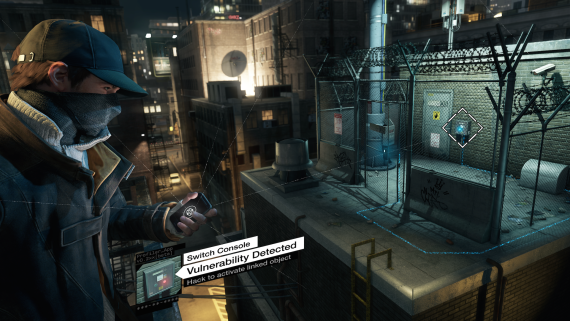 Treated like the Second Coming, Watch Dogs has arrived riding a tidal wave of hype and has turned out not to be a momentous event in gaming, but instead just a great game. In some ways, Ubisoft has done it a disservice by creating expectations it could never live up to, as this is a wholly entertaining experience on its own terms. The campaign is massive and full of enthralling missions, the voice acting and characterization (outside of Aiden) is impeccable and it’s jam packed with enough content to keep gamers satisfied until Grand Theft Auto VI. Ironic, seeing as how Watch Dogs’ biggest shortcomings stem from its inability to distance itself from the series it so clearly was inspired by. When compared to GTAV, the game falls short in most places — notably driving and side-missions. Falling short to one of the games of the generation, however, is still a huge accomplishment and Watch Dogs blazes its own trail by offering the ingenious addition of hacking. With tons of content and a surprising amount of humor, Ubisoft has laid an incredibly solid base with Watch Dogs. It might not be at the top of its class, but it’s a damn fine salutatorian.