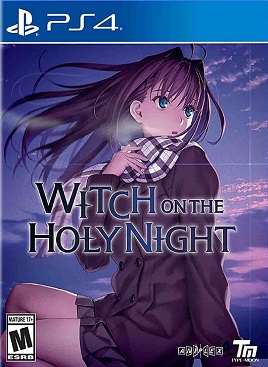 Witch on the Holy Night

To be clear up front, Type-Moon’s Witch on the Holy Night is a visual novel in the strictest sense of the term. Some other titles claiming that genre mantle, such as the Phoenix Wright or Danganronpa series, mix in adventure elements to qualify for the moniker of game. Witch on the Holy Night eschews these trappings in favor of being a digital novel with motion comics elements to create the experience. There are “choices” near the end, but this isn’t an interactive experience. This isn’t a criticism, but it’s pertinent to establish that up front for the unsure. Those who are on board for that type of thing, however, are in for a flawed, but ultimately exhilarating tale.

The story centers around Soujyuro, Aoko and Alice in the recently-built Misaki City in the late ’90s. Soujyuro is a mountain boy, having grown up surviving off the land without electricity or running water. He transfers into the city, poor but willing to work, trying to catch up in school and acclimate to modern society. Aoko is his class president, and is also a practitioner of magecraft, along with her roommate/frenemy Alice. Due to accidentally witnessing magecraft in action, Soujyuro becomes a target for elimination, soon becoming embroiled in a war of the mages for control of the city’s leylines.

While the focus seems like it might be on Soujyuro, that’s because he’s presented as the clueless person who has everything explained to him. The workings of magecraft and magic in this world are well developed. The novel is rife with all sorts of jargon and tools of the mage, and it isn’t afraid to get into the weeds with explaining how things work. While these explanations aren’t overlong, I will admit that I’m not the best when it comes to putting together this mumbo-jumbo, but everything still made sense. 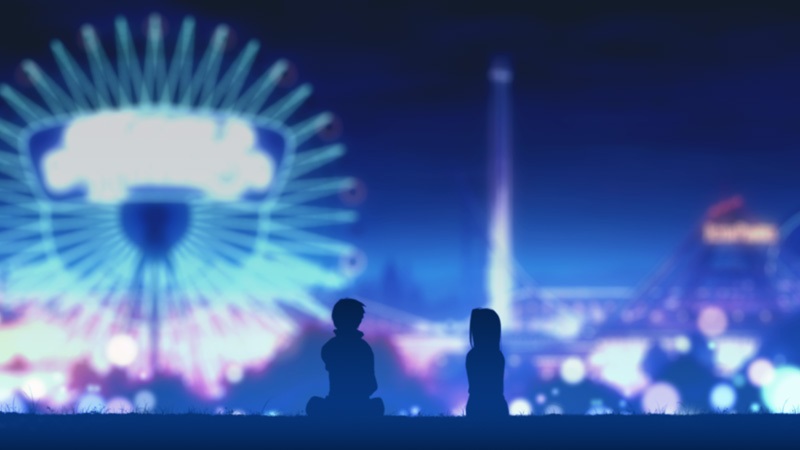 A problem a lot of visual novels tend to have is that they never say in a sentence what can be said across a few hundred words of interminable exposition, something that Witch on the Holy Night can suffer from. While no fault is given for trying to set up how things work with the fantastical elements of the story, there are periods that just drag on. To be honest, the first two hours are a slog. Except for a sad introduction involving dead kitties (my kryptonite) the opening hours establish the characters and does nothing with them, dragging out for longer than necessary. In fact, the novel plays with non-linear narrative to its detriment. Had they left the events in order near the beginning, there would have been a scene establishing some sort of stakes to help pull the reader in.

It doesn’t help that the characters start off tropey. Aoko is the typical tsundere stereotype. Alice is the quiet, aloof one, while Soujyuro is the gormless goof meandering through the world. The story itself doesn’t give a lot to grip onto in the opening hours to help carry it through. Frankly, it could have done with some editing. Once things get going, though, they make up for the drudgery. This is a visual novel, so don’t expect a full blown cartoon to play out between the words, but there’s a level of care in the action. The crests spinning as magical bullets get charged up, the explosions, the tension are all well done, providing enough action with the words to create an exhilarating experience. It’s action packed and shows the characters in a new light. Sure, some of Soujyuro’s motivations don’t make sense during most of the story, but overall, this sequence does better at establishing the world and the characters within it compared to what was supposed to be the set up. 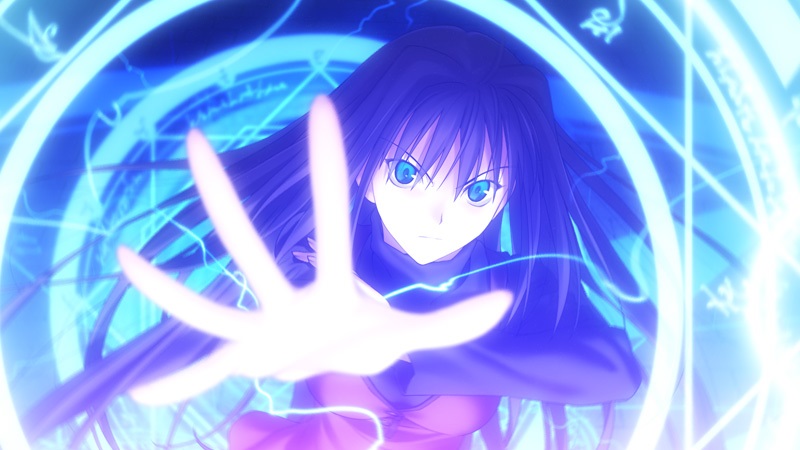 After that part, things do slow down again, but we now have actual stakes in play. From there on out, it’s easy to be interested as the tropes unravel to reveal the deeper characters inside. While people might not like the heroes, this is likely by design. These are meant to be flawed heroes, with the author taking inspiration from Neon Genesis Evangelion, and that series’… unique take on what a protagonist can be. A character action that doesn’t make sense becomes an additional piece to a puzzle that is quietly getting put together without the player noticing. While some things can be predicted, the story does take turns that are surprising and interesting. Actions that might have seemed inscrutable previously make more sense as things unfold. Plus, it can be honestly funny at times. Alice’s disappointment at a missing creature when visiting an aquarium caused me to crack a grin, while some of the sniping and reactions have an honest humor to them, without overdoing it and really trying.

The visuals are rather remarkable and do add to the story. The artists made good use of still life photos of various locations, adding flourishes here and there to keep the anime cohesion whole. With this, places around the mansion, one of the main settings for the story, have a lifelike feel, making for well-done imagery. What stands out is the color choices. Misaki City can look drab in the wintertime, and intentionally so, so that bold colors stand out. Playing on the Switch in handheld mode looks fantastic, despite the lower resolution. On a TV, the Switch still does well, which makes sense since it’s not exactly taxing the hardware, but the visuals seemed sharper on the smaller screen. Reading the PlayStation 4 version on a PS5 does hit a higher level of sharpness, which is expected, but there’s something about having one of these on a portable format.

That is why it’s heartbreaking to report that there is a higher than acceptable amount of typos and errors, especially as the title progresses. Some are mistaken homonyms, such as the word “break” instead of “brake” during a nightmarish bike ride through a cold winter’s night. Other times, there are errant keystrokes or obvious grammatical errors. As this is technically a Christmas title, due to the holiday being the titular Holy Night, my theory is that the person or persons in charge of handling that stuff simply ran out of time before the launch, and it wasn’t smart, business wise, to delay. It’s not a deal breaker, but when words are the primary interaction, it shatters the immersion. 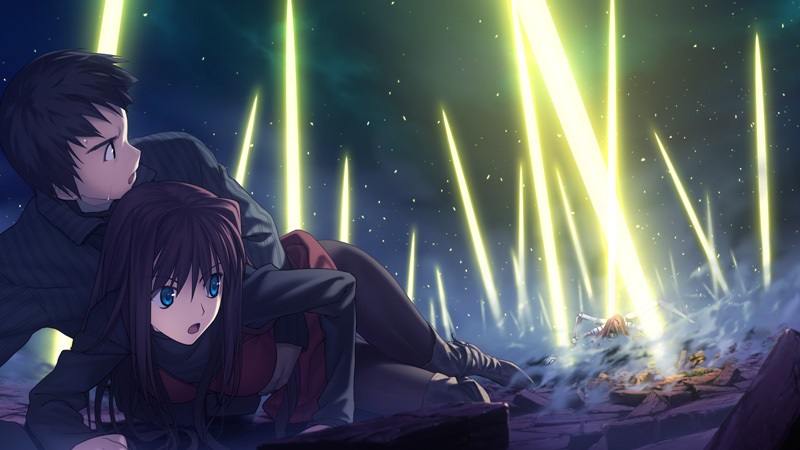 Despite a slow start, Witch on the Holy Night does earn its reading time. It takes well-established character paradigms and works them in fun ways. The limited animations punctuate and accent the words, creating vivid action scenes with color choices that pop. This is a title for kicking back and relaxing, as there isn’t anything happening on the gameplay front. As long as it’s understood that the first couple of hours need to be processed before it gets good, this is one of the better visual novels to come out in recent years. A patch fixing up the text is almost required, but a forgiving reader will find a lot to enjoy here. Witch on the Holy Night is mostly a tale of action, but it mixes in creepy shots and relatable humor, making for a fun, but flawed, romp.