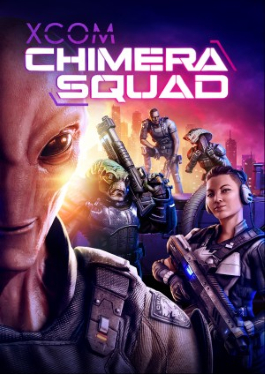 The XCOM series dates back decades and is maybe one of the bigger cult series in existence. The turn-based strategy games have always involved aliens versus humans and a difficulty level that can only make players laugh. The series was revitalized in 2012 thanks to Firaxis Games and 2K. The first two titles since the rebirth were stellar, but had their issues. It came as a huge surprise that just a few weeks ago, not only did Firaxis and 2K announce XCOM: Chimera Squad, it was due to release in short time at a heavily-discounted price. While not the official third game in the series, it plays like it belongs. Chimera Squad advances the gameplay in a lot of ways while other aspects of the XCOM series take a step backwards.

Chimera Squad falls into the revitalized XCOM timeline as the game takes place after humans have won the war for humanity against the aliens. Rather than monitoring separate planets, players will be monitoring and managing areas of City 31. Where as alien threats were the issue in the past, Chimera Squad focuses on area hostility. Gone are the creepy vibes and tense atmosphere that made the previous titles so special. Chimera Squad basically has implemented an under-toned political story here complete with animated newscasts and radio segments. The story is shown off in character art that hasn’t been seen in the series, prior. There’s much more of a futuristic vibe rather than the horror vibe of the past. Players will encounter different species that are all part of one society since City 31 is deemed a peace-haven. Hopefully, the main series returns to its horror-esque roots going forward.

In the past, players would farm new soldiers and create names for these soldiers which added to the charm of the originals. This portion is also gone as Chimera Squad provides a more streamlined experience for the soldiers. The days of having one soldier go beast mode for a while and die unceremoniously are also removed. Instead, players will inherit a team and unlock new soldiers as they progress through the story. The game includes eleven different agents and each has their own set of skills. These soldiers come from various alien races and it truly expands and adds great variety and potential to the gameplay. Leveling up soldiers will allow for new skills to be used on the battlefield, and some will even compliment each other and provide combos to better strategize the battle. 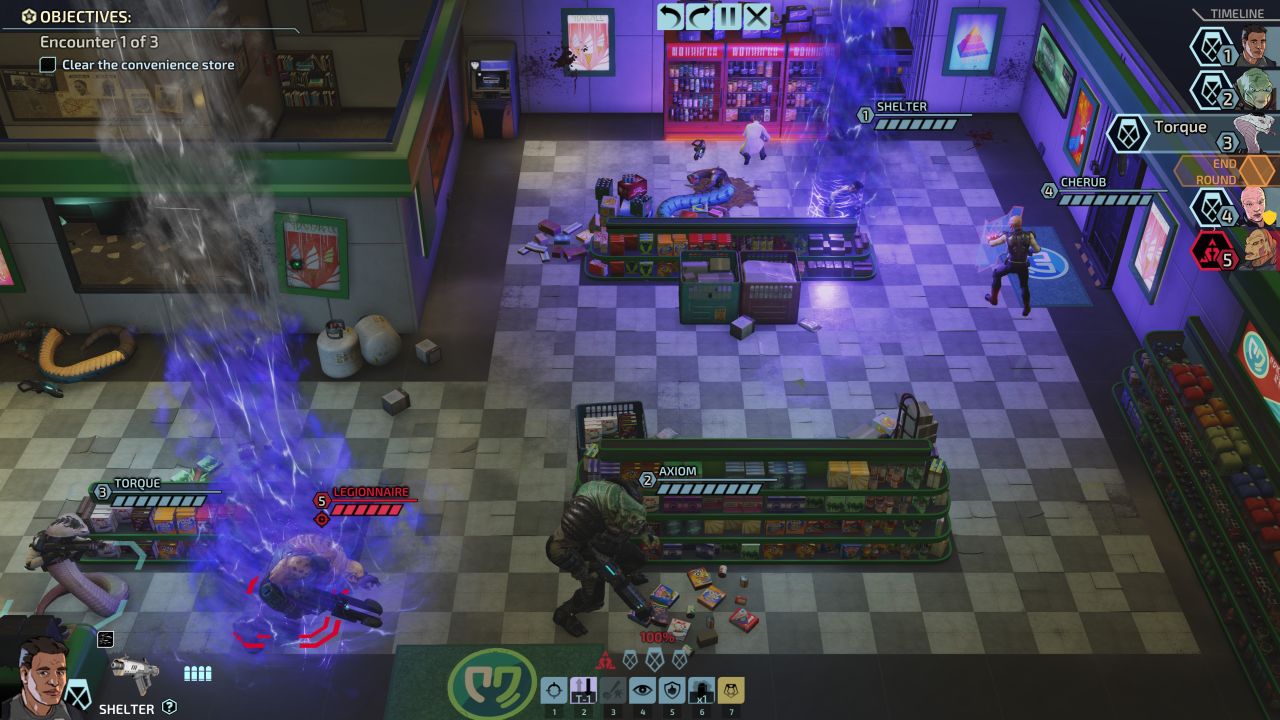 A few mechanics still hold true in Chimera Squad that are seen in previous titles. Soldiers will be assigned to research weapons and technology. This feels like a slower burn in this game as opposed to the past. Players will use credits, elerium and intel to improve various facets of the game. Field Teams are used to help reduce hostility in the city. Side missions can be conducted to further bring down hostility in some areas. Each main mission on the story has a time limit to get accomplished. Managing the game off the battlefield finds the proper balance of simplicity and complexity. Even though new soldiers can’t be created nor customized, it would have been nice to add some more editing options for the soldiers that come in. Armor can be colored and loadouts adjusted.

As for the actual battlefield, the core of the series is intact. Players can now see what turn is coming up for them or the AI. There are certain skills that will allow this to be altered. Players will strategize their movements and actions much like in the past. There is, however, some notable difference. In the past, players would explore the map to uncover enemies but that element of mystery is gone. Players now will breach an area and are provided with a set of situations to choose from. Some of these will vary in less health being lost during the breach or perks such as landing a guaranteed shot or getting an increase in defense. These vary from mission to mission and there may also be multiple breaches in one mission. 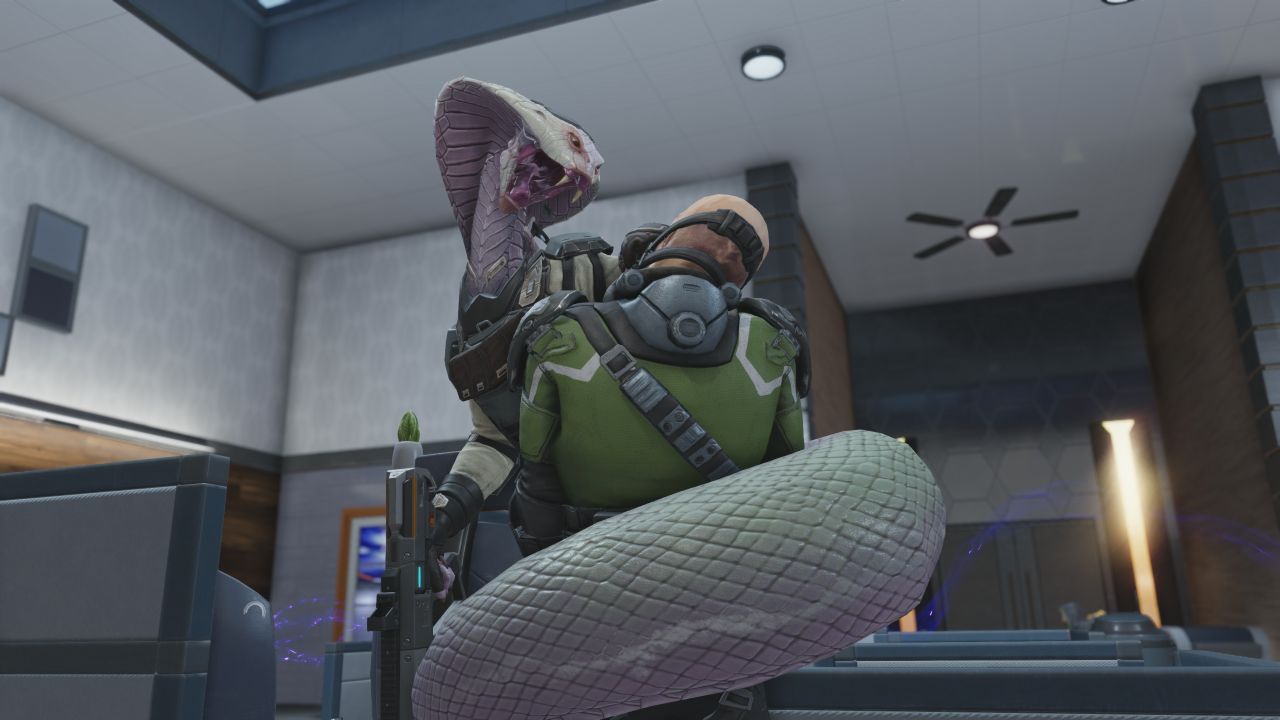 There are a few actions during combat that don’t add up. If a soldier becomes unconscious, another soldier can literally go across the area to stabilize them. Strangely, any downed soldier cannot come back into battle but none of the soldiers officially die. Some of the attacks also allow for extended range. Melee plays a big effect in Chimera Squad as a downed opponent is considered arrested and can net resources whereas killing an opponent nets nothing. For the Brute, he can literally execute a command, but if his Smash is available, can run over an extend the attack. There are just a few elements included that break the XCOM rules. Overall, the combat is streamlined but that does allow for focus on the action.

The difficulty has always stood out as less approachable in the past, but isn’t nearly as bad in Chimera Squad. Before even starting the game, there are difficulty options and a few variables that can be adjusted to make the game more accessible. The game still includes an accuracy chart and a probability of how much damage the opponent will take. I still have been basically two blocks away from opponent with a clear view and only had a 58% chance to hit them. The damage probability tends to lie too. Lastly, while breaching, the game will definitely trick you with what is in the room. Sometimes enemies will be in the way back of the room so they are more difficult to see when choosing the pre-attack during the breach. I have been disappointed a few times by how well I took out enemies during the initial breach just to say this thing is in the back of the room. Chimera Squad does still stick to that difficulty promised from the series, but it isn’t as unapproachable as previous titles. 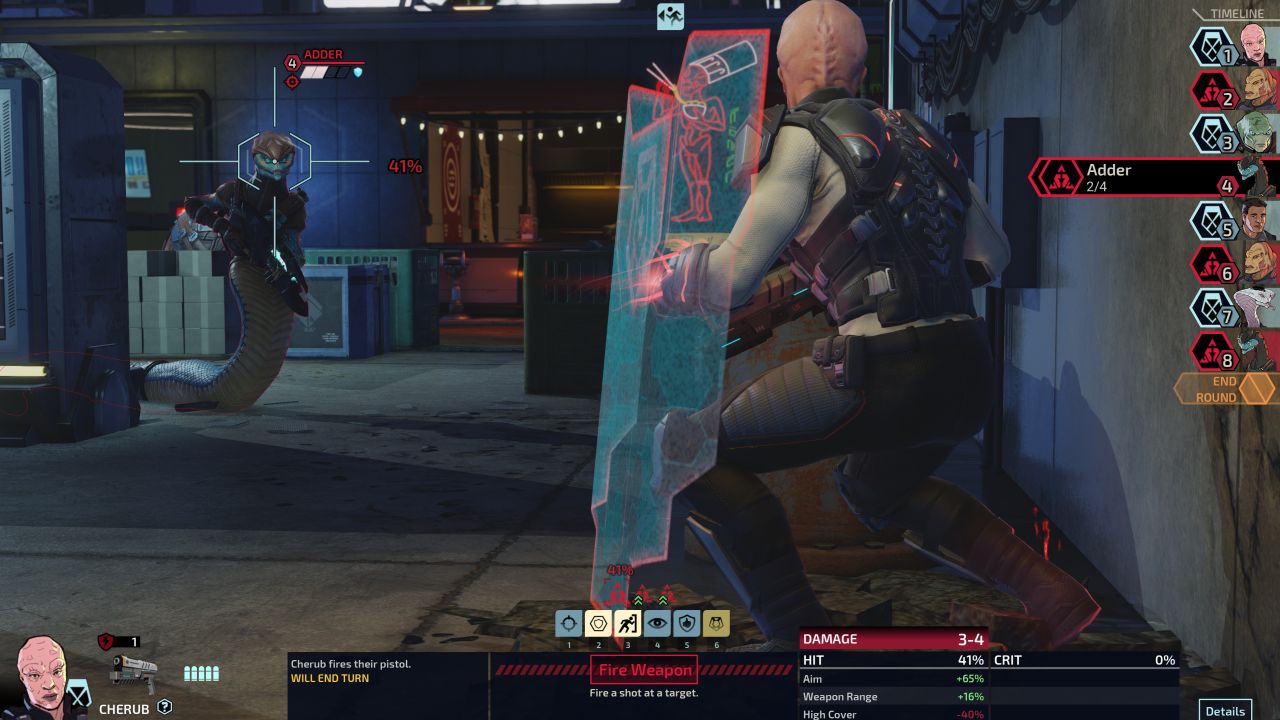 Chimera Squad isn’t a slouch in the visual department, but does leave much to be desired. The game runs the smoothest it has and doesn’t really have the graphical hiccups from the console versions of XCOM. Rather than being dark, most areas show off lighting. It truly does add to a completely different feel for the series. Some environments and objects are destructible which add a better element to not only how the game looks, but how it plays. Player models look solid with the different aliens looking better than the humans. This includes new enemies that haven’t been seen before and also different animations. Chimera Squad makes the most of a graphical engine that remains dated. There are still some clipping issues and other botches, but the fact that it runs so smoothly makes the playability excellent.

The sound in Chimera Squad takes a major back seat. While the human soldiers sound acceptable, the overall voice acting throughout the game is abysmal. The sound quality, itself, is not the issue. The alien voice actors, especially for the teammates, makes absolutely no sense. These are laughably bad and it makes one wonder if going with just text would have been better. There really isn’t any differentiation of music during battle and the song is forgettable. Sound effects from explosions, guns and aliens that can’t speak sound just fine. The voice acting is simply a disaster. 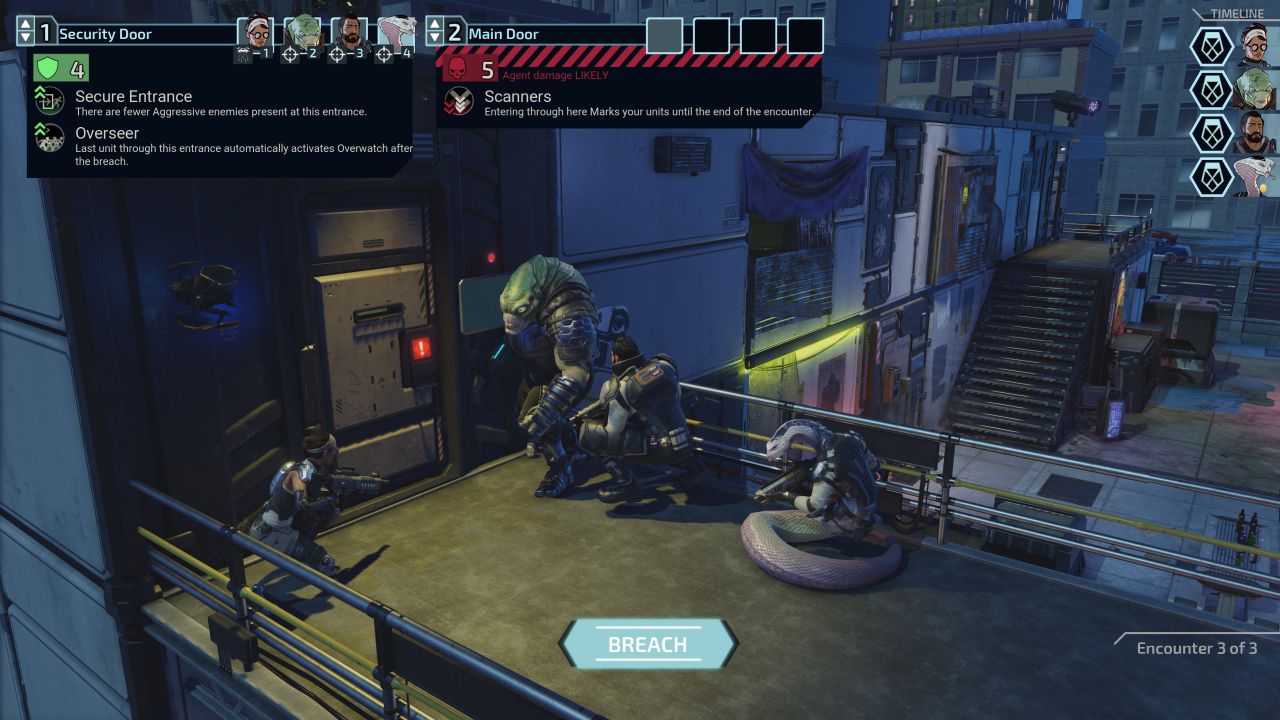 It’s hard to knock a game like XCOM: Chimera Squad considering its price of admission at launch. Full of content and great combat, it’s an absolute must-buy. Content isn’t an issue here as I got plenty of hours out of the gameplay. Sure, some of it will be trial and error since the soldiers don’t officially die and as long as the city doesn’t go into mass hostility, the fun keeps coming. The new combat elements are where the game truly shines with the implementation of special units with specific and unique abilities, which needs to continue in the series going forward. While the game takes place in the official XCOM timeline, it still sits as a side story and its own entity. The political undertone rather than the alien war isn’t preferred, but there’s kudos there for trying something new and not throwing it into XCOM 3. The voice acting is abysmal and there’s no multiplayer option, but it’s hard to complain given the price point. A welcome surprise, XCOM: Chimera Squad plays like a real-time board game and the strategy element pays off.