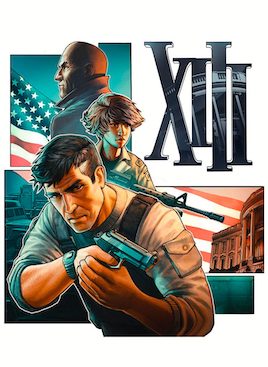 For all the continuing, growing success the PS2 was creating for Sony around the turn of the 21st century — and all the intrigue offered to Microsoft’s Xbox as the new kid on the console block — it’s easy to forget that even if still carrying the mantra of a first-party machine, Nintendo’s then newest piece of hardware, the Gamecube, was still host to opportunities to look beyond the company’s own earnest ensemble of IPs. Even if some were not entirely tied down to the platform alone, games like Burnout, Super Monkey Ball, Soul Calibur II, Tales of Symphonia and Ikaruga were diverse and successful enough for those tied down to a Gamecube to feel anything but deprived of third-party options. When talking specifically about those that were exclusive to the little purple box (least for a time), the Gamecube’s library from launch up to the mid-2000s was, to put a positive spin on things, an interesting time of experimentation, eccentricity, grander concepts and treading of ground Nintendo themselves may not have dared cover.

Some proved successful with titles like Eternal Darkness and Viewtiful Joe breaking from out the perceived, traditional, family-friendly Nintendo mold; some like Killer7 garnering a cult following that still holds to this day; then there was the likes of Geist and P.N.03, different they may have been, not working out in the long-run. An adaptation of previous, established material it may have been, XIII — inspired by the Belgian graphic novel series of the same name — was another one of these games that fell into the occult middle-ground of diversified ideas that may or may not have worked well for everyone on a commercial front. But it was the game’s cel-shaded stylings coupled with its FPS premise that, despite a middling reception, attracted enough for it to be far from one of the many lost causes in the Gamecube’s still-respected library of third-party releases.

Indeed, as far from substantial a property it may seem — a far cry from the Final Fantasys and the Resident Evils of our world — the news of a modern-day remake of XIII, if not one to set the world on fire, was sufficient enough to intrigue those who still remember the original 2003 adaptation’s novel comic book-like stylings. Complete with panel-set cut-aways and onomatopoeia captions. Some of those familiar, visual quirks are here to be found; in much the same way, the cel-shaded coating to your player-character’s hands and weapons are quick to proclaim their presence in a game whose linear set of levels and erratic shifting from one set of weapons to wield to the next, are relatively unchanged. Even still, as little fanfare or commercial visibility XIII initially held, there was still an interest to see how this cult-garnering Gamecube release could stand in 2020. If you’ve even skimmed already-published thoughts or caught even the slightest wind at some of the developer’s own responses post-release, rest assured you already have a fairly rounded conclusion at how things have, sadly, turned out in this case. 2020’s XIII remake is bad; terrible in fact. But it’s only when you go into a little more detail that you see just how far off the mark PlayMagic’s “envisioning” of a cult favorite really is. The word terrible might not cut it in fact. 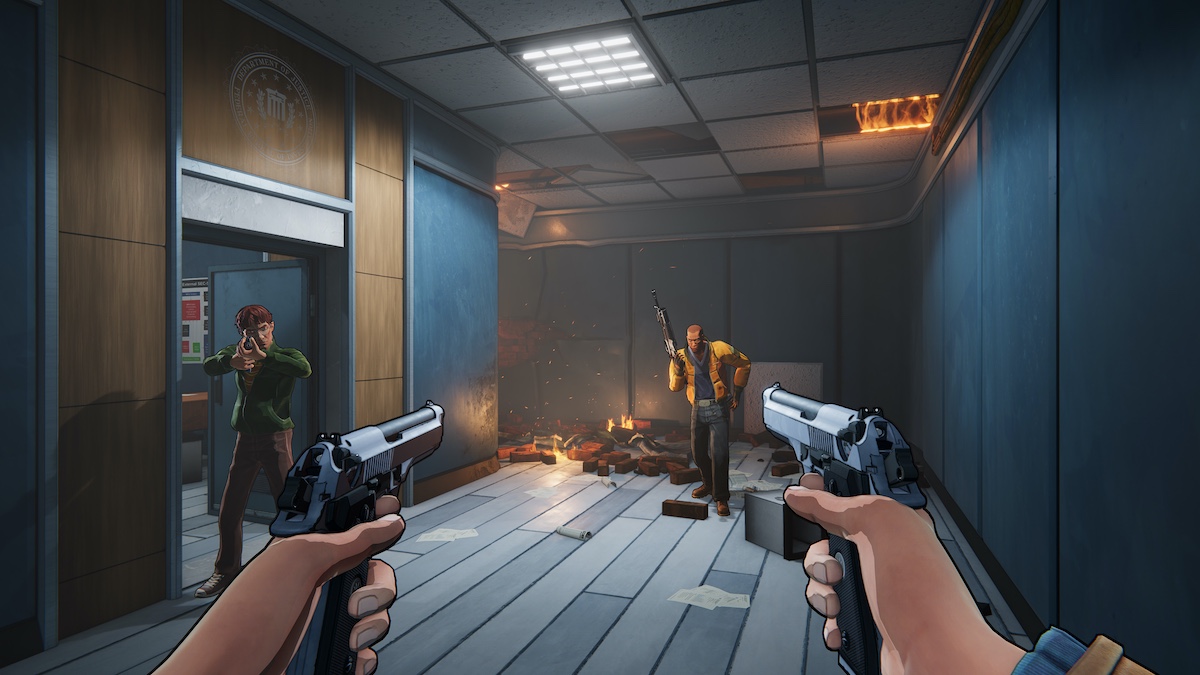 The best (if one can even denote it as such) place to start is probably with the performance; charitable it might have been to not hold as much disdain for it on consoles, XIII‘s quality on PC is bafflingly all over the place. Far from demanding the remake’s simplified aesthetic and near two-decade old retaining of level design is, 2020 XIII struggles to find a sense of consistency in this department. Dipping wildly to below even 30FPS at the most unusual of moments and set-pieces. Moments that you’d assume were not distinctly cut-off or separate from anywhere else; trudging through one of the many linear corridors of such, suddenly halving your frame-rate to then return to some semblance of normality just as quickly. Even with this taken out of the equation, the remake’s general treatment of its production and of the delivery of cutscenes in-between missions — or even just to fill out part of the story — seems shockingly dismissive on top. There’s an unflattering, compressed quality to several moments of the narrative. So much so it feels like you’re watching a low quality stream of what the game actually entails when in reality…no…this is what the game deems satisfactory. It’s not the first instance and it’s certainly not the last in what feels like a remake not so much disrespecting, but rather mistreating its source material.

Perhaps there’s an argument to be had that the original’s design philosophy is itself out-dated; that PlayMagic are essentially in a lose-lose situation here. Whereby appealing to those who want the remake to play out as the original did means an unflattering level of innovation. There possibly is some truth to that — that a lot of XIII‘s level design and geometric rigidness or reliance on corridor structure does eventually show its age in countless ways. But it doesn’t excuse the sheer sloppiness and shallow effort placed in the other parts — parts that can’t be shrugged off as a victim of age or something that’s come before. And if it’s not the exact same, minuscule bundle of sound effects used for all manner of enemies, bad guys and grunts — of varying factions you meet along the way — it’s the lifeless way in which rag-doll animations play out from first confrontation to said enemy’s inevitable demise. A demise which, laughably, looks almost as if it’s playing out in its own, pre-determined frame-rate divorced from that of the rest of the game or your own preferred settings. Much like the visually-compressed cutscenes, XIII feels all the more cobbled together with little cohesion, let alone care, for what’s going on all around. 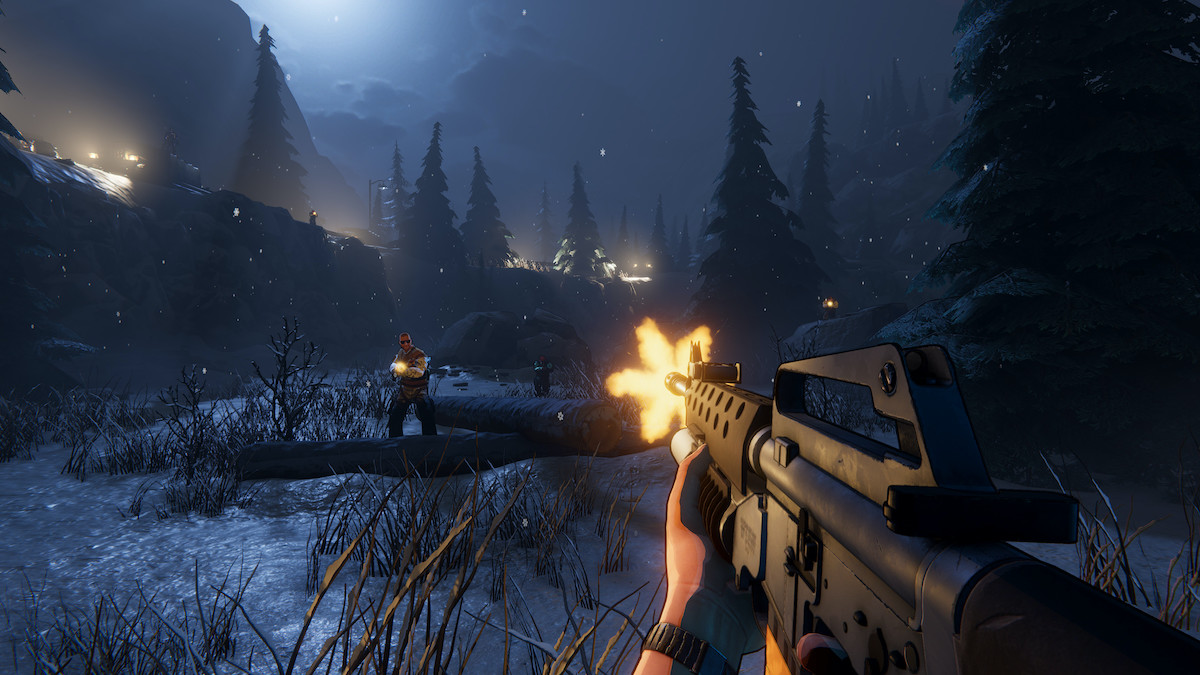 Credible a mentality it may be to try to be faithful to the original, all it does is make the many technical glitches and hapless examples of enemy intelligence — and all the bad cases of animation that pop up — stand out even more. Enemy AI, in moments of implied stealth, struggling to spot you from point blank range; in others, even more bizarrely, dramatically returning to some form of normality having entered an alert state not a few seconds later. And of course, enemies so willingly to turn a corner so you can blast them straight in the face, one after another. That’s something that can’t be put down to or waved away at trying to keep faithful to one thing or another. The number of times one can get in and out of a fire-fight with little concern to one’s health, even if against those wielding something like a shotgun or a long-range rifle. Enemy AI is non-existent in this respect; where Left Alive last year felt like a case of AI possessing seemingly inhuman, supernatural reflexes and awareness alike, XIII is the exact opposite in this regard. Hostiles who just stand about in a gameplay system that appeases neither shooter fans nor those looking for more stealth and strategy.

Providing of course that the gunplay is actually worth investing here, which it sadly is not. Beyond just the blatant lack of punch and responsiveness that weapons have in your possession, you can get away with taking enemies out with your handgun — without ever aiming down the sight — all the while the exact same audio files play out to denote a crying/dying goon. It’s a dull, stale, uneventful slog whose choppy “enemy collapsing and dying” animations and gunplay become so quickly mundane and tiresome to listen to, the amateurish delivery of such moments aren’t even laughable. Many of the remake’s attempts to deliver a set-piece tinged with tension or dramatics or even just having to tactically stealth your way through an area fall by the wayside. One instance of infiltrating a base — making sure you take down enemies before they can activate an alarm — even on regular difficulty are pitifully easy to counter or deal with. So much so you could storm in guns blazing (still firing from the hip may I remind you) and foes will offer more than enough leeway for you to still succeed. 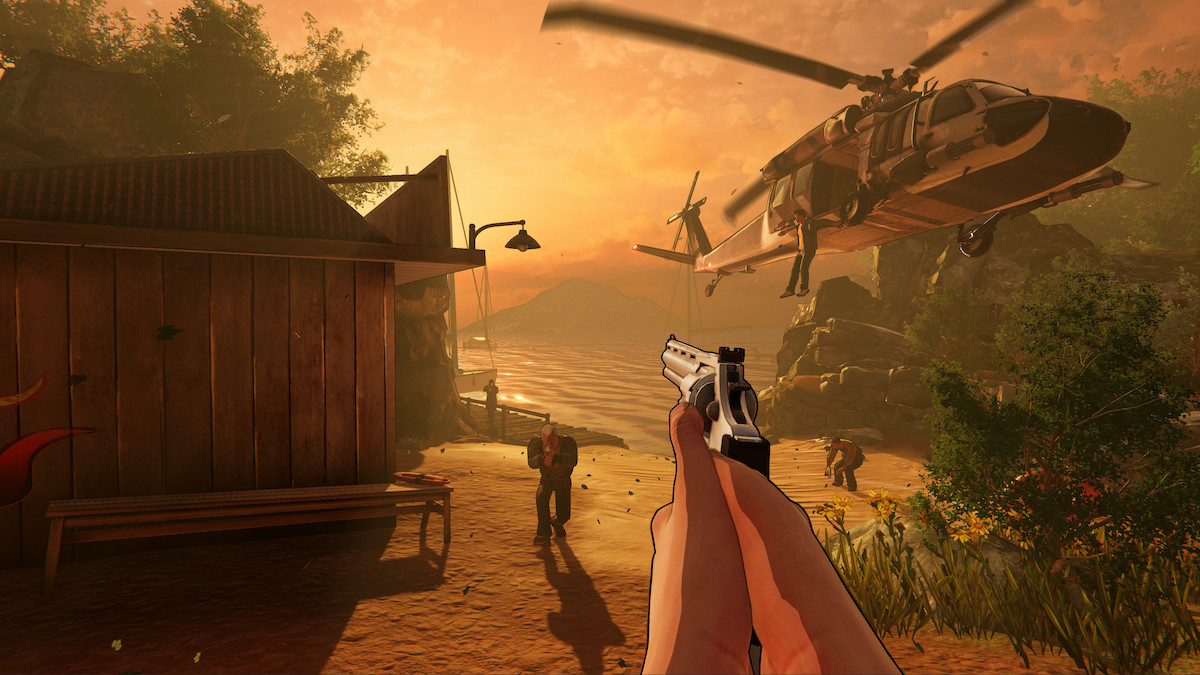 Call it a lack of knowledge on what makes a good stealth sequence or worse, a near-offensive underestimating of a player’s ability, but moments such as these only heighten the tedium that XIII brings. That tedium is only baked further into some of the less-bombastic moments. Moments that should be as basic and as straightforward as they get and yet still find the time to come off as annoying. The animation on unlocking a door requires you standing in a specific point for both animation and action to register together. Reload animations for weapons like the handgun looking too indulgent and over-the-top than for their own good (despite the shotgun seemingly getting straight to the point). Even the appearing/disappearing assets that happen many a time throughout your travels. These can all be read, to some, as nitpicks but added up on a technical level, XIII is far from polished or presentable enough to be considered fluid.

Then of course — perhaps the biggest culprit to players and notably fans of the original release — you have the undoing on some of the cel-shaded aesthetic for this remake. Namely in the character models and how they don’t mesh. Again, it might be a case of PlayMagic having written themselves into a corner — how do you “remake” cel-shaded techniques when cel-shading is a practically ageless visual technique? The answer seems to be to remove it entirely and replace it with an art direction that, if anything, makes the remaining cel-shaded assets feel isolated and even more disjointed with the rest of the game. 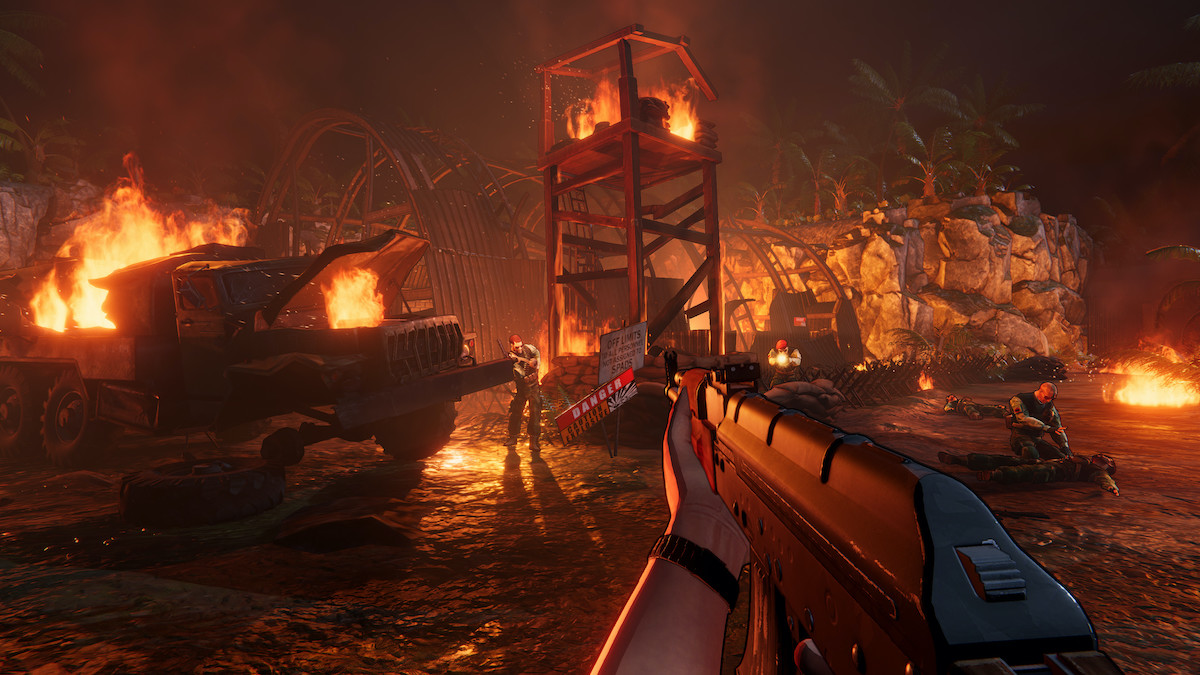 With the brilliant heights that remakes of Resident Evil 2, for example, achieved last year, it felt inevitable that a remake like XIII would stand as the exact opposite result in that regard. Whether or not you’re the type to maybe excuse some of the failings as unanswerable solutions to an aged approach to game design, it doesn’t take away from just how little care and effort PlayMagic have placed in the other departments. Enemy intelligence that’s practically non-existent, an overuse on what seems like a meager, hurriedly-compiled assembly of audio and visual assets. On top of a gunplay premise that looks, sounds and feels objectively worse than that of the 2003 Gamecube original. 2020’s XIII is a broken, buggy and boring rendition of a game long-time fans deserve a better interpretation of.