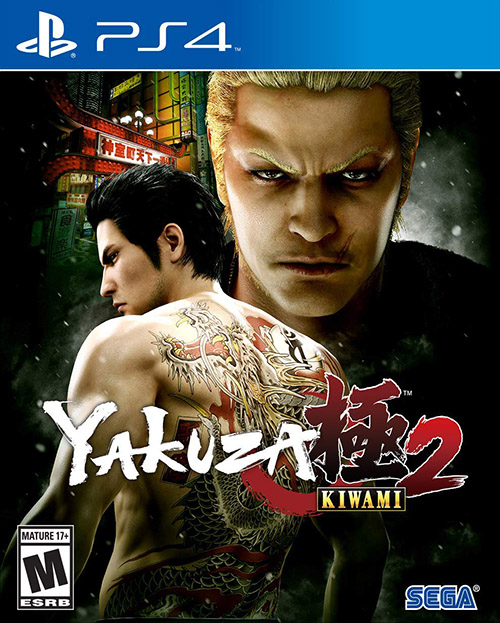 In late 2017 fans were treated to Yakuza Kiwami, a fully-rebuilt version of the original Yakuza. It showed the game in a whole new light and allowed it to not only look better than ever, but feel better too. The original PS2 versions of the Yakuza games were incredible, but hurt by the hardware not being able to live up to the vision of the games. The debut entry was ambitious enough, with its intricate storyline, large cast of characters and many hours of cutscenes to tell their tale. The sequel raised the stakes by telling an even more in-depth story and in a more elaborate way. The first game stayed in Kamurocho, while the second takes things from Kamurocho to Osaka — greatly expanding the world as a whole.

With Kazuma Kiryu saving Haruka from her many pursuers in the first adventure, their bond grows closer. Kiryu and Haruka start things off delivering flowers to their fallen parents before a visit to the graveyard goes awry. They get an unexpected visitor who isn’t exactly unwelcome, but the timing is just wrong and he winds up getting taken out in cold blood. The attackers weave a complex web of deceit and do so while building up trust with Kiryu. Kiryu’s former Tojo Clan wants an alliance with the Oni group, which is itself broken and fractured. The group’s size is too larger for its own good, with various factions fighting for control. The head wants a truce alongside Kiryu, while the younger members may give the appearance of agreeing — but behind his back, want no part of it. The big key early on is that Kiryu believes he has the trust of a few members, only to have to unravel the mystery of why people around him are getting hurt and needing to put the puzzle pieces together to move on.

Much like the original game, Kiryu’s actions may be well-intentioned, but there is quite a bit of collateral damage left. In some cases, it’s a simple matter of him being given just enough information to know that something bad was going to happen, but not enough time to warn anyone or do anything. As if all too often the case with the franchise, it’s usually the events that come out of nowhere that shock Kiryu and the player most. In a world filled with money talking loudly amid a slew of unsavory characters, things can happen at any time. As a player, this keeps you on your toes and you always know major things are about to go down if a character in this series ever asks you “are you ready?” If that’s posed, be sure to stock up on any and all health replenishment items and prepare for battle. 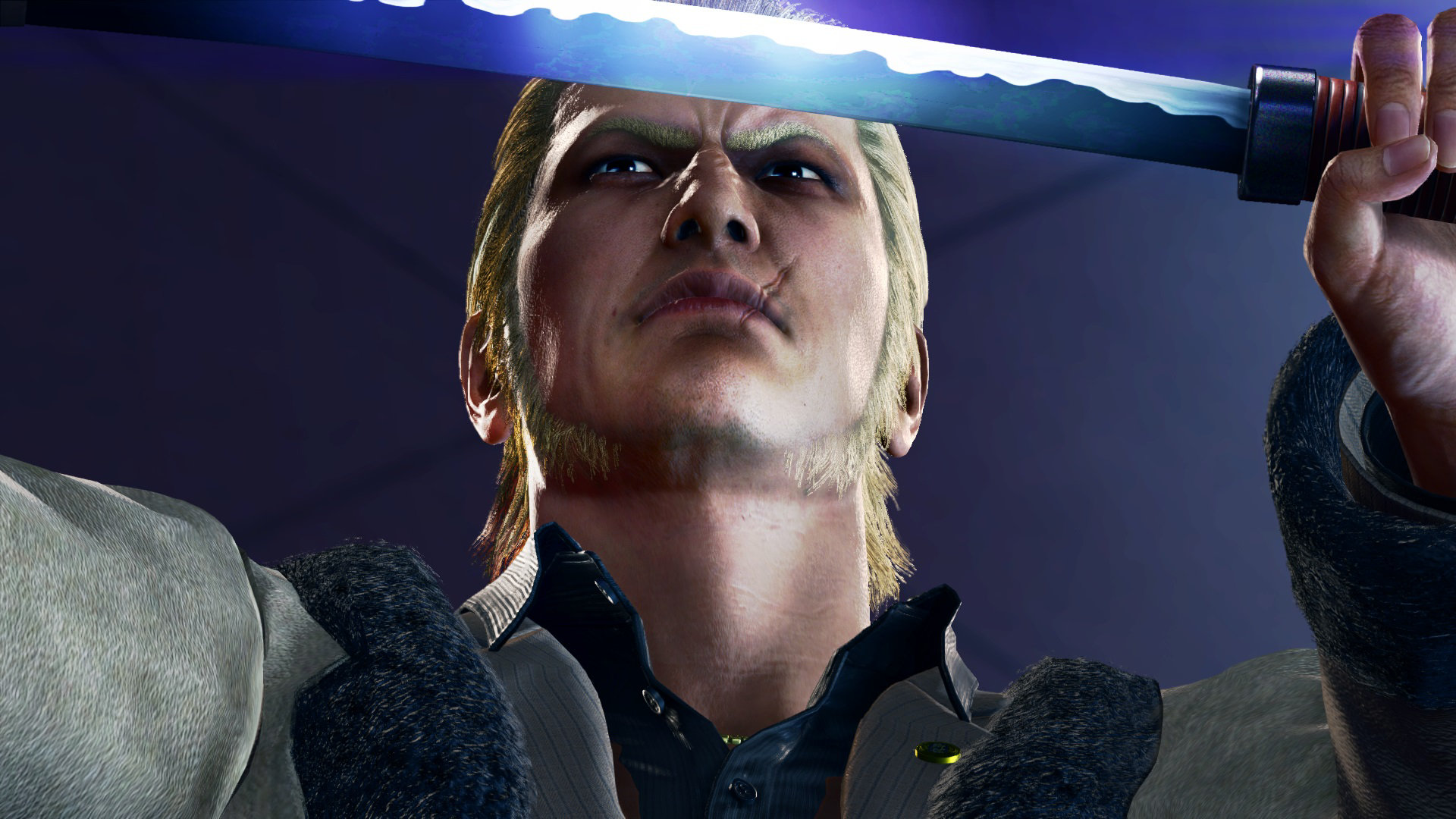 The Dragon engine from Yakuza 6 is used in Kiwami 2 to great effect and results in this being a far smoother-playing experience than Yakuza Kiwami. The Dragon engine simply has a better flow to the combat and uses the environment more organically. While you still have walled-off fighting environments most of the time, you do have the ability to do things like fight up small flights of steps or even through people. The franchise’s usual mix of silly weapons and Heat gauge-centric special attacks remains exciting and keeps combat enjoyable from the beginning of the adventure to the end.

Whether you’re facing one giant boss or a large amount of goons, you have a healthy amount of options to take them out even from the start. The game teaches you the core mechanics in an easy-to-learn manner and weaves the tutorial into the narrative fairly well. Even if this is your first entry in the series, it’s easy to catch up thanks to this and also the extensive recap of the first game’s events that are optional but recommended. Even if you have played through the first game before, it does have many layers to it and it’s easy to forget a few things. Keeping players informed of the goings-on of prior games is something the Yakuza games have always done well and it makes this entry a great one to start with.

The core combat is a lot of fun and allows you to kick all sorts of ass in many ways. Beyond punches and kicks, you have a ton of environmental pieces to use. Sure, you throw people through windows at points, but that only scratches the surface. You’re able to beat people up with all manner of items in the world — including signs, bikes and anything you can find in battle. If an enemy drops a gun, grab it and use it as you wish. If you use it wisely, you should be able to take out enemies quickly and then keep it in your d-pad items available whenever you need it. The game is user-friendly when it comes to combat and that extends to the world as a whole. 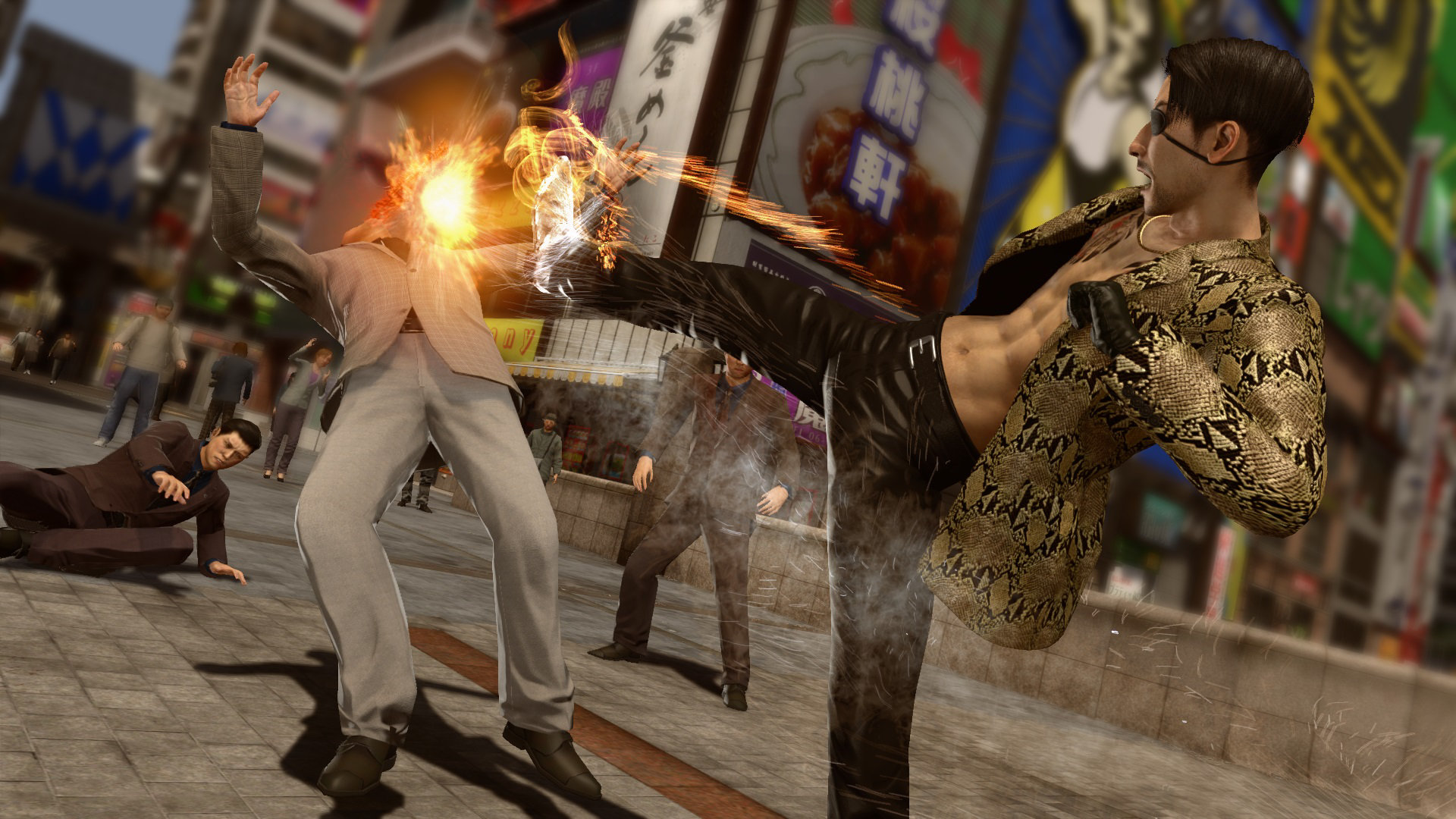 If you want to treat this as a life simulator, you can to some degree too. While the Shenmue series may have captured the slice of life motif better overall, Yakuza blends in real-world needs better. Eating allows Kiryu to have more energy and run for longer periods of time. In one of the most amusing bits, you can even use a device called a Toylet to aid in urinary needs and literally win a pissing contest in a game. Kiwami 2 features a great lineup of arcade games, including Virtua Fighter 2 and an arcade-perfect version of Virtual On as well — which plays like an absolute dream with the dual stick setup of modern controllers.

Visually, Yakiza Kiwami 2 looks gorgeous. The Dragon engine allows for the best-looking character models to date — especially when it comes to the outfits for the characters. On the PS2 version, suits had to be simplified and now you can see what the developers always wanted. As is the norm with the series, there is a bit of jankiness with the animation and collision detection. It doesn’t hurt the game though as it doesn’t affect you in battle — you just wind up landing more strikes than you would have hit 100% flush visually. The environments also shine brightly, with a high level of detail and a lot of little flourishes — especially with lighting. There are some issues with lower-res textures being used for text on signs at times, but it’s rarely visible and doesn’t hurt the experience.

Musically, Yakuza Kiwami 2 features some of the most impactful songs in the series. Beyond silly tracks like the ones used for side missions or clubs, you have a dramatic score that is right in line with what you would expect from a Japanese crime drama. The overall sound design fills in things like pauses in a vocal performance to give you clues about a character while also making attacks and fights seem powerful. 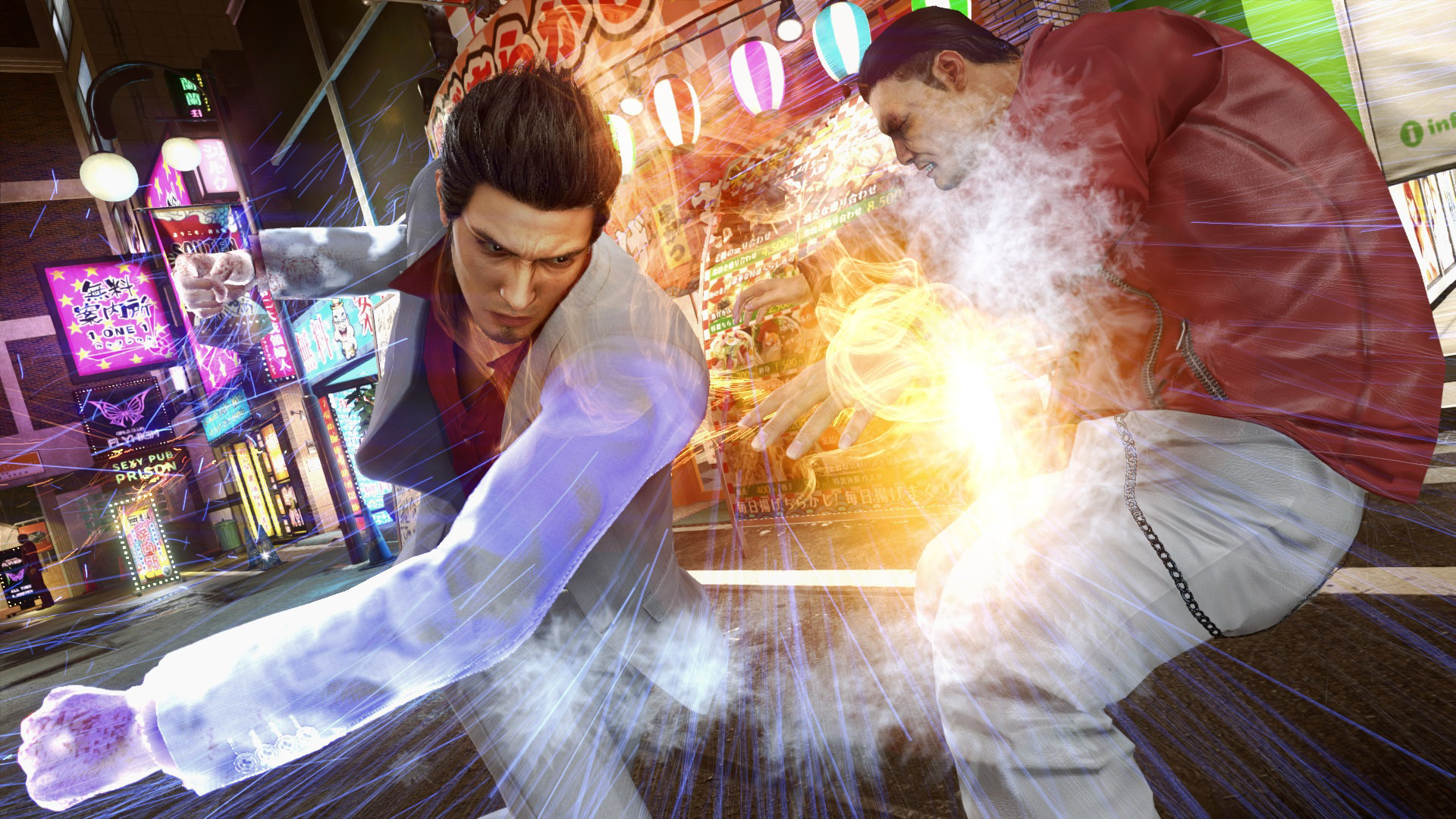 Yakuza Kiwami 2 is the best remake yet for the series and the absolute best way to enjoy the franchise’s second entry. It takes everything that worked about the storyline and puts so much polish on the presentation that it’s mind-blowing when comparing it to the PS2 original. The story itself is one of the best in the series as well, with a healthy mix of new characters and a rare usage of a love story as a way to add new characters to the mix and add depth to existing ones. It looks and sounds great and the Dragon engine enables the combat to flow far better than than it did before. It’s a must-buy for any Yakuza fan and also makes a fine starting point thanks to its thorough recap of the first game.