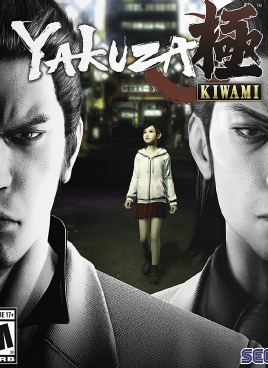 The original Yakuza was one of the final major PlayStation 2 releases, beginning a series that has been highly-regarded for over a decade now. The two releases were dark and gritty thrillers that explored the underground work of the yakuza and acted as a primer for the hierarchy for many players. The original brought with it an English voice cast that was seen as a hit or miss affair — with an excessive amount of swearing undercutting the stellar voice work from the likes of Mark Hamil — but still told a remarkable story.

Kazuya Kiryu’s debut outing introduced memorable characters like his makeshift daughter Haruka, Detective Date and Goro Majima. Haruka is in possession of a pendant that the yakuza wants to try and see if will get them any closer to recovering a large amount of stolen funds. Kazuya’s goal is to protect here, while Detective Date is along the for the ride and offers whatever off-the-books help he can. The core tale is complex and involves a lot of conspiracies, death, violent attacks and keeps you invested from beginning to end.

Every major character has some kind of internal struggle to deal with throughout the game. With Kiryu, he’s stuck between being in and out of the yakuza and wanting to be rid of that life to start a new chapter with Haruka. Haruka herself is so young that she’s just looking for someone to steadily take care of her, while Majima is just insane and Date is an underrated gem for the series. He’s older, wiser than most of the cast and world-weary. He’s seen it all, done it all and is put into incredibly dangerous situations throughout this game that make him wonder if he’s still got what it takes to get the job done. The plot is one that requires players to pay attention to the cast of characters, their relationships and the overall goings-on. Fortunately, Yakuza does give major character title cards with their names and title — offering up a bit of information about them. Yakuza Kiwami also allows you to replay major cutscenes to catch yourself up on what’s gone on to the point you’re at in the game. This is a perfect way to enjoy the story without having to worry about only playing the game in marathon sessions. Now, you can take an extended break and not lose your place in the storyline. 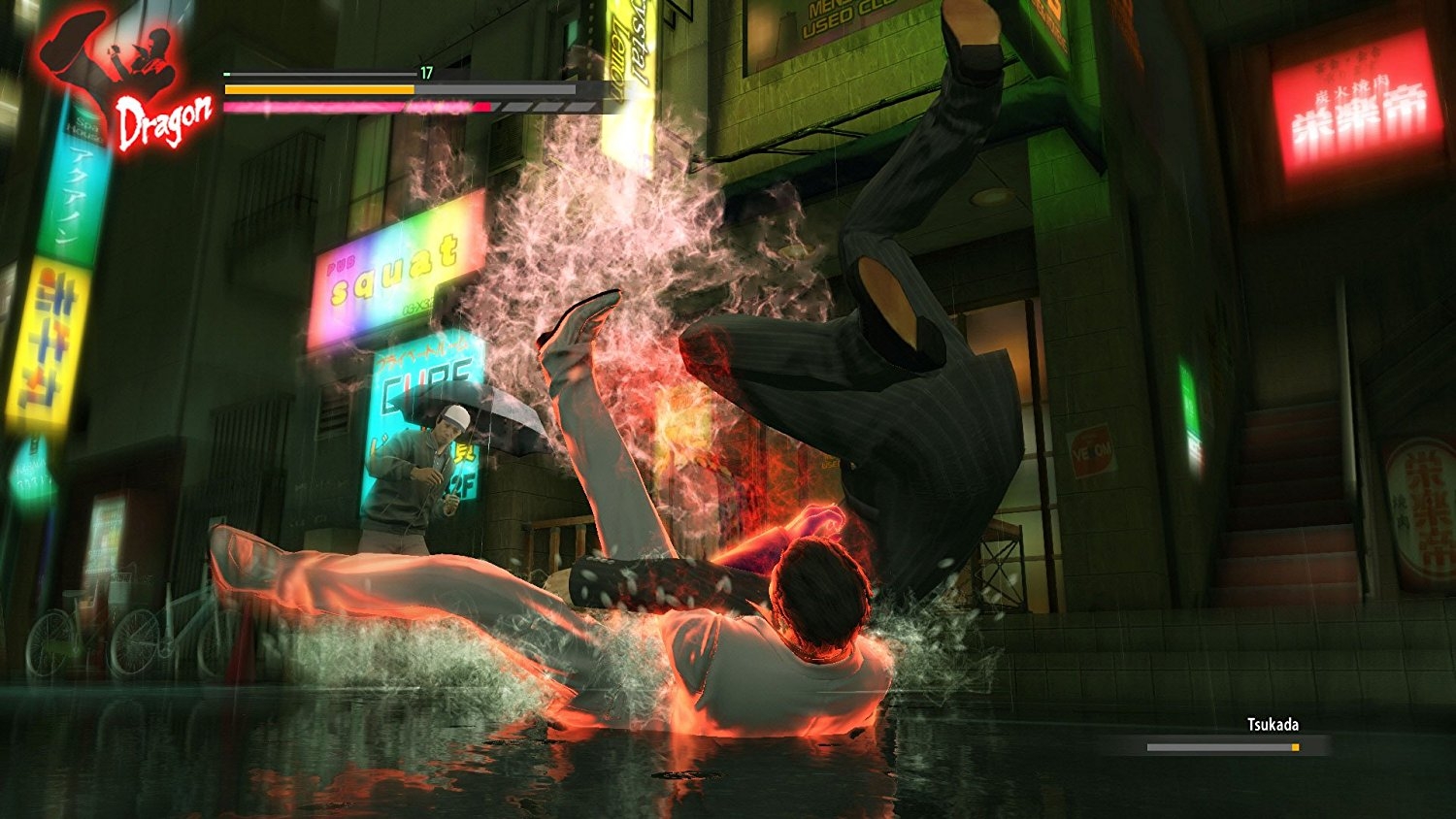 The original story did have some gaps in the story, where some characters just weren’t given much time to develop. Yakuza Kiwami expands the storyline a bit to give more characters a greater role — which makes newcomers to the series care more about them while also giving long-time fans a new reason to enjoy Kiwami. Another new addition involves Majima being able to attack you at any time — a bit like facing Mr. Showdown in Yakuza 0. In an era where so many remakes just slap a new coat of paint on things and call it a day, it’s great to see Sega take the time and effort to make a genuinely better product.

The Yakuza series has always been a diverse blend of genres, but the original was probably the most focused as a world-exploring beat ’em up with River City Ransom-esque stat boosts. There are plenty of side activities here that weren’t present in the initial release. There’s a new fight club mode that fits in nicely with the original game’s late-game cage fighting, along with slot car racing. The franchise-staple hostess club is back as well and makes its PS4 debut here. Some mini-games are holdovers from Yakuza 0, but the actual plot ties in as some character from Yakuza 0 return here — so you get a better sense that this is a lived-in world with people living their lives and sometimes, just staying stuck in the past in some regards.

The fighting action in Kiwami easily trumps what the original could offer up. While that game was incredible story-wise, the core fighting was a bit odd. Turning wasn’t fine-tuned and it was easy to lose battles due to focusing on the wrong enemy. Kiwami brings with it the more refined PS3-era controls that allow you to do everything you wanted to do in the original, but had to fight the game’s design to execute. It’s incredibly easy to focus on whoever you want to and then either slug away with punches, kicks, and throws or grab weapons. 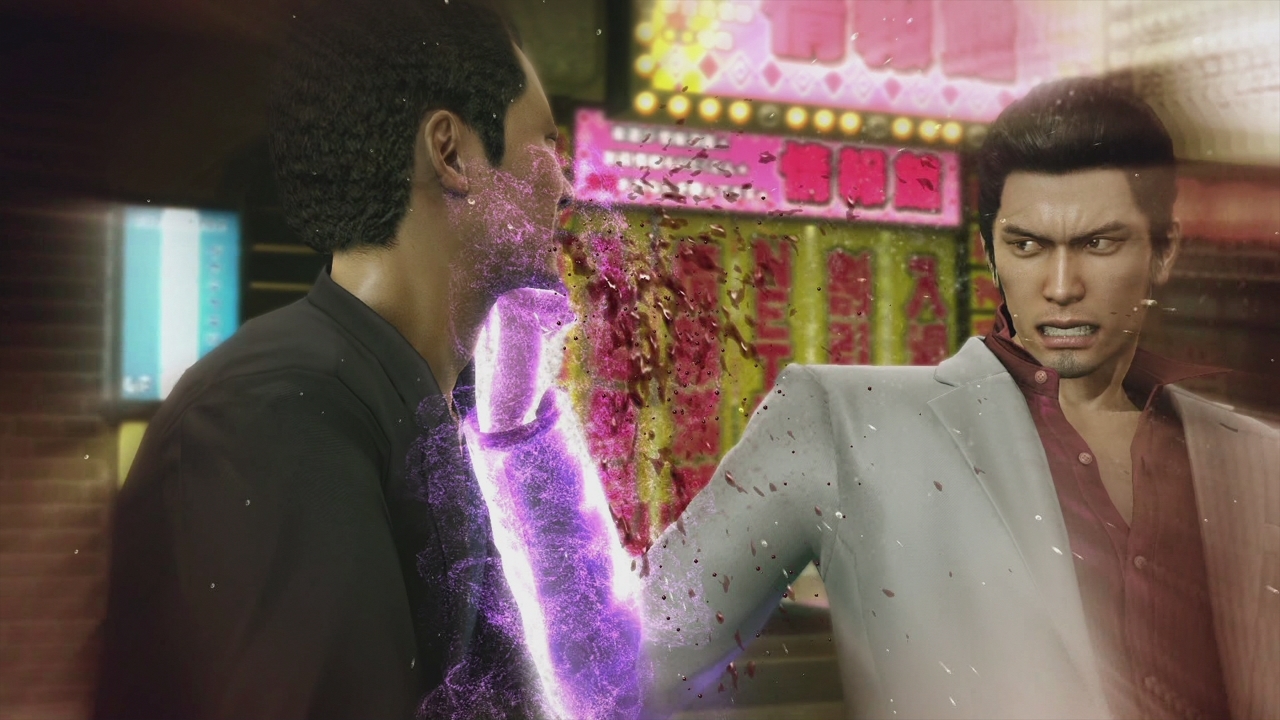 Weapon and environmental usage has been a hallmark of the series — even if it involved using silly things like bikes or crates to do damage. It’s still a lot of fun to beat up the low-end goons to build up your heat gauge and then save that up for the tougher enemies to give yourself an easier time. You can also mix that up and beat up some goons with the special heat attacks — so if you’re fond of curb stomping the low-end fodder to then give yourself a bigger challenge with the bosses or sub-bosses, you can. For a game with set missions that send you from Point A to B with a goal in mind before then throwing you into large-scale battles, there’s a lot of freedom within the actual combat system.

You can add moves to Kazuya’s arsenal regularly and all you have to do is play the game well, complete side-missions, and destroy enemies. Doing so allows you to build up your moveset and deal out more damage in a greater variety of ways. Staying healthy in battle is always a priority, which is why stocking up on healing items between missions is a must. It allows you to ensure you can always heal up during hard portions and if you want to heal up between missions, it’s best to do go a restaurant and eat a nice, hearty meal. It will give you greater gains and generally allow you to be as rested up as possible without having to use up consumable health items. Yakuza Kiwami can be a tough game — but it’s incredibly rewarding and your hard work pays off a lot at the end game when your combat skills are put to their greatest tests. 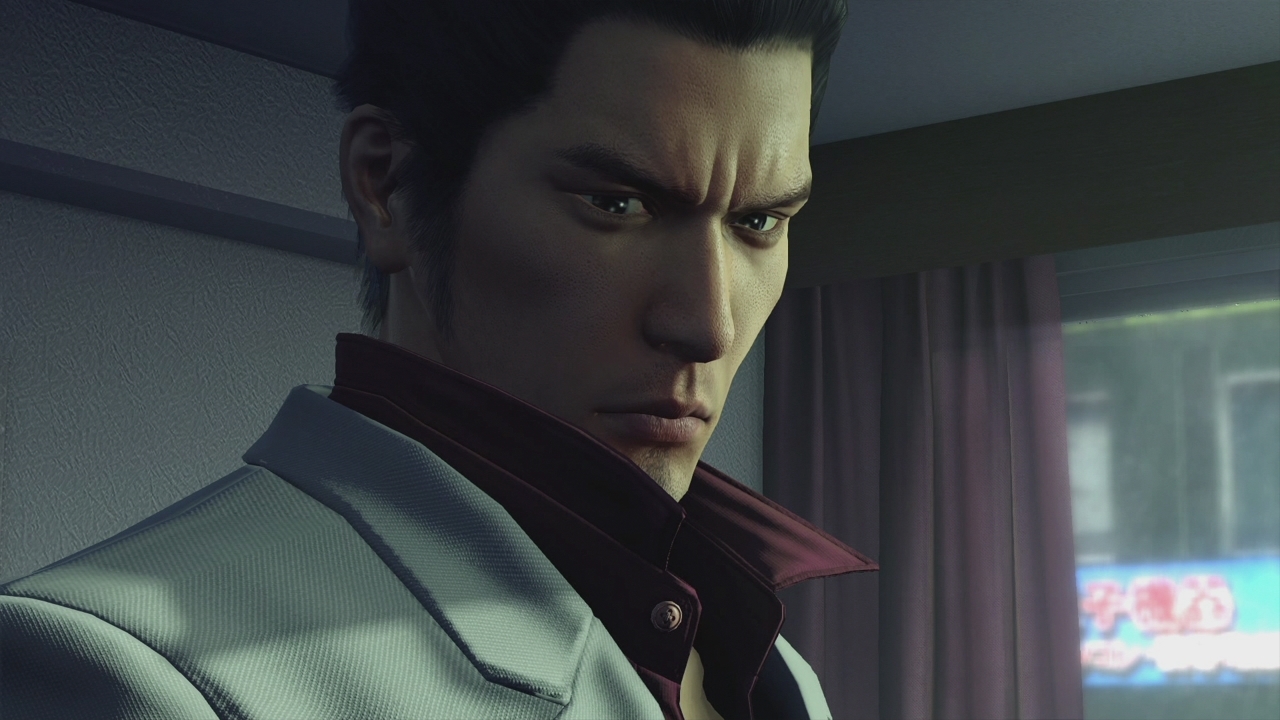 As the first full-blown remake in franchise history, Yakuza Kiwami makes great use of the PlayStation 4 hardware to show off new details. Character models now have far better-looking clothing, but their facial expressions come alive better here than they ever could have on the PS2. The in-game world truly shines now, with things like signboards honestly requiring a quick stop and pan to see all of the reflection effects on them. Animation is about the same as it was in the past few Yakuza games — so while there is some recycling of assets going on, what’s been used here does result in a far more absorbing experience for those looking to enjoy the original Yakuza tale or for those looking to enjoy it once again after not having played the game in a decade.

The original’s voice work has been completely re-recorded and the English has been replaced with the redone Japanese voice work. This means that the excessive swearing is gone and what remains is usually limited to either drunkards looking for a fight or high stakes plot developments. By keeping the Japanese voice acting with English subtitles, Yakuza Kiwami keeps things more in line with everything since Yakuza 2 where it has had that same formula and it works well. With this game being so steeped in Japanese culture, it does feel a bit more authentic to play it like this and the unintentional comedy from the first game due to the iffy voice work being eliminated makes things more enjoyable. The soundtrack remains good, providing thrilling songs when it needs to while also giving you slower, more melodic music when you’re roaming the streets. 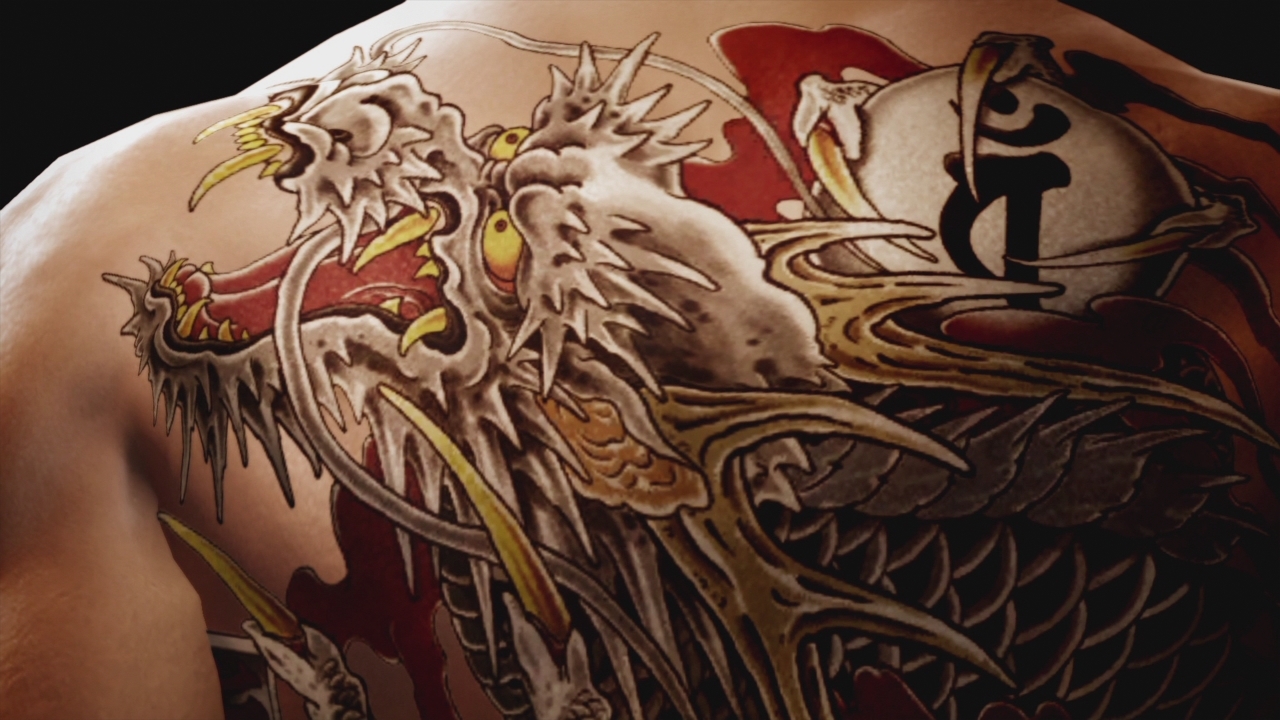 Yakuza Kiwami remakes the original game in a near-perfect way. Some may be disappointed over the lack of English voice acting, but the use of Japanese with English subtitles greatly increases the authenticity. Kiwami plays far better than the original release and it delivers a more enjoyable experience overall. Every benefit from the most recent games is here, resulting in the definitive way to play the original game’s story. Anyone who has missed out on it before should check it out now as should players of the original who always wanted to see it in a better-looking and playing form. Yakuza Kiwami packs a lot of content into an affordable package and is a great jumping off point for newcomers to the series as well.