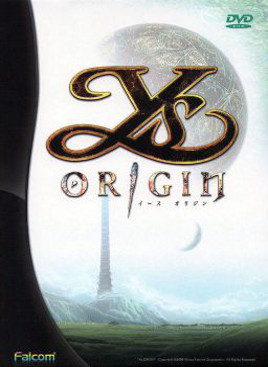 Ys might not have ever become as popular as a couple other well known JRPG brands, but many games chronicling the adventures of Adol Christin have been released and re-released since the ’80s, case in point Ys Origin originally received a Japanese release in 2006 for PC and then other parts of the world in 2012. Having been the star many times over, Ys Origin decides to deviate from tradition and gives Adol a reprieve from battling evil to focus on events that happened 700 years before the events of Ys I and II, providing a distant back story.

Since Ys Origin takes place long before Adol was a twinkle in the eyes of a drunken gaze at a rock concert, a new playable hero had to step in. Instead of being forced to assume the role of a one character, there are three playable heroes to choose from. Yunica Tovah is the granddaughter of one of the six priests of Ys. She fights with a battle axe and is incapable of using magic but is able to utilize certain artifacts that can take care of magic attacks for her. She is a fast melee fighter and anyone who has played the other Ys games on the PlayStation Portable such as Ys The Oath in Felghana or The Ark of Napishtim will be at home with her as her play style is similar to Adol. Hugo Fact is a sorcerer that has two satellites following him called the Eyes of Fact. He attacks with rapid fire magic projectiles and this may make him the easier of the two to play. The third character is a secret and is unlocked upon completing the game.

In addition to having different play styles, the choice of character does have an impact on the progression of the story. The core story remains the same regardless of who is selected, but the characters have different personalities and motives which are reflected in their interaction and dialog with NPCs and there is some slight variation in some mini bosses and item placement. We aren’t talking a night and day difference, but this aspect provides incentive for multiple playthroughs for those who enjoy the game for its story. 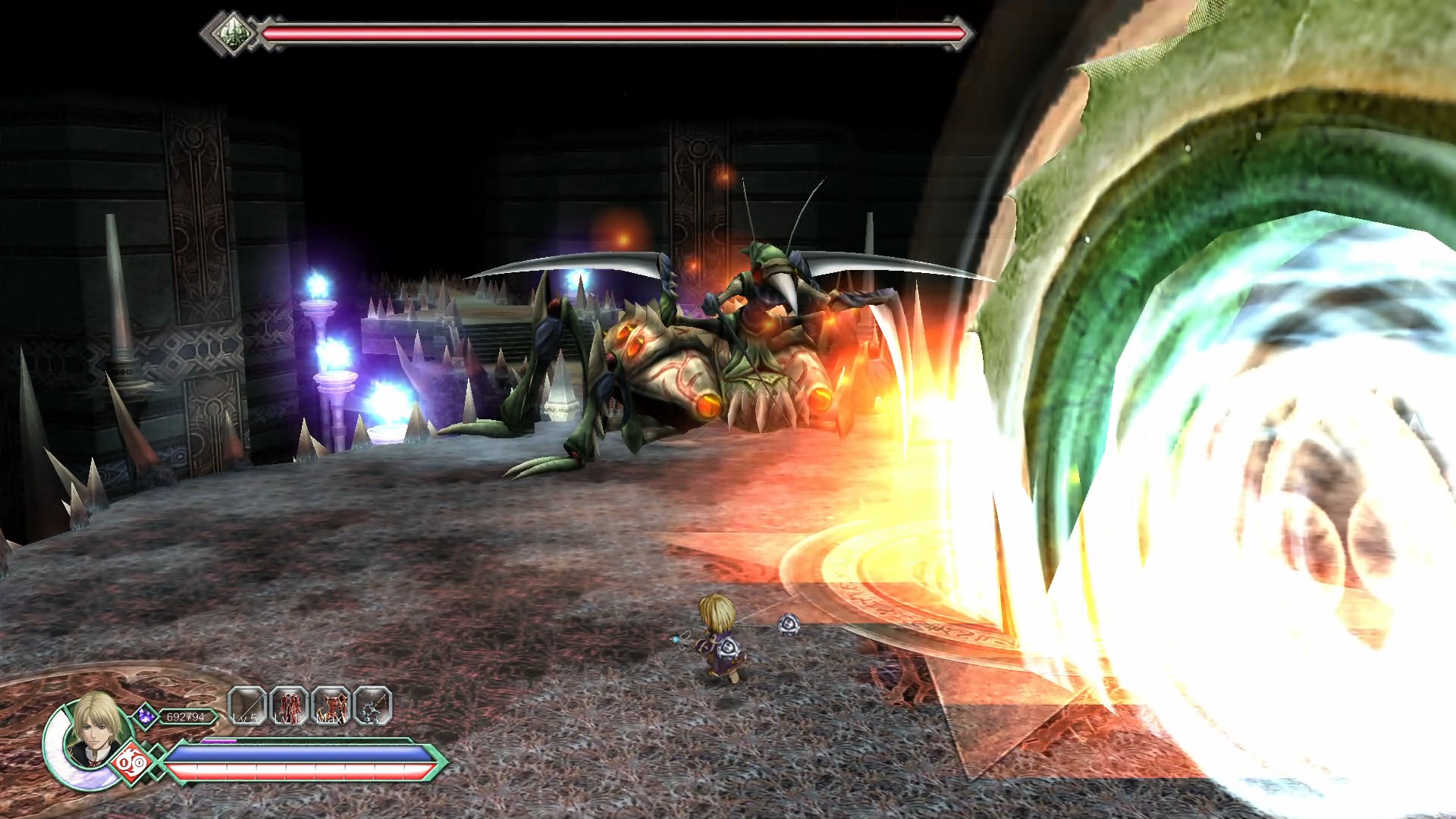 Ys Origin tells the story of the land of Ys when it was a paradise, where everyone could use magic freely thanks to an artifact called the Black Pearl. Ys was ruled by the twin Goddesses Reah and Feena and their Six Priests, but as in the case as most of these legendary paradises some demons decided to wreak havoc on Ys. The demonic forces were too powerful, so the inhabitants of Ys retreated to the safety of their holiest temple on the tallest mountain, which the two goddesses sent up into the heavens to keep everyone safe. As luck would have it, the demons built their own giant tower that extended into the sky, making the retreat an exercise in futility. Amidst the chaos of the war one day the goddesses disappeared. No one, not even the Six Priests, knew why or where they went, but it was certain without them there was no way they could stand against the demons. The Six Priests assembled a search party of the best knights and sorcerers in Solomon Shrine. They believe the goddesses must be inside the Devil’s Tower, and thus they embark on their journey to bring them back to safety to prevent the total destruction of Ys.

The Devil’s Tower is quite an impressive structure, which one would hope since unlike some other Ys games where there is a town and various locations to travel to the entire game of Ys Origin is contained to the tower. This is not necessarily a bad thing, since different sections of the tower do have a different appearance and music to break up the monotony and the base does have a few NPCs for conversation, though most of the typical functions of an RPG town are absent. A crystal does allow the player to freely teleport to any previously visited save point, which is convenient for those times the game sends you back to the base camp. 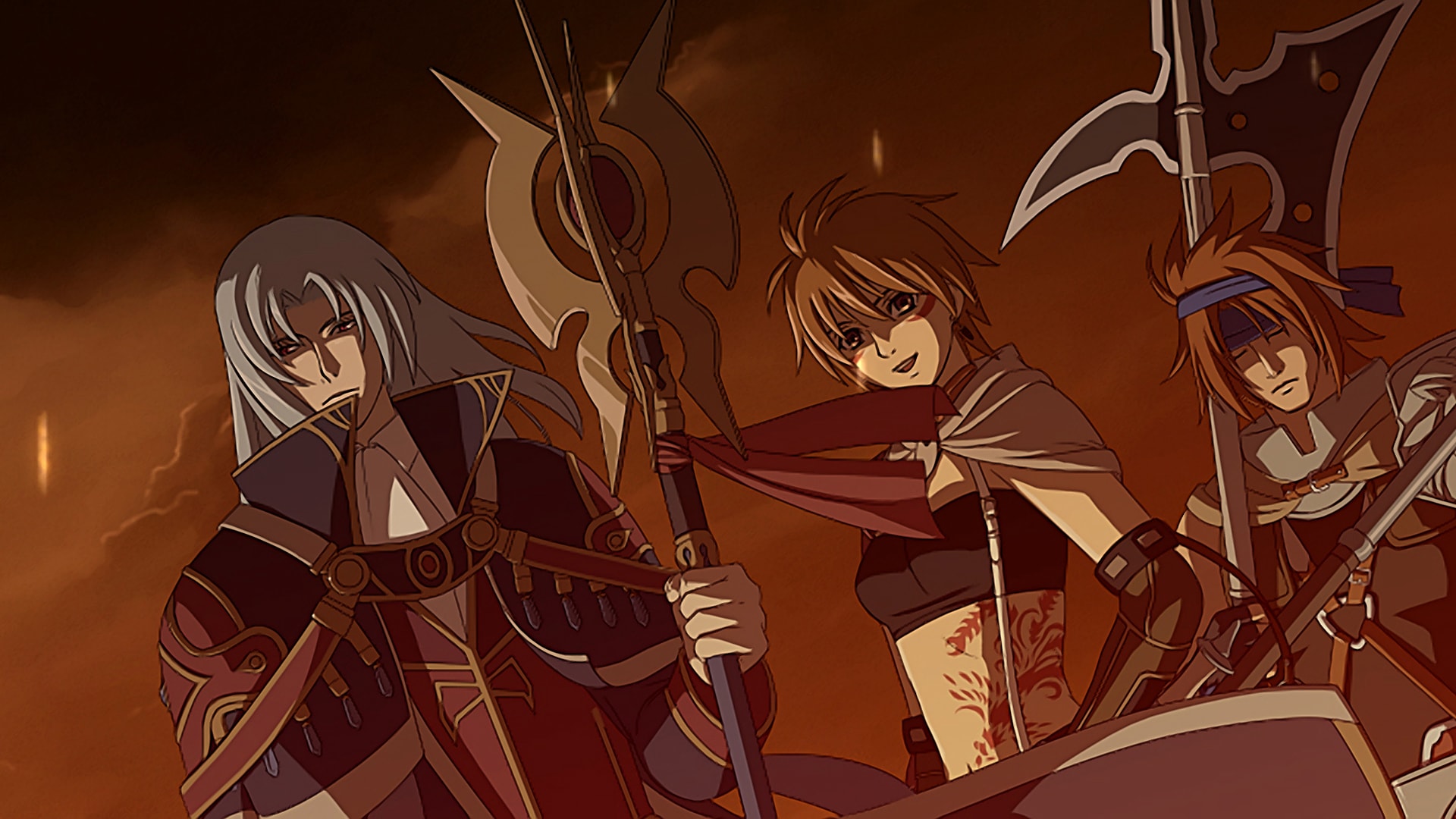 So we have a Ys game that doesn’t star the red haired but not ginger Adol that is confined entirely to a giant tower. Despite this, Ys Origin actually feels like a proper Ys game. The gameplay feels like the PSP/Vita Ys games with the overhead 3D worlds and at times iffy platforming. All character designs are in the classic Ys anime style so despite not recognizing anyone, they all look the part. The demon bosses within the tower are pretty ginormous in size and can be quite challenging, though like most classic games once you figure out their patterns they become much easier. The plot deals with the rather serious issue of world destruction by an army of demons, but the dialog between characters, both friend and foe, provide an element of levity that keep Ys Origin from becoming too serious with the doom and gloom.

The visuals have been touched up a little so it looks nice and pretty on the big screen HDTV, but like with most ports on the reissue happy PlayStation 4 a 2006 game with a coat of polish still looks like a 2006 game. That being said, fans of Ys will feel right at home since Ys Origin did successfully capture the style of the other games. The soundtrack is a bit of a double edged sword. For the most part it is quite beautiful, though can become repetitive very quickly due to the size of the areas resulting in it looping for quite an extended period of time. After the story is completed, additional modes are unlocked which are Time Attack, Boss Rush, and Arena mode. 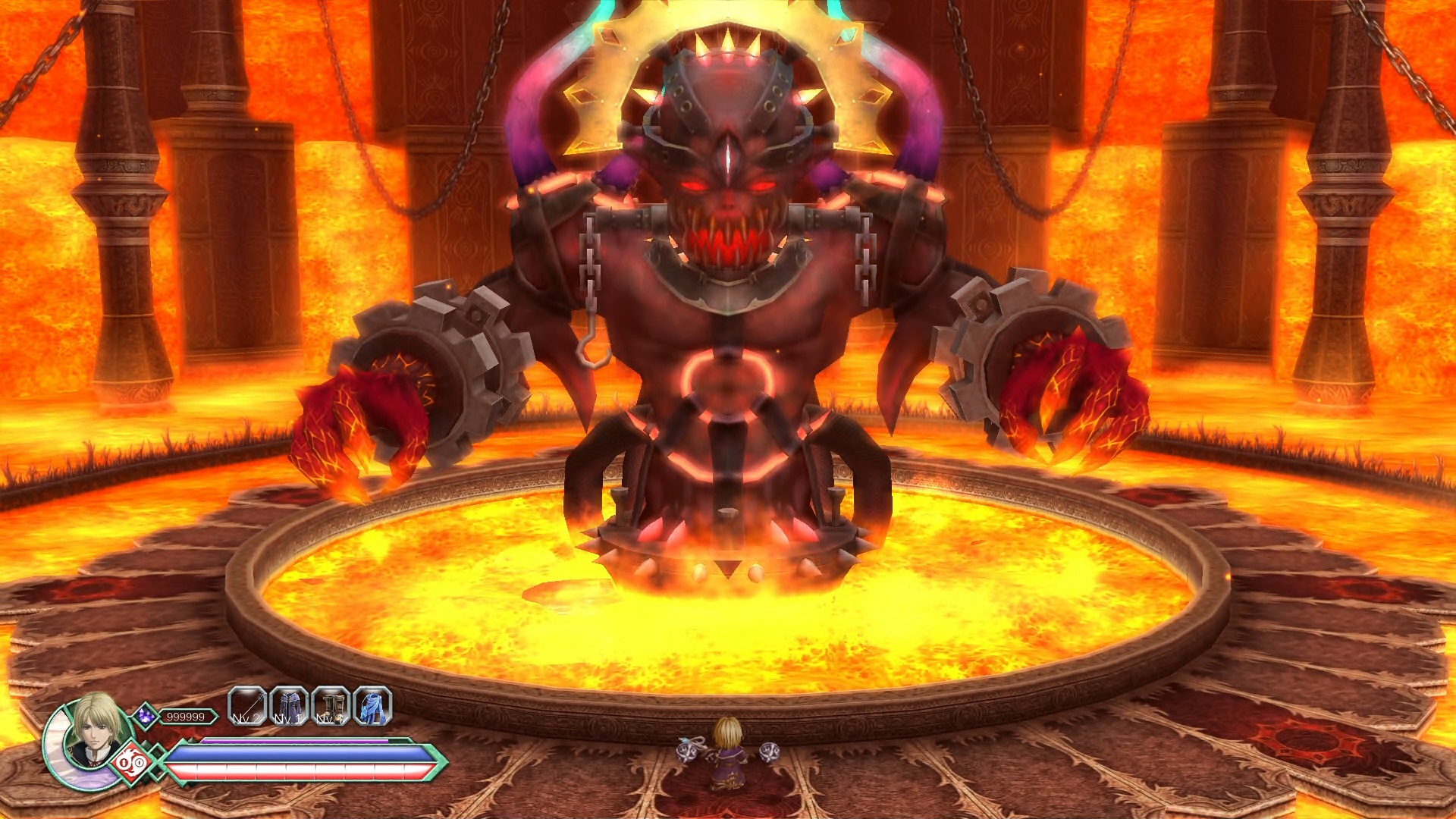 Ys Origin is over a decade old and holds up well despite showing its age. It’s not a lengthy game and a single playthrough will only take roughly ten hours, though if one were to want to see the full story with every character, its brevity makes that much more feasible. Being as this is a dungeon crawler centered around climbing a massive tower, the short length makes it just long enough to feel like it is a complete game without overstaying its welcome. Even on easy, the boss fights won’t hand over a victory without a fight, and the nightmare difficulty will challenge even the most seasoned Ys veteran. While this is a fun game and should be played by all Ys fans, I would be more inclined to recommend it to people who are already fans of the franchise. Newcomers to Ys will still likely enjoy this, but The Oath in Felghana or Memories of Celceta may be better entry points besides the obvious Ys I & II. Currently it is only available on the PlayStation 4 with a PlayStation Vita version coming May 30.