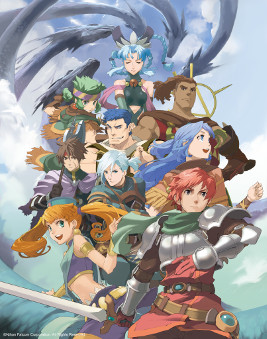 Adol Christin and Dogi have a knack for stumbling into adventure where ever they may travel. While most of us live mundane lives where the slightest triviality may generate excitement, these guys walk out of the house and end up being thrust into some sort of adventure, like visiting Dogi’s hometown for a peaceful homecoming only to end up being recruited to put a stop to a great evil. In more recent times they have taken to sea travel, which has ended but being a no less adventurous choice for them. While Adol and Dogi are traveling on a ship, they end up disembarking at the capital of Altago. After a run in with some of the guards, the two find themselves in a short prison stint in the dungeon before being sprung to have an audience with King Karmiel and thus begins the adventure in Ys Seven.

After being dismissed by his majesty, the two adventurers are whisked away to the coliseum where they are given weapons and a brief tutorial on how combat works in Ys Seven. As a series of action RPGs, Ys has generally focused on a lone adventure, typically Adol Christin with the exception of Ys Origin which while a good game it felt a bit strange not playing as the red haired one. Ys Seven introduces a party system where the player may have up to three people active at one time with one under direct control and the others provided AI controlled support. With the exception of some massive area of effect attacks that some bosses have, the AI companions tend to do a good job at not getting killed, though their contributions on the offensive tide of things do not save the player from having to do the lion’s share of the work. A simple press of the button is all it takes to swap between Adol and anyone else in the part.

Learning the combat system of Ys Seven is of some importance, since different characters tend to excel at fighting certain types of enemies. For example, in the training arena we learn that Adol’s swordsmanship skills make him the ideal combatant for fighting against soft bodied enemies, while Dogi’s burly stature and punch based attacks are better suited against enemies that have a hard candy shell, like demonic, bloodthirsty M&Ms. Bloodthirsty M&Ms are nowhere to be found in the game but this is probably why one shouldn’t review games while hungry. As other characters join different weapons and fighting styles will require mastering by the player, such as how to use a crossbow. Charge attacks and special skills are also part of the mix, so players do have a lot of combat skills to master through this adventure. 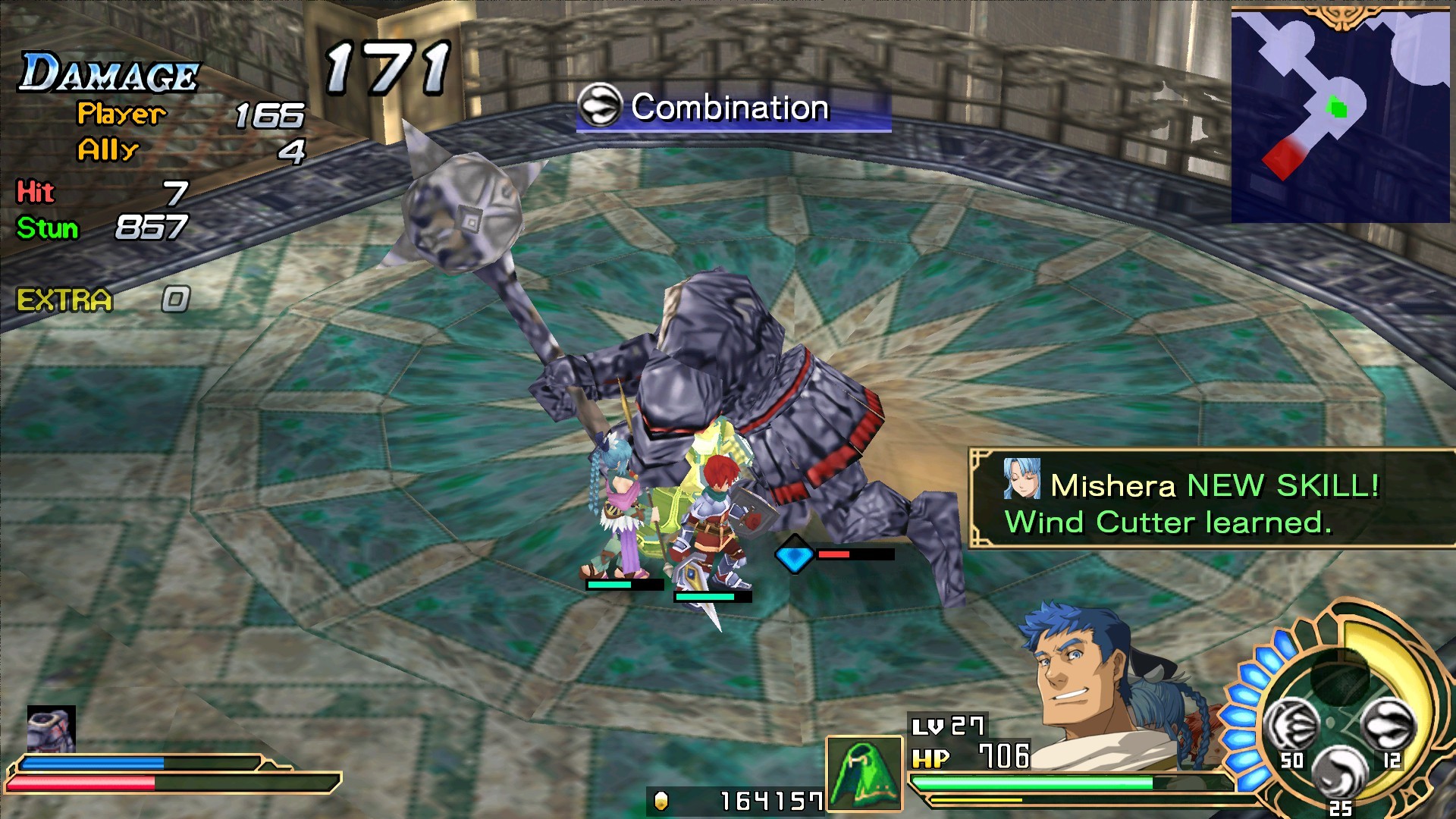 Once we get done in the coliseum it’s business as usual for these adventurers. Now that the king has granted them exception to the town’s lockdown they are free to travel out into the world to explore the areas, hunt for treasure, and kill monster upon monster. Anyone familiar with the Ys series knows how things are going to go down. Altago will serve as the home base for the adventure, and the player will return here frequently as to share the developments of their travels to advance the story and spend their hard earned coin on new equipment to keep them battle ready for the bigger and badder foes they will encounter. Nothing here is really groundbreaking, the stories in Ys games are never the most complex and don’t deviate too far from their own formula and use fantasy and anime tropes as a bit of crutch. That being said, a simplistic narrative is not necessarily a bad thing, as these have kept Ys going across multiple consoles since the late ’80s. It may not be the biggest JRPG franchise in the western world, but still has a respectably sized fan base.

Out in the world we see how these different combat styles play out and how effective they are against certain types of enemies. The main difference in character attacks and enemy types (hard vs. soft, for example) is how much damage they inflict, and even though some attacks may do negligible damage to certain types of enemies the player can pretty much mindlessly button mash their way through most situations. This results in making the game feel fast paced and action packed, which is great at preventing it from becoming tedious or ever feeling like a chore to play. This is important since Ys Seven is likely to take somewhere in the neighborhood of twenty to thirty hours to complete. A common complaint about Ys Seven when it was initially released is how the game artificially extends its length by requiring the player to backtrack through previously completed dungeons. While this is not entirely untrue, the return to these dungeons doesn’t feel quite like a retread since they have all undergone changes since the player last visited, with new treasures, enemies, quests, and some changes to the route. 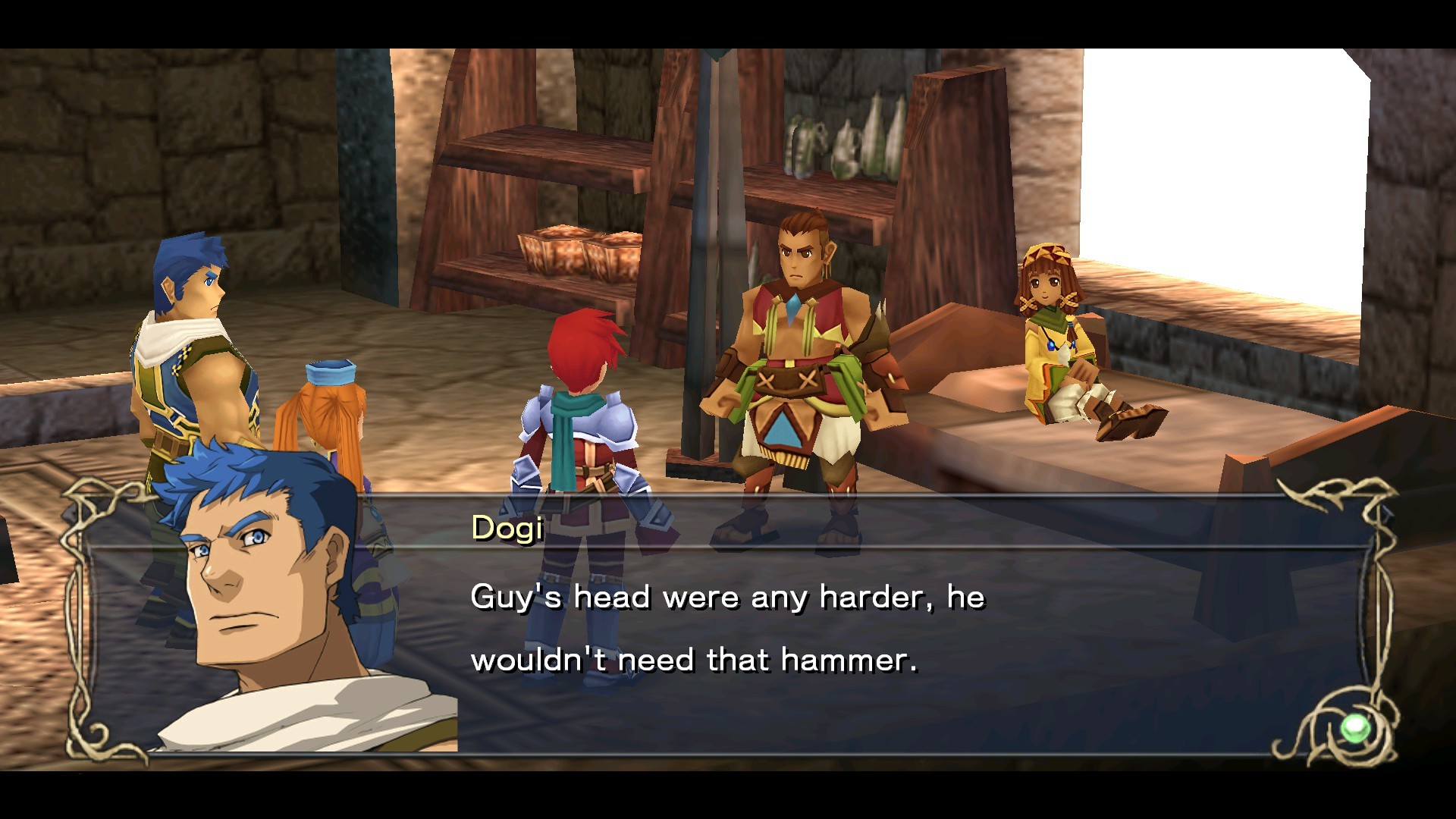 The bosses of Ys Seven are massive, impressive looking creatures, and the statement about how a player can button mash their way through Ys Seven like a zombie holds true except for taking on these behemoths. These monsters are powerful forces to be reckoned with, and trying to just go toe to toe with them and mash away is a good way to send all three party members to an early grave. These battles require finesse and strategy, as they will beat any party in terms of sheer hit points and offensive capabilities. Learning their patterns and knowing each character’s combat style is the key to overcoming this adversity, and why it is important to spend time familiarizing oneself with what is needed in order to be victorious.

The Ys series is known for having impressive soundtracks, and Ys Seven is no disappointment on this front. The upbeat rock inspired tunes provide the perfect compliment for the action that is happening on screen. The graphics have received a make over and look nicer than they did on the PSP and now run at 60 FPS. The improvement is noticeable when compared to its handheld counterpart, but even though the facelift helps and this is a good looking game it does show its age from being a port of a 2010 PSP game. The default control layout is an unmitigated disaster, but once the player spends about thirty seconds remapping the button configuration this plays like a dream. 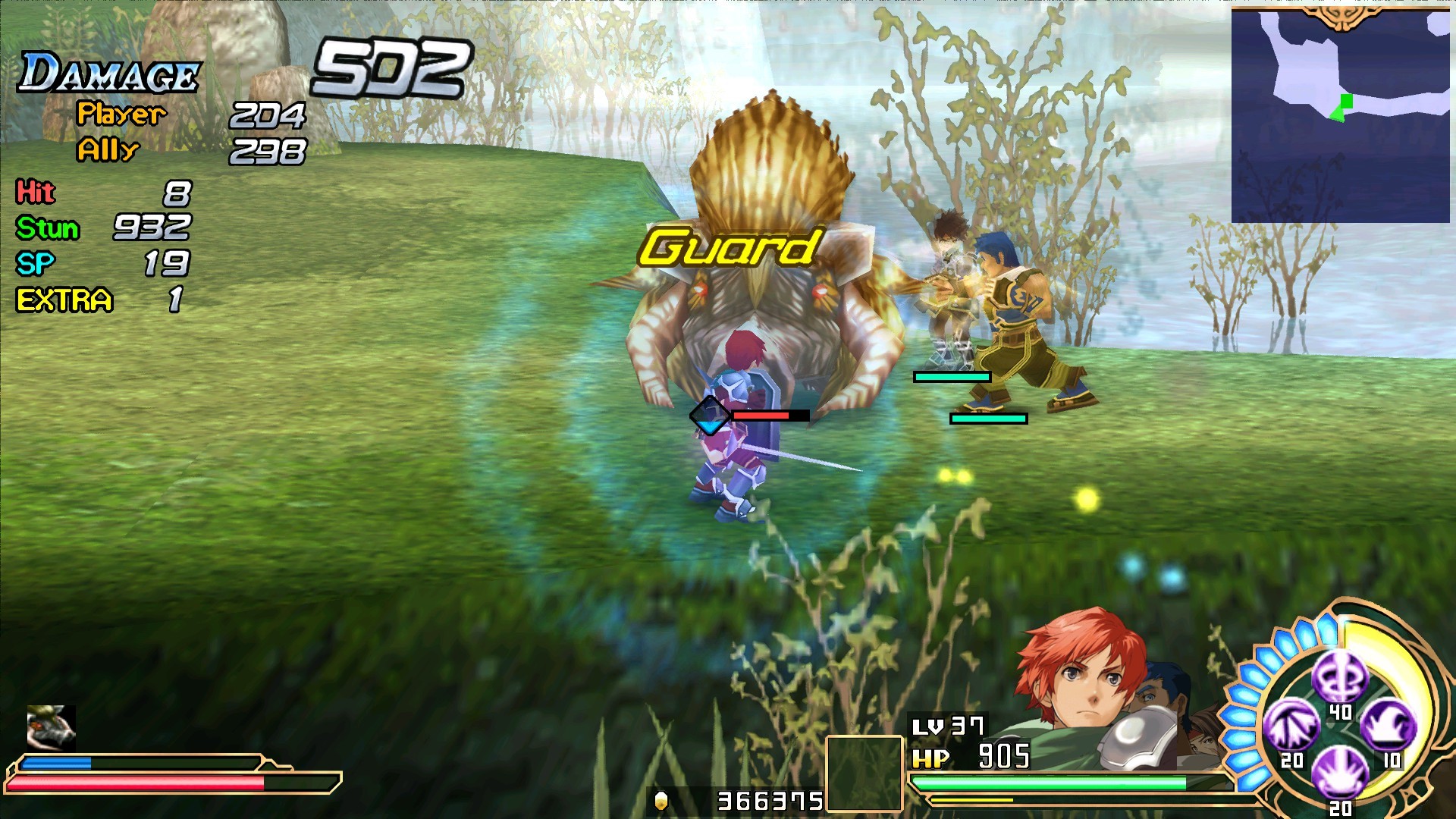 Ys Seven might look like an old game trying to appear new under some fresh coats of polish, but putting that aside, it’s just as fun now as it was seven years ago. Games in the Ys series typically don’t blow you away, but they do consistently provide an enjoyable action RPG experience. The simple plot of the seventh entry doesn’t veer too far from what fans of the series have come to expect, but that may also be part of why Ys has seen so many games. The use of a three member party system is the biggest change this entry brings and it works well enough where we may be lucky enough to see it in future Ys entries. The stories of Ys games are connected, but each game is self contained enough where someone could jump in at just about any entry and be okay. Ys Seven is an enjoyable enough game where fans of the series should play it (assuming they haven’t already) and also a good entry point for the uninitiated.