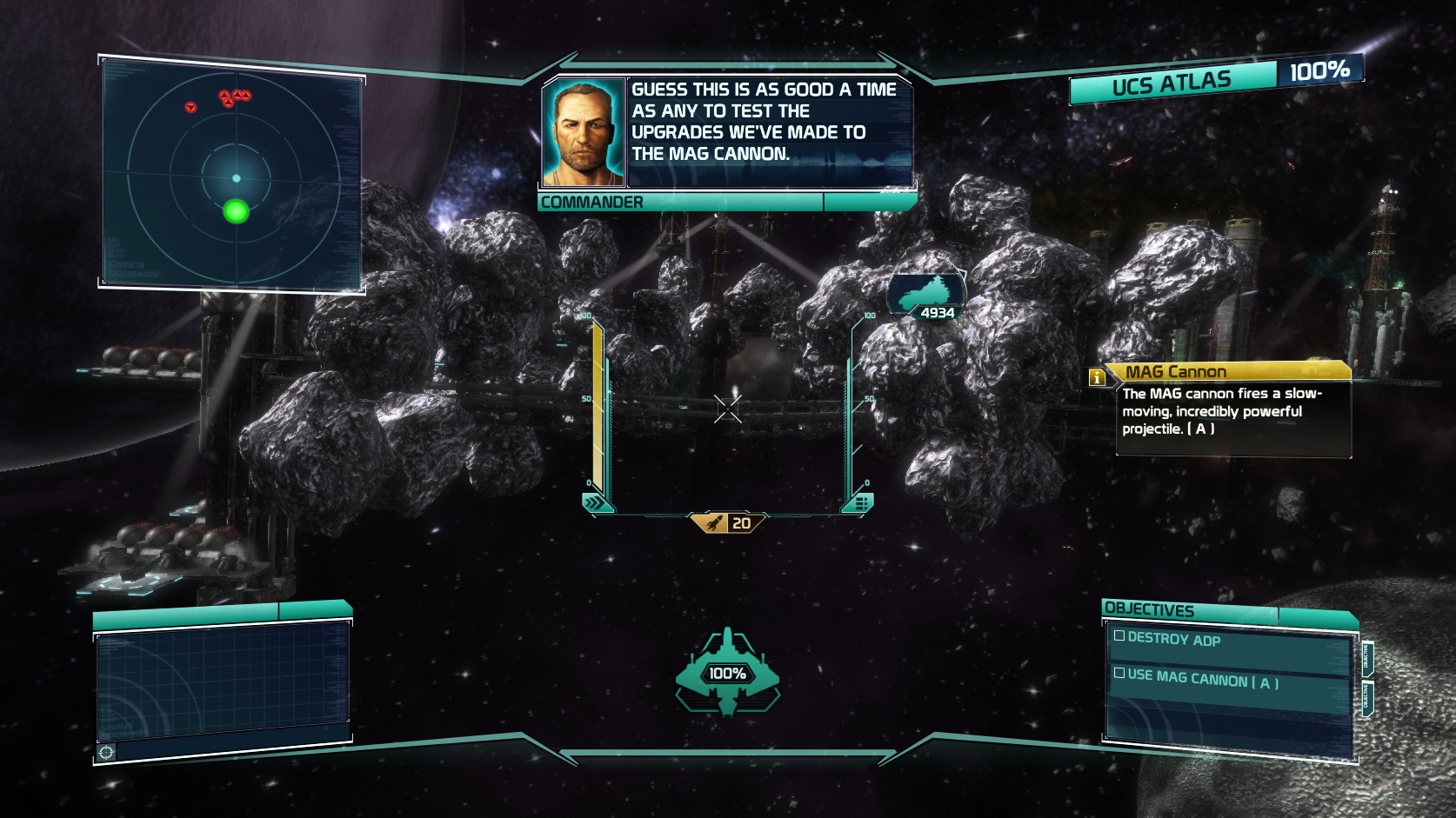 Everyone loves escort missions, right? What could be better than protecting the weak and defenseless from the constant heavy barrage of an endless stream of enemy firepower? Haven’t gamers been crying out “Oh please, please tie us down to be glorified babysitters, because flying and shooting and accomplishing objectives based around those capabilities is far too taxing!”

No, they haven’t! Absolutely nobody anywhere has been asking for this because, as has been said for years and years on end, it’s not fun. Unless you’ve got the word “Ico” in the title, escorting is a bad idea. So why on earth does Sol Exodus think that mission after mission of protecting helpless transport ships is a good idea?

Sol Exodus is an attempt to bring back the mission-based space shooter, which is a bit of a different beast than the free-form open universe games of the X series. Each of the eight levels is specifically structured, although usually around endless riffs on “Protect me!” The storyline is pure cheese, with an ultra-hardcore religious zealot determined to keep humanity confined to our home solar system, despite both the sun being doomed and a planet suitable for colonization having finally been found. On the plus side, this means combat is centered around familiar landmarks like Saturn, with impressive giant structures in orbit above the various planets’ surfaces. Enemy ships ranging from tiny fighters to large flagships flit about wreaking havoc (or lumber ponderously for the bigger ones), and you’ve got a nice pile of options at your disposal to obliterate them with. Outer space comes alive with laser fire, as dozens of ships attack and defend in a pyrotechnic display set against a colorful planetary backdrop.

After a few missions, though, the combat gets a bit repetitive. It’s always fun to dogfight the little ships, clear out a bit of time to focus on the bombers, then hack into a flagship’s systems to turn its guns to your side, but the pressure of playing a game of near-constant defense eventually wears out the joys of shooty goodness. The only true failure option is if your flagship is destroyed, although you know you’ve screwed up if the transport or allied base goes down.  Still, after losing the dozenth defense point in a row the desire to succeed turns into a feeling of “Screw it.” When even losing your fighter simply results in being towed back to port for an instant replacement, what’s the point of trying? 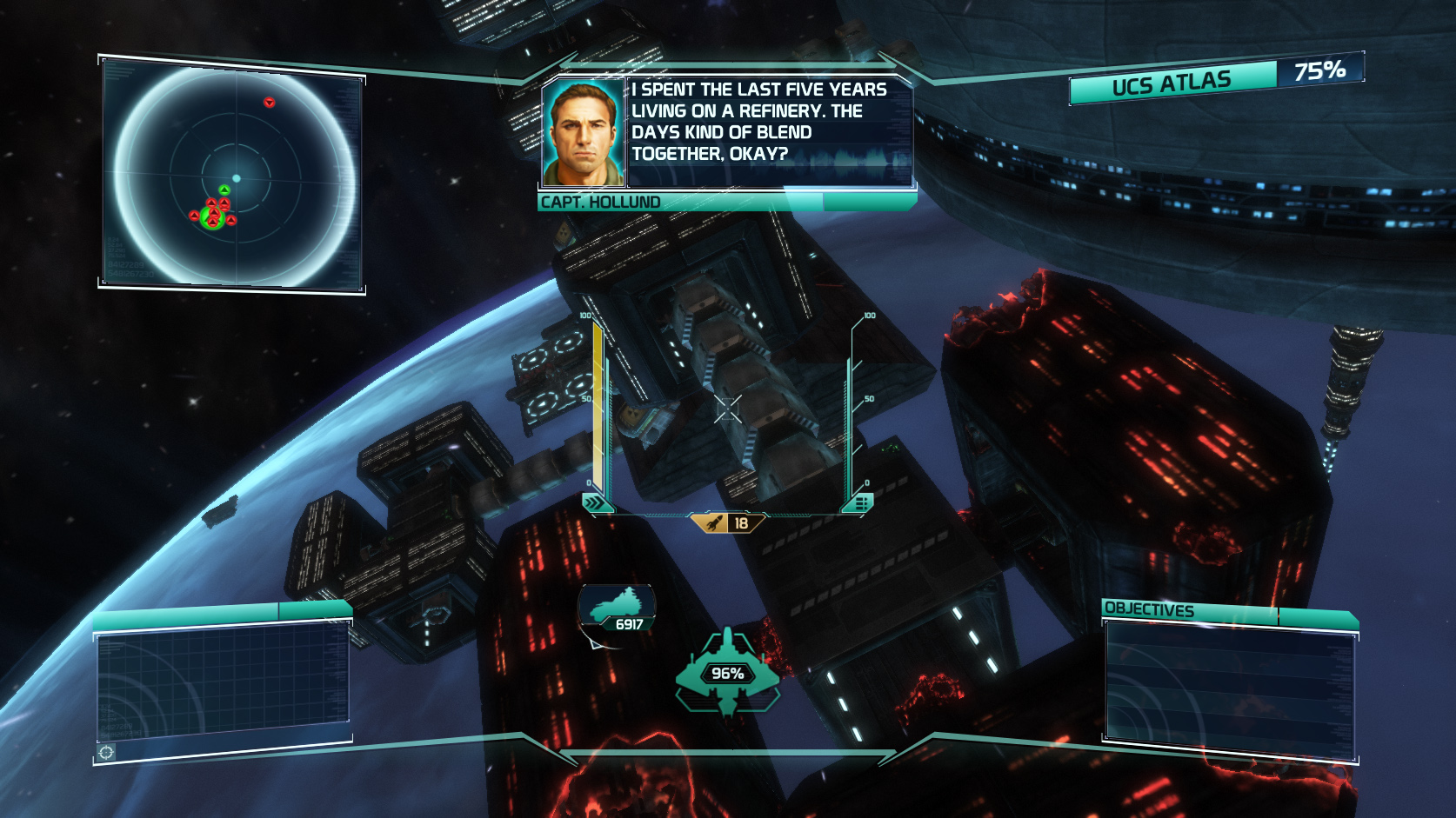 Closing Comments:
Sol Exodus looked like it had a lot going for it, but its repetitive mission structure based around the single least fun activity in gaming trips it up badly. The controls are tight and feel perfect on a 360 gamepad, the battlegrounds are varied and pretty, and the shooting action is pleasantly frantic, but seeing as it’s centered around one escort mission after another, it wears out its welcome quickly. There’s got to be more you can do with a nimble space fighter than be the universe’s babysitter.