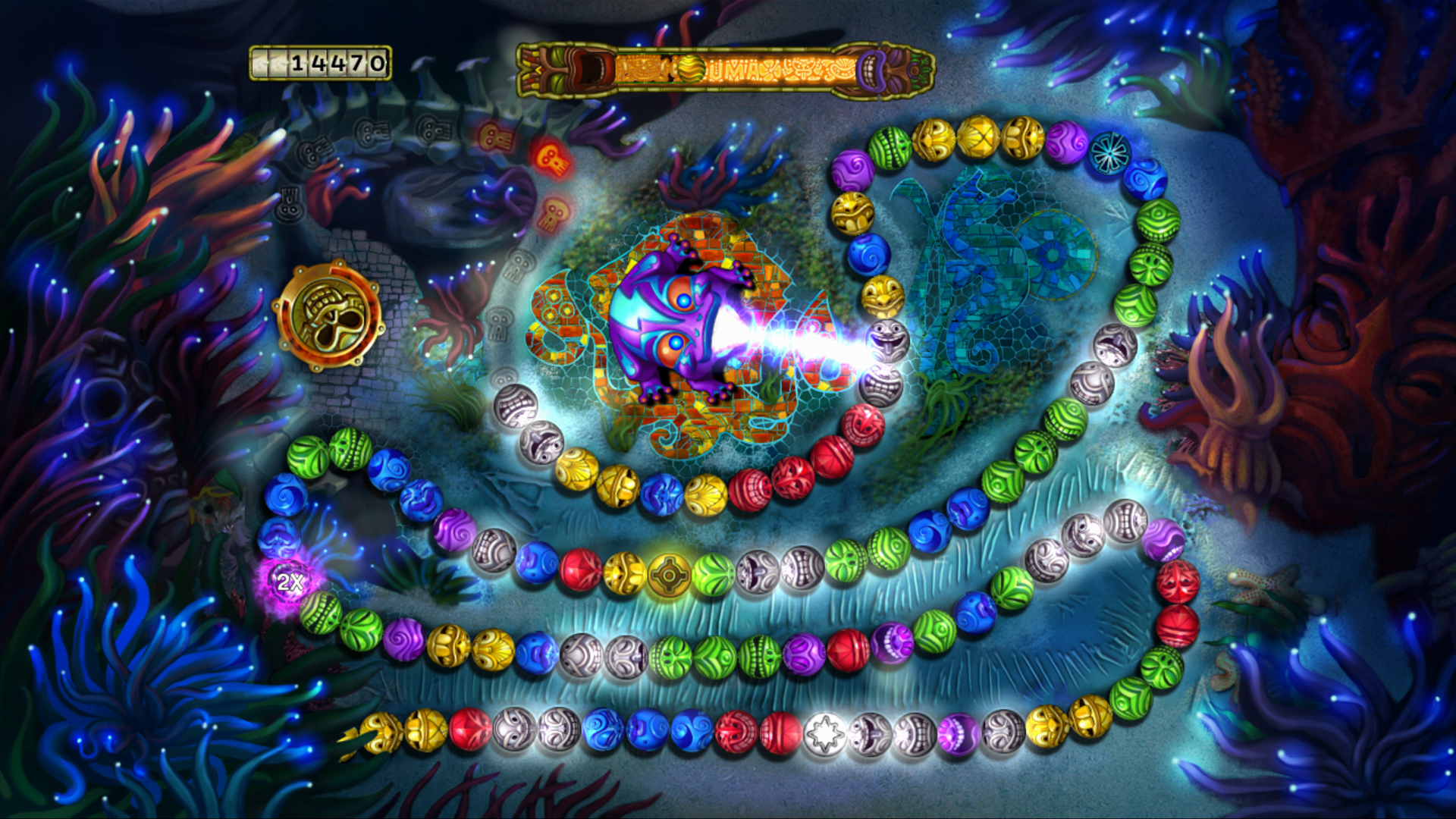 Zuma needs no introduction. It’s virtually a household name with over 17 million units sold. Even though it has been a few years since Zuma’s Revenge was released on PC in 2009, PopCap Games decided to bring the fun over to Xbox Live. Could a two year old game be worth the reinvestment?

Zuma’s Revenge begins with a refreshing take on the loveable ball-hocking frog. This time around, there is a noticeably meatier story highlighted by the introduction of Boss Battles. These sequences are implemented with fantastic execution. The fights (five in all) offer an additional challenge to the endless strand of incoming balls. Keep back the strand and quickly fire off rounds through the openings in order to deplete the boss’ health bar. The bosses break up their own seriousness by unexpectedly dropping a funny line after they’re defeated. Each area has its own boss, and knowing these new challenging sequences lie ahead adds a new driving element, which was absent in the first game. Beating most bosses also leads the frog to his next Spirit Friend. Now, Zuma’s Revenge really starts to feel like a quest instead of an excuse to play more Zuma. Not that any Zuma addicts out there needed one!

The first half of the game is loaded with helpful tutorial hints, thankfully, for the many new features Revenge flaunts. For example, hopping between two different lily pads is foreign to anyone whether they played the first Zuma or not. Each level has Spirit Badges to collect for level completion, beating the preset Spirit Score and finishing under the preset Spirit Time. Instead of hitting bonus coins like in the original Zuma, fruit appears for extra points. Nail a pineapple or two, fill up the Zuma bar, and drag the winding balls away from the hungry, angry totem mouths. The basic fundamentals are the same, but with an impressive chunk of new goodies. 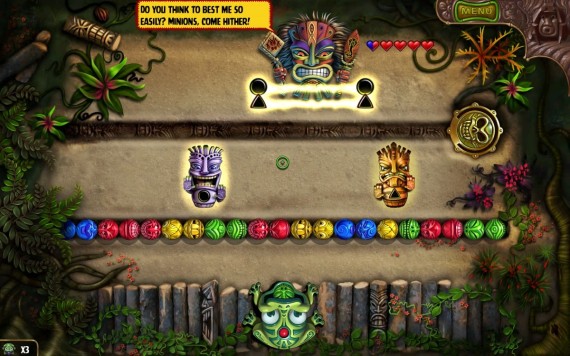 When certain balls are destroyed, the player is granted temporary or onetime use perks. This is the same concept from Zuma. However, in Revenge, the perks are definitely new and improved. Wondering why the friendly green frog turned fiery red? Hitting the bomb ball grants a new one-time use power: a grenade launching attack that blasts any part of the winding string of balls. Powers can be chained to do major damage, and have to be in some of the more intense levels. There’s also a handy-dandy multiplier ball to help fill the Zuma bar at a quicker pace (or to simply show off high scores on the leaderboards). Keep it up and the multiplier will go as high as 6x the score. There are even a few other powers that disregard ball color entirely. Some are so epic, they deserve a bit of secrecy (the giant laser comes to mind). Improvements like these makes Zuma’s Revenge infinitely more fun than the first.

There are new Spirit Friends to help the frog along his quest to protect the land. Spirit Friends help bring replay value through the roof. The first friendly critter is the Spirit Monkey. He helps increase the regularity and point value of the fruit. Each Spirit Friend has their own uniquely vital perk with levels of their own to increase. Each animal’s level requires an exponential number of Spirit Badges to upgrade. This makes badges a staple and promotes a healthy amount of attention to every individual stage. No slacking or else badges will be missed, and the level has to be replayed somewhere down the line. Anyone looking to top the Leaderboards has to replay the game after acquiring the final Spirit Friend.

So what does the Xbox Live version of Zuma’s Revenge have to offer? Different modes can be unlocked along the Adventure progress. In Adventure mode, play any level previously beaten. The game’s replay value is significantly higher as a result. Go back and grab that Spirit Time badge missed on level 1-3 by only three tenths of a second without having to restart the entire game. Weekly Challenge mode allows friends to beat temporary high scores by selecting a random level from Adventure mode. Each week offers a different challenge. Iron Frog mode is a gauntlet of levels in an iron man style marathon. Boss Rush mode allows back-to-back island chief boss battles for an opportunity to dominate the Leaderboards in yet another way. Even a few of the achievements challenge the player in some creative ways. 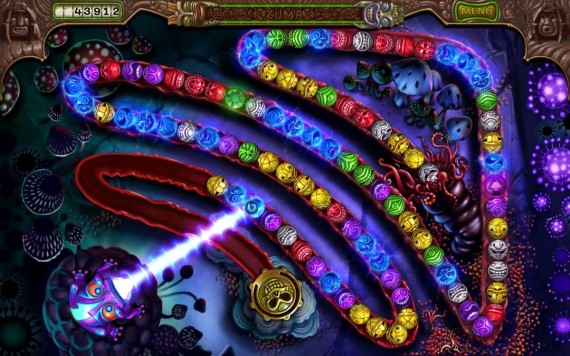 Revenge is innovative, creative, and sets itself apart from the original in a very positive way. The Xbox live modes and Leaderboards add that extra competitive edge. Some may balk at the considerably easier difficulty, but between the added weaponry, the Spirit Friend perks, and per-level progression (no more extra lives), everyone has a decent chance at completing the game. The smarter, incremental difficulty will encourage new fans to play and old fans to play again. Besides, the final boss (Zhaka Mu) is no small feat, and is daunting enough to separate the tadpoles from the frogs. The game is a blast, and the replay value is impressively high. Zuma’s Revenge is an XBLA must-have.