The time is almost upon us: the launch of Gearbox’s Battleborn. Arriving on May 3 for PlayStation 4, Xbox One and PC, this character based shooter is one of the more destructively addictive experiences that this writer has laid hands on. People who are snagging it digitally can play it 12:00 AM EST that day (that’s 9:00 PM on the second for the eest coasters). Much to my shame, I almost missed a couple of deadlines to the “just one more game” during the open beta a few weeks ago.

Boasting a lengthy single player and up to five player online co-op based story campaign, the game is riddled with the humor that added to the allure of the studio’s previous work in the Borderlands series. Couch co-op is also supported with a two player splitscreen mode. The adversarial multiplayer is where it’s at, though. Never have I found myself drawn to online gaming the way I have with this title. 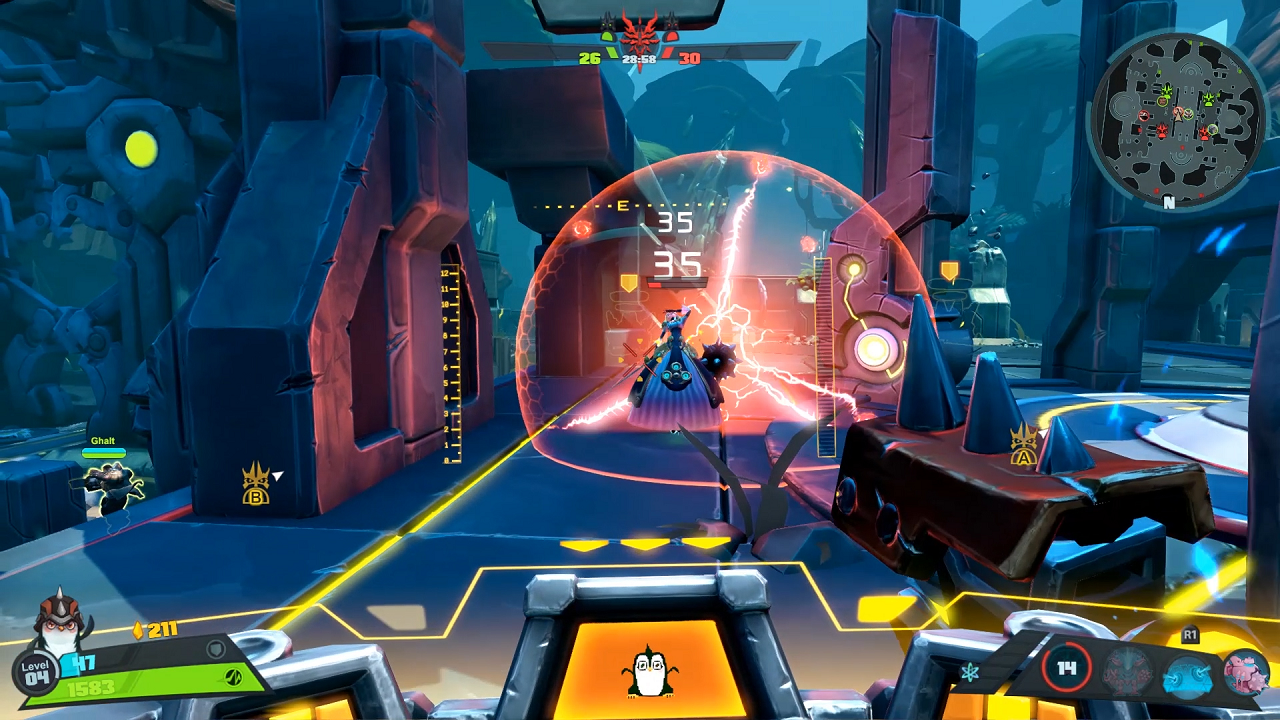 Usually, these modes wear out their welcome for me within an hour or two. This one is different. With twenty-five different characters at launch, with more to come at no charge, the variety of strategy and team dynamic is endless. Whether playing the MOBA-like Incursion Mode or the “escort and destroy” antics of Meltdown, this thing is a great time.

People who need more convincing can check out the newly released launch trailer to get a taste of what this is all about. It focuses more on the character aspects of this character based shooter, but does give a pretty good idea of the vibe of the title. Rest assured, the multiplayer gets crazier. For now, I’m biding my time until launch to pick up my copy.