Bloodstained: Ritual of the Night celebrates selling one million copies by announcing dates for its first batch of DLC coming to PC, PlayStation 4 and Xbox One on June 23 and to Switch sometime in July. This content is a Boss Revenge Mode which is a new battle arena experience and the Chroma Wheel to offer more in depth character customization. Additionally, more DLC content throughout the year has been announced. 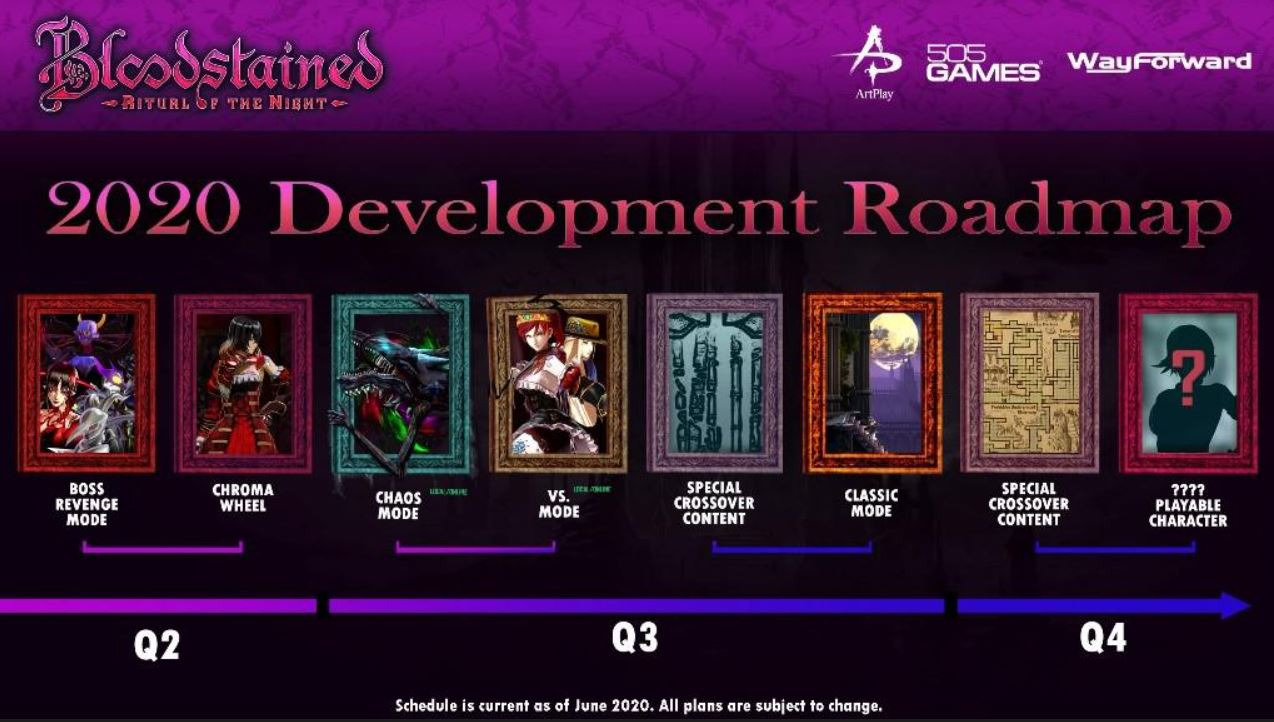 Boss Revenge Mode arrives courtesy of the Kickstarter community as a result of surpassing the $5.5 million stretch funding goal. This mode is accessible by entering the transition room in-game where players will face off against four bosses from the game in a race to get the fastest clear time.

The Chroma Wheel is an enhancement to the salon which gives players even more options to customize their character. This includes more color options for hair, clothing and skin. Players simply needs to return to the demonic scissor wielding locks-smith Todd where players can get a new look for 2020 with a true color selector that eliminates the preset options that were previously available.