As a rule, I’ve been avoiding games centered around jump scares for my recently acquired Vive. Depending on the level of caffeine currently coursing through my veins, I can either be quite stoic or rather jittery. I can just see myself throwing the set during the game as a result of being startled, assuming it’s done right. Moments intended to startle, when done poorly, are just kind of annoying. (See Five Nights at Freddy’s or any of its knock offs for an example of irritating uses of the tactic in my book.) Wales Interactive’s Don’t Knock Twice has every appearance of a title using the trick correctly.

The title is being developed in tandem with a horror movie of the same name. Starring Katee Sackhoff from Battlestar Galactica and directed by Caradog James (The Machine), it centers around an urban legend about a demonic witch. “Knock once to wake her from her bed, twice to raise her from the dead.” Now, as far as urban legends go, this one will require some explaining. If all that is needed to resurrect evil from its slumber is somebody knocking on wood at an inopportune location, then it’s a wonder that these words are not being typed from the interior of Cthulhu’s lower intestine. 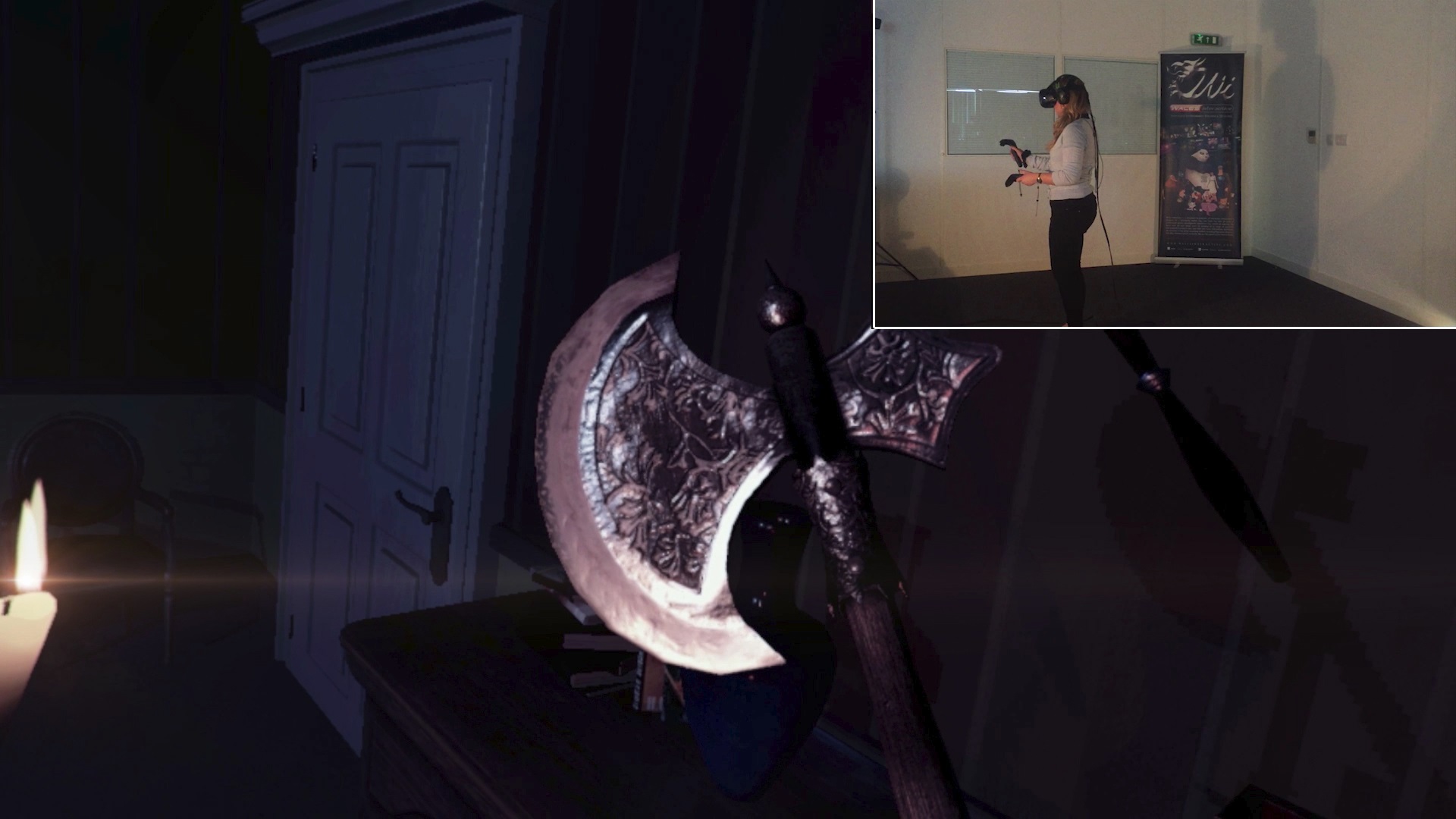 While this title can be played just fine on a regular PC, it is designed specifically for virtual reality. The in the trailer shown, the gameplay looks to be rather clever. Using implements found around the room to figure out how to get through a locked door seems to be natural. Using an ax to break it and a candle/aerosol can combination to burn it makes perfect sense. It also appears that there is a hint system in place via a cell phone to keep players from getting too stymied, which is nice.

Having only watched the video on the Steam page, that’s about it for the hard hitting information that can be given. Fortunately, there is a freshly released demo available on the storefront. For the low price of nothing, people less prone to creating $800 projectiles would be well served to check this out. I will at some point, I swear. After a couple of beers and a healthy application of duct tape to ensure a speedy headset removal isn’t possible, but I will try it.