Square Enix is looking to put their all into North America’s release of Final Fantasy Type-0 HD and today have announced and revealed a collector’s edition for the game. This special edition will include multiple bonus items including a collector’s box, 80 page hardcore artbook, golden steelbook, game disc, soundtrack, 200 page manga and Ace’s cards.

Priced at $99.99, the Collector’s Edition will be released alongside the standard game on March 17. Head over here to pre-order and watch the reveal trailer below: 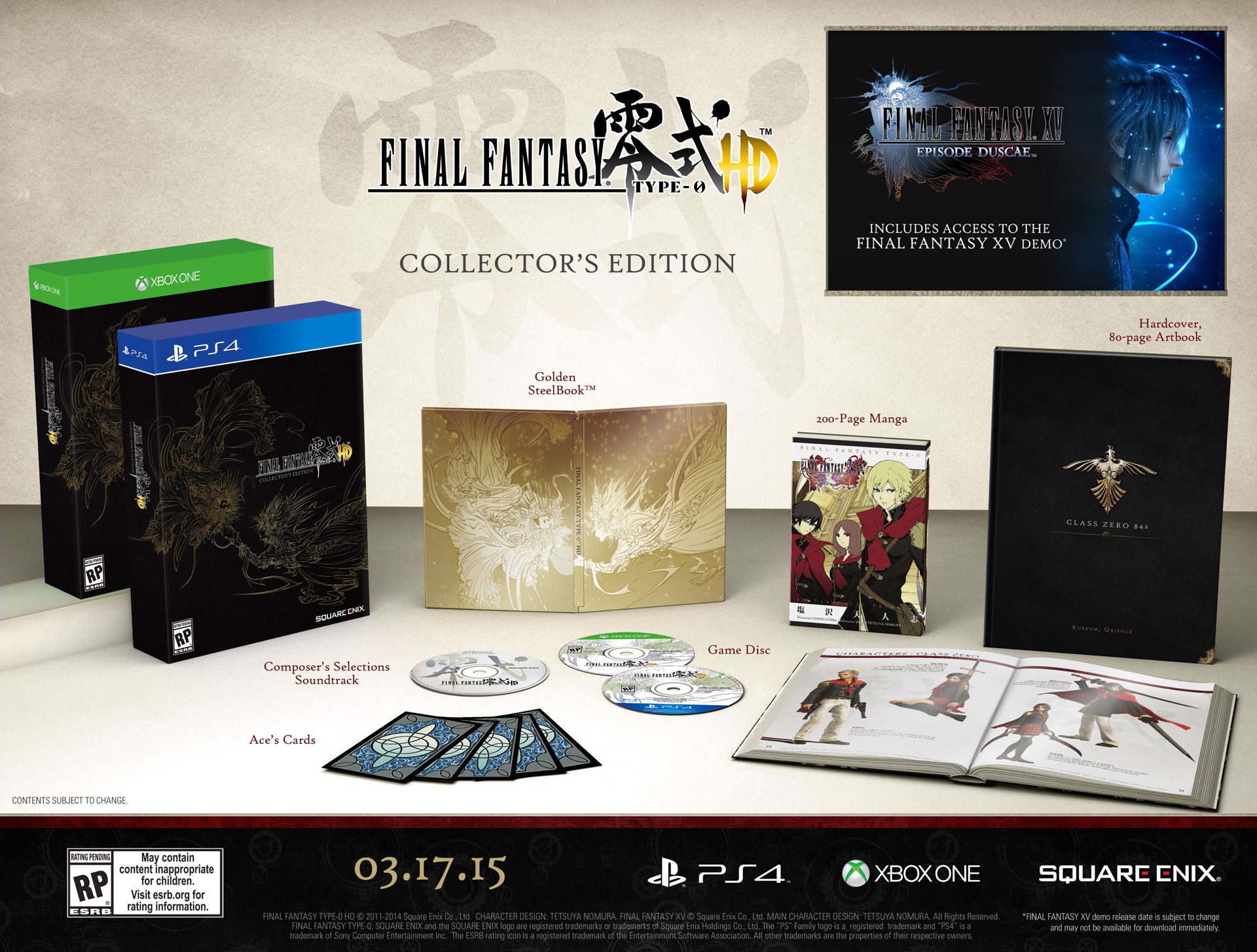