It’s been a fairly busy morning in the gaming industry and Sony Santa Monica Studios is adding to this. God of War will be releasing on April 20 and to coincide with the announcement, the developer has released a new story trailer for the game. Cory Barlog has posted a blog about the release and what it means to him. “I would love to write a long blog post here but, apparently, I have a game to get done by April 20 so I gotta get back to work as soon as possible.” Pre-ordering any edition of the game will net three legendary shield skins. On top of this, pre-ordering at any GameStop or EB Games will grant +10 Luck and 1 Enchantment Slot. Luck invluces XP gain, Hacksilver gain, and the ability to trigger perks. 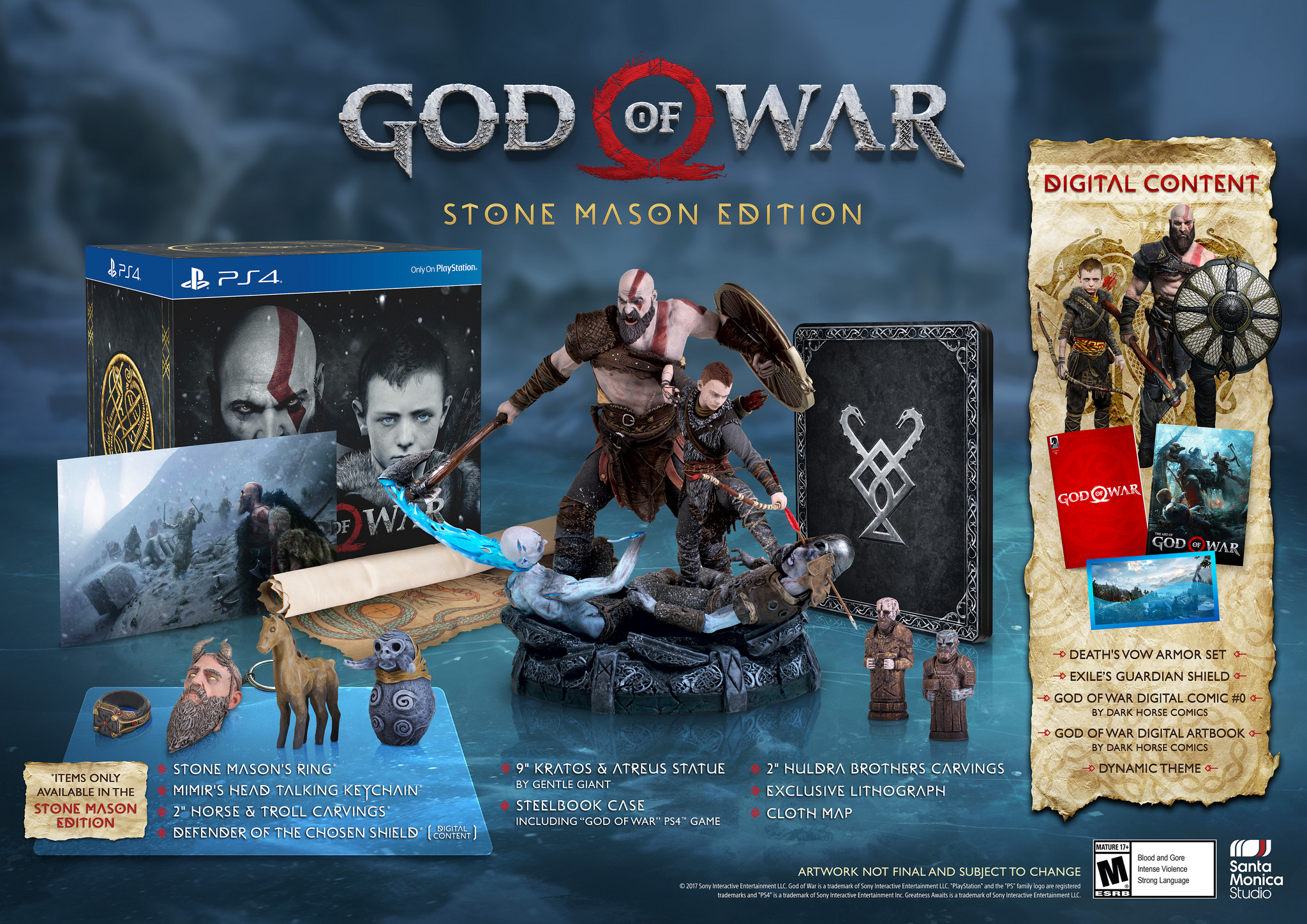 The Stone Mason Edition, which retails for $149.99, will feature a 9″ statue that was crafted by the Santa Monica Studios team in collaboration with Gentle Giant. It comes with everything from the Collector’s Edition ($129.99) and contains four very distinct and rare items directly from the game. On top of the statue, you will receive the Stone Mason’s Ring, Mimir’s Head TAlking Keychain, 2″ Horse and Troll Carvings and Devender of the Chosen Shield. It also features 2″ Huldra Brothers Carvings. This will be available only in the US and Canada. Check out the new trailer below.