There was a dark age of FPS when everything was all kinds of serious and tactical action was the rule of the day.  Outliers like Serious Sam kept the fast-action FPS alive, but it’s only in the last couple of years that games like Tower of Guns, Amid Evil, Dusk, Apocryph, and a nice handful of others have led to a welcome revival for this type of shooter.  The latest game working to join the resurgence is Hellbound, and while its Kickstarter only launched today it comes with a free Survival Mode map as proof of concept.

Hellbound wants to be a Doom-style FPS, filled with giant monsters, huge guns, demonic levels, and plenty of gory shooting to link everything together.  What it is at the moment, though, is a polished game mode that’s a little simple but feels just right.  Enemies are grunts and a giant skeletal serpent-thing, while the four weapons are a big gun, bigger shotgun, ludicrous minigun, and overpowered rocket launcher.  Each wave of survival mode introduces a new gun plus associated grunt wielding it, with the action getting faster and more intense as the level gets packed full of more enemies.  It’s pure arcade-style shooting, and feels like it would be a blast in a full-sized adventure. 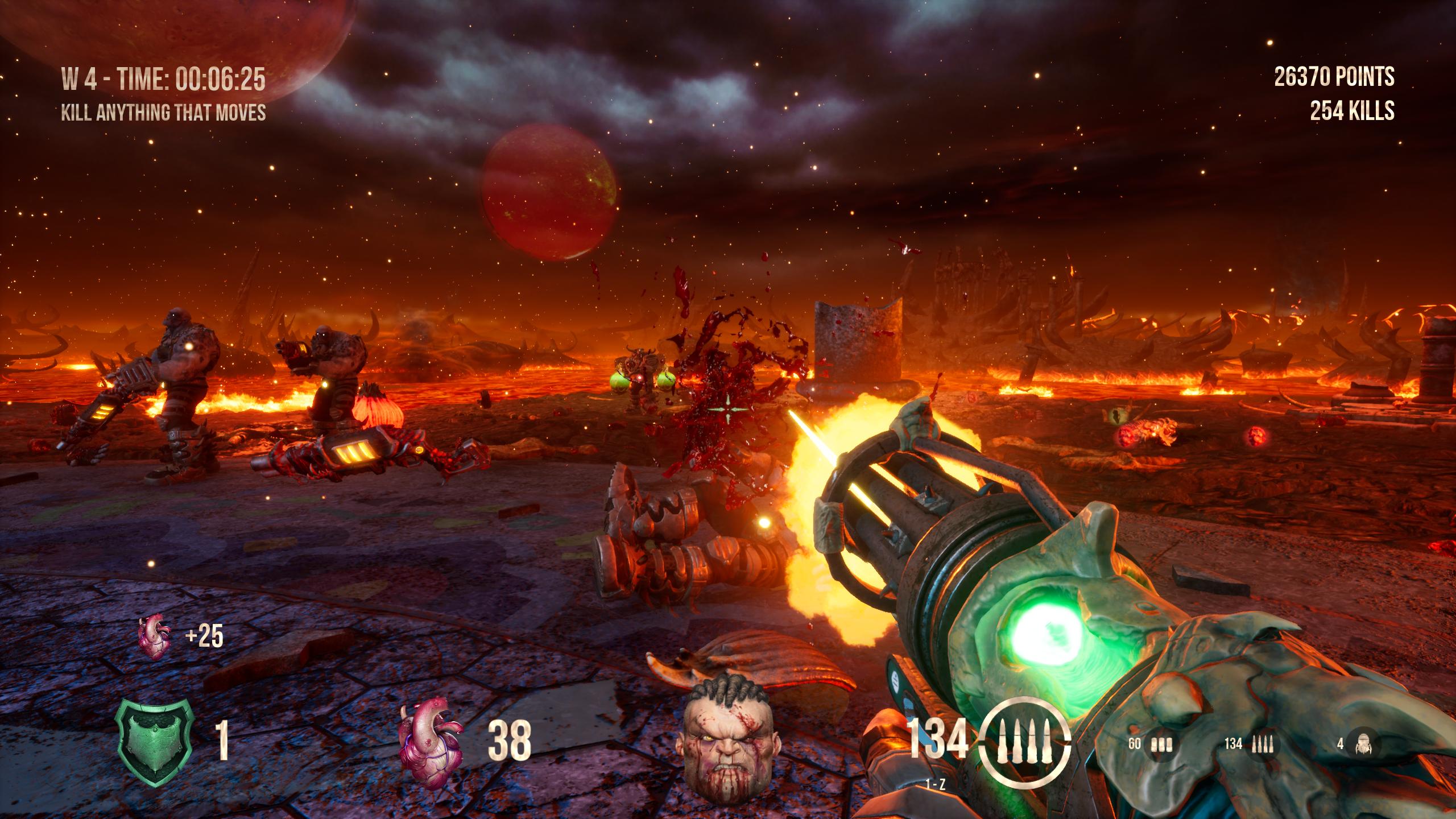 Adding to the optimism for this project is, oddly enough, the options menu.  A lot of early games are held together with duct tape and wishful thinking, which is fine for an alpha, but Hellbound feels like the groundwork is being laid down in an orderly fashion.  Common errors like the Unreal Engine sending the video to a VR headset are missing, and other quality-of-life options like inverting mouselook are present and accounted for.  Even the crosshairs have options for size and opacity, complete with viewer so you can see what you get without having to experiment.  Those are the kinds of options that help give a player give confidence a project is being thought through.

The Kickstarter has a goal of $40,000 with multiple stretch goals, but it’s worth noting exactly what that gets.  While the goal is to create a multi-chapter action-fest with multiple levels per chapter, $40,000 is simply to finish up Survival with new enemies and items plus a single level of the main game.  The $100,000 stretch goal is for a full chapter’s worth of levels, while $225,000 gets all three chapters plus cinematics.  It sounds a bit optimistic, but the reason for the low $40,000 goal is to complete enough of the game to attract investors, allowing the rest to be completed.  Whatever happens and however far the campaign goes, though, today’s release of Survival Mode is ready to play and will remain free even as it grows to completion.

Hellbound is live on Kickstarter and well worth a look, while Hellbound: Survival Mode is ready to play on Steam and already a lot of fun.