It takes a lot to become the cover athlete of any sports video game. You need guts, perseverance, dedication and skill to play the sport you love. That’s just the case with Josh Donaldson who was recently announced as the next star in the MLB The Show series.

Josh Donaldson was voted the American League Most Valuable Player for 2015 and starting third baseman for the 2014 and 2015 All-Star games. The Toronto Blue Jay worked hard to get this far and at the height of his career shows no signs of slowing down.

As the brand new star of MLB The Show 16, Donaldson will have a lot expected from him come the 2016 season. 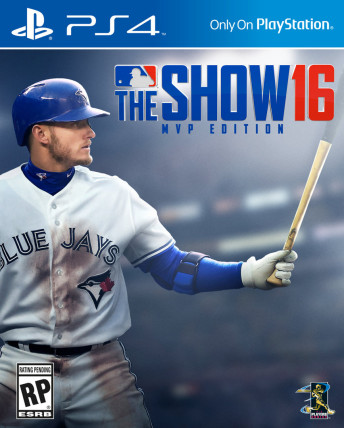 Along with the standard MLB The Show 16 are a couple of other versions of the game. The MVP Edition and Digital Deluxe Edition come with thousands of Stubs, standard packs sponsor packs and more. Additionally, there’s a pre-order bonus featuring exclusive avatars (for the PS4 version) and even more packs.

Check out the reveal trailer below to see Josh Donaldson’s debut along with more information on the different editions. MLB The Show 16 will be available only for PS3 and PS4 on March 29. Just in time for the new season!