Today Kongregate, mobile game publisher and web gaming portal, announced that it will be launching a new downloadable gaming platform this summer. This new service, called “Kartridge,” will serve as a digital storefront in a vein similar to Steam, but with a few notable differences. Players who download and play games through Kartridge will be able to level-up their accounts and earn rewards beyond achievements or trophies as they play.

On the development side of the equation, Kongregate states that “on Kartridge, developers have control.” The platform will support premium, free-to-play, pay-what-you-want and ad-supported pricing models, and will be “technology and monetization agnostic.” Developers will also be given the tools necessary to create their own custom storefront and to speak directly to their audience through the platform. 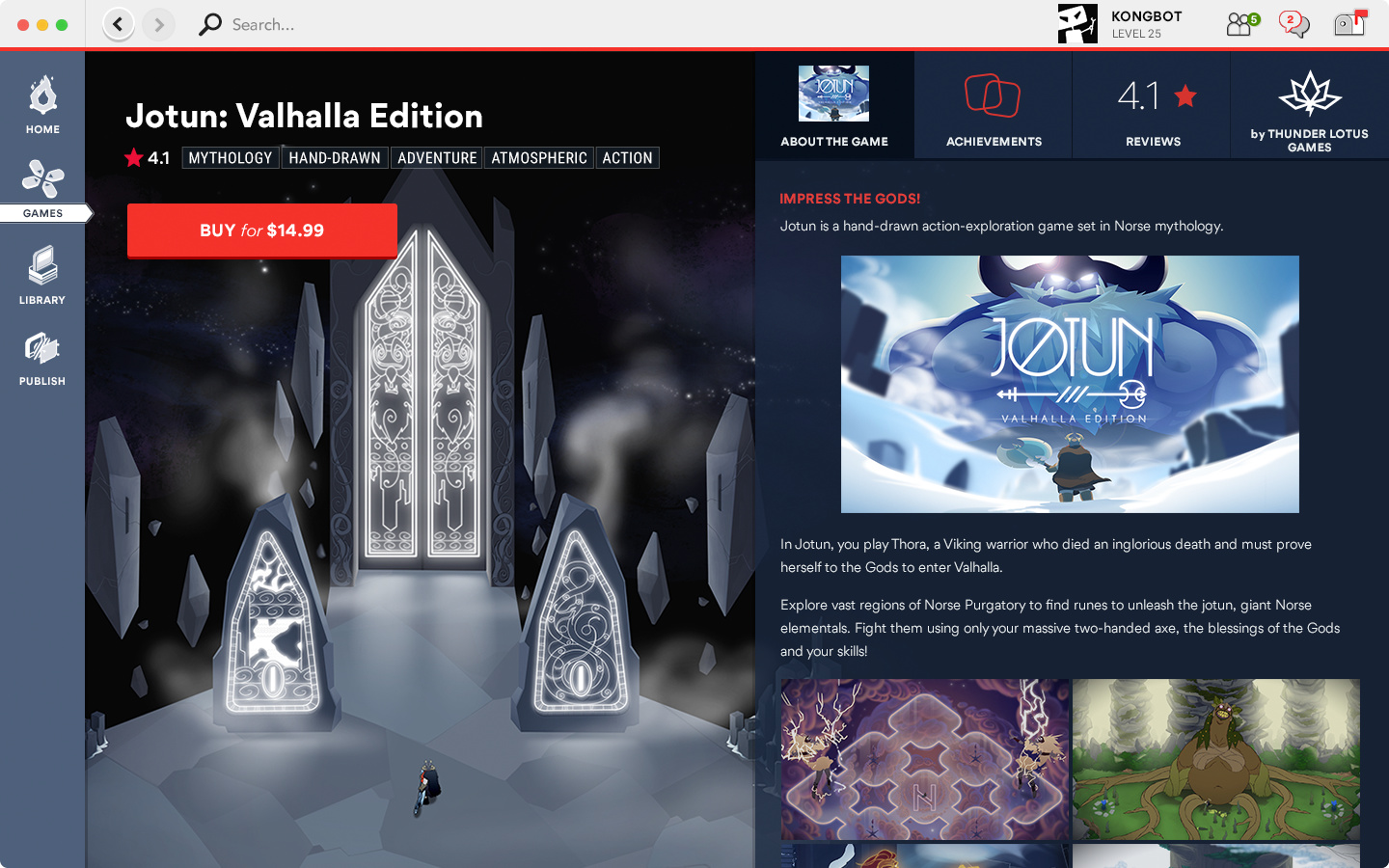 Kongregate also stated that the platform will assist players in finding the kinds of games they want to play. “Through a combination of editorial curation and algorithm-focused game surfacing, our goal is to show the right game to the right player at the right time,” said Kongregate co-founder and CEO Emily Greer. “This approach will help surface titles that are getting lost in other marketplaces and will help players find new content they didn’t know they’d love.”

According to Greer, Kartridge will not be a replacement for Kongregate. Both Kongregate.com and the company’s publishing business are to remain in operation.

The announcement was accompanied by a short teaser trailer, seen below: