Funcom and Swedish developer, The Bearded Ladies, have released a brand-spanking new gameplay trailer for upcoming tactical turn-based post-apocalyptic action thrill ride Mutant Year Zero: Road to Eden. Join Dux, Bormin and Selma as this rag-tag team of mutants bands together to search for Eden, one of the last safe havens in this post-human world. The game was announced earlier this year with some details revealed at E3, but the gameplay trailer gives fans an even more detailed look at how the game is constructed. Mutant Year Zero promises deep tactics with rich story in this XCOM-meets-Hitman installment to the tactical genre. 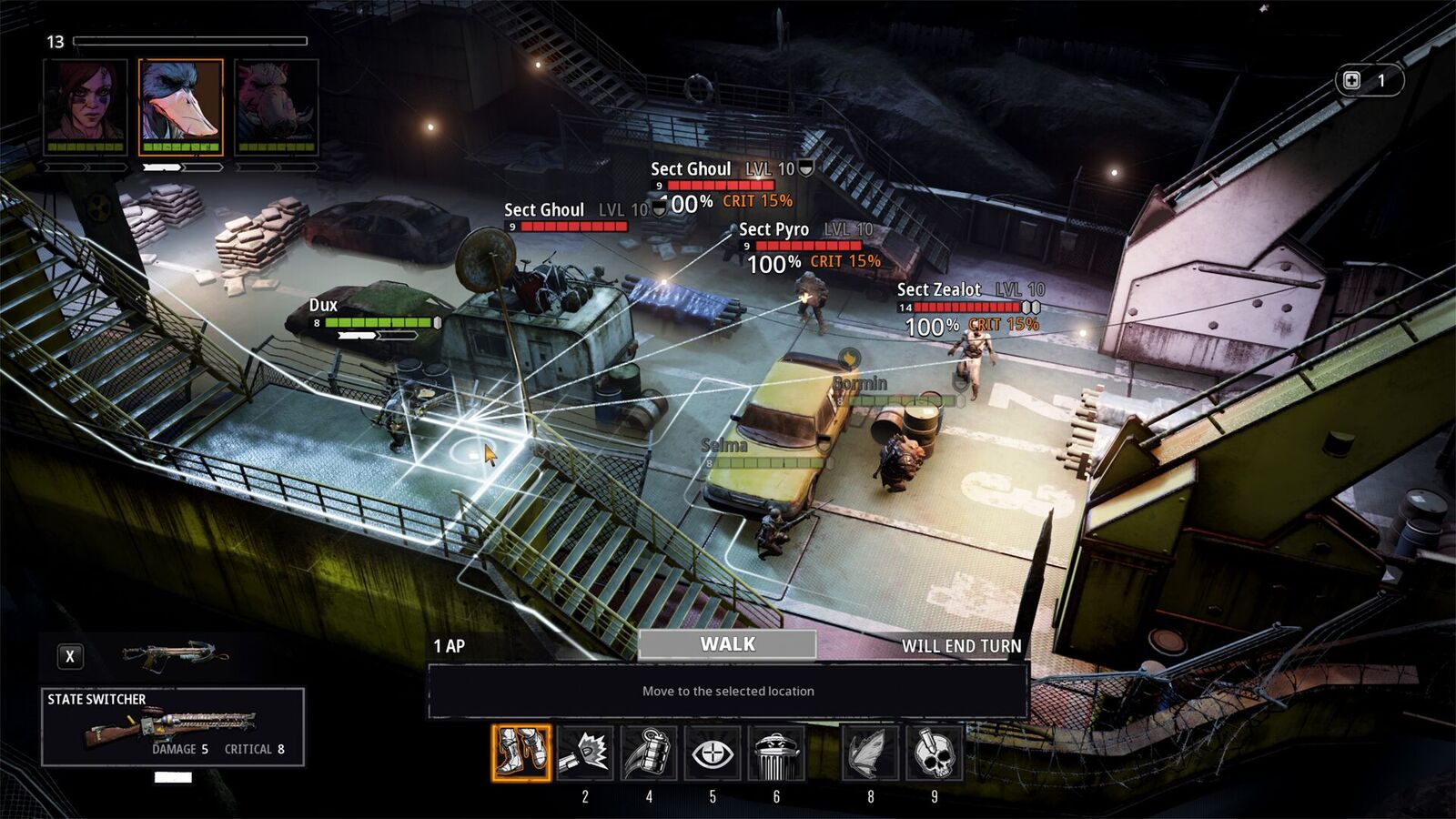 Set up your tactical advantage to get the drop on some unsuspecting suckers.

Initial impressions of the gameplay reveal heavy influences from XCOM as players can move their team of mutants on a grid layout. Each of the three characters have their own personalities and unique set of special skills to maneuver around engagements. Don’t feel like engaging an enemy head-on? No problem. Stealth is a major component of the game that allows players to sneak by enemies or set up creative positions to obtain the element of surprise. The stealth feature will come into play as you search for resources in this highly-detailed, irradiated world. With story being a key detail of the game, players are encouraged to explore abandoned cities and overgrown county-sides. Leave no stone unturned and learn the power of mutated companionship in Mutant Year Zero: Road to Eden, coming to PlayStation 4, Xbox One and PC in 2018.